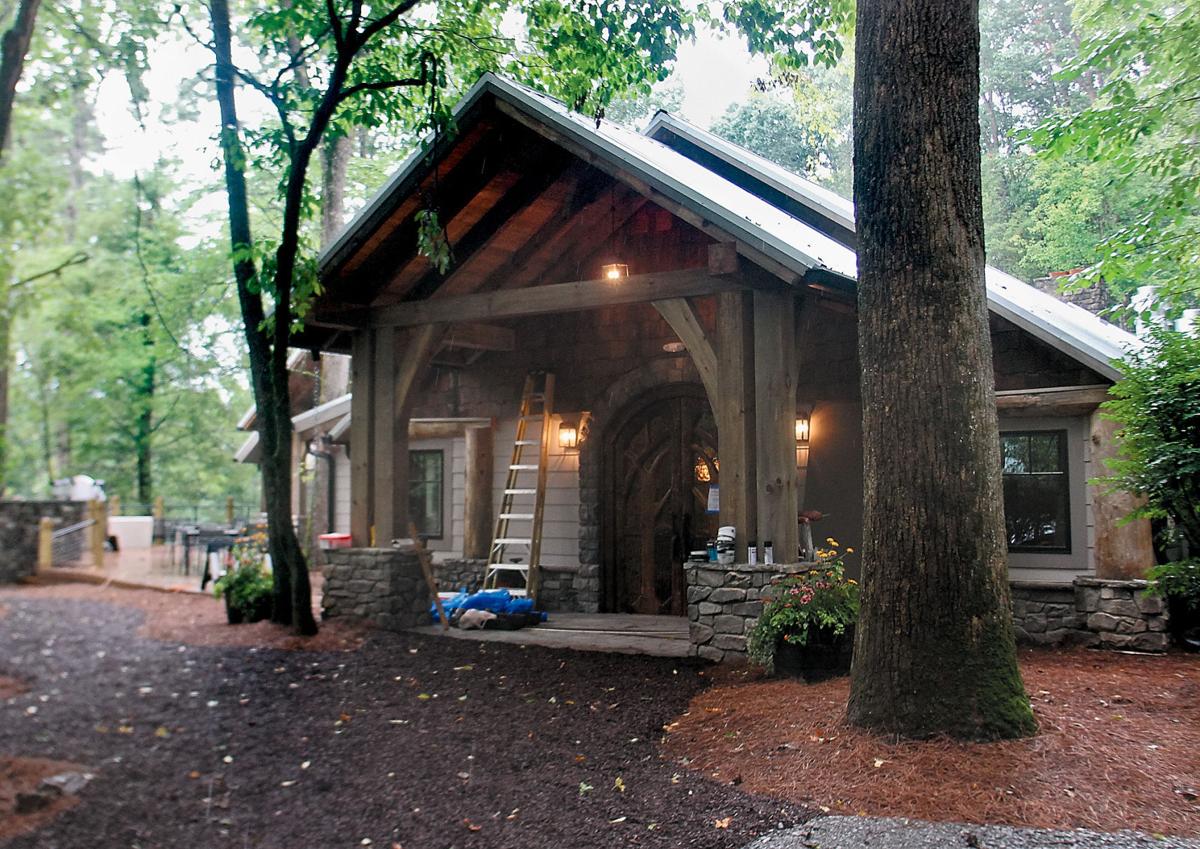 The new Dancing Bear Appalachian Bistro in Townsend will open to the public on Aug. 21. 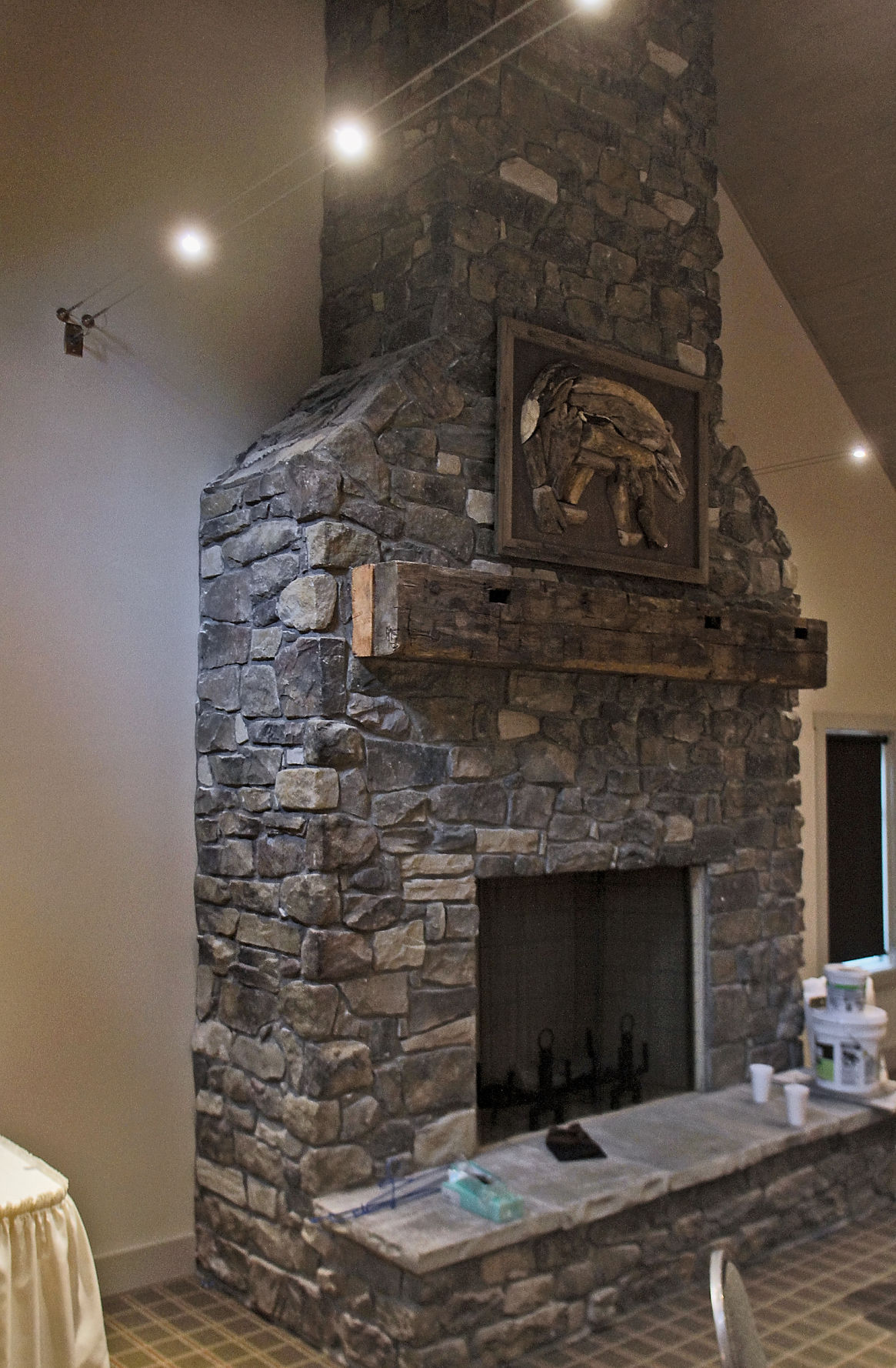 A fireplace highlights the rustic dining room at the new Dancing Bear Appalachian Bistro in Townsend.

The new Dancing Bear Appalachian Bistro in Townsend will open to the public on Aug. 21.

A fireplace highlights the rustic dining room at the new Dancing Bear Appalachian Bistro in Townsend.

A premier Townsend resort and restaurant is preparing to dance once again with the opening of the Dancing Bear Appalachian Bistro and Lodge Event Center later this month.

The farm-to-table restaurant will open to the public on Aug. 21. The opening will mark the resurrection of the Dancing Bear Lodge and restaurant that were destroyed in a fire in November 2013.

The cabins on the property were unharmed by the fire. Since the fire the 32-acre resort has operated as a cabin rental business.

After the previous owners decided to sell the property rather than rebuild, Nashville couple Mark and Sharon Oldham purchased the Dancing Bear for $1.25 million in September 2014.

The Oldhams have since purchased the Apple Valley Country Stores, and have launched a multiyear, multimillion dollar plan to integrate the two operations.

Those plans will take a major step forward with the opening of the Dancing Bear Appalachian Bistro in less than two weeks. The Oldhams consider the restaurant to be the “crown jewel” of their endeavors.

A groundbreaking was held in January.

“Our construction and design team has been working around the clock to complete the new Appalachian Bistro on schedule, and we have made great strides in accomplishing our goal,” said Mark Oldham in a press release about the upcoming opening.

In 2011, the Oldhams started extensive restorations on the StoneFort Inn in downtown Chattanooga. The boutique hotel and bed and breakfast has a restaurant inside, the Terra Mae Appalachian Bistro, which has been plugged as “one of Chattanooga’s buzziest new restaurants” by Travel + Leisure magazine.

“People in Townsend excitedly told us they traveled to eat at our other restaurant in Chattanooga, Terra Mae, just to get a preview of what’s coming here,” Oldham said.

Oldham told The Daily Times the two restaurants will be similar in cuisine and the craft cocktails the staff carefully pairs with each dish, but not in their decor.

He described the Dancing Bear Appalachian Bistro as a “casual upscale atmosphere” that is “redefining regional cuisine.”

“Our chef Shelley likes to say she’s inspired from the mountains of Maine to the hills of north Georgia,” Oldham said.

Oldham said they are “comfortable taking the road less traveled” by having an ever-changing menu centered around seasonal ingredients and locally sourced food.

“Our seasonal ingredients and fresh local produce inspire the ingenuity of our chefs,” he said. “Our menus will change often, which presents interesting challenges but will distinguish us from most restaurants.”

Reservations can be made by calling 865-336-2138 or at OpenTable.com. As of now, the Appalachian Bistro plans to be open on Thanksgiving Day, Christmas Eve and New Year’s Eve, and closed on Christmas Day and New Year’s Day, according to the Dancing Bear website.

The lodge is not the same as the one that burned down, which had 12 guest rooms, but is an event center suited for private groups, weddings, meetings, seminars and small conventions, Oldham said.

The lodge is attached to the restaurant, and fits about 100 people for seated events and 150 for cocktail-style receptions, he said.

“I’m just tremendously excited to be a part of the Townsend community,” Oldham said. “If we can just create what our predecessors did, we’d be very happy. But we’re trying to bring our twist to it. We’re trying to bring it to the next stage of what it can be.”