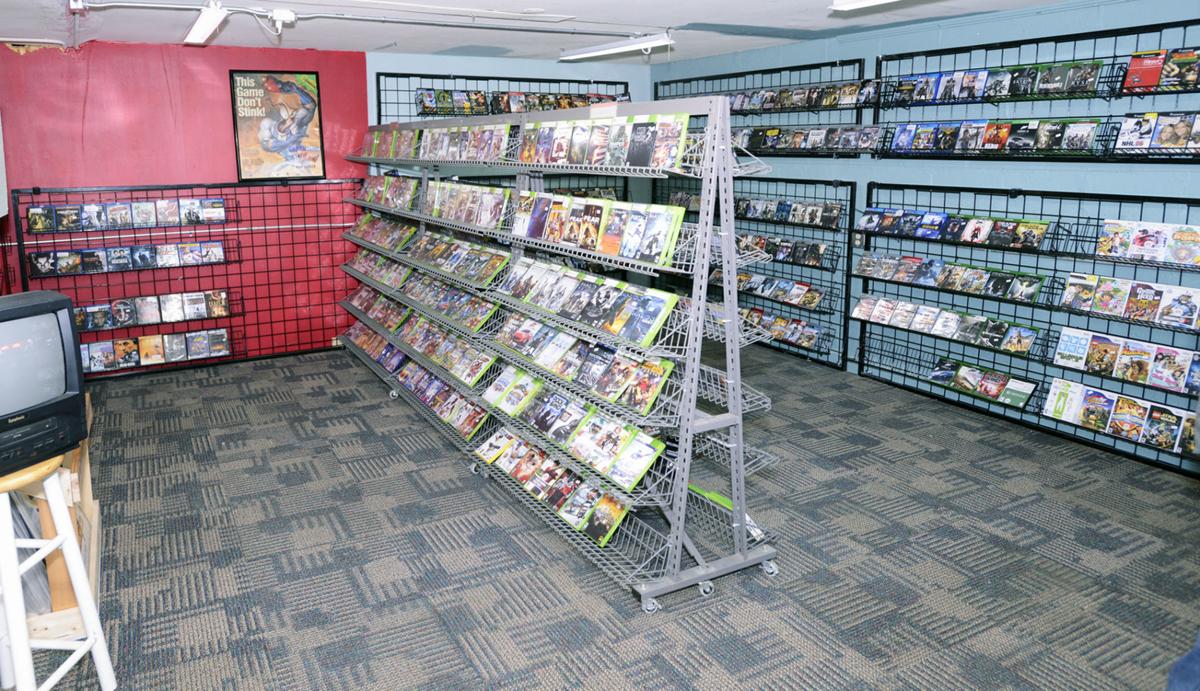 Racks of movies and video games are for sale at The Dungeon at Five Point in Maryville. 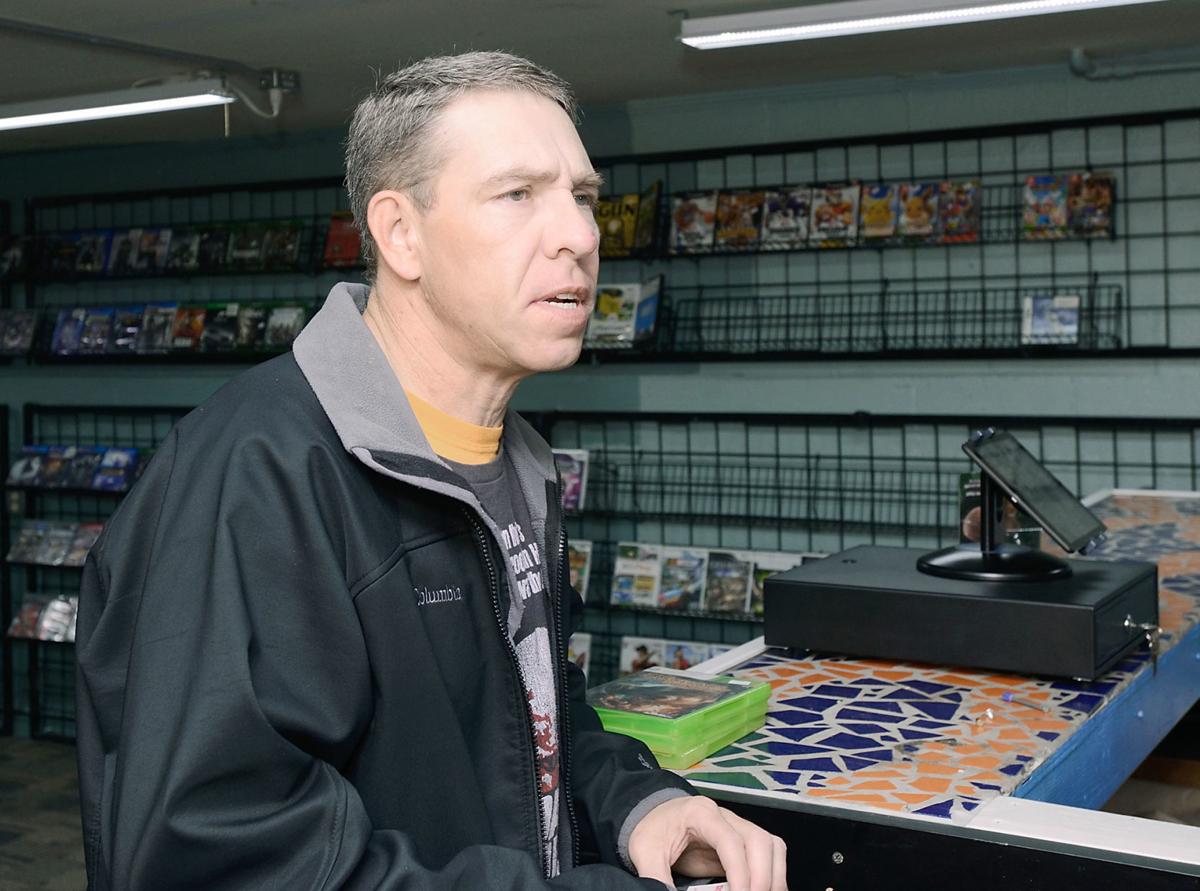 Jason Smart is the dungeon master who manages The Dungeon at Southland Books. 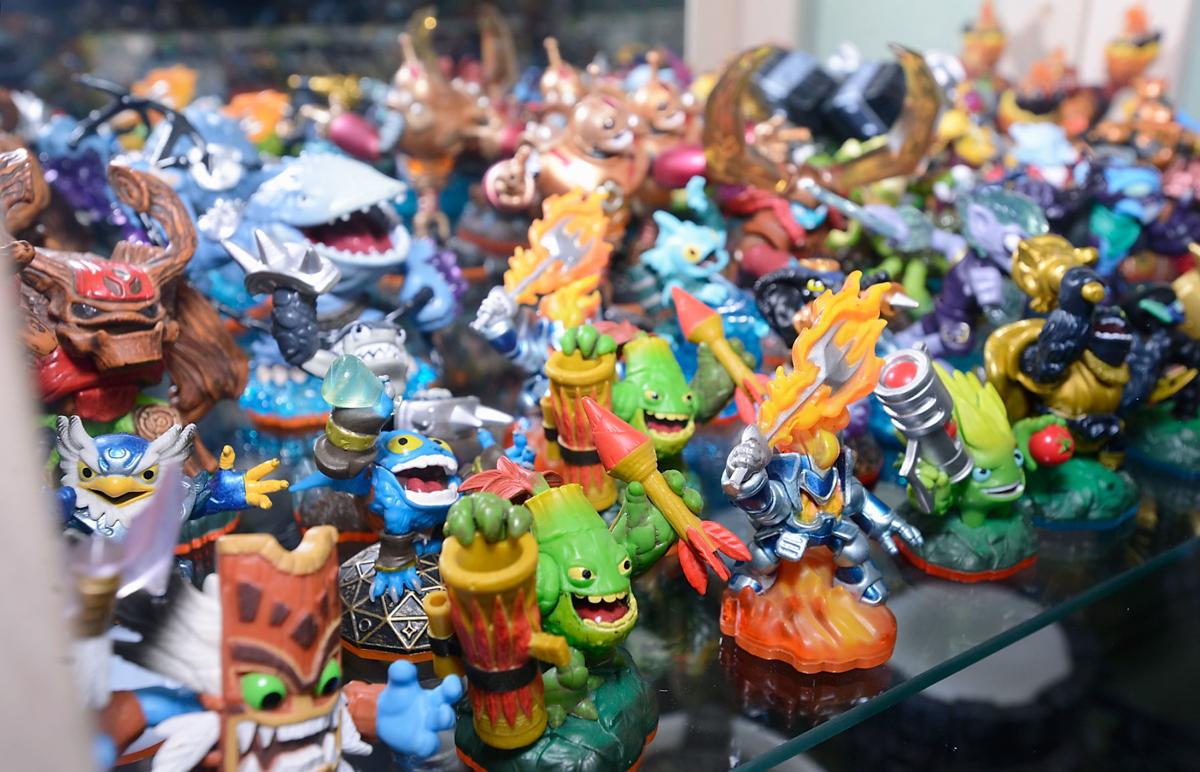 Action figures are in stock at The Dungeon below Southland Books and Cafe at 1505 E. Broadway Ave. in Maryville. 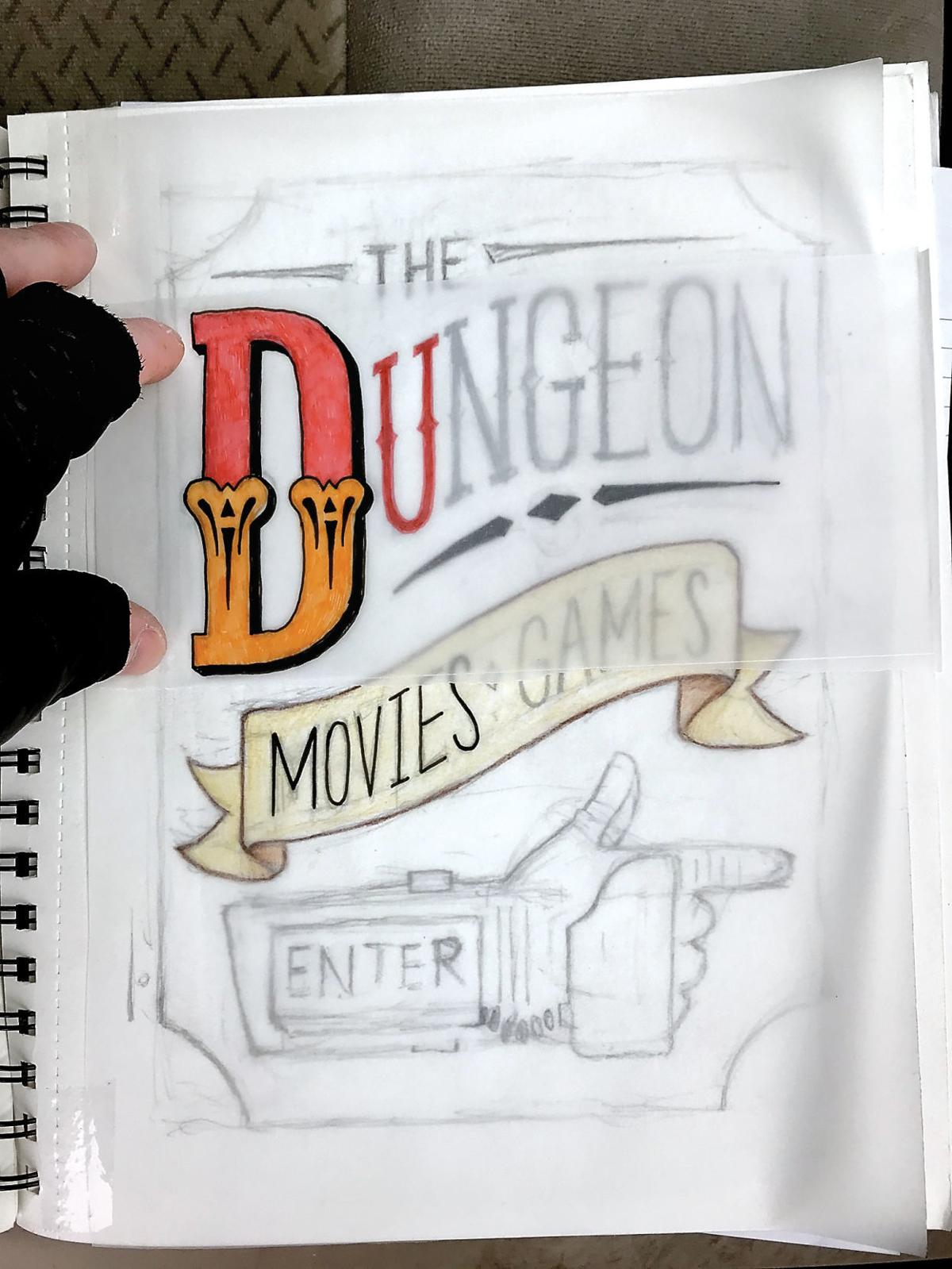 A sketch in his book preceded Will Lunsford’s painting of the mural sign at the door of The Dungeon. 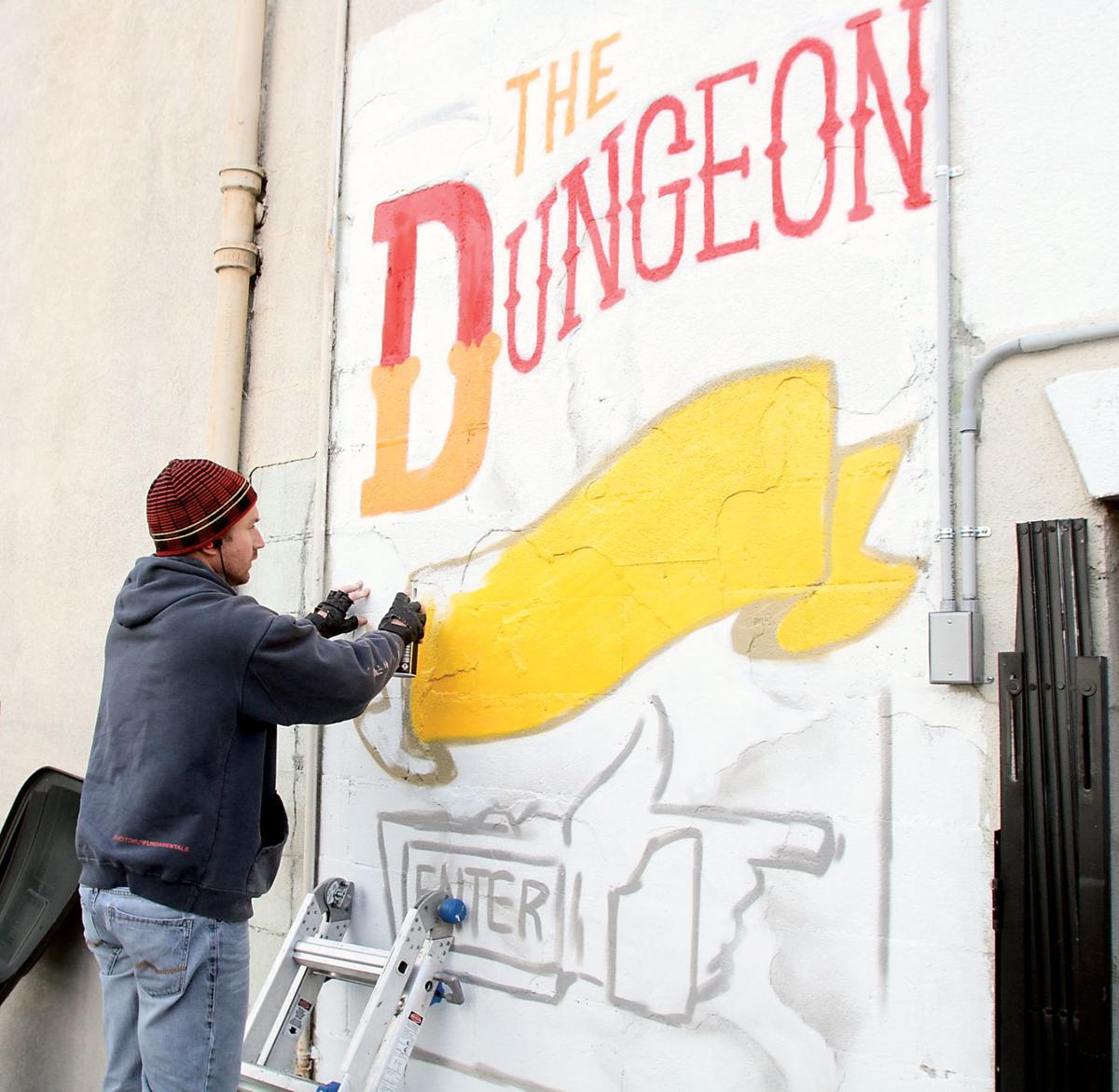 Will Lunsford paints a mural at The Dungeon which is now open behind Southland Books and Cafe on East Broadway in Maryville.

Racks of movies and video games are for sale at The Dungeon at Five Point in Maryville.

Jason Smart is the dungeon master who manages The Dungeon at Southland Books.

Action figures are in stock at The Dungeon below Southland Books and Cafe at 1505 E. Broadway Ave. in Maryville.

A sketch in his book preceded Will Lunsford’s painting of the mural sign at the door of The Dungeon.

Will Lunsford paints a mural at The Dungeon which is now open behind Southland Books and Cafe on East Broadway in Maryville.

In Britain on the BBC they called it “Upstairs Downstairs.” In Maryville it’s Southland Books and The Dungeon.

Granted, a period TV series and stores featuring artistic creations from the past aren’t exactly replicate — but old books, movies and video games, can’t they be considered period pieces?

This much is certain, Southland Books and Cafe is upstairs at 1505 E. Broadway Ave., in Maryville, and The Dungeon is downstairs and in back.

Southland Books has moved around Blount County since 1992 until co-owners Lisa Misosky and Catherine Frye put down roots by the roundabout at Five Point in Maryville. The cafe has been attached for a while. The Bird & The Book is the entry around the corner on the lower east side of the building. Just look for the big red cardinal. It’s a cafe, bar and restaurant — or just a place to hang out, read a book or hold an event.

Consider the plan in place now. The Dungeon is a store selling preowned movie DVDs, video games and some affiliated things like figurines collectible in their own right or that are used in gaming. None of it’s for rent, all for sale.

Appropriately the name needed no appropriation. To the owners, The Dungeon has always been the dungeon. Could have been called the basement or just the downstairs. But it wasn’t. It was called the dungeon, so The Dungeon it is.

Given that the manager’s name is Jason Smart, he’s familiar with how names can be significant. Since he now sells DVDs of old movies, it might have been prescient that his own name acquired a certain notoriety from a ’60’s era TV show now available on DVD, the Emmy Award-winning “Get Smart” spy spoof.

“Trust me, I got so many Maxwell Smart jokes when I was a kid,” Smart said. “Then Steve Carell from ‘The Office’ redid it as a movie, like in 2008, and it kind of resurged. People that didn’t know, all of a sudden did know.”

The Dungeon is a work in progress as DVDs and video games were still being priced and shelved this week. The exterior was in place last Friday as Will Lunsford painted the mural at the door. The painting took one day, but planning preceded it. It was Misosky who contacted Lunsford about doing the mural as a sign for the business. He’d collaborated on painting the large mural on the front exterior of Southland Books.

“I think she realizes that it is such an impact to get something large — and to utilize some of the local talent we have rather than just going to a printer and having something generic printed off. You can get something that’s completely unique,” Lunsford said. “The art, the creativity of books and literature, it just seems to go hand in hand.”

So the group talked about what would work for The Dungeon.

“When sharing ideas, the term carnival style came up. The elaborate ‘D’ comes into play, and this font here and the classic hand that you see on a lot of carnival signs. The piping on the wall made a natural border,” Lunsford said.

From Misosky’s perspective the space wasn’t being utilized to its potential. Over in Asheville, North Carolina, a friend of hers has a store that specializes in videos and games. She’s been watching what he’s been doing, interested in branching out. So he’s been assisting her and and Smart get The Dungeon up and going.

“Helping us put together all this and coaching us, and in exchange he is adding books to what he’s doing, and I’ve been coaching him on the book end of things — and Jason knows movies and video games.”

Along with the preowned videos and games, they’re also working with vendors who supply new versions of old systems, retro gaming consoles such as Nintendo NES that sometimes are preloaded with classic games.

“It’s all how trends go. You always try to tap into nostalgia,” Smart said.