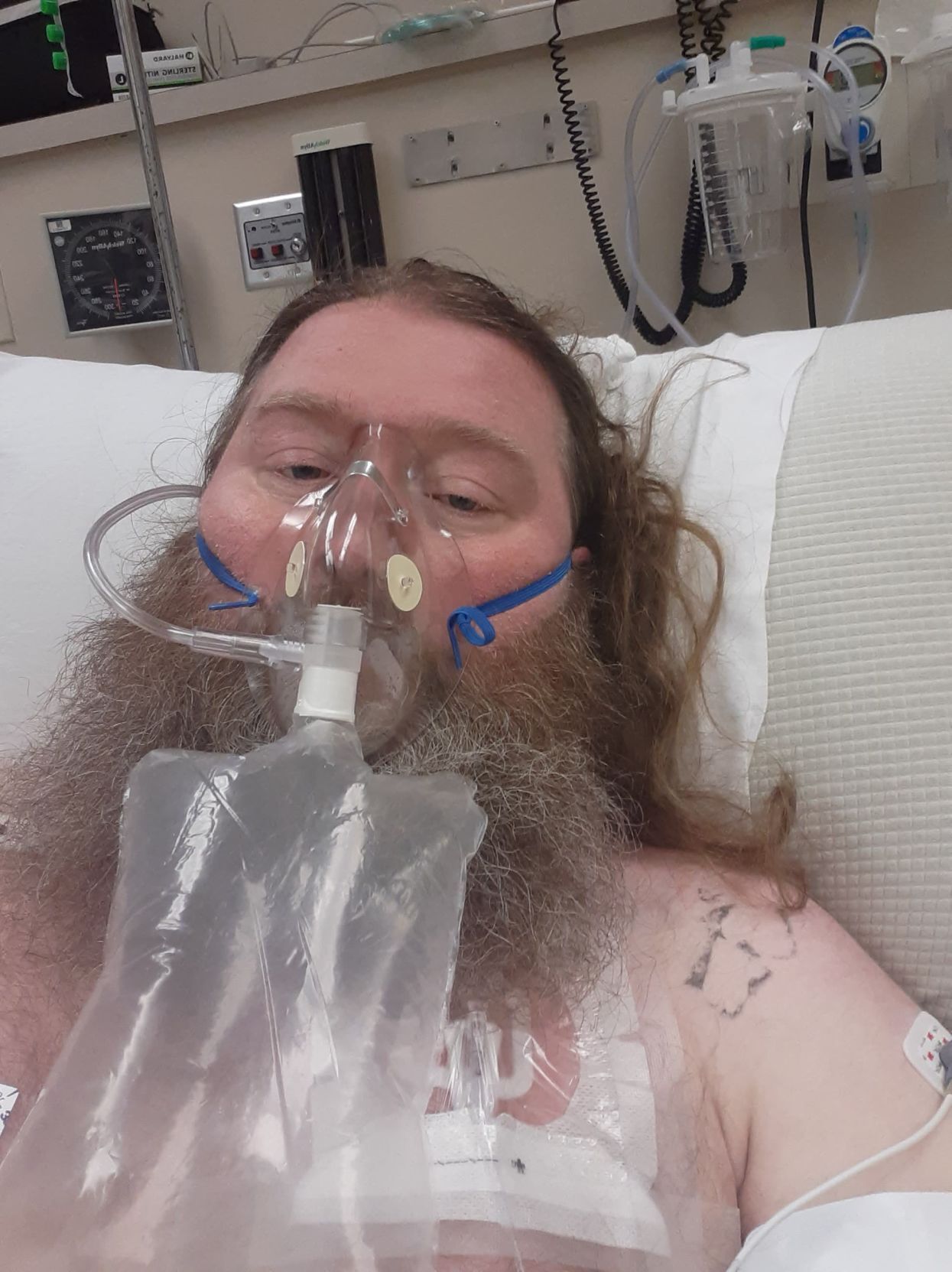 Jason McMahan is hospitalized with COVID-19. 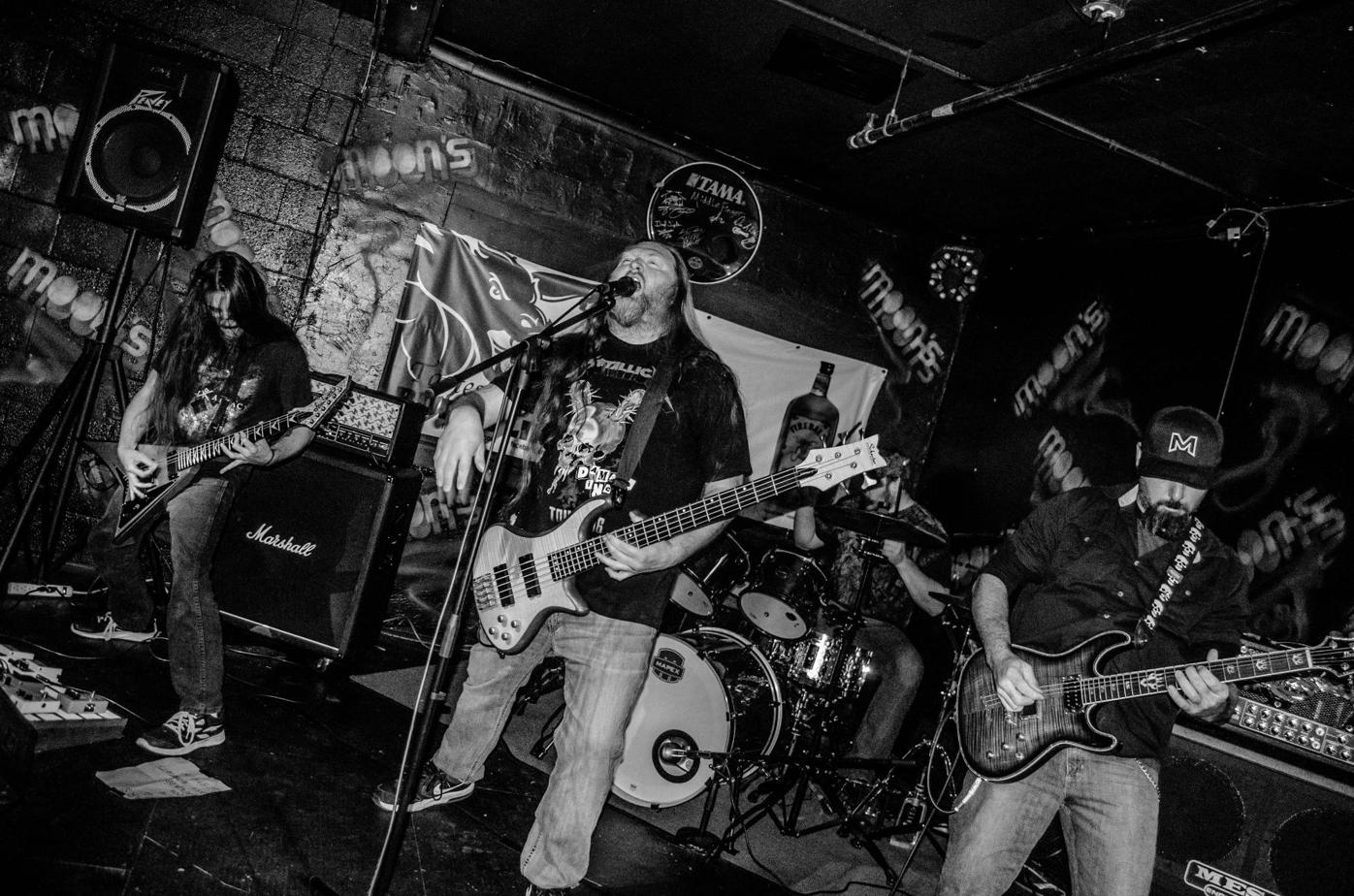 Jason McMahan (center) performs with Absent From the Body in this 2017 file photo.

Jason McMahan is hospitalized with COVID-19.

Jason McMahan (center) performs with Absent From the Body in this 2017 file photo.

As the longtime entertainment writer for The Daily Times, there are few musicians still playing who were around when I started covering music in Blount County back in 2001.

Jason McMahan, however, is one of them. If you’re a regular at USA Super Pawn on Washington Street, you’ve probably met him; if you’re an old metal head who’s been a part of crowds at various venues around Knox and Blount counties, you’ve probably seen him on stage with one of his numerous bands over the years.

The first time I interviewed him was back in 2004, when as a member of Hallowed Refuge, he opened up about a particularly dark time in his life — and by “dark,” I mean it literally. He played black metal, he studied serial killers, and he even fantasized at one point about taking the life of a random stranger, just to satiate internal urges he can only describe as evil.

A random act of kindness, however, changed everything, and when he gave himself over to God, he was transformed. He still looks the part of the long-haired Viking who might wield a battle axe just as capably as he does a guitar, but you’re unlikely to meet a kinder, gentler soul ... who also happens to be one of the scene’s figureheads, because of his dedication to the craft and the way in which he lives his faith rather than simply talking about it.

Don’t just take my word for it, however.

“Jason is a top-shelf person in all aspects,” says Chris Casteel, the founder of Night Owl Music, a promotional company that booked countless metal shows throughout East Tennessee over the years, many of them featuring McMahan’s various projects. “He is kind, hard working, dedicated, personable and an absolute thunderous presence on stage.”

“He is a good person in all aspects — friend, musician, husband and father,” adds Chris “Syn” Wright, vocalist for the band Scent of Remains and another Blount metal stalwart. “I’ve never heard or experienced anything negative from him or about him. He has such an open-minded soul, and he never judges. It’s breaking my soul to watch what’s he’s going through.”

Faith, however, can be tested, and right now, McMahan is undergoing one of the most rigorous trials of his life. He’s approaching Day 50 of hospitalization for complications from COVID-19, and there’s no end in sight. Lying in the convalescent center Select Services of Knoxville, over in the Fort Sanders community, we chatted this week via Facebook, because he’s on oxygen and too weak to speak at length. After defeating cancer in 2018, the 1996 William Blount High School graduate thought that when he and his family — his wife and two children, ages 17 and 20 — were first diagnosed with the coronavirus, it seemed like no big deal.

“We decided as a family to still separate and quarantine for two to three weeks before work and regular life again,” he writes. “People would help and drop off food and medicine on our porch. (COVID) itself was similar to flu in ways with loss of taste and smell and weakened system being the only real difference. After (testing) negative, I returned to work, and other than tiredness I was doing OK.”

A week or so later, however, he was plagued by shortness of breath. After getting checked out at the hospital, he was sent home with steroids and antibiotics and told to return if there was no improvement. A few days later, he was admitted to Blount Memorial Hospital, where, after five days, he was weaned off of oxygen and could walk short distances without feeling out of breath. Although he was discharged, his primary care physician was alarmed when he could barely walk into the office a few days later and sent him back to the hospital.

And so began what feels like an eternity of hospital beds, hospital gowns and hospital food. After 15 days at Parkwest Medical Center in Knoxville, he was transferred to a nursing home, but after every small period of improvement, there was a setback.

“The first week, I was doing great,” he writes. “I could hear the ‘Rocky’ theme music, and I was fighting this thing. Then the infection came back, and the pneumonia became too severe for (the nursing home) to treat, so it was back to Parkwest for a week before they decided I need long-term care.”

It’s not a battle he’s fought alone: The music community of which he’s been an integral part has provided an outpouring of support and encouragement, and his bandmates in Absent From the Body are patiently holding down the fort while he works toward the day when they can celebrate the recent completion of their second album.

“The metal music community has definitely been a big part (of) my encouragement and support,” he writes. “Being in a band for years, you tend to make some good friends, and they become like a family to you. My brothers in Absent From the Body have been very understanding during these times and continually pray for me.

“Becoming an ordained minister only a week after finding out my cancer was in remission back in 2018 was such a great blessing. I’ve been studying a lot on the ‘where is God in the desert’ situation, and going through this, I have remained strong in my faith. However, as a human being, my hope diminishes at times, and I cry out to God with the ‘why me?’”

And yet he remains a steadfastly, quietly devout inspiration, which is why so many have rallied to his side. Despite the emotional support, however, his absence from work has been a huge financial hit on his family. A GoFundMe page has been set up to help with expenses, but it’s still been a hard road for a guy who managed to work even through his cancer battle and chemotherapy treatments. After his cancer was declared in remission back in 2018, he adds, he thought that the worst of his health battles were behind him. COVID, however, had other plans, and it seems to have resulted in one physical setback after another.

“As far as COVID goes, I understand that some barely get sick, (and) when I had it in December, it wasn’t that big of a deal,” he said. “But the after effects got me, and now I have COVID ‘ground glass’ and pneumonia in (my) lungs. I wouldn’t wish this on my worst enemy. I’m bedridden and can’t sit up without (oxygen) dropping and (my) heart racing. Eating is almost impossible, and they are discussing a feeding tube. I’m on a ... ventilator and have two blood clots in (my) legs. This is not just a cold or the flu, unfortunately.”

Absent From the Body online: www.facebook.com/absentfromthebody/

This is not just a cold or the flu, unfortunately.

I was hospitalized eighteen times in three years, mostly with flare ups and pneumonia. For me, the chronic widespread pain takes my breath away more than the disease itself. At times the pain is so severe I find it difficult to do anything. My life was gradually coming to an end, until I saw World Herbs Clinic on google during my research for alternative help for IPF.. I knew health is wealth thus I decided to give it a try, thank God I did. I got the Lungs disease formula four working days after placing an order. OMG I started noticing change in my breath after one month of taking the herbs formula, My IPF was completely reversed after THREE months of usage. Now i'm happy and free from this deadly disease.