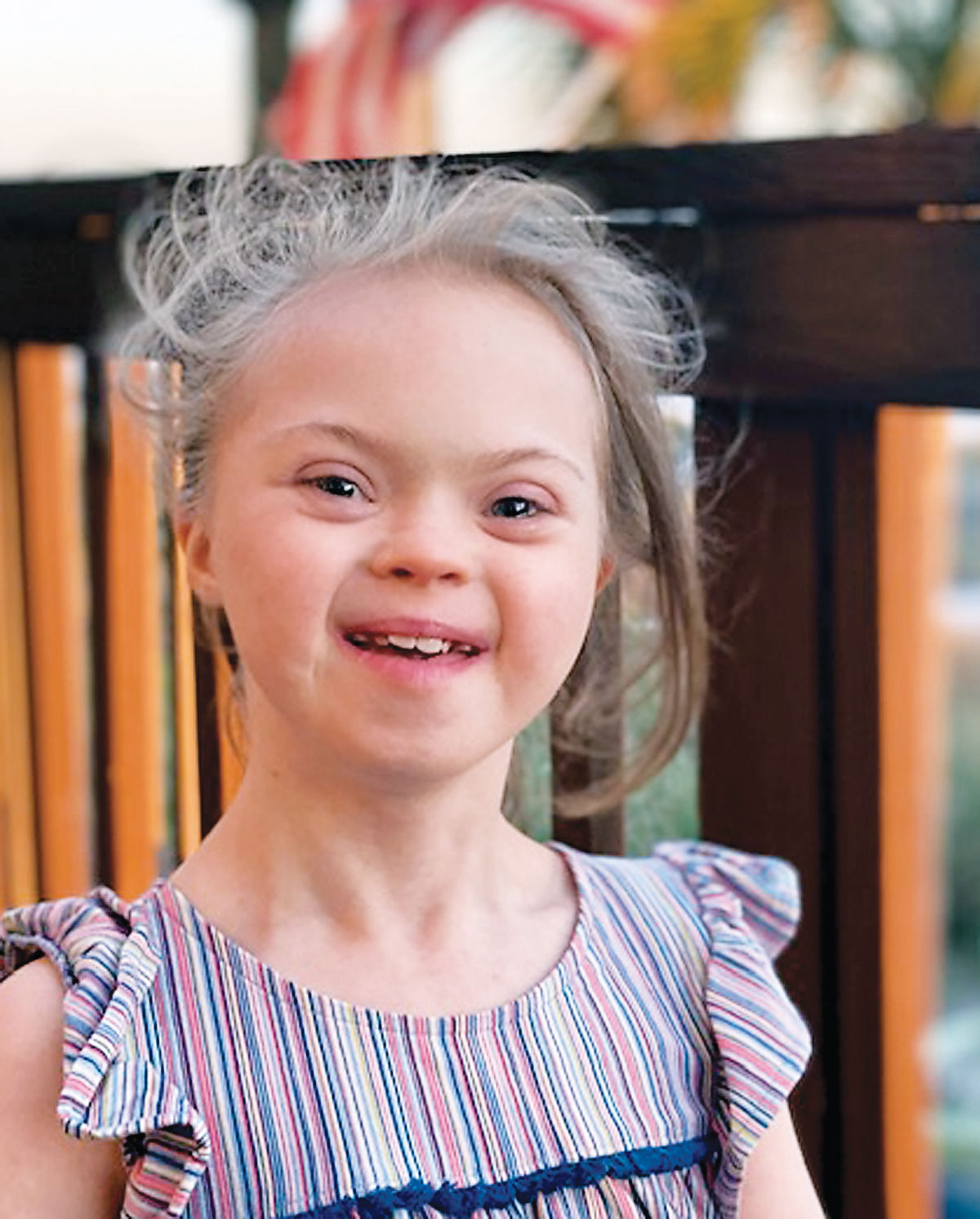 This photo of Molly Rader, 9, appeared on the JumboTron in Times Square in New York City on Saturday, Sept. 18. Molly is the daughter of Dustin and Amanda Rader, of Maryville. 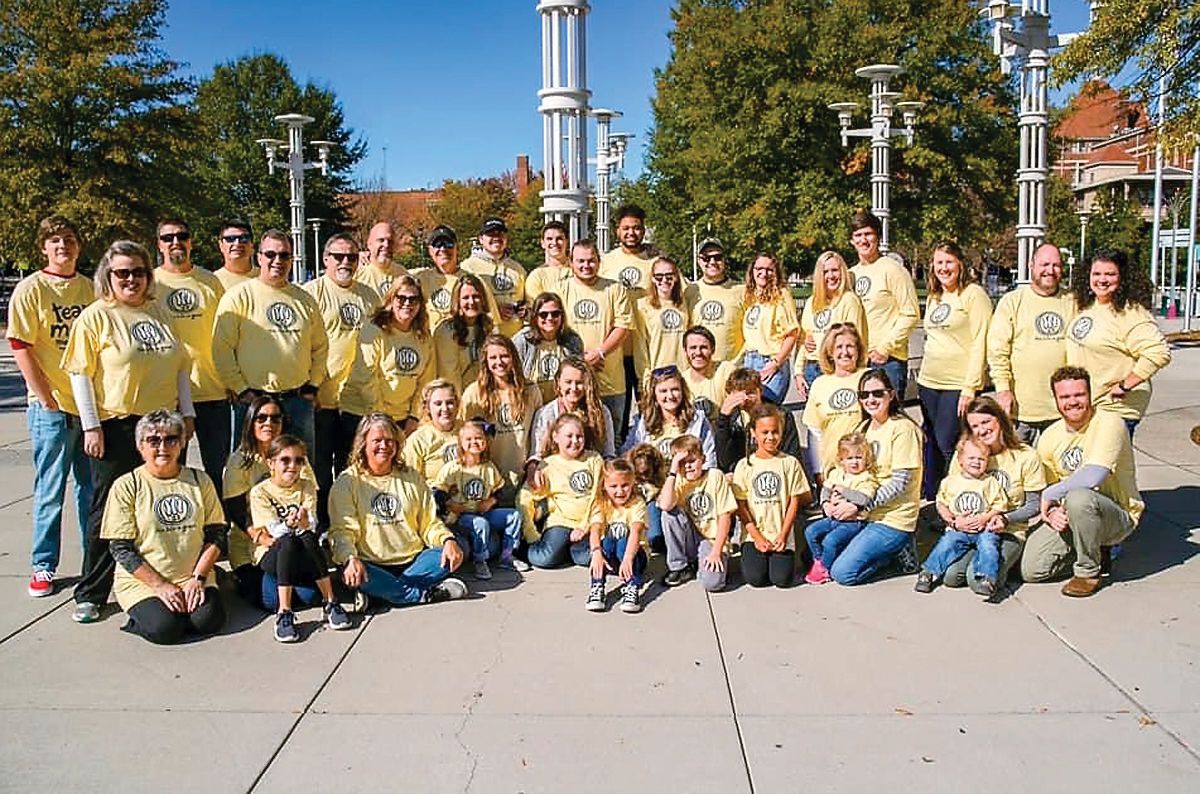 Team Molly poses at a recent Buddy Walk in Knoxville. Molly Rader is a student at Sam Houston Elementary. 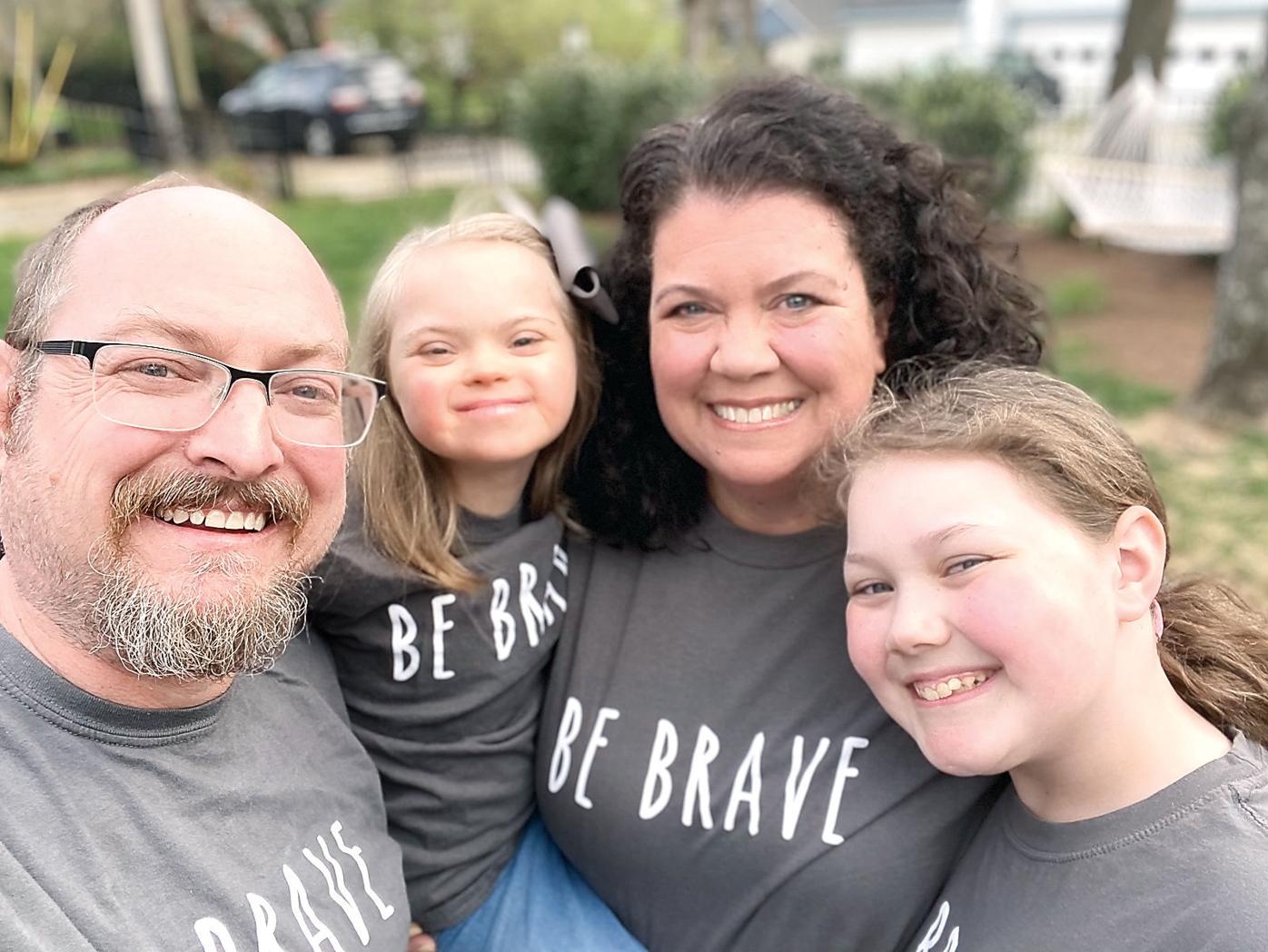 This photo of Molly Rader, 9, appeared on the JumboTron in Times Square in New York City on Saturday, Sept. 18. Molly is the daughter of Dustin and Amanda Rader, of Maryville.

Team Molly poses at a recent Buddy Walk in Knoxville. Molly Rader is a student at Sam Houston Elementary.

Walkers and workers along Times Square in New York City on Sept. 18 morning got a dose of East Tennessee cuteness and strength when Molly Rader’s photograph was displayed on the gigantic JumboTron screen.

Molly, 9, lives in Maryville with her parents, Dustin and Amanda Rader, and her four siblings. She is part of an annual National Down Syndrome Society Times Square Video presentation meant to raise awareness and support for families with children with Down syndrome; the video also kicked off several Buddy Walks that will take place across the nation.

Down syndrome occurs when an individual has a full or partial extra copy of chromosome 21. It is the most commonly occurring chromosomal condition, with about one in every 700 babies in the United States born with it.

Life expectancy has increased dramatically over the years, from 25 in 1983 to 60 today. The syndrome is named for the English physician, John Langdon Down, who characterized the condition.

If it were any other year besides this one in the middle of a pandemic, Amanda said the family would have planned a road trip to be in Times Square early Sept. 18. It would be fun to see Molly and her reaction, her mother said.

This Maryville family has been very active in the NDSS and its Buddy Walks. There is one coming up in Knoxville on Oct. 24 and this team already is working toward raising lots of money that will be used to help local families.

“The money raised goes toward things like camp for children with Down syndrome,” Amanda said. “Also assistance including technology and equipment that insurance doesn’t cover.”

Molly attends Sam Houston Elementary School but is doing so virtually this year. She is immunocompromised, her mom said, and it’s too risky to send her to the classroom.

The one-hour video that was presented in Times Square on Sept. 18, included about 500 photographs including children, teens and adults with Down syndrome from all 50 states. Amanda said Molly’s photo was be shown between 10:10 and 10:20 a.m. and can be viewed on the NDSS Facebook page. It was livestreamed.

The Raders have participated in every Buddy Walk since Molly was born. This will be the 10th one, Amanda said. The family gets college friends from across the country to sign up for Team Molly by purchasing team T-shirts.

Last year’s T-shirt theme was Be Brave, Amanda said. This year’s will focus on kindness. This family designs its own shirts every year.

“We have had 100 people on our team,” Amanda said, adding that thousands of dollars have been raised because of Molly and her dedicated supporters. That money goes to the Down Syndrome Awareness Group of East Tennessee.

The National Down Syndrome Society is the leading human rights organization for all individuals with Down syndrome. It was founded in 1979.

The National Buddy Walk Program has been going on since 1995. Today, more than 200 Buddy Walks take place in cities across the country.

The 2020 Buddy Walk was a virtual event due to COVID. Amanda said the 2021 walk is still on the calendar for Oct. 24 at World’s Fair Park in Knoxville.

Molly and her family moved to Maryville from Knoxville. They are the founders of a theater group in Blount County called Broadway Center for the Arts. Dustin and Amanda also own Beyond Media LLC.

Molly’s interests include music, dancing, horseback riding and the beach. She will also begin acting with Broadway Center for the Arts when she is old enough, Amanda said.

On Saturday morning, Molly and her family took time to watch the Times Square video that features her. Then it was back to work spreading awareness and building their Buddy Walk team.

October is Down Syndrome Awareness Month, a great time for a Buddy Walk, Amanda said. It will take place from 1-4 p.m. on Oct. 24.

“This is a great event, a whole lot of fun,” she said.

To learn more about the Buddy Walk, visit www.buddywalk.org. To support the Rader family's team, go to www.ds-stride.org/knoxvillebuddywalk/profies/team/298.