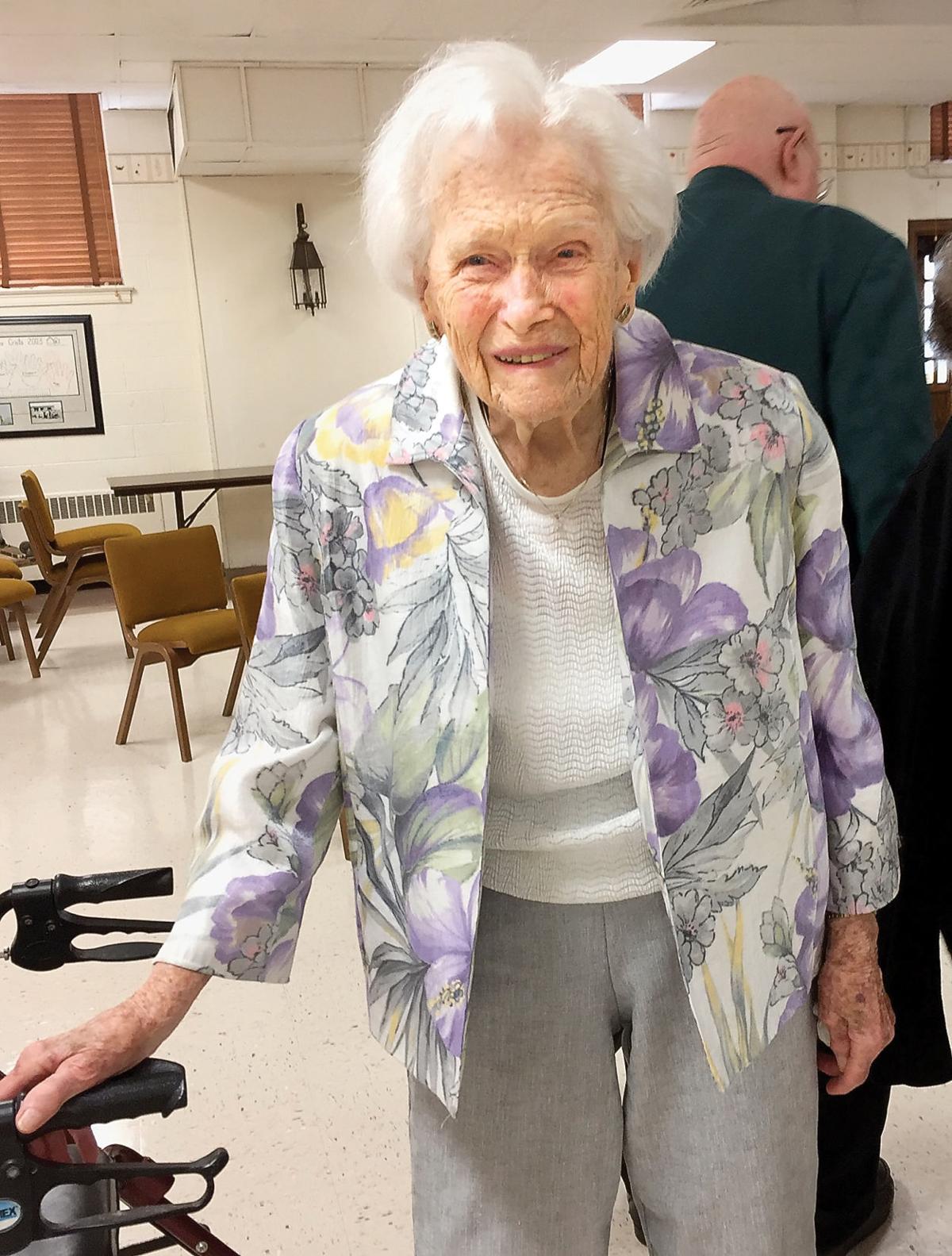 Lois Murphy will celebrate her 105th birthday Saturday. She has lived in Blount County her entire life and graduated from Maryville College. 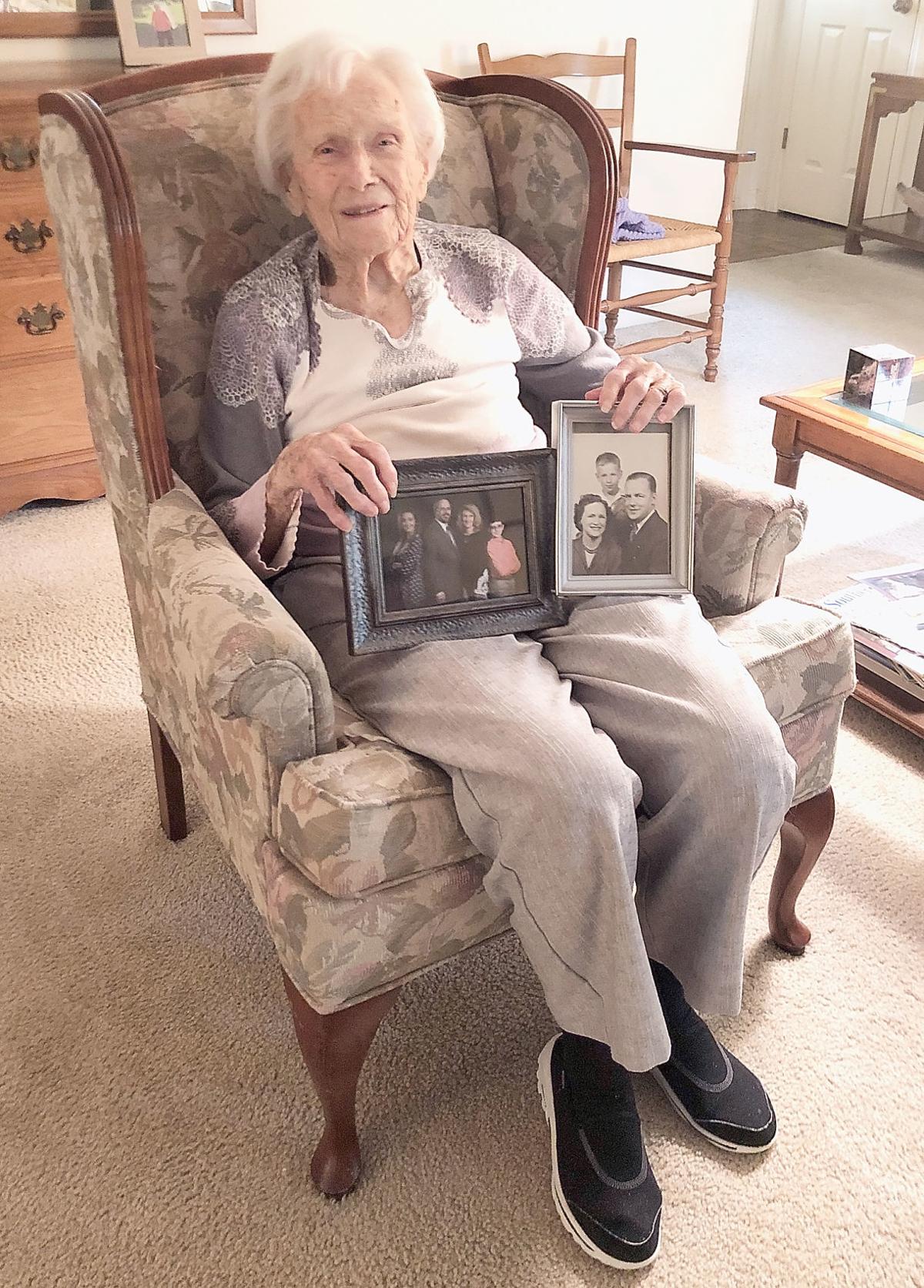 Lois Murphy holds two pictures — one of herself and husband Jud with son Robert. The other photo is of Murphy's granddaughter Lisa Rotton and her husband Jeff with their children Kaitlyn and Preston. 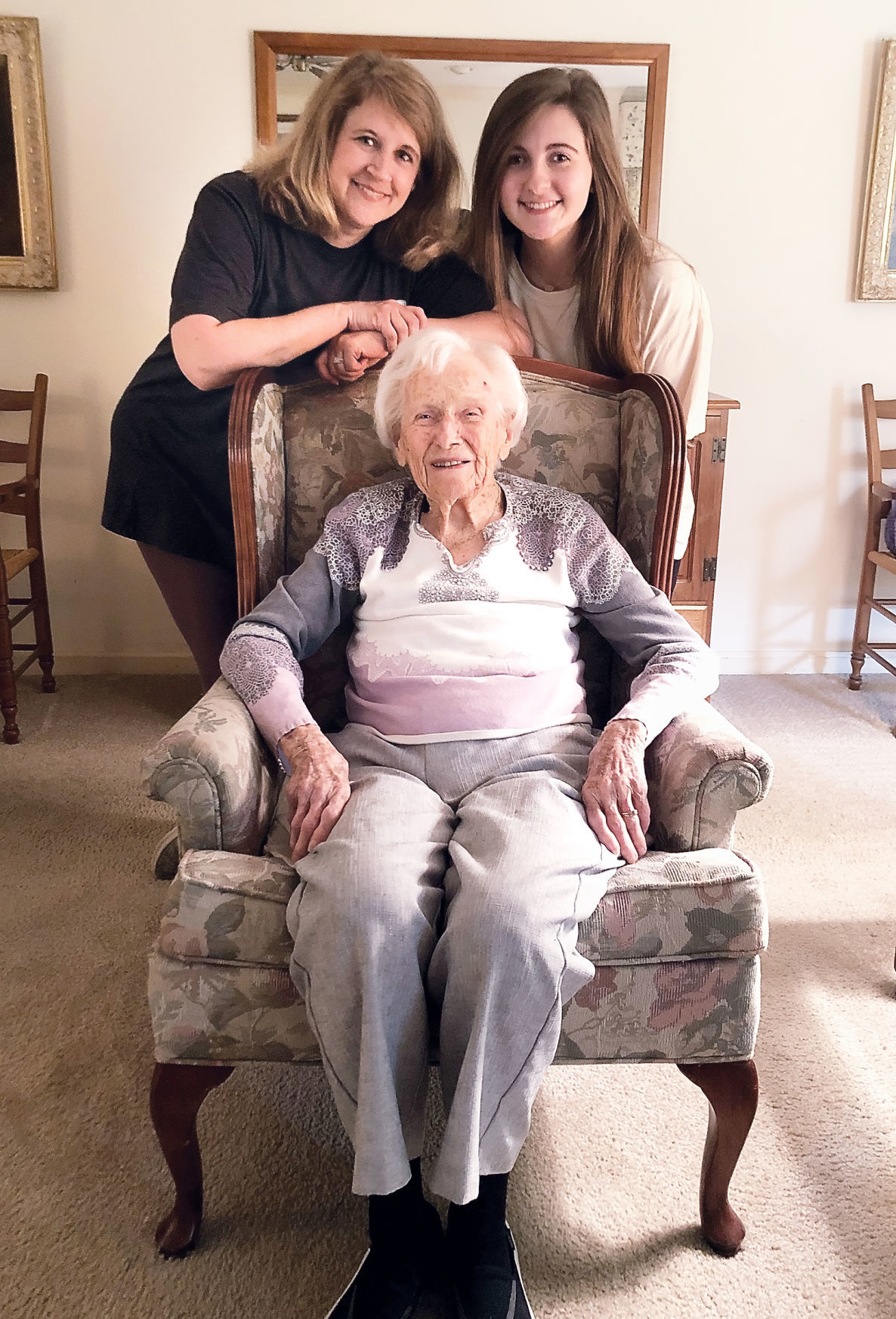 Lois Murphy will celebrate her 105th birthday Saturday. She has lived in Blount County her entire life and graduated from Maryville College.

Lois Murphy holds two pictures — one of herself and husband Jud with son Robert. The other photo is of Murphy's granddaughter Lisa Rotton and her husband Jeff with their children Kaitlyn and Preston.

You would think she’s in her 80s the way she acts, close friends and family members of Sarah Lois Brown Murphy have said many times. That might not seem a compliment until you learn that Murphy turns 105 on Saturday.

“Her mind is as sharp as a tack,” granddaughter Lisa Rotton said.

Murphy has lived in Maryville her entire life, with the exception of a couple of years when she and her husband, the late Judson “Jud” Murphy, lived in a lake house in Louisville. To say her roots run deep here is a proverbial understatement. The daughter of Jessie McCully and Ernest C. “Brownie” Brown, Murphy was born on May 23, 1915, in a home on Boardman Avenue. She attended Eastside School, which later became Fort Craig Elementary School. Murphy went on to graduate from Maryville High School in 1933 and Maryville College in 1937 with a French major.

She became part of The Trio, the Maryville native said. She and two close friends, Lillian Crawford and Ruth Proffitt, were inseparable. It seems they even made a pact of sorts as young women, with each pledging to marry a minister.

Murphy almost made it to the altar with hers. She said he took her home to meet his parents in Philadelphia and confessed to Murphy that he didn’t really want to be a minister; that was something his mother had pressured him into. He had wanted to be a doctor.

Finding the right one

“Well, I handed him the diamond right back,” Murphy said. “All three of us wanted to be ministers’ wives. I gave him the ring back. In the end, I got a better man.”

The other two did marry ministers. Jud, however, was the son of a Methodist minister. He was the right one, Murphy said. They were married for 61 years, exchanging vows on June 15, 1940. He died in 2002.

It was convenient for Murphy to attend Maryville College as she lived next to the campus, on Court Street. “It was just a walk through the college woods and the baseball field and I was there,” she explained. “I always thought I missed out on not having a dorm life, but I lived too close.”

Murphy’s dad was one of 10 children. His family lived in what is now the Thompson-Brown House, a historical home that sits just across from Blount Memorial Hospital on Lamar Alexander Parkway. He also worked at Maryville College, with the male students who were working their way through college.

“She has memories of visiting her grandparents and being in that cabin,” Rotton said of Murphy.

Lois and Jud have one son, Robert, who passed away in 2010. He is Rotton’s dad. Rotton and her husband Jeff have two children: Kaitlyn, 23, and Preston, 15.

It was on a blind date that Lois and Jud met. She rode the bus to Knoxville with another couple to meet him. The foursome enjoyed a meal at S&W Cafeteria and then a Shirley Temple movie at the Tennessee Theatre. They dated for several months before marrying.

After graduating college, Murphy taught second grade at Porter Elementary School, but gave that up after marrying.

Rotton and Murphy recalled that Jud didn’t know how to swim and had a fear of falling overboard on a Navy ship. He made a promise that he never had to keep.

“He said he would give an Oldsmobile to anyone who jumped in to save him,” Rotton said of her grandfather.

Murphy has received numerous birthday cards marking this momentous occasion, many of them coming from her home church, New Providence Presbyterian. She is, of course, the oldest member there. She said she’s always been there.

“I was born and raised at New Providence,” Murphy said. “I was baptized there and married there. I raised my son there.”

Phyllis Warner is a friend from New Providence. She described Murphy as someone who definitely deserves recognition for the birthday milestone. They are in the same Sunday school class.

“I think of how sharp she is; her memory is fantastic,” Warner said. “I have never known anyone that age who can remember things that happened.” Warner added that Murphy never misses church. It is a friendship that Warner cherishes.

There are so many memories this 105-year-old can share. She had one brother, Robert, who loved math and science and nurtured that passion to become a chemist at DuPont. “He was the one who would chase you around the house with a bug in his hand,” Murphy said.

The pandemic has kept her home and away from one of the things she truly loves, her church. Because she doesn’t have a computer, she hasn’t been able to watch the services from the comfort of her home. She sang in the choir for 30 years and served as an elder.

Besides her mind being “sharp as a tack,” Murphy has been blessed with good physical health, too. She only takes two prescriptions and her daily vitamins. She said she must have inherited her dad’s genes; she never remember him ever needing to see a doctor.

As for her secret to longevity, Murphy said she doesn’t have one.

“I don’t know, I really don’t,” she said when asked how she has managed such a long and quality-filled life.

“I tell the good Lord I am ready at any time,” she explained. “He hasn’t called me yet.”