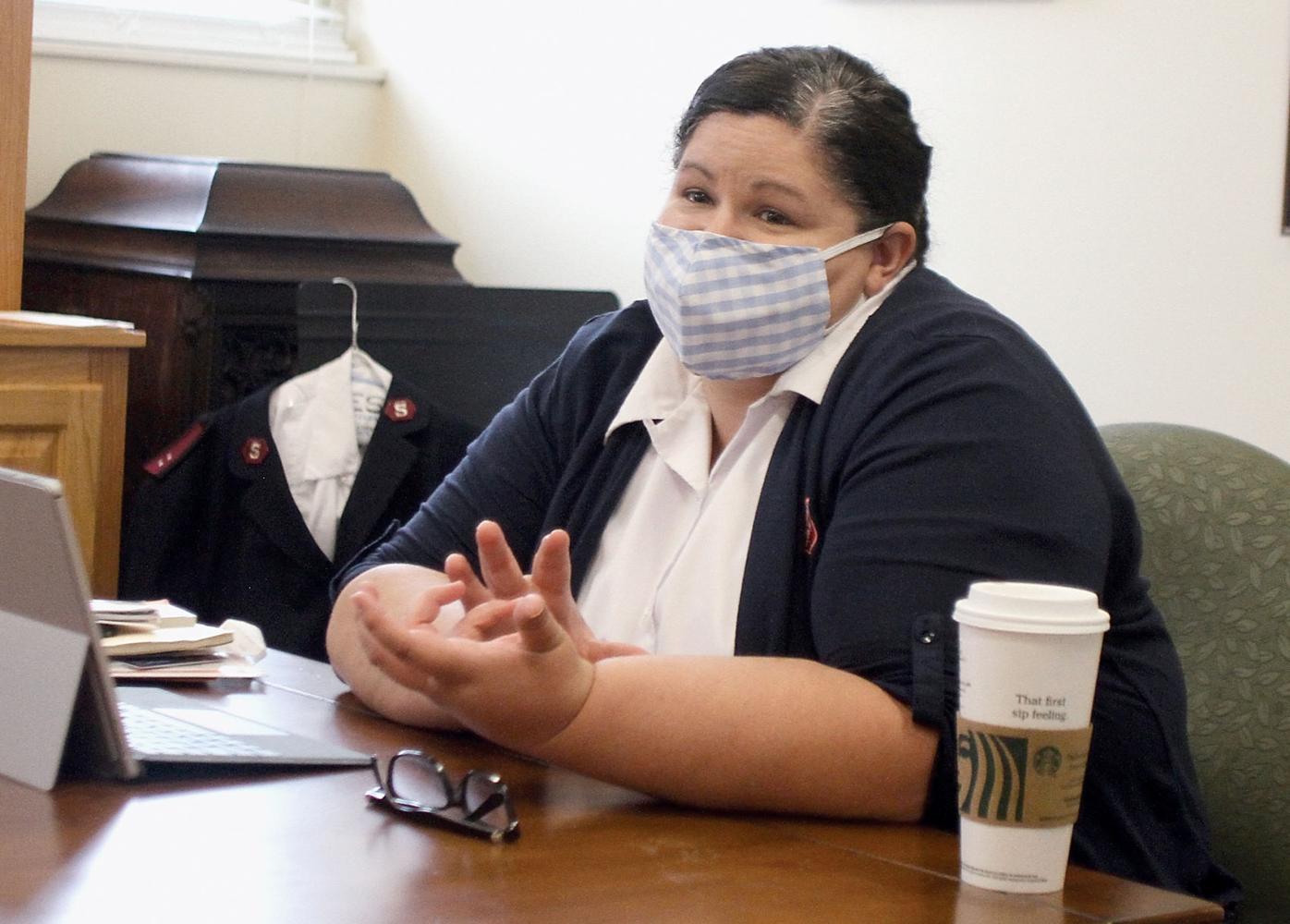 Capt. Kati Chase is the new leader of the Salvation Army in Blount County after serving the organization in Grafton, West Virginia, and Morehead City, North Carolina and divisional headquarters appointments in Tampa, Florida, and Jackson, Mississippi. She just recently came from Washington, D.C. 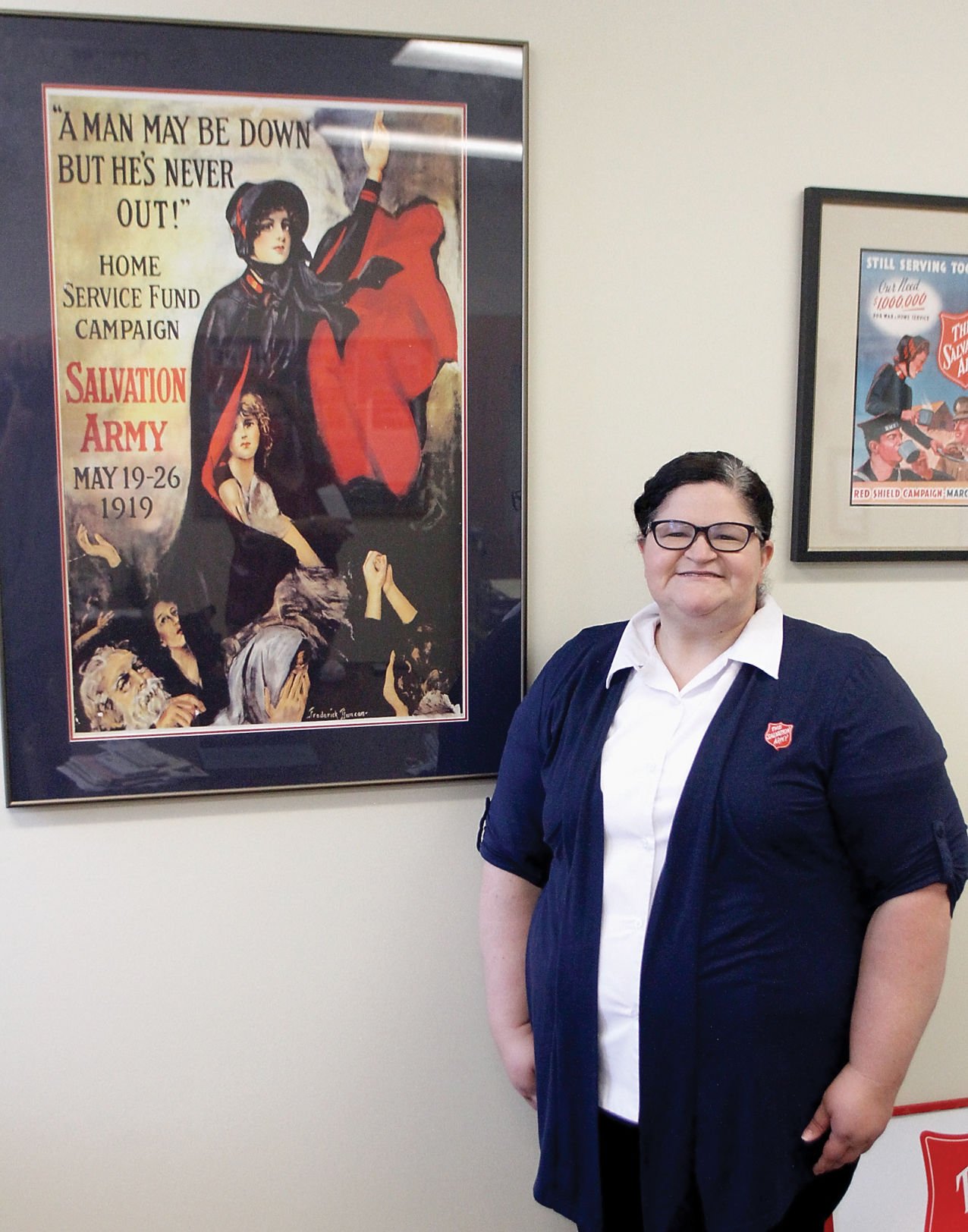 Capt. Kati Chase arrived in Blount County in June to serve as the new leader of the Salvation Army in Blount County. She is a West Virginia native and has been in service to the SA for 13 years. 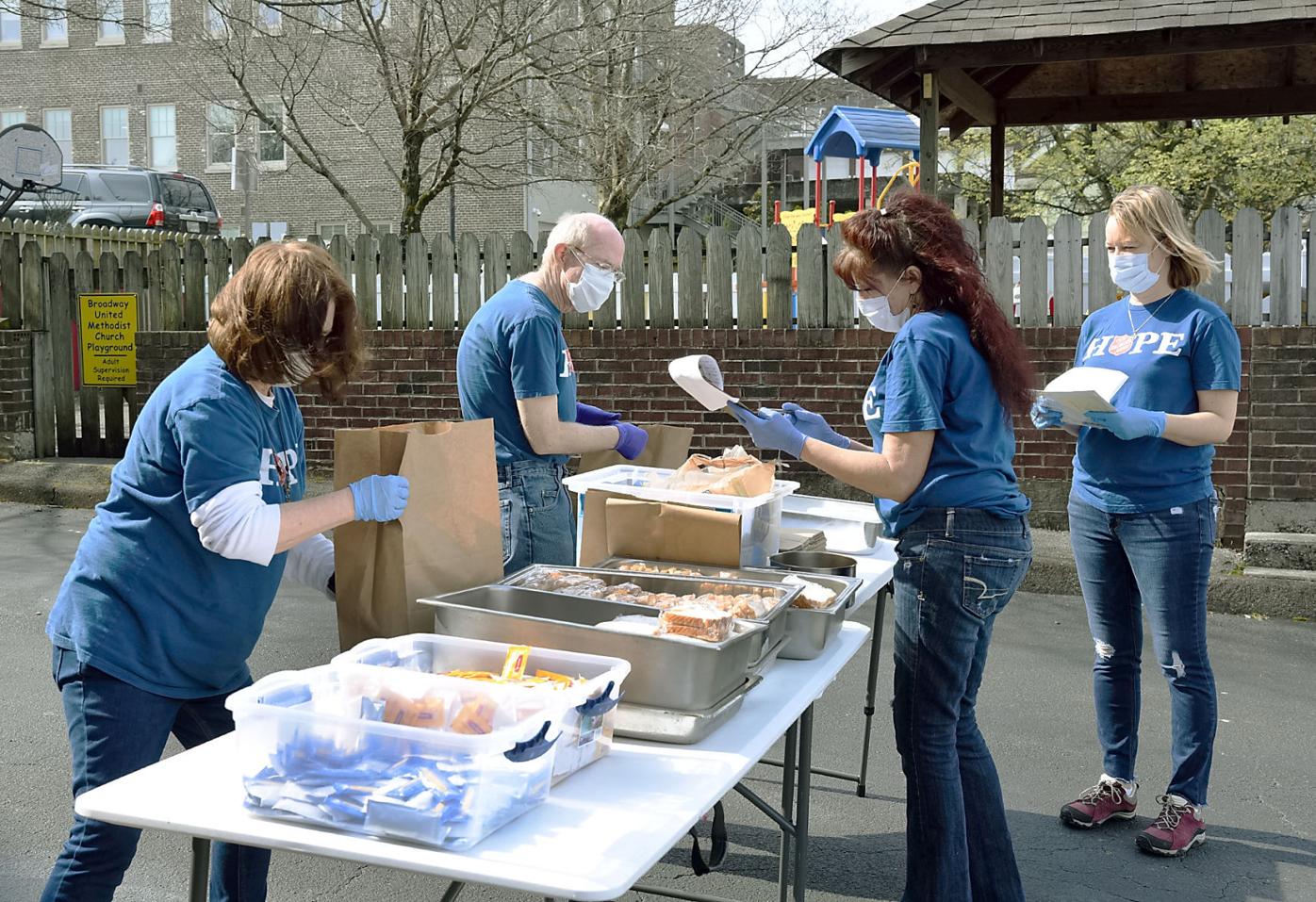 Salvation Army volunteers Sharon Tipton (from left), Hank Williams, Tracy Blake and Capt. Maureen Diffley package and distribute food at Broadway United Methodist Church in this photo taken in March. Diffley has been replaced by Capt. Kati Chase, who took over in June. The SA continues its free Friday meals.

Capt. Kati Chase is the new leader of the Salvation Army in Blount County after serving the organization in Grafton, West Virginia, and Morehead City, North Carolina and divisional headquarters appointments in Tampa, Florida, and Jackson, Mississippi. She just recently came from Washington, D.C.

Capt. Kati Chase arrived in Blount County in June to serve as the new leader of the Salvation Army in Blount County. She is a West Virginia native and has been in service to the SA for 13 years.

Salvation Army volunteers Sharon Tipton (from left), Hank Williams, Tracy Blake and Capt. Maureen Diffley package and distribute food at Broadway United Methodist Church in this photo taken in March. Diffley has been replaced by Capt. Kati Chase, who took over in June. The SA continues its free Friday meals.

Few are more aware of how close Christmas is than Capt. Kati Chase, a new transplant to Blount County.

It’s barely August, but as the organization that leads the Red Kettle Campaign each November and December, Chase already is putting her plan into action. That also includes the SA’s Angel Tree project, which provides Christmas to children who might otherwise do without.

She’s also well aware that due to COVID-19, there probably will be more people than ever asking for help as 2020 comes to an end. To help as many families as possible, the SA is increasing the number of families it will serve, Chase said, by up by 25%.

“We have already started working on Angel Tree because we anticipate there might be a greater need this year due to COVID-19,” Chase said from her office earlier this week. “We are already working with student resource officers to vet some families to send applications home. We will also be having open applications for the program.”

The numbers go up

Last year, Chase said there were 400 children whose names appeared on the Angel Tree. In 2020, SA hopes to add an additional 100 children. It all depends on funding, but Chase said she already has seen just how generous Blount County can be.

The ones who are fortunate enough to still have jobs are donating and helping their neighbors, she said.

In addition to Angel Tree and the Red Kettle Campaign at Christmas, the SA also has a gas cards program for those looking for jobs or who are just starting new jobs and need gas money for transportation. That program has continued through the summer, Chase said.

Relatives Raising Kids has been popular here in Blount County, she said. SA offers this to grandparents and others who are raising children. The program includes a monthly outing for the families. It will resume once the dangers of COVID-19 are gone.

Chase said the pandemic certainly has altered how they operate. Each summer, SA hosts summer camp for children who are served by this Christian ministry. Those were canceled for 2020, but Chase said they were able to hold some one-day traveling camps with precautions in place. She was able to take some kids from Blount County to the SA location in Knoxville for the day of adventure.

From there to here

It’s only been a month since Chase arrived in Blount County to lead this SA office. Before coming here, she spent five years in Washington, D.C., at the divisional headquarters for SA. Her other appointments with SA have taken her to Jackson, Mississippi, West Virginia, North Carolina and Tampa, Florida. She has served the organization for 13 years.

She replaced Capt. Maureen Diffley, who left Blount County for an assignment in Memphis.

Blount County has had multiple SA leaders come and go in recent years; some have stayed two years while others left after a few months. Chase said the average stay is about two years.

Originally from West Virginia, Chase said while she grew up around SA, she didn’t expect to be in its service as a career. “I have an aunt and uncle who are retired officers,” she said. “i went to camp as a kid and worked at camp after graduating from high school. ... I didn’t plan to stay, but God has different plans for me.”

She earned a degree in secondary education with specialization in math from West Virginia State University.

Moving from state to state was also something Chase never saw for herself. She has embraced the chance to branch out.

“I never thought i would leave home,” she said. “But I do love going to new places. I am comfortable in big city settings and more rural locations. I can adjust well.”

She added that she feels welcome here and intends to stay.

Her time right now is spent learning her way around Blount County and making connections with the many SA volunteers she will be working closely with in the coming weeks. She has done that already as the organization has continued its free Friday meal each week. It has moved from an in-person gathering to drive-up service, but attendance has remained steady.

The free Friday meal is served up curbside for now at Broadway United Methodist Church in downtown Maryville from 11 a.m. to noon. Chase said she and the volunteers hope to get back to inside dining in the near future. The meal isn’t just a place to get free food; it’s also about the social interaction that many diners don’t get anywhere else, she said.

Local businesses, churches and civic groups can expect letters in the mail soon, asking them to consider being an Angel Tree sponsor or volunteer as bell ringers this upcoming holiday season, Chase said.

“We will do a big push this year to try and cover our spots,” Chase said. Bell ringers are needed to accept donations at several retail locations around the county. The money goes to help programs like Relatives Raising Kids and others.

This summer, Chase said her organization has been providing emergency shelter for those who were in danger of becoming homeless. The SA has paid for hotel accommodations as people find stable housing, she said.

While Chase did gain valuable experience from working administrative duties at SA divisional headquarters, she said being on the front lines and meeting needs one-on-one is more her style.

“I am glad to be here,” she said. “It’s great to be able to do the hands-on versus administration side of things.”

The Blount County Salvation Army office is at 314 W. Broadway Ave., on the campus of Saint Andrew's Episcopal Church. Capt. Kati Chase can be reached at 865-983-7135.