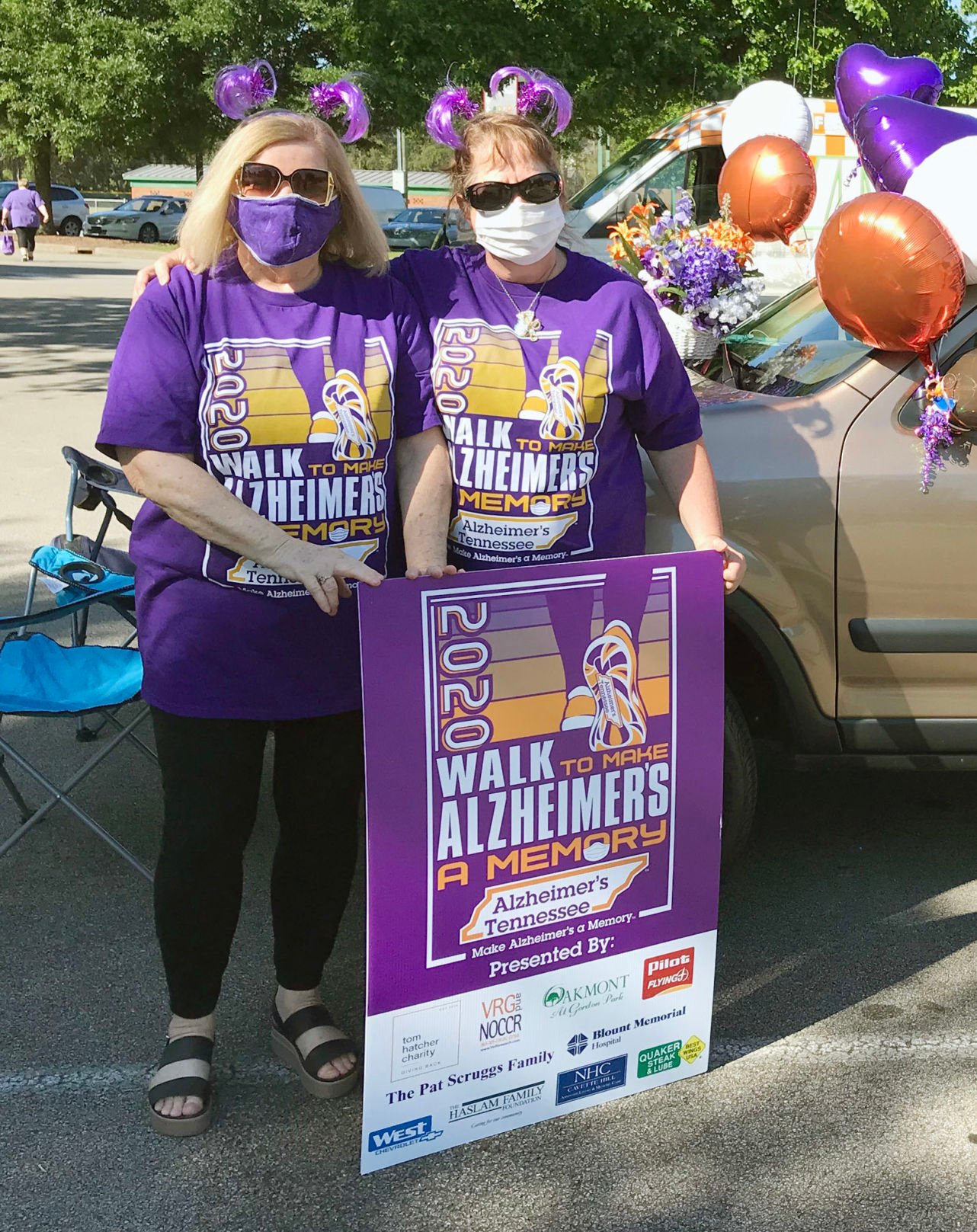 Julie Lang (left) and Lynda Long participated in the 2020 Alzheimer’s Tennessee Foothills Walk at Maryville College. They came to last year’s event in honor of Linda’s sister, who died with Alzheimer’s in 2020. It was a drive-thru event due to the pandemic. The 2021 event will be a walk like in years past. 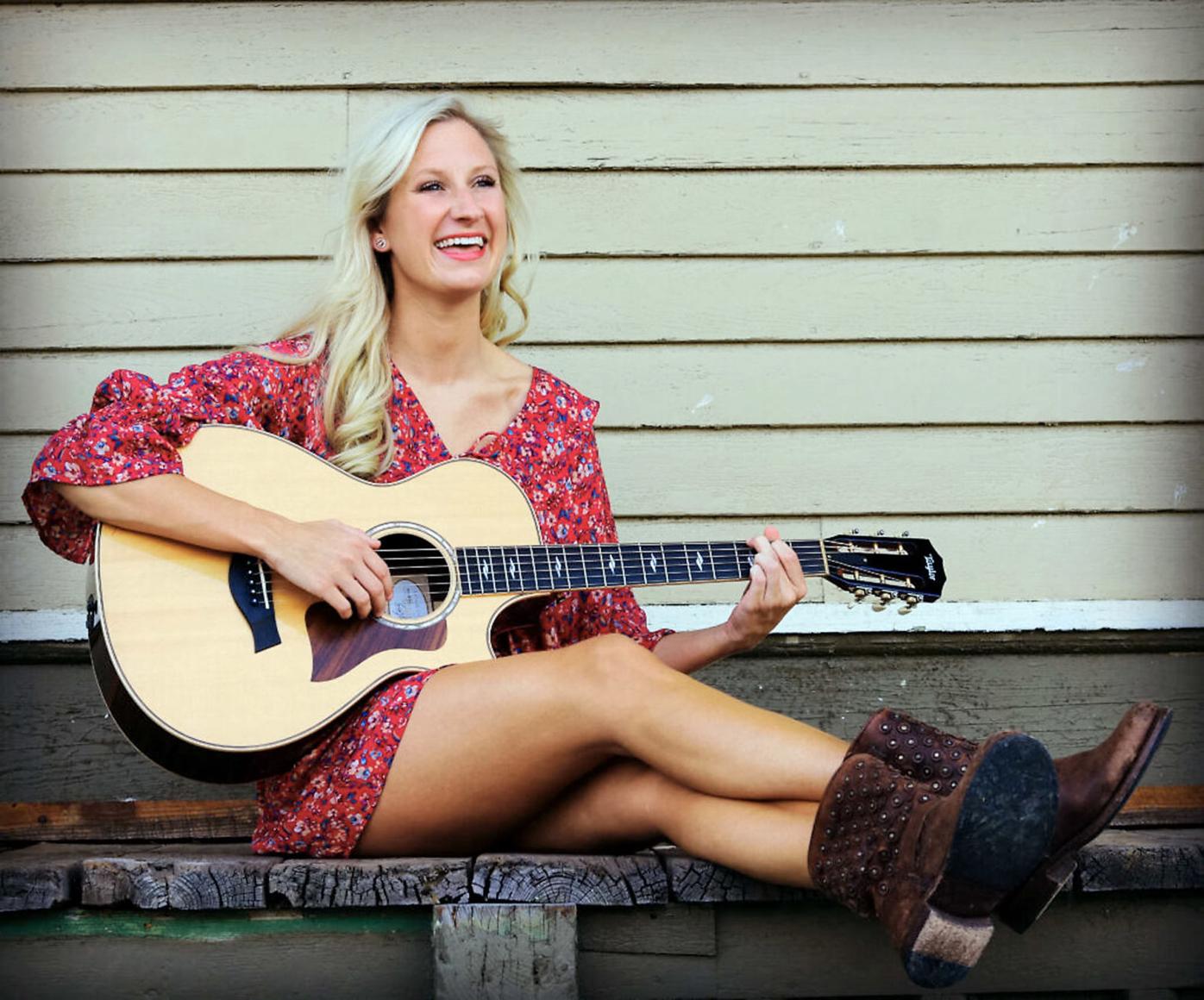 Chelsea Berry, a native of Maryville, will perform in an outdoor concert June 12 as part of Alzheimer’s Tennessee Foothills Walk at Maryville College. 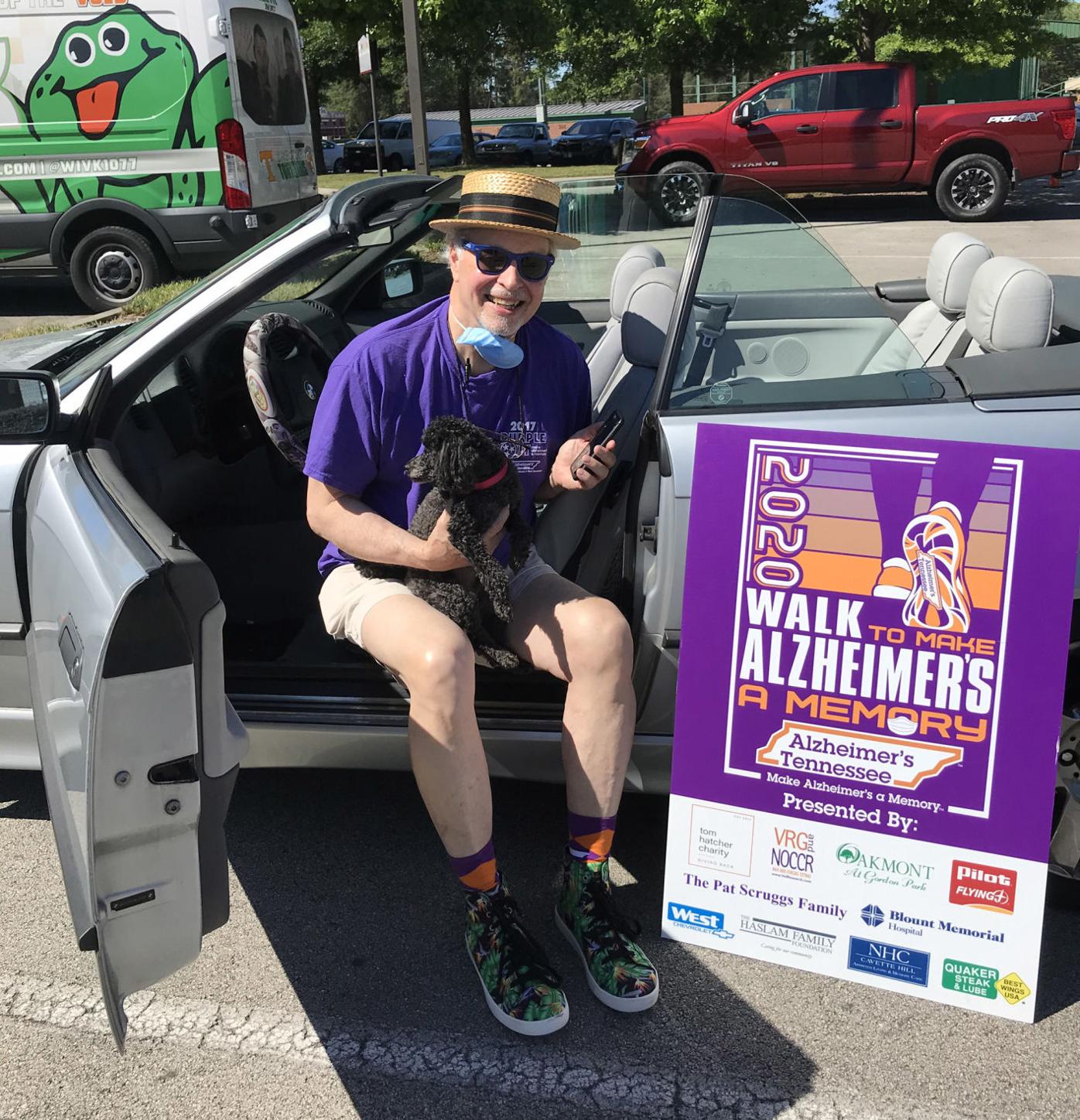 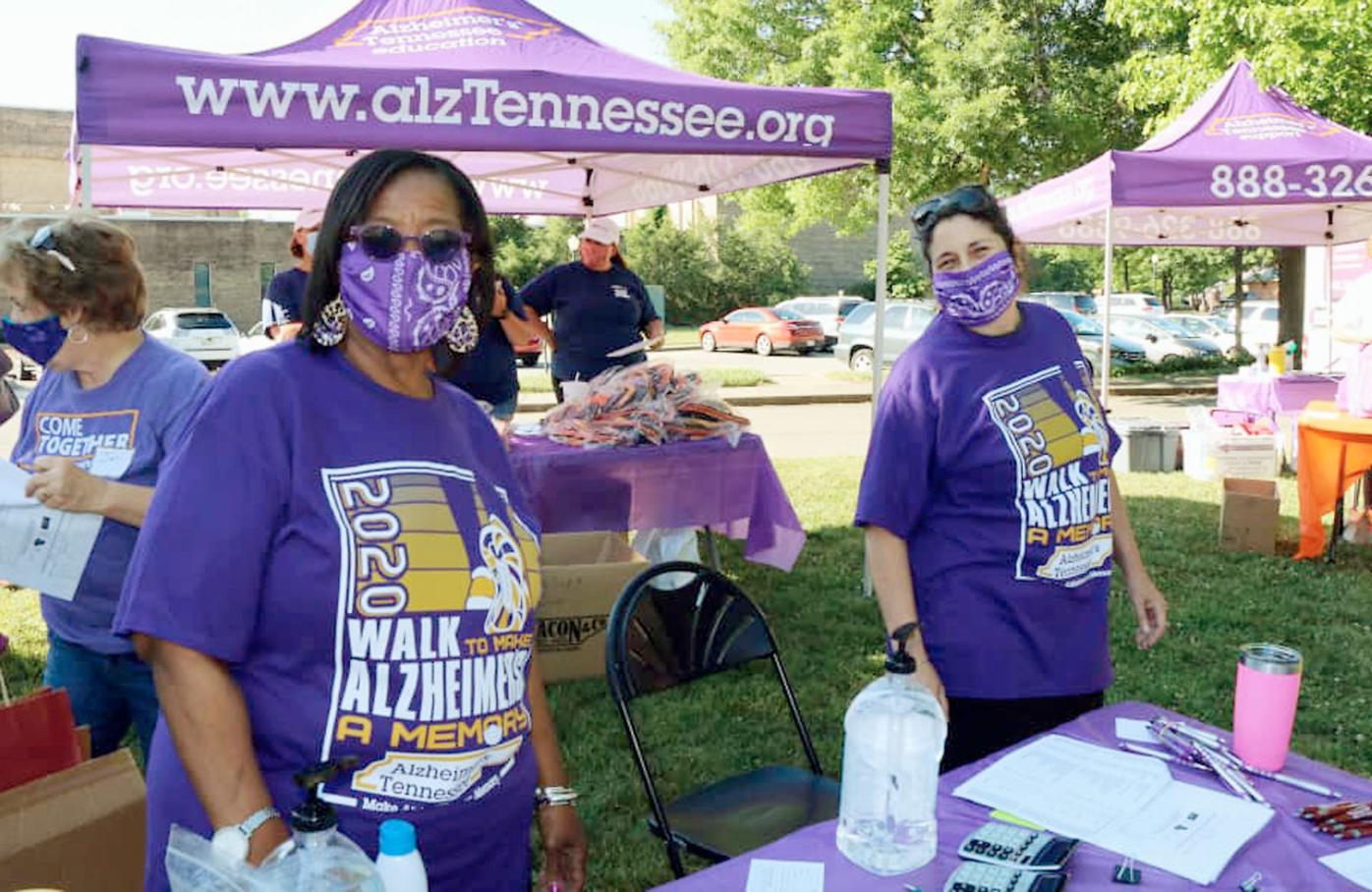 Last year looked different for many events, including the Alzheimer’s Tennessee Foothills Walk. It was a drive-thru event, but this year, things are back to almost normal. 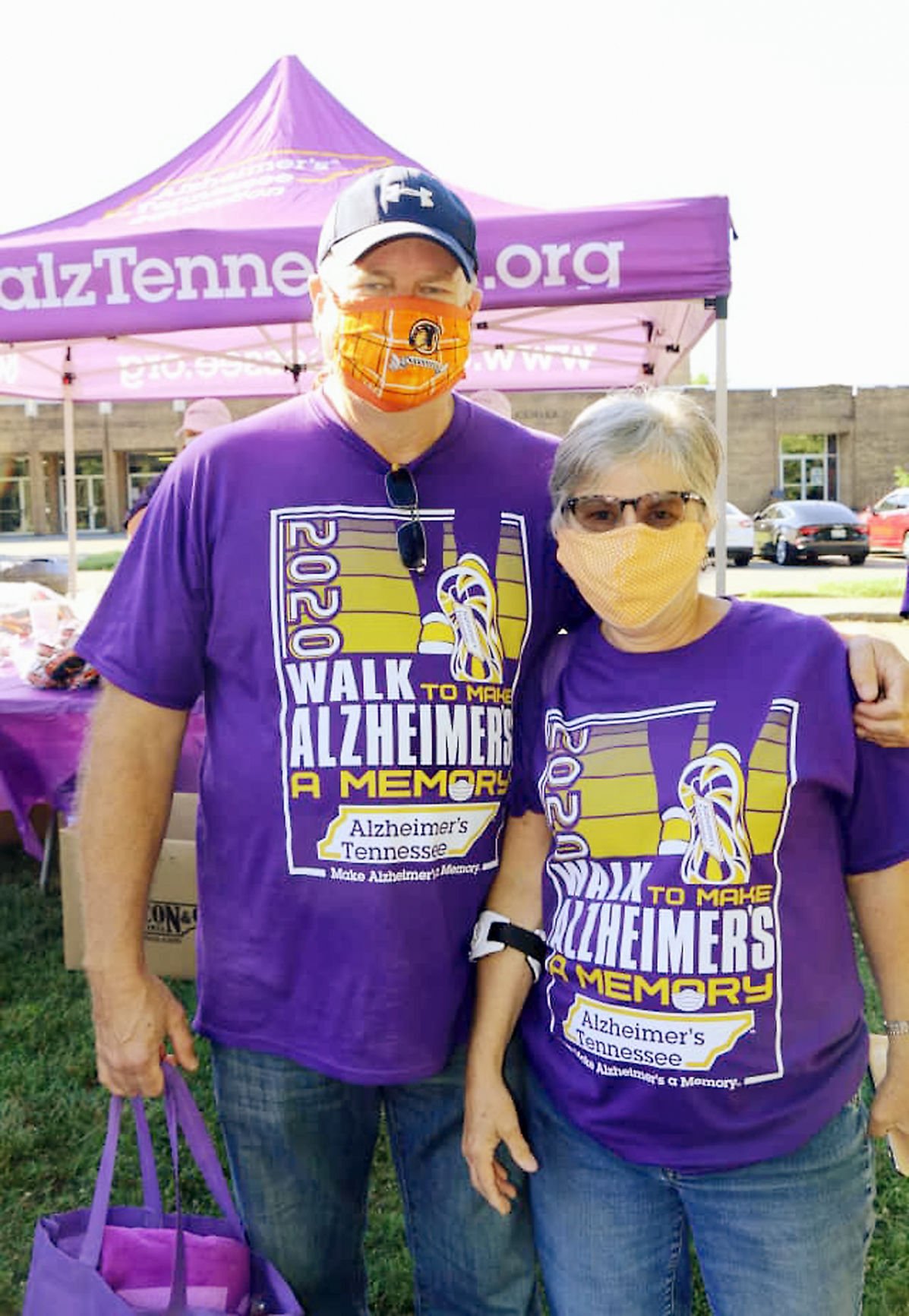 People always deck out in purple for the annual Alzheimer’s Tennessee Foothills Walk held at Maryville College. The first one was held in 2003. 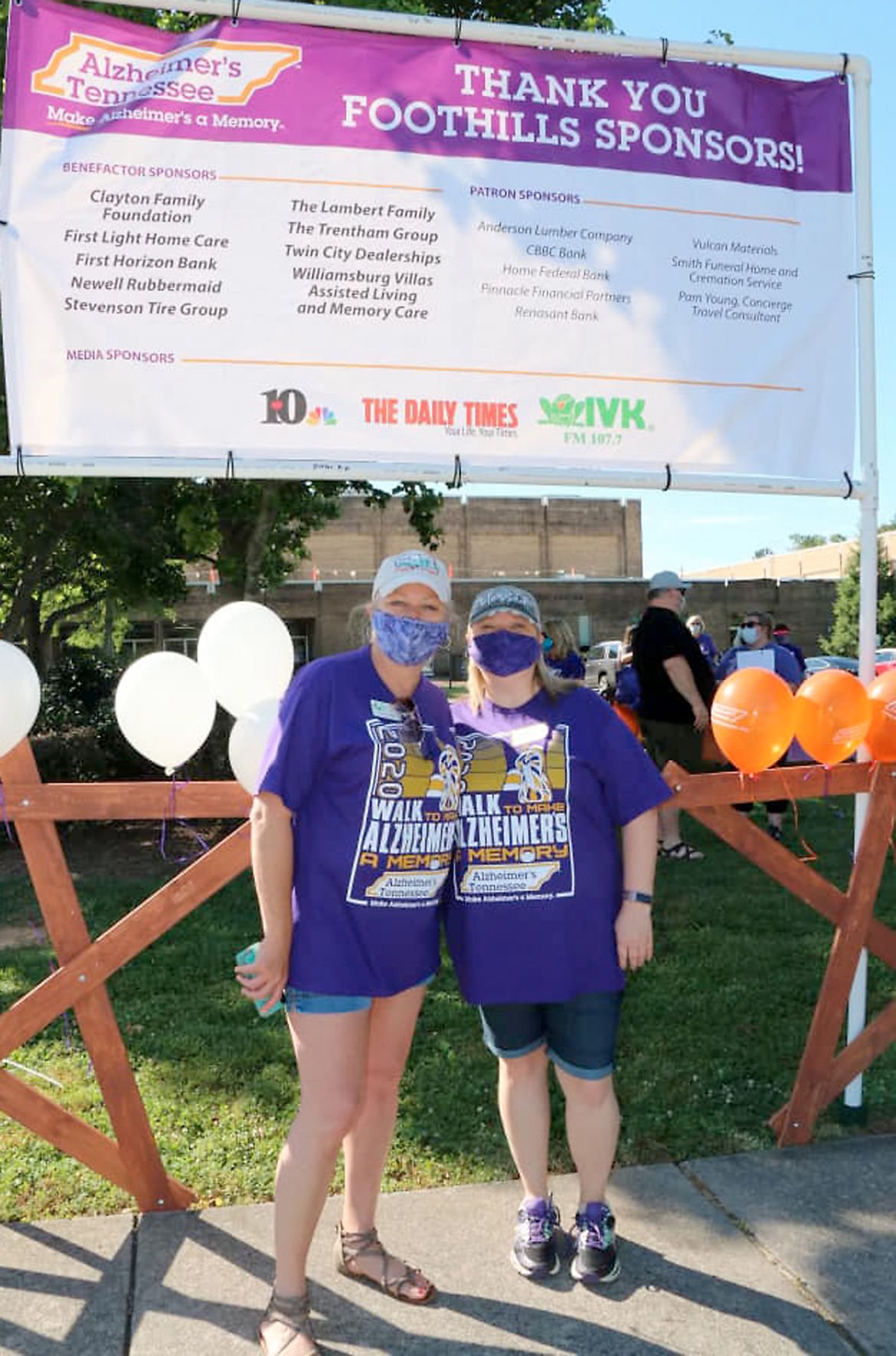 The annual Foothills Walk for Alzheimer’s Tennessee will be held June 12 at Maryville College. Last year, because of the pandemic, it was a drive-thru event.

Julie Lang (left) and Lynda Long participated in the 2020 Alzheimer’s Tennessee Foothills Walk at Maryville College. They came to last year’s event in honor of Linda’s sister, who died with Alzheimer’s in 2020. It was a drive-thru event due to the pandemic. The 2021 event will be a walk like in years past.

Chelsea Berry, a native of Maryville, will perform in an outdoor concert June 12 as part of Alzheimer’s Tennessee Foothills Walk at Maryville College.

Last year looked different for many events, including the Alzheimer’s Tennessee Foothills Walk. It was a drive-thru event, but this year, things are back to almost normal.

People always deck out in purple for the annual Alzheimer’s Tennessee Foothills Walk held at Maryville College. The first one was held in 2003.

The annual Foothills Walk for Alzheimer’s Tennessee will be held June 12 at Maryville College. Last year, because of the pandemic, it was a drive-thru event.

Alzheimer’s Tennessee is ready to get back outdoors with its 10 area walks across the state in 2021, including the one here in Blount County, set for Saturday, June 12.

Knoxville-based Executive Director Janice Wade-Whitehead and her staff are hoping their dedicated walkers and fundraisers also are feeling the same way.

Despite the pandemic, the nonprofit was able to still hold the 2020 Foothills Walk, but with a little alteration. It was a drive-thru affair to keep everyone safe while at the same time allowing for people to come together for a cause near and dear to many.

But on June 12, Alzheimer’s Tennessee’s Foothills Walk will be that again, a chance to lace up and take a stroll around the woods surrounding Maryville College. Other events will take place on the football field at the campus.

Those interested in walking in this event that’s been held every year here since 2003 should arrive at 9 a.m. for registration. The walk will start at 10 a.m. with an opening ceremony.

Berry was featured in an article in The Daily Times in February. She was singing at her church, Fairview United Methodist, before deciding to pursue her dream of being a professional country music singer-songwriter. She is a 2009 graduate of Maryville High School. She attended Maryville College and then the University of Tennessee.

Growing up in Blount County, Berry was always singing but stage fright kept her from the limelight until she was in her mid-20s. The experience of singing at her church convinced her to move forward.

She released a debut EP called “Chase This Wild Dream” last year. She has continued to write her own music and takes advantage of cowriting opportunities with members of the Knoxville Songwriters Association. She’s been told she sounds like a young Dolly Parton on “Daddy’s Little Girl.”

The next step, she said back in February, is to make inroads in Nashville. She’s performed at Dollywood, Bijou Theatre, Townsend Abby and places around Knoxville and Maryville.

Berry provided an update last week on her career that includes the release of a music video of her song “Daddy’s Little Girl.” It was released on Saturday morning on her YouTube channel.

It’s a great song for Father’s Day and the upcoming wedding season as a father/daughter dance song, the songwriter said.

“It’s awesome to be able to do this at Maryville College because I went to school there,” Berry said. “I am from Maryville and whenever you are given a platform, you want to do something to give back. I’ve always wanted to be that kind of artist.”

She also has one more reason to want to be part of this Alzheimer’s Tennessee event. Her great-uncle, Bob Hutsell, passed away weeks ago. He suffered from Parkinson’s disease and also Alzheimer’s. Berry said family members will participate in the Foothills Walk.

This newcomer to the country music scene said she has been blessed to have the right people by her side. That includes her family and also mentors like Mike Hammond, a member of the Country Radio Hall of Fame, and WIVK radio personality Ted “Gunner” Ousley. Berry said she met Gunner six years ago and they reconnected recently.

She also has a great story to tell on the stage these days about a chance meeting with Wynona Judd, who happened to stop by Saloon 16 in Knoxville when Berry was performing. Judd sat and listened to her set.

“It was such a godsend,” Berry said. “After the show, I gave her a CD. The next night she was at Cotton-Eyed Joe. She did her song “Why Not Me” and dedicated it to me.”

Berry did a cover of that song for her own album.

With her on June 12 will be area musicians Aaron Tracy and Kirk Wynn. Berry said she loves to collaborate and perform with others like herself who are getting their names out there.

“We help each other,” she explained. “Sometimes we are stronger together.”

Chairs for this 2021 Foothills Walk are Brian Tuggle and Edward Harper, who have teamed up on this effort for years.

This is normally the time when walk teams and individuals turn in the money they have raised, Wade-Whitehead said, and they can do so on June 12. However, fundraising has been extended through Nov. 30 as Alzheimer’s Tennessee seeks to reach its goal of $125,000.

“We know that people may have gotten a slow start because the first part of this year was devoted to getting out of the pandemic,” Wade-Whitehead said. “We will extend the time for fundraising but we want people to come out on June 12.”

The executive director said teams will be able to hold their summer events, such as festivals, barbecue dinners and carnivals. She said $83,000 already has been raised.

“People have come on strong,” Wade-Whitehead said. “The message is to come out and support us, support Chelsea and turn in what you have.”

Money raised goes for programs that assist Alzheimer’s patients and their families here in Tennessee, and research to find a cure and better treatments.

This Foothills Walk is one of the first Alzheimer’s Tennessee walks this year. And even though the 2020 walk was altered in its format, the goal that year was met.

Now that a good percentage of people have received their vaccinations against COVID-19, Wade-Whitehead said it feels like the right time to get back out there. Precautions will remain in place.

“People were telling us they really want to gather,” she said. “This is also a great way to incorporate an outdoor concert. We are not going to do the contests like in the past. We are condensing that part. It will be a day to enjoy a concert on the lawn so bring lawn chairs and enjoy some great music.”

Each of the 10 walks across Tennessee will include a concert by local talent.

Planning for this annual event was done by a committee that met virtually for months and also gathered for some outdoor picnics. Turnout was good, Wade-Whitehead said.

Looking back over the years, Wade-Whitehead said it’s hard to believe this Foothills Walk started 18 years ago. She remembers the first few that were held in the center of MC’s campus. Alzheimer’s Tennessee had to use electricity from the old dining hall and kept throwing the breakers. That dining facility has now been rewired, but Wade-Whitehead said those memories make her smile.

“I have fond memories of that canopy of shade trees and we liked being in the center of campus,” she said.

The Alzheimer's Tennessee Foothills Walk will take place on Saturday, June 12, on the campus of Maryville College, 502 E. Lamar Alexander Parkway, Maryville. Registration opens at 9 a.m. and the walk with opening ceremonies starts at 10 a.m. The concert featuring Maryville's Chelsea Berry will begin at 11 a.m. and lunch will be available.

The office is at 5801 Kingston Pike, Knoxville.