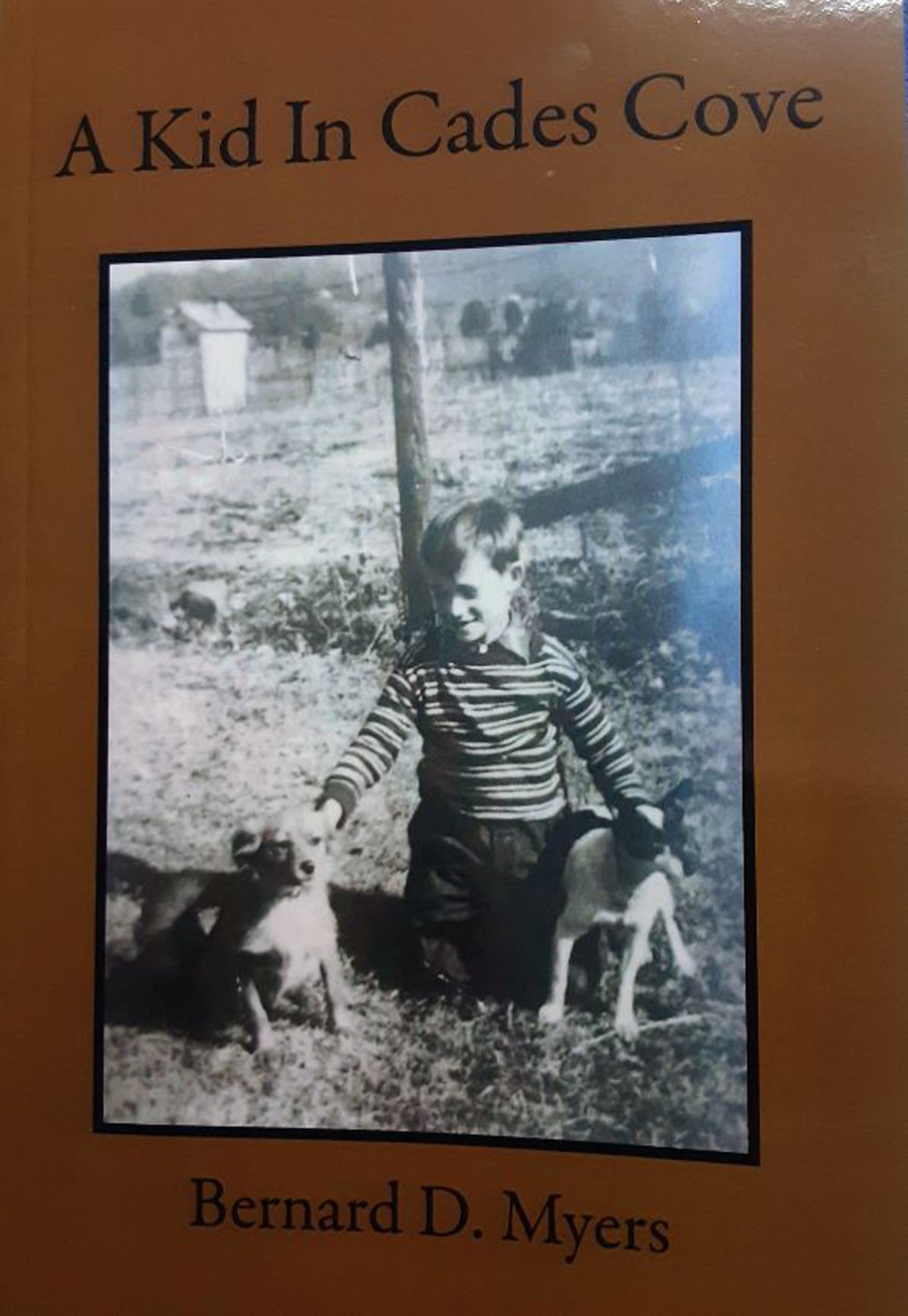 Bernard Myers is pictured at age 8 on the cover of his book, "A Kid in Cades Cove." 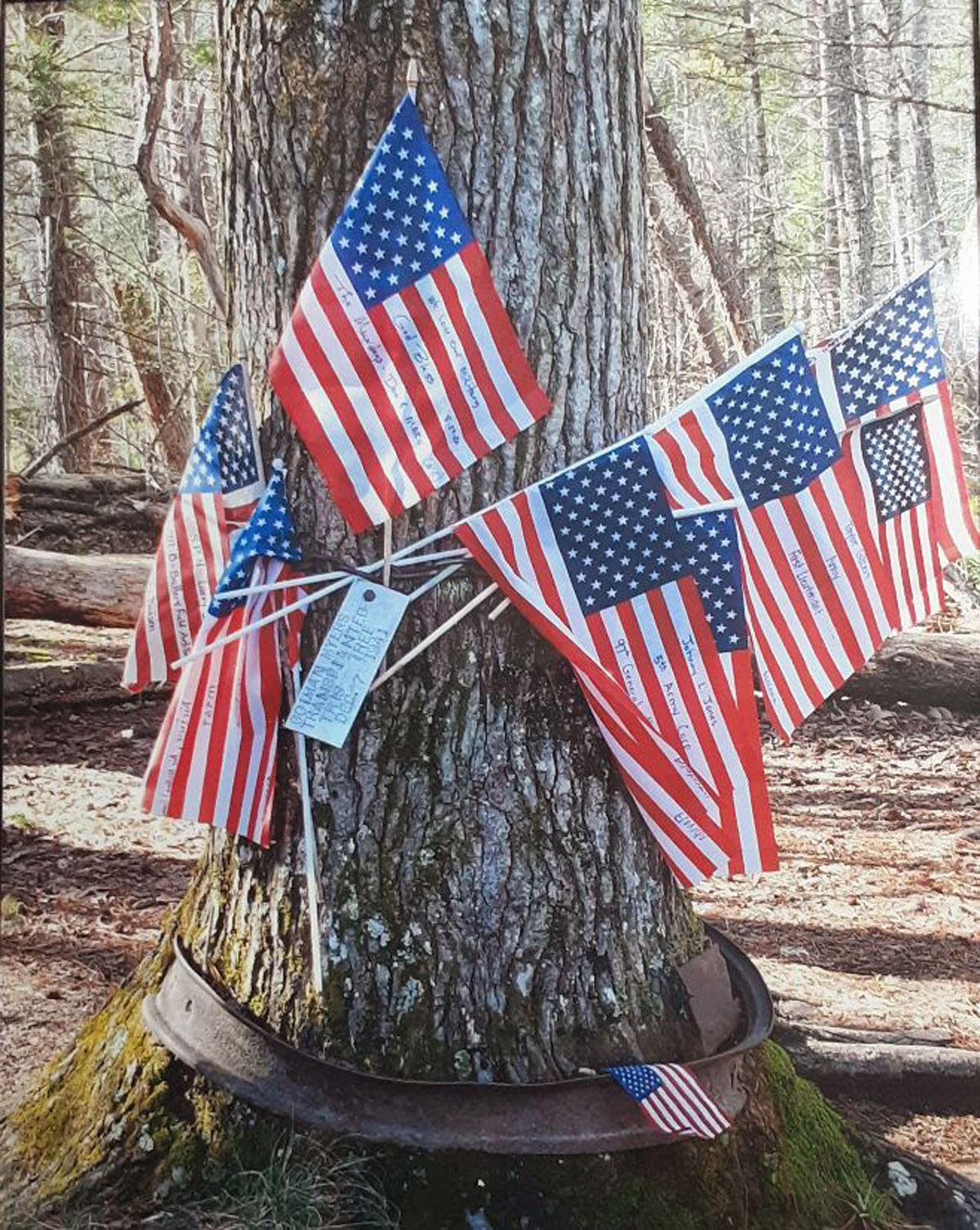 A tree planted by Golman Myers in 1941 to commemorate the bombing of Pearl Harbor is the subject of one of the stories in Bernard Myers' book, "A Kid in Cades Cove." The author will sign copies of the book June 26 at the Cades Cove Museum in Maryville. 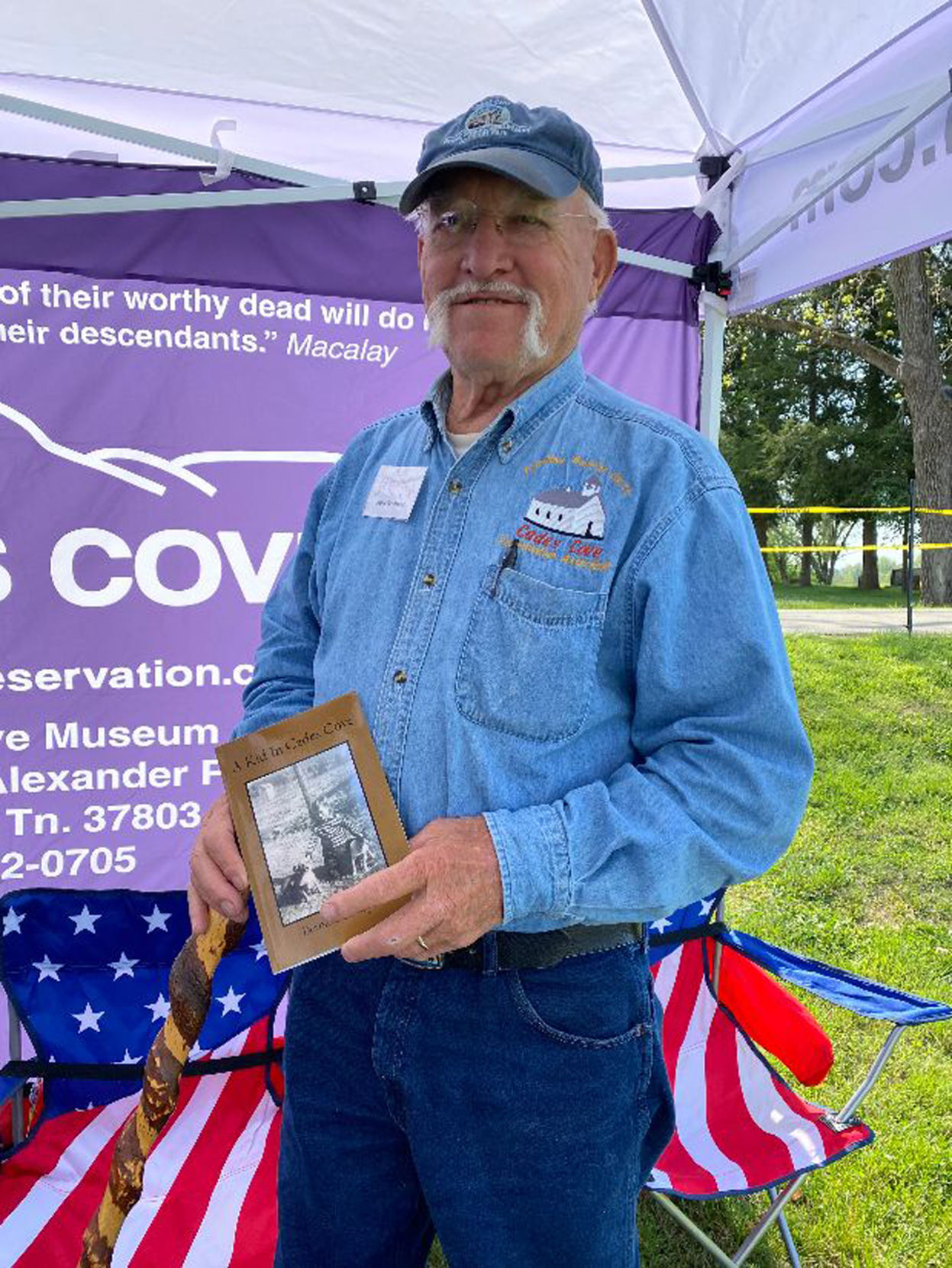 Bernard Myers holds a copy of his book, "A Kid in Cades Cove," at a recent event in Townsend. He will hold a book signing June 26 at the Cades Cove Museum in Maryville. 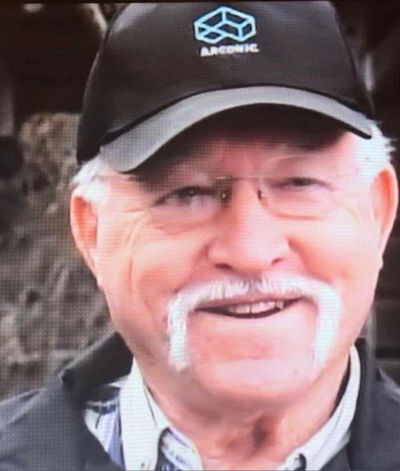 Bernard Myers is pictured at age 8 on the cover of his book, "A Kid in Cades Cove."

A tree planted by Golman Myers in 1941 to commemorate the bombing of Pearl Harbor is the subject of one of the stories in Bernard Myers' book, "A Kid in Cades Cove." The author will sign copies of the book June 26 at the Cades Cove Museum in Maryville.

Bernard Myers holds a copy of his book, "A Kid in Cades Cove," at a recent event in Townsend. He will hold a book signing June 26 at the Cades Cove Museum in Maryville.

Bernard Myers has clear memories of his childhood in Cades Cove and the family and friends who played a part in his life. He shares many of these recollections in his book, “A Kid in Cades Cove,” giving others a better grasp of what life was like before the home place became part of today’s popular tourist attraction in Great Smoky Mountains National Park.

“It’s a simple little old book,” Myers said. “It’s mostly a history of my family, but people find it interesting for some reason or another.”

The public is invited to the Cades Cove Museum in the Historic Thompson-Brown House at 1004 E. Lamar Alexander Parkway near the Blount County Justice Center from 10 a.m. to 3 p.m. June 26 for a book signing and to talk about the Cove. Books will be available for purchase at the museum for $12 plus tax.

Myers talks about his family history but also the history of Cades Cove in general. He said, “I tell about the Civilian Conservation Corps,” a voluntary public work relief program that operated from 1933-42, “that was there. I remember them well. I remember the guys going by in their work trucks, going to a job site somewhere. And the schools — I tell them about the Cable School. I went there one year, the last year they had school there, in 1943-44.”

The Pearl Harbor Memorial Tree is another popular topic in the book. Myers said, “Dad listened to the news on a battery-powered radio we had bought from Sears & Roebuck. ... That’s how he found out about the Japanese bombing of Pearl Harbor” on Dec. 7, 1941. “When he found out, he went behind our house on the mountain and he pulled up a little sweet gum sapling, and he put it in our front yard there on the hill. He placed a tire rim around it to keep us from running over it with the lawnmower. I was there when he planted the tree.

“When my grandchildren were young, I put a chain around it with a tag to identify it so they would know where it was.” Inscribed on the tag are the words, “Golman Myers transplanted this tree Dec. 7, 1941” on one side and “Pearl Harbor” on the other.

“I did that for my grandchildren but in the last few years, people have discovered that thing and wore a path up that hill to where we lived,” he said. “People are fascinated with the Pearl Harbor Tree. They can’t believe that there’s a memorial tree for Pearl Harbor in Cades Cove.”

Bernard Myers’ ancestors arrived in Tuckaleechee Cove in 1820. His great-grandfather, Daniel Hamilton Myers, moved to Cades Cove from Tuckaleechee Cove around 1870 following the death of his first wife. The three youngest of their 13 children moved with him, including Myers’ grandfather, Peter Myers. “Along with John Myers, Daniel’s brother, they were the root of the Myerses in Cades Cove,” the author said. Daniel later married Louvina Cable, a daughter of Peter Cable; they had no children.

Myers’ parents were Golman and Viola Burchfield Myers. “We moved out of the Cove in 1945 to a farm here in Townsend that he’d bought,” Myers said. Unfortunately, his father passed away that same year but the farm has remained in the family. “I still live on the farm that my dad bought way back in about 1940,” Myers said. He and his four brothers kept the farm going, and now Myers and his nephews are doing so. “I’m the last of the family. My brothers have all passed, and my sister passed in 2011.”

As a member of the Cades Cove Preservation Association, Myers is passionate about preserving the history of the Cove and dispelling the misconceptions of East Tennessee, in general. “You see these postcards of folks sitting on the front porch with a hound dog and a jug of moonshine, but that’s not the way it was at all,” he said. “My family was a typical family, hard working. The women worked as hard as the men did. My dad was a farmer, and he made a good living at it. We weren’t special, just a typical Cades Cove family, down-to-earth people that were good neighbors. That was the case of most people in Cades Cove. Just good, good people. They’d do anything in the world for you.”

What: Book signing by Bernard Myers, author of “A Kid in Cades Cove”

Cost: $12 plus tax; books are sold at the Cades Cove Museum and also online by visiting the Facebook page, “A Kid in Cades Cove,” and clicking on “Shop Now”