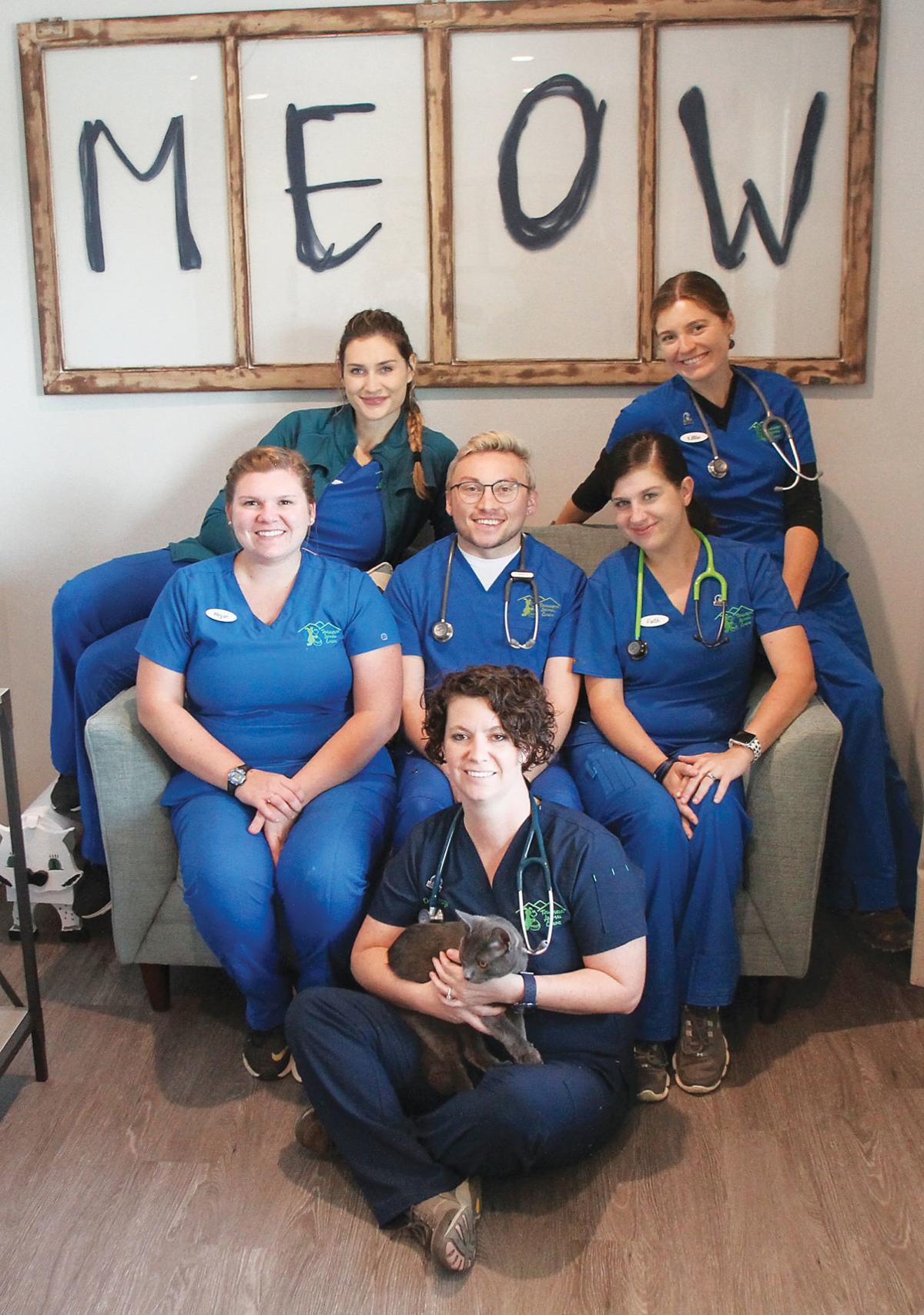 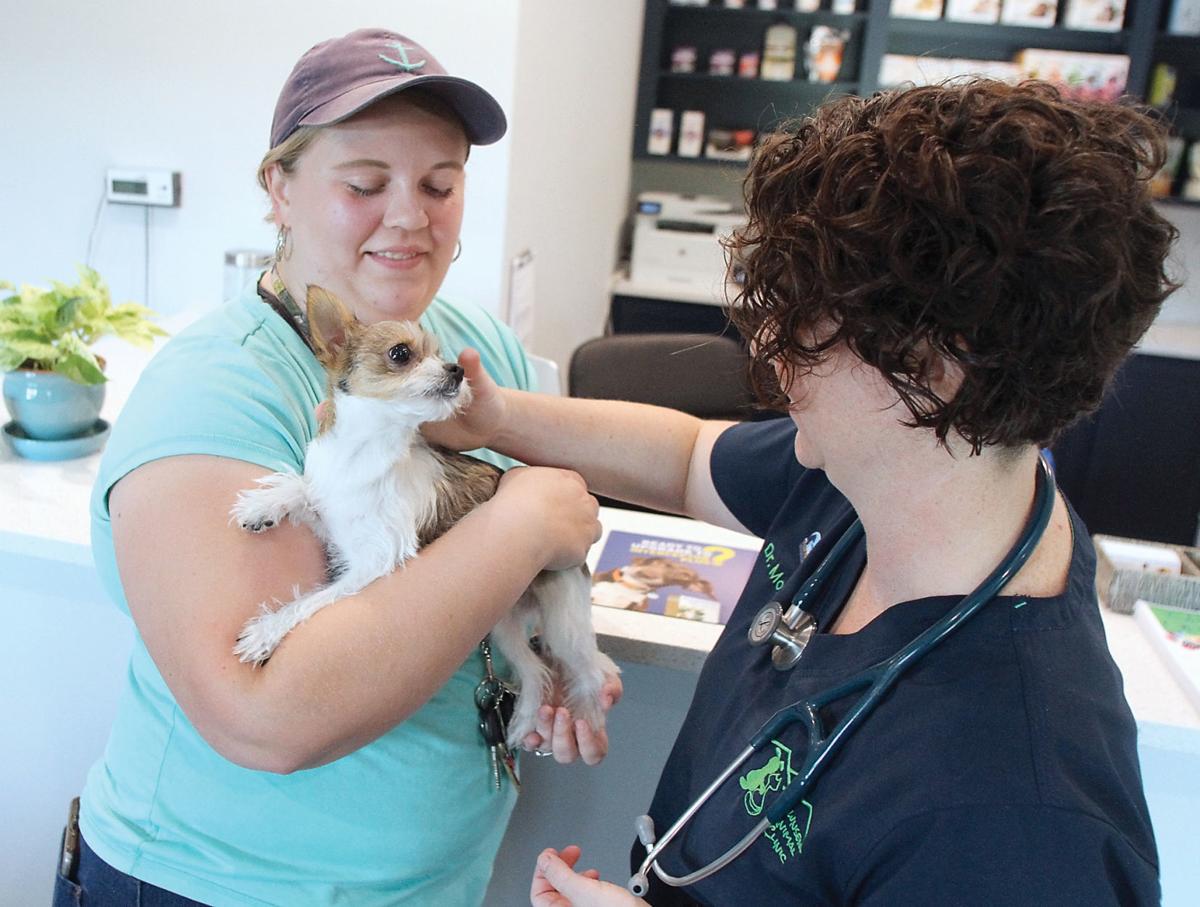 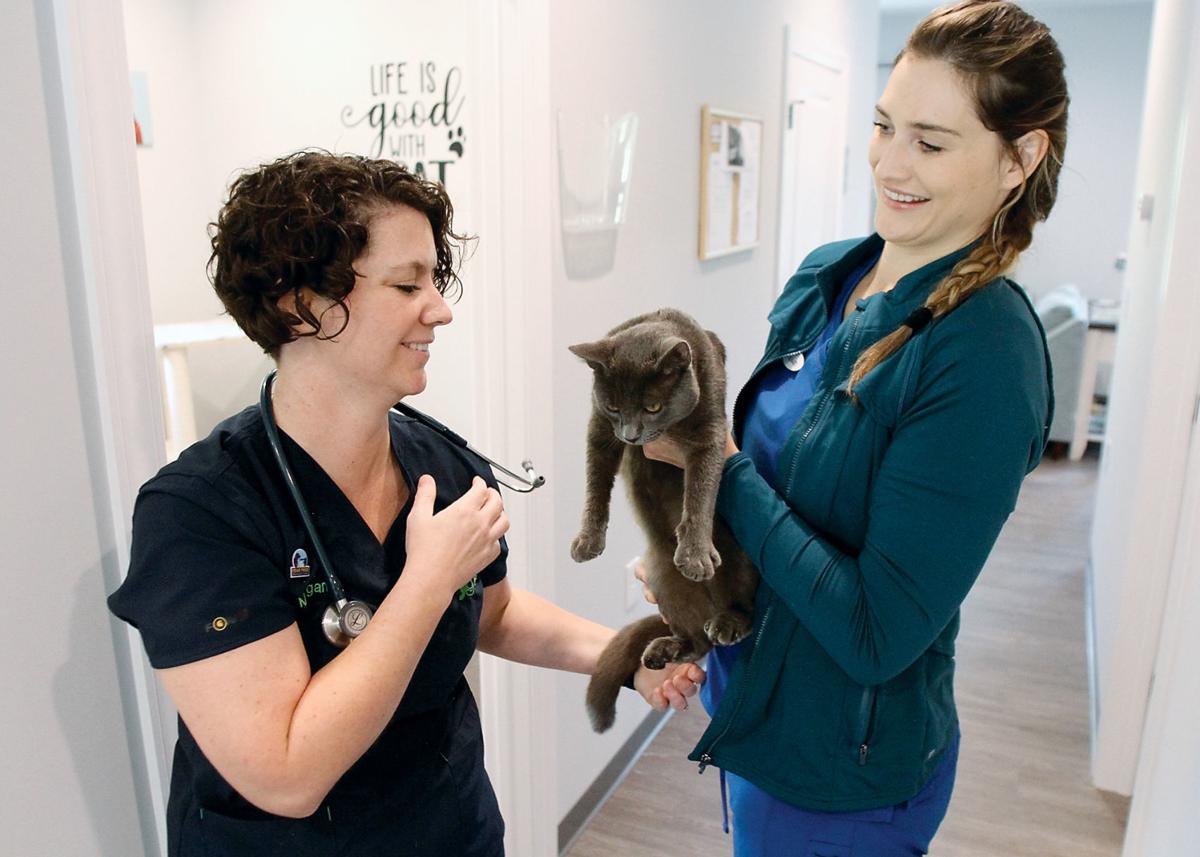 Dr. Morgan Detweiler (left) and Marion Manners are shown with Mouse at the new Townsend Animal Clinic. Detweiler worked in Pigeon Forge and also Maryville before opting to open her own clinic in Townsend. 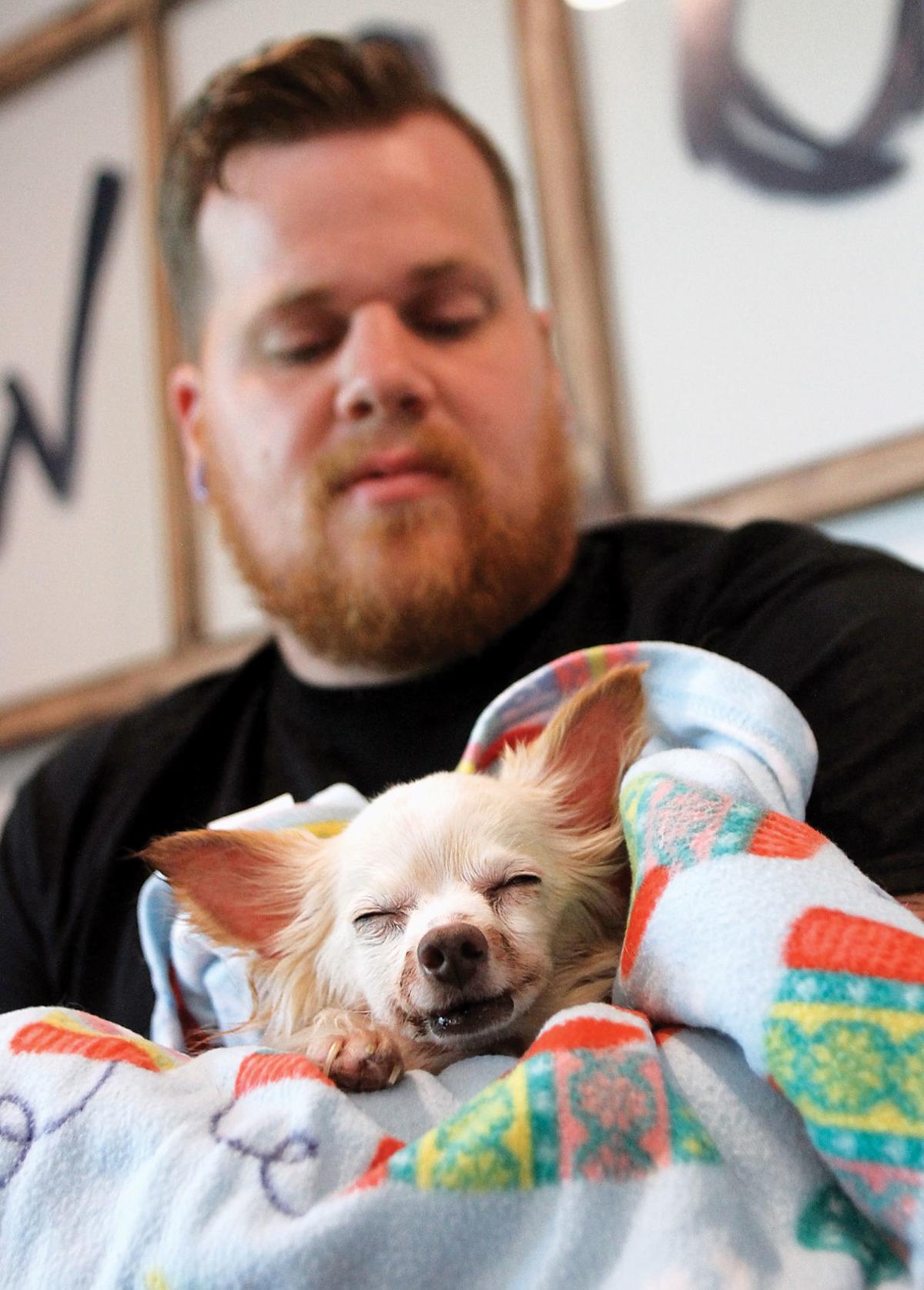 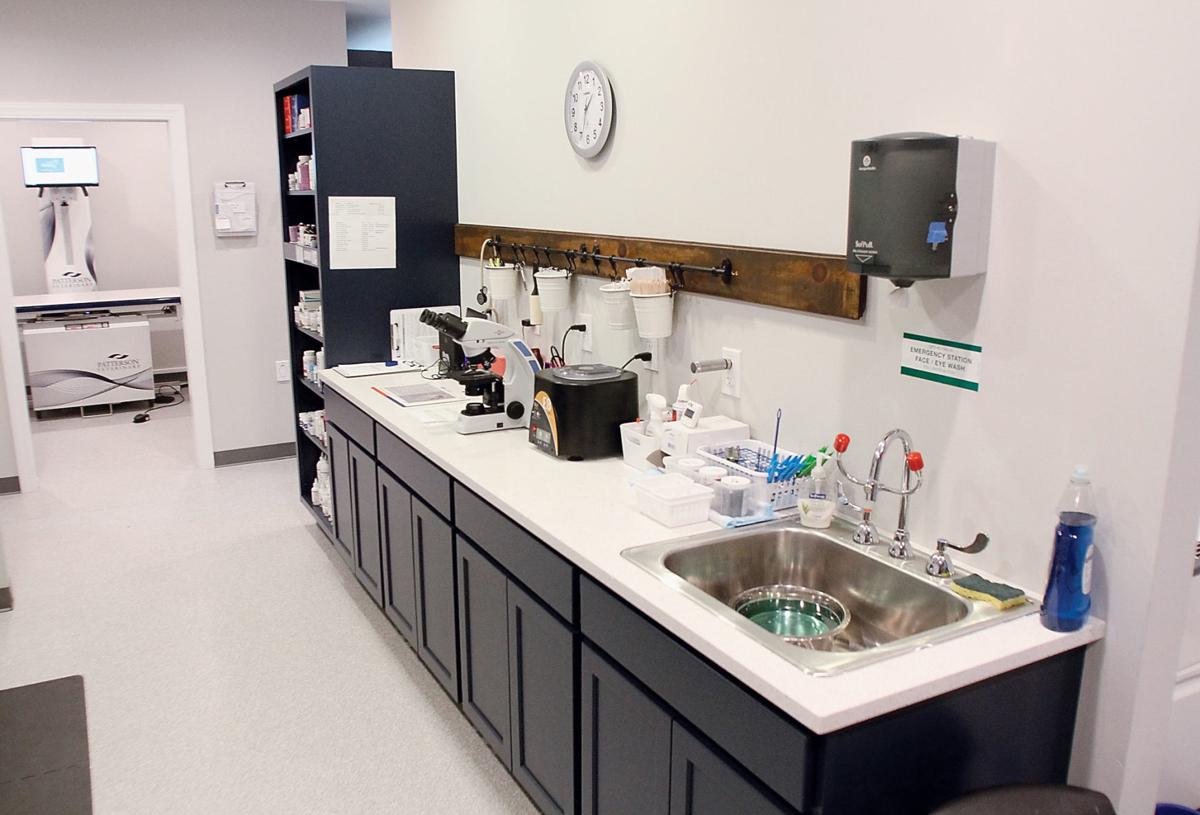 Townsend Animal Clinic will hold an open house on Saturday, Aug. 24, so the public can see its treatment areas, boarding space and campus at 7522 E. Lamar Alexander Parkway. 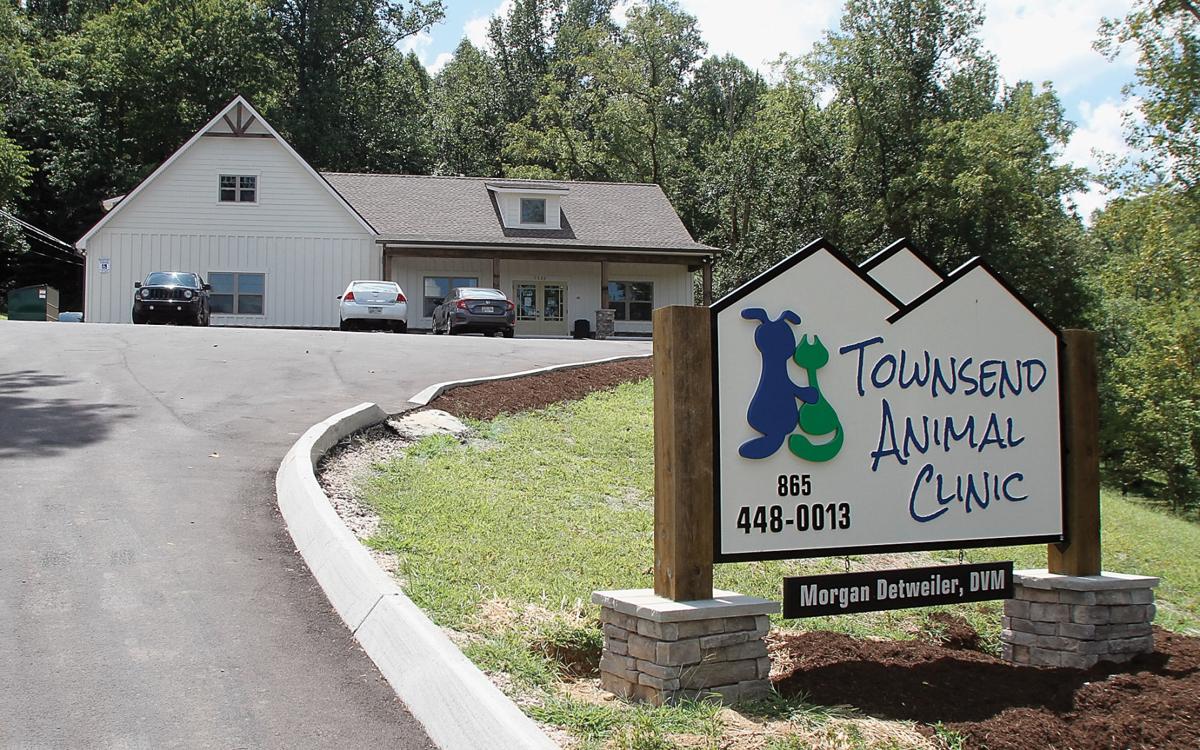 Townsend Animal Clinic has opened in Townsend. Dr. Morgan Detweiler is the veterinarian who opened the new center in July. The open house is slated for Aug. 24. 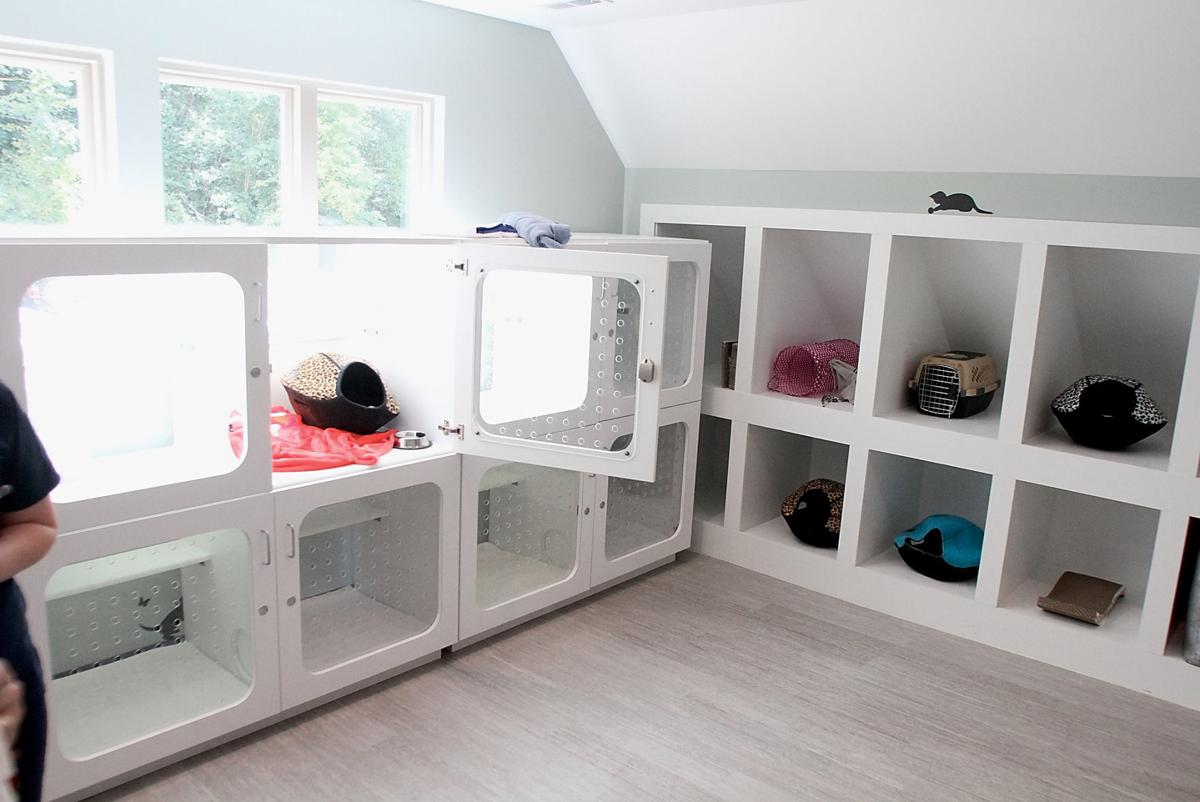 Shown here is The cat boarding area at the new Townsend Animal Clinic.

There are separate spaces for cats and dogs in the waiting area.

Dr. Morgan Detweiler (left) and Marion Manners are shown with Mouse at the new Townsend Animal Clinic. Detweiler worked in Pigeon Forge and also Maryville before opting to open her own clinic in Townsend.

Townsend Animal Clinic will hold an open house on Saturday, Aug. 24, so the public can see its treatment areas, boarding space and campus at 7522 E. Lamar Alexander Parkway.

Townsend Animal Clinic has opened in Townsend. Dr. Morgan Detweiler is the veterinarian who opened the new center in July. The open house is slated for Aug. 24.

Shown here is The cat boarding area at the new Townsend Animal Clinic.

There are separate spaces for cats and dogs in the waiting area.

For Dr. Morgan Detweiler, it’s a coming home of sorts.

The veterinarian worked in a Maryville clinic for almost 10 years before deciding to take a job at a clinic in Pigeon Forge, where she stayed for the past three years. But on July 15, Detweiler became her own boss at her own veterinary clinic in Townsend.

Townsend Animal Clinic is at 7522 E. Lamar Alexander Parkway. Staff has been hired and many of her former and current clients have followed her there. There will be an open house from 1-4 p.m. on Saturday, Aug. 24. The day will be filled with lots of activities, from K-9 demonstrations to entertainment, a food truck, raffles and door prizes. Tours of the new facility also will be available.

Sam McGroom, a client of Detweiler’s, was on hand on a recent afternoon with her dog, Izzy. McGroom said it was Detweiler who was the matchmaker for her and the dog four years ago.

“She is responsible for me adopting Izzy,” McGroom said. “She was my vet when she was at a previous clinic in Maryville. The joke is I took a cat to the vet and came home with another dog. She knew in her heart that Izzy and me were a good match.”

The new center features separate cat and dog waiting areas — something pet owners will surely appreciate. The cat exam room has no exam table. The cats are allowed to play on a climbing apparatus.

When dogs are weighed before being taken to their exam room, they only have to step on the sunken area of the floor. They can get a treat and have their weight recorded without having to be placed up on a scale.

This veterinary office has a consult room, offices, kennel holding area for animals who have just had surgery, a surgery room, isolation area and boarding for both cats and dogs.

It is her goal to give pets and their owners a less stressful veterinary experience, Detweiler said.

Detweiler said she was driving by the property three years ago en route to Pigeon Forge. She noticed the lot was for sale and contacted a Realtor after talking it over with her husband, Todd. They put an offer on it the next day.

There was an old abandoned house on the property, the two said. The first order of business after the sale was to demolish it and start building. Construction began last November.

When she was looking for a location, Detweiler said she considered Maryville, but “There are too many vets their already,” she said. Townsend seemed the perfect fit. There are not any other veterinarians here. Detweiler is the sole vet at her clinic.

Derick Templeton drove to Townsend Animal Clinic from Pigeon Forge. As vice president of Misfit Dog Project, he has partnered with Detweiler to get the word out about his nonprofit. It takes what most shelters call unadoptable dogs from shelters and places them in foster families until permanent homes can be found for them. Were it not for Misfit Dog Project, many most likely would be euthanized.

Oftentimes, the dogs are more than 10 years old and have medical issues. Misfit Dog Project takes them and gets the medical needs addressed so they can be adopted.

Templeton had one of the dogs with him. Honey is probably 12 to 14 years old, he said. She has lost most of her teeth and was removed from a home where methamphetamine was found. The dog was surrendered to a shelter near Chattanooga.

Misfit Dog Project pulled 21 dogs from shelters last year, Templeton said. It works with 33 shelters in the East Tennessee area. Templeton said the nonprofit are based in Sevier County but does not operate a facility of its own. It depends on foster families to take in the special-needs dogs while they are waiting for a home.

“We are always in need of fosters and volunteers,” Templeton said.

Proceeds from events at the open house Saturday will go to Misfit Dog Project. The nonprofit will have dogs on-site that need homes.

Detweiler is looking forward to meeting people from the community at the open house. She said this day has been a long time coming.

“I love having the freedom to practice how I want, even if it isn’t the ‘normal’ way most clinics are doing things,” she explained. “Being my own boss allows me that freedom daily. Years of hard work have been dedicated to the opening of this clinic, so it’s fun to look back at the journey and see how far we have come.”