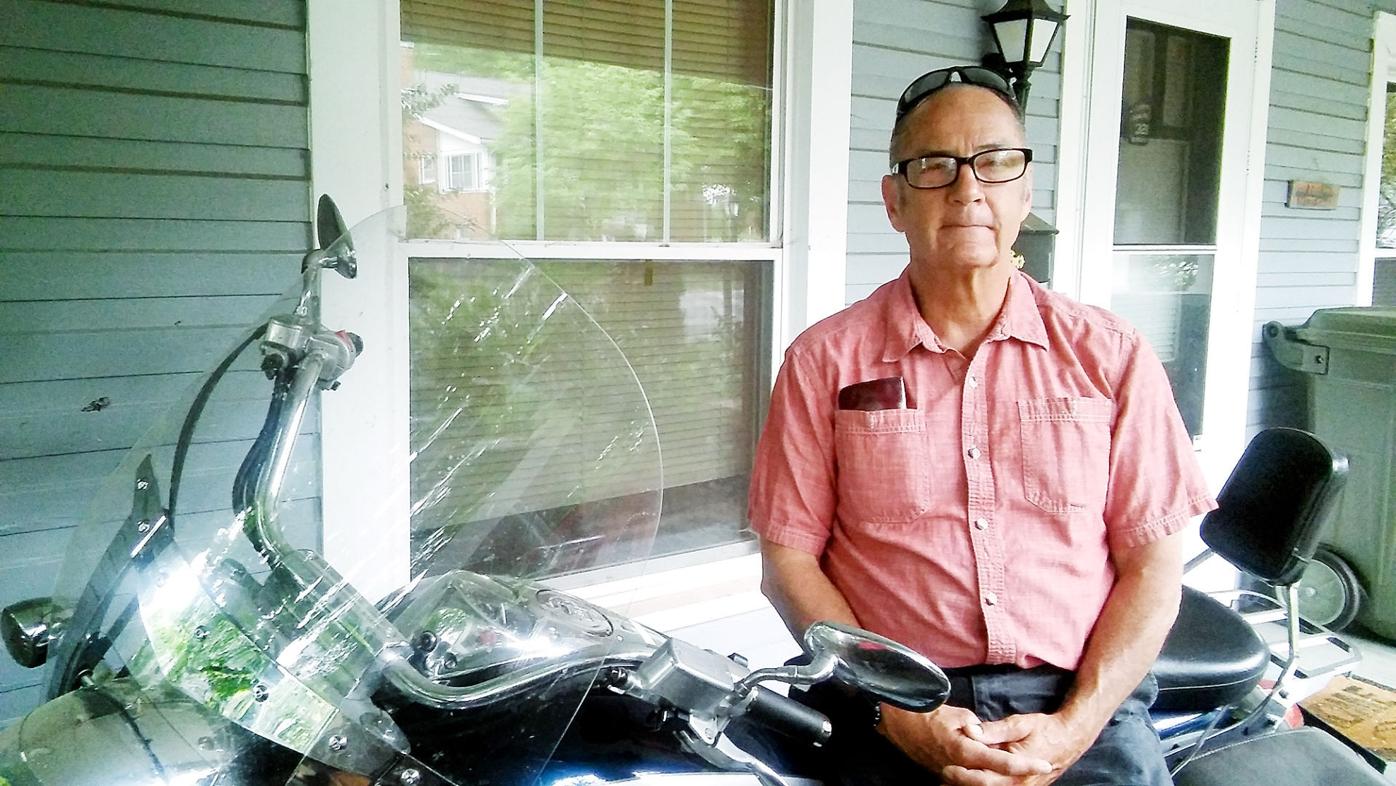 Lawyer and author Mike Pelletier has two bikes, Beauty and the Beast. Beauty is a Honda Shadow 750 and Beast is a Honda VTX 1800. The Beast is pictured here. 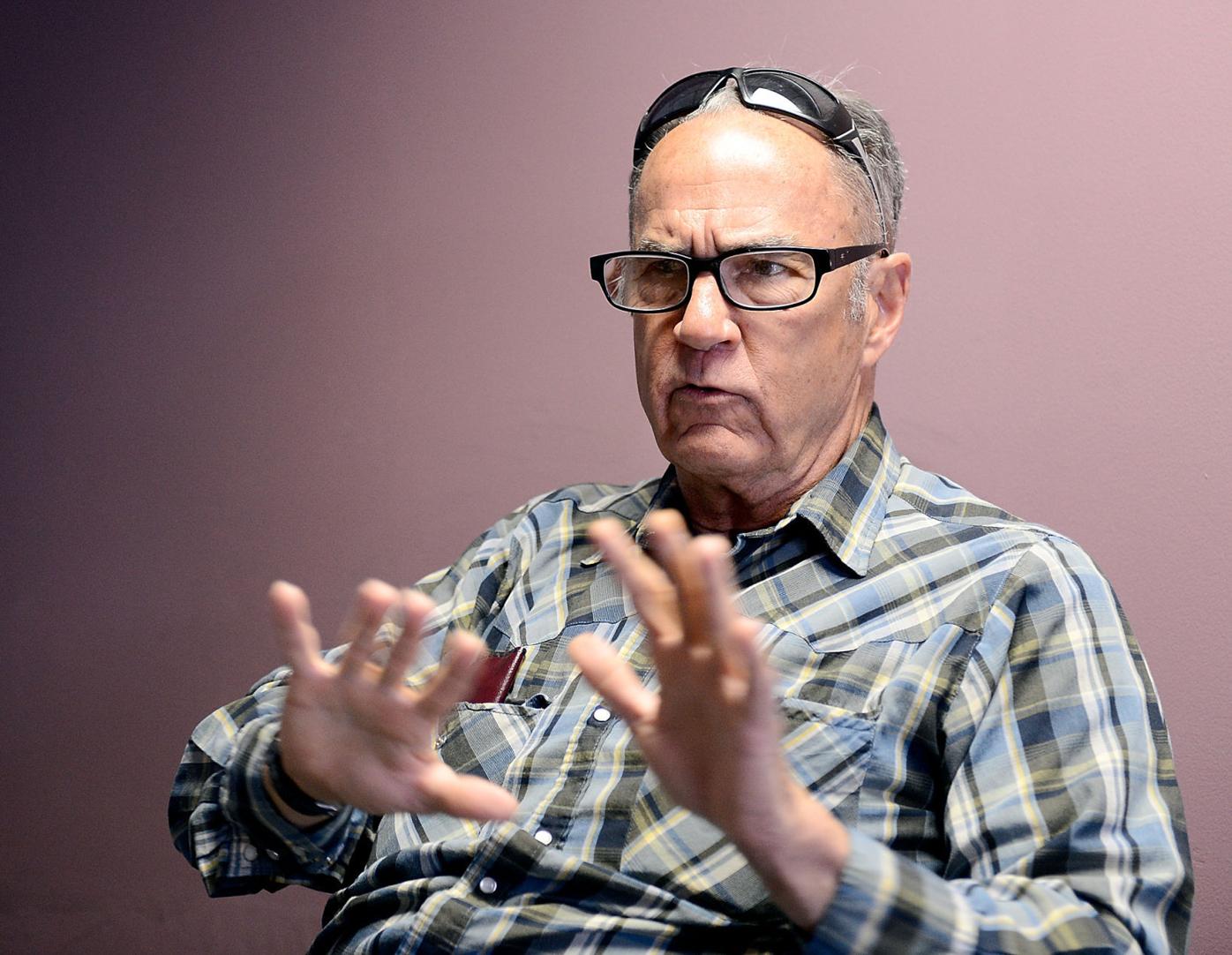 Mike Pelletier talks about the e-book he has written about the 2007 murder case of Channon Christian and Christopher Newsom.

Lawyer and author Mike Pelletier has two bikes, Beauty and the Beast. Beauty is a Honda Shadow 750 and Beast is a Honda VTX 1800. The Beast is pictured here.

Mike Pelletier talks about the e-book he has written about the 2007 murder case of Channon Christian and Christopher Newsom.

It can’t get much uglier than kidnap, rape and murder.

East Tennesseans who were living here back in 2007 know the case well. Channon Christian and Christopher Newsom were the victims of a crime so horrible it’s hard to believe other human beings were responsible. They were kidnapped in Knoxville, taken to a nearby house and tortured, raped and murdered. Chris was set on fire after being shot. Channon was left for dead in a trash can, wrapped in plastic garbage bags. They were a young couple in love with time to forge a future when they were brutally tortured, discarded like the evening trash.

Then, an unthinkable and ugly twist: the judge who presided over the trials had been a drug addict and was most certainly impaired on the bench, lawyers for the four defendants who were tried by the judge, maintained. New trials were granted to those four.

A memorial at 2316 Chipman St., the location where the despicable crimes occurred, features a cross and the words Together Forever. The house on the lot was torn down.

It stays with you

As a lawyer, Maryville’s Mike Pelletier has been interested in the case since moving here in 2011. He wasn’t here for the initial trials but has attended the retrials and talked with family members. Pages and pages of court documents and newspaper accounts have helped him piece together the case that consumed a community.

“This case wouldn’t leave me alone,” Pelletier said. “It is the most notorious crime in the history of Tennessee.”

The fact this crime was never considered racially motivated by the prosecution stuns Pelletier and others, including family members of the victims. It was five black men against a white man and white woman. It was just another murder case, said one of the prosecutors.

There was also little coverage of the senseless murders and trials anywhere other than here in East Tennessee, another fact Pelletier has a hard time understanding.

Stepping into their shoes

The lawyer in him became fascinated with the facts of the case and the shocking turn of events with the addicted judge. And because Pelletier is himself in recovery, Judge Richard Baumgartner’s story is one he can at least relate to from the standpoint of addiction.

Then he puts himself into the shoes of Gary Christian, father of Channon and Hugh Newsom, father of Christopher.

“I particularly sympathize with Gary Christian and can’t imagine coping with an assault like this on my daughter, which takes us dads to the border between forgiveness and vengeance.”

There is no interest here in attention for himself or making money off of someone else’s misery. Pelletier said there are at least two lessons that can be taken away from all of this. One, that our criminal justice system should deal with “incorrigibles” like these swiftly and harshly. Second, that judicial misconduct be reported for the good of the system instead of being tolerated or covered up.

Getting to the bottom

There are transcripts from defendants in the case, which is tough language to hear. And because the judge was taking drugs the entire time, the cases he presided over may go on forever.

This isn’t Pelletier’s first book. He wrote “The Millstone Society,” about the sex scandal within the Catholic Church. He also authored a book based on the Gospels, entitled “Liar, Loon or Lord: A Journey Through the Gospels.”

“Profiles in Addiction,” about the famous alcoholics and addicts through the ages, will be his next.

Pelletier is licensed to practice law in Tennessee, but his practice is limited to appellate litigation, civil and criminal.

He volunteers his services for nonprofits, too, including two recovery clubhouses in Tennessee and his fire company in New Jersey where he lived before here.

He has represented anti-abortion protesters in criminal court free of charge.

What brought this author/lawyer to Maryville has nothing to do with law or books. Pelletier’s other passion is motorcycles.

The Blue Ridge Parkway is one of his favorite rides. He admits to tackling The Dragon here in Blount County, but at a safe speed and with full attention to the road.

He’s been riding motorcycles since 1991 and keeps a diary of his excursions.

Writing is a way for him to share his adventures. “The Motorcycle Diary” is also available on amazon.com.

That talent also serves him well with telling this horrific story. There are a lot of legal twists and turns that fascinate Pelletier and telling the whole story is what he’s set out to do. If that means adding chapters to his book, he will do just that as the legal battles over the judge’s impairment move on in this and other cases over which he presided.

“The judge’s addiction raises the possibility that this will never end,” he said.

Author Mike Pelletier has his books available at amazon.com.