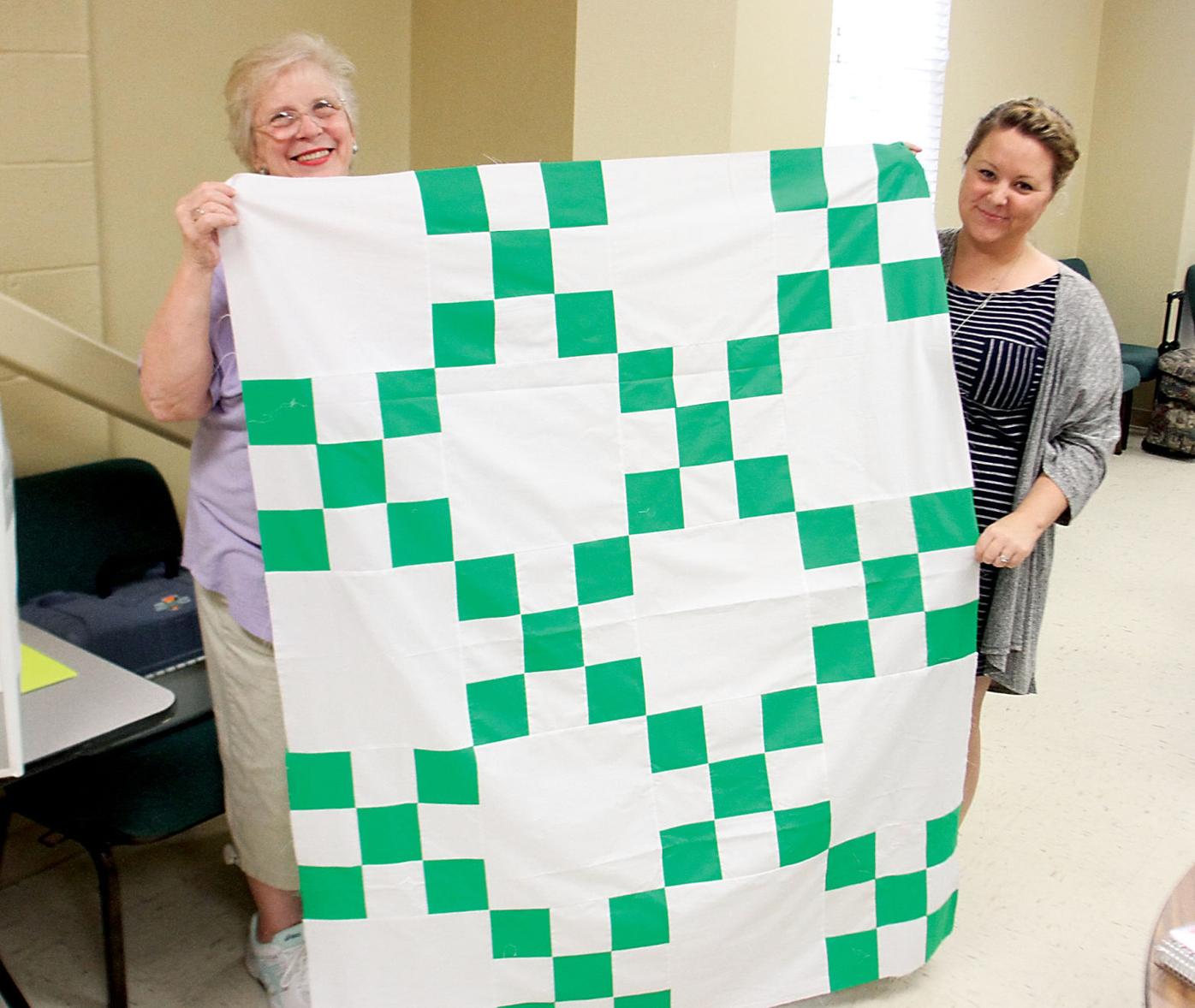 Celeste Meunier (left) and Jessica Waters show a quilt 4-H students made in class at First Baptist Church of Maryville. 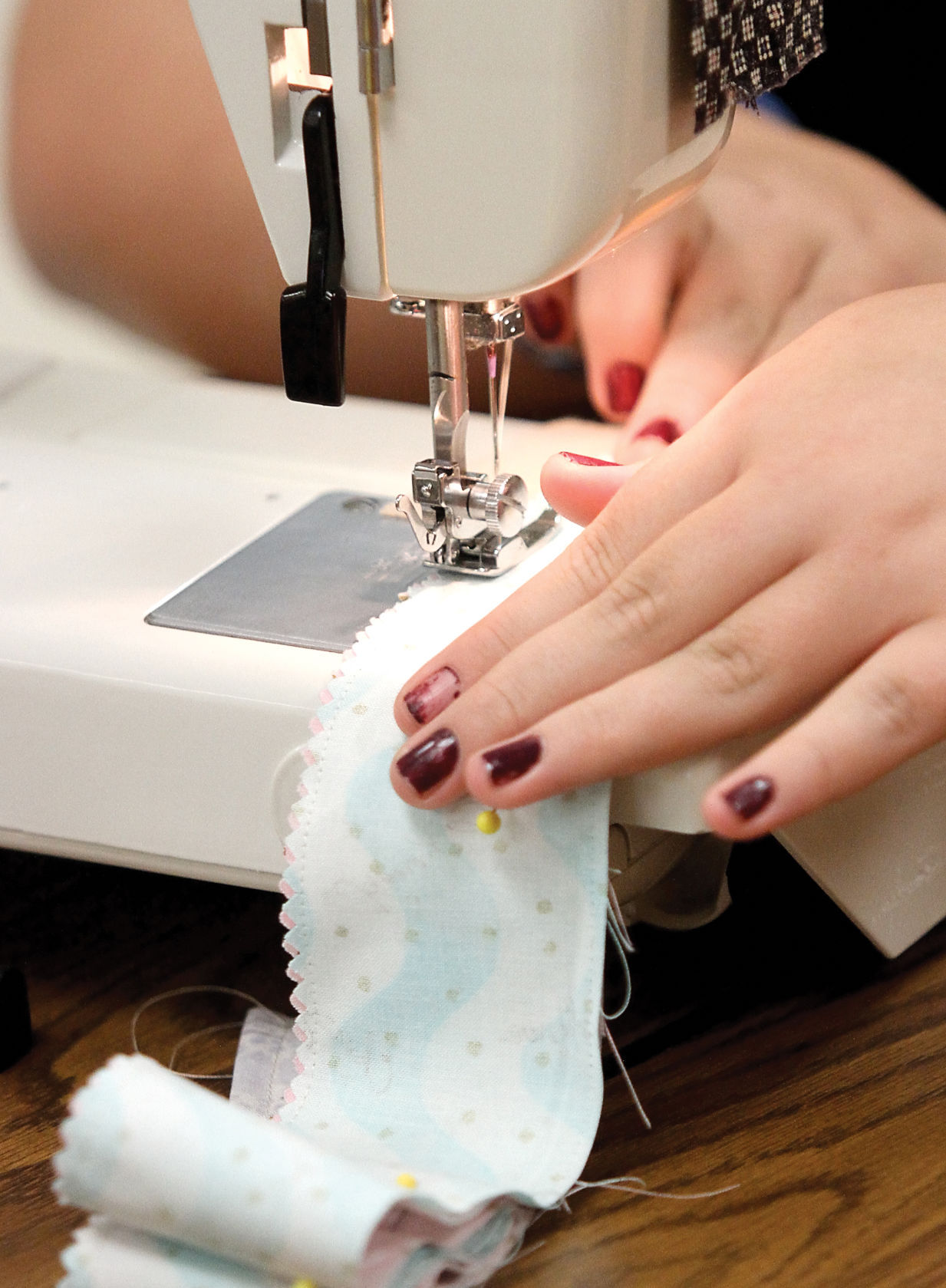 4-H students learn how to quilt at First Baptist Church of Maryville. 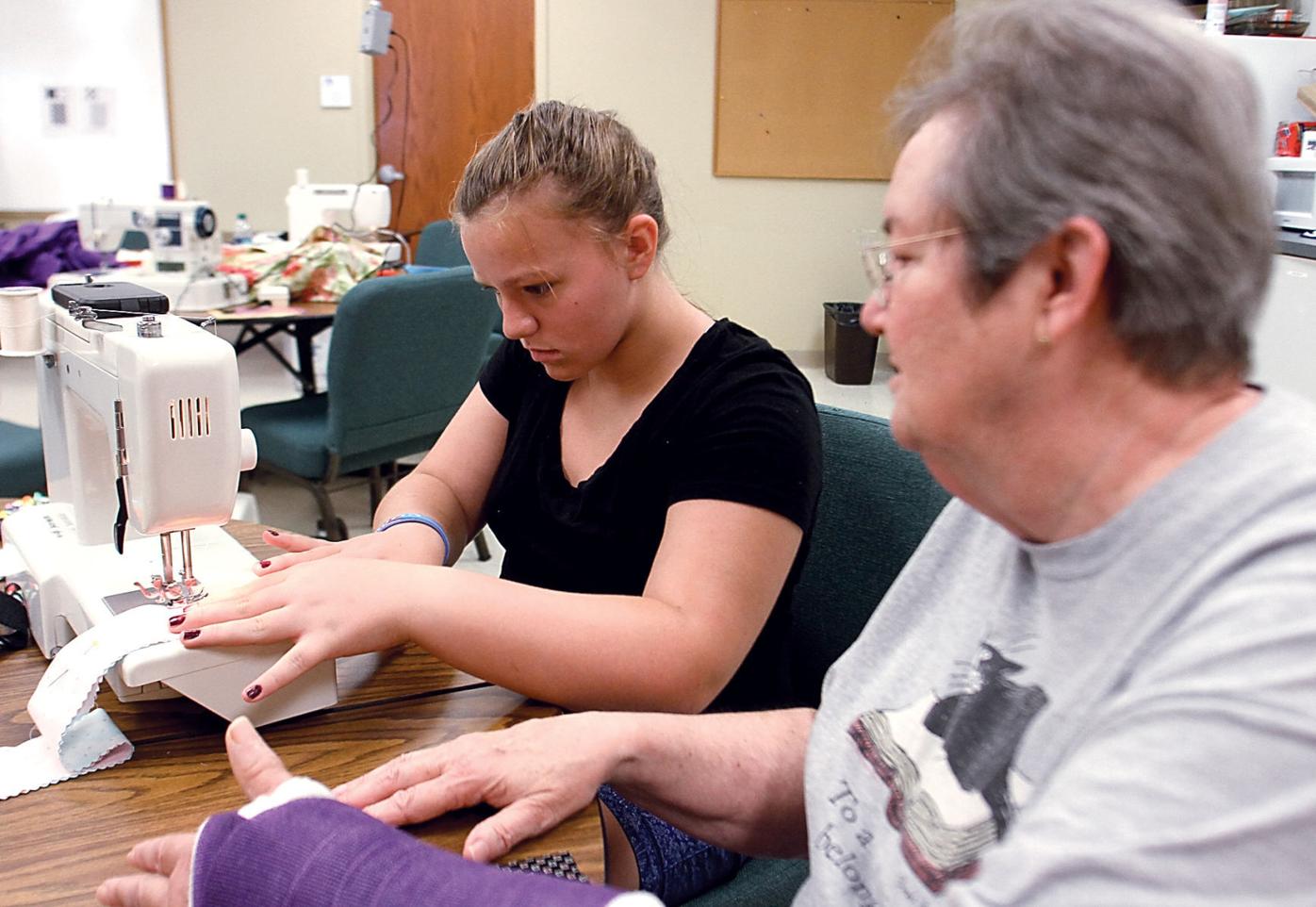 Carolyn Henriksen teaches Faith Davis and other 4-H students how to quilt at First Baptist Church of Maryville. 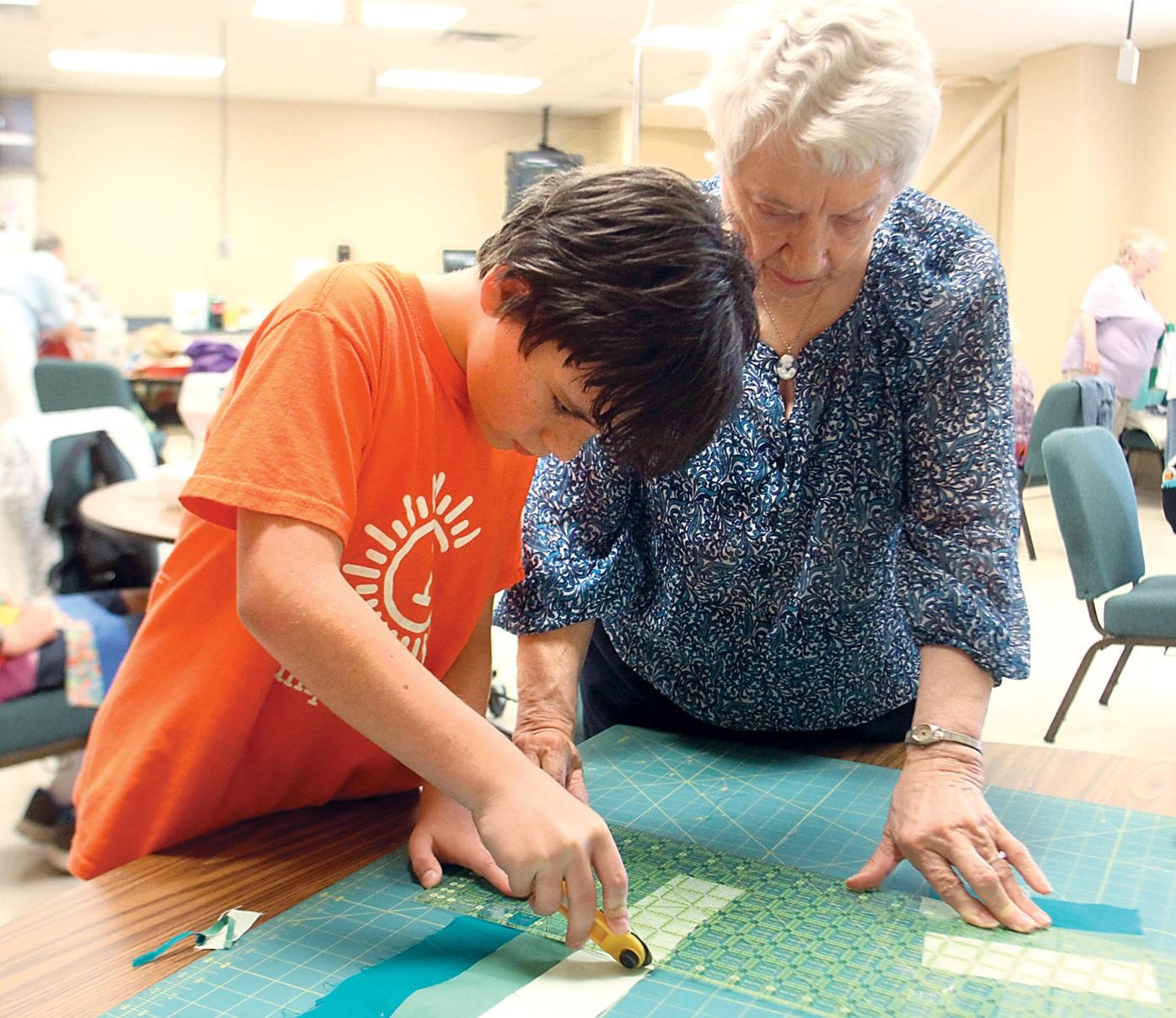 Celeste Meunier (left) and Jessica Waters show a quilt 4-H students made in class at First Baptist Church of Maryville.

4-H students learn how to quilt at First Baptist Church of Maryville.

Carolyn Henriksen teaches Faith Davis and other 4-H students how to quilt at First Baptist Church of Maryville.

Learning the intricacies of a sewing machine, getting the knack of straight seams and piecing together quilt blocks they helped create — a group of 4-H members learned these skill and more this week in a summer camp.

The group of fourth- through 12th-graders assembled at First Baptist Church of Maryville starting on Monday morning and concluding Thursday afternoon. They were the beneficiaries of some great instruction from expert quilters. Members of the Foothills Quilters spent four hours a day teaching the 4-H students how to use a sewing machine, piece together fabric for a quilt and make other items by hand. Many brought in their own machines.

When the week was over, the youth had made a key fob, pin cushion, pillow and the large quilt each had a hand in. It will be completed and hung inside the Maryville Municipal Center.

There were 12 to 15 expert quilters present for this camp experience, said Celeste Meunier, one of the club’s members. She said many came all four days. Some donated fabric and other necessary supplies. The church allowed the group to meet here free of charge.

Jessica Waters is in charge of 4-H in Blount County as the University of Tennessee Extension Agent for 4-H Youth Development. She attended a Foothills Quilters meeting recently to ask if they would be willing to share their knowledge with her youths. Members were eager and enthusiastic.

As soon as the first day, the 4-Hers were seeing what their hard work and determination could produce.

“They are very quick learners,” Meunier said. “We have done two to three projects per day.”

In addition to the pin cushions, pillows, key fobs and quilt, the youths also made mug holders.

They got the chance to do both hand sewing and the faster sewing machine. Most preferred the swiftness of the machine.

And while you might think the room was full of girls only, turns out guys have an interest in sewing as well. Joshua Cruice, 16, was busy on a sewing machine Wednesday morning. He admitted this was all new.

“I have never done this before,” he said. “Monday was my very first day, but it went pretty well. I was surprised. I didn’t think I had it in me.”

On day one, Cruice called thread string. He had also never worked with straight pins and labeled them as clothespins. He knows better now and was proud to show off the quilt he helped create.

“I also learned that fabric has two sides,” he said.

His instructor that morning was Marjorie Bogert. She said all of the students have been eager to learn.

Another male student, Zach Lima, was getting help cutting fabric. Longtime quilter Betty Peabody was showing him how to be precise. There were a total of three young men in this class.

“I wanted to learn this because my mom has always done it,” Lima said. And, if he ever needs to mend a shirt, he now will be able to, he said.

Peabody was complimentary of Lima and his new skills. She has been quilting for decades, and her mom was also a quilter.

Over in another part of the room, Foothills Quilter member Carolyn Henriksen was side by side with 12-year-old Faith Davis. She was showing the Union Grove student how to sew a straight seam on the machine. “She is doing fine,” Henriksen said. “I think the third day is the charm.”

When asked what she liked most about the camp, Davis answered with what she didn’t like. “Not hand sewing,” she said. “That is not fun.”

Henriksen remembers being in 4-H when she was in high school. She became biscuit-baking champion. Those good memories are part of the reason she volunteered for this 4-H camp. That, plus she is a great quilter who wants the talent to take hold in younger generations.

“I love to quilt,” Henriksen said. “If I can’t be found, my husband knows I am in my cave. It’s my excuse for not vacuuming.”

The Foothills Quilters meet the first and third Thursday of each month and have a membership of about 60. Meunier has been a part of the organization since 2005.

Waters was pleased with how the camp turned out. She even became a student. Like the youth, Waters now knows her way around a sewing machine and can take what she has learned and build on it. She also loved seeing the generations come together.

“They have been making friends with those not of their own generation,” Waters said. “That’s been neat to watch.”

4-H provides summer camp opportunities each year. Another one begins next week.