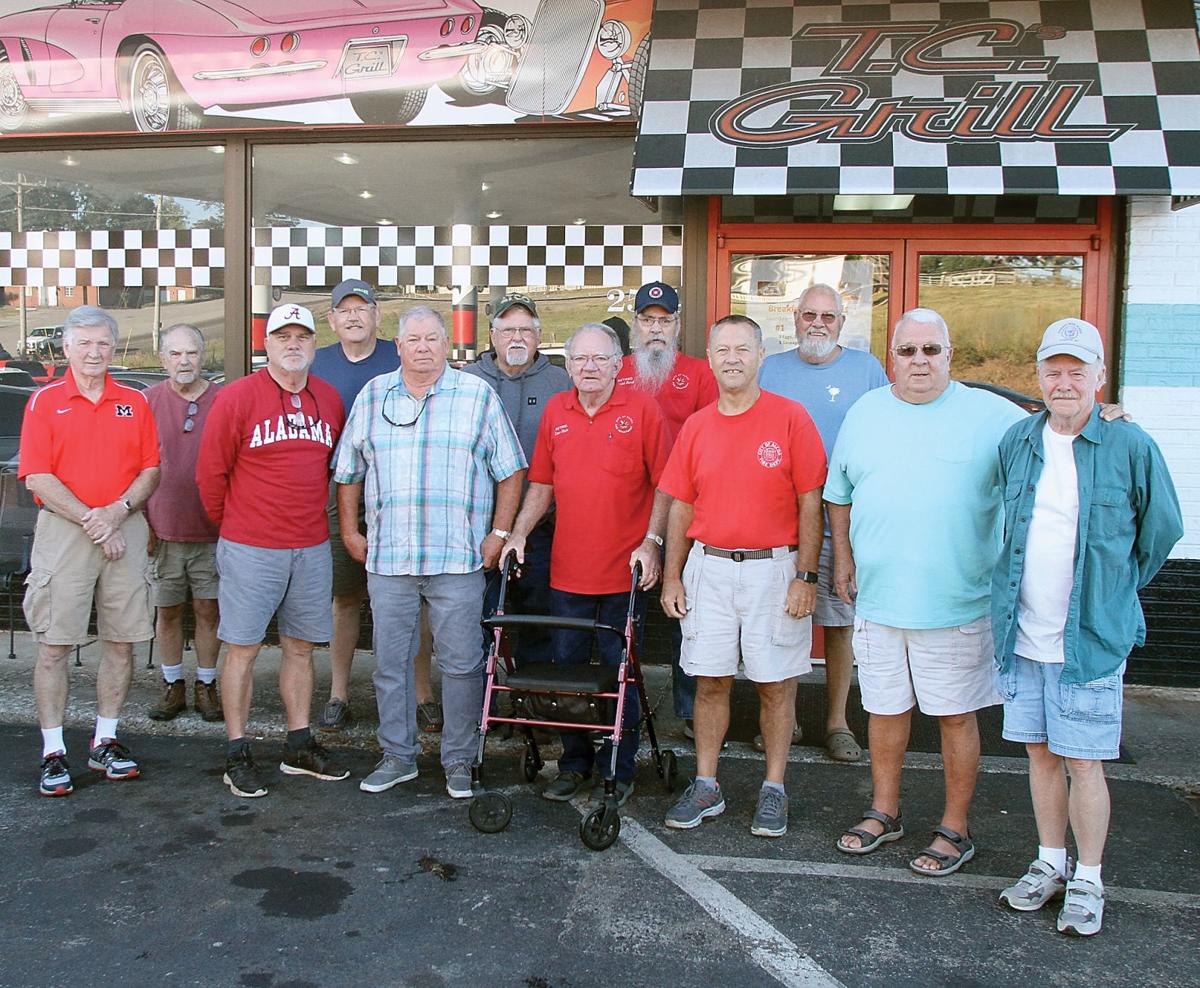 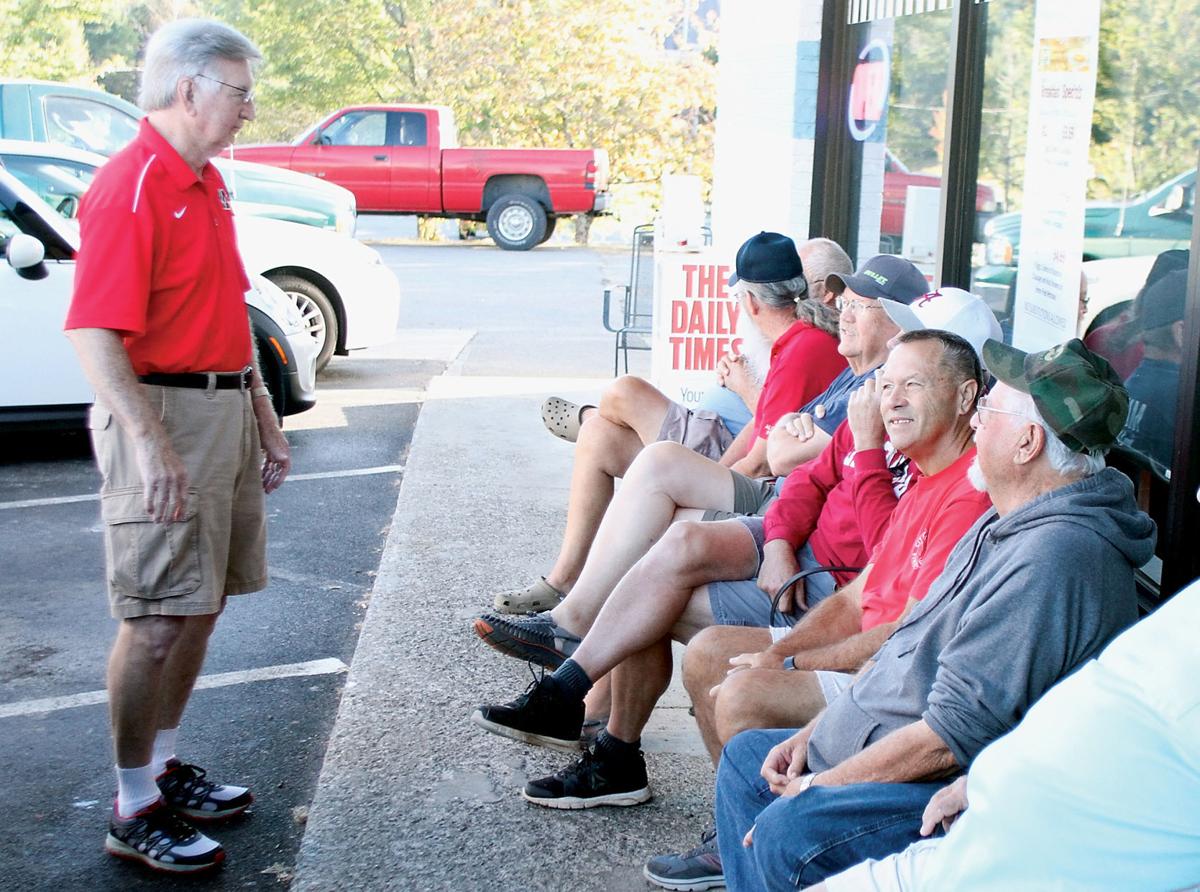 Retired firefighters chat outside of TC’s Grill before getting together for their monthly breakfast gathering.

Retired firefighters chat outside of TC’s Grill before getting together for their monthly breakfast gathering.

A brotherhood of retired firefighters from Alcoa and Maryville keeps the last Wednesday morning of the month open for a reunion of sorts, where stories true and altered spill out over plates of biscuits and gravy.

About a dozen or so of them gather at TC’s Grill in Maryville and have been for about 15 years. David Staley, who retired from Alcoa Fire Department in 1991, was asked to form this band of retirees for the monthly get-togethers. He was hired in to the police department initially, in 1957.

He said in the 15 years they have shown up on these Wednesdays, they’ve only had to cancel a few times, for bad weather.

“I figured it would last only a few months,” Staley said of the get-togethers.

Here on this Wednesday in September was Paul “Big Paul” Walker, who served with the AFD for 22 years. He also worked in public works for 14 years, retiring in 2007.

David Hurst agreed. He put in 30 years with AFD and has been retired for close to 14.

“I thought I would leave before they ran me off,” he quipped.

Others around this breakfast table included Maryville Fire Capt. Mike Sing, who helped keep the community safe for 33 years before retiring in 2018.

Pat Flynn has attended many of these sessions over the years, too. He worked for Alcoa for 31 years and has enjoyed retirement since 2009. It is his job to send out reminders so no one forgets to show up.

Ed Hall recalled his time of service with Alcoa down to the day. “Twenty-five years, seven months and 21 days,” he said.

Then there’s Claude Scarbrough, who worked 30 years for Alcoa Fire Department and retired in 2000.

With 29 years to his credit with Maryville, Larry Cupp said he attends these monthly gatherings to “tell a few tales.”

They even let Everett Cooper attend, although he spent only one year with Alcoa Fire Department. Cooper said he is grateful for the fellowship.

Tom Clark, a member of the Alcoa Fire Department for 40 years, and Randy White, who logged 25 also with Alcoa, round out the list of attendees. There was only one fire station when Clark started; there are three now.

They all have worked alongside one another at some point in their duties, they explained. If one department needs reinforcement, the other is there.

Flynn said this week, which is Fire Prevention Week, is a good time to recognize a group of men who worked hard for their communities and who still have that camaraderie these years later.