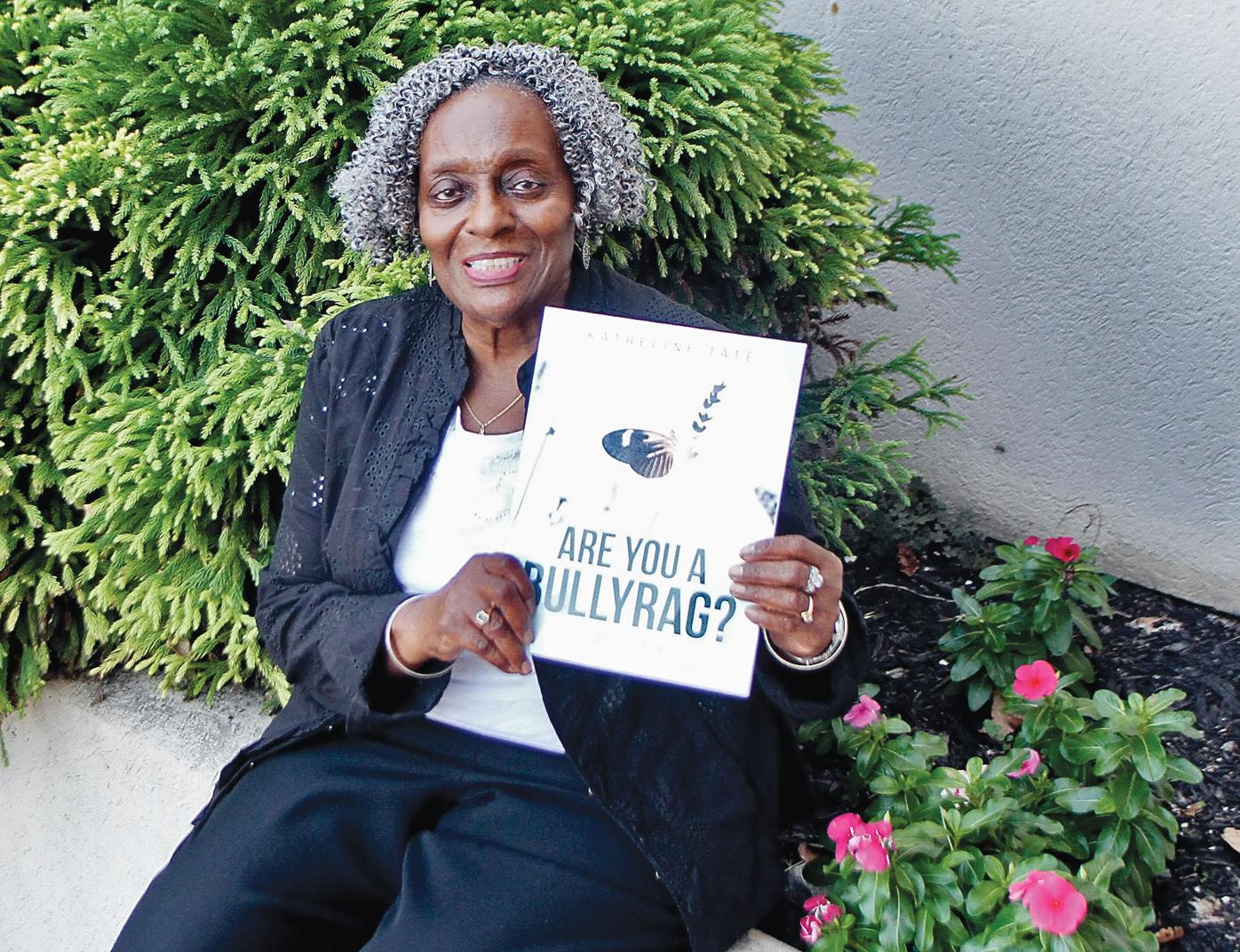 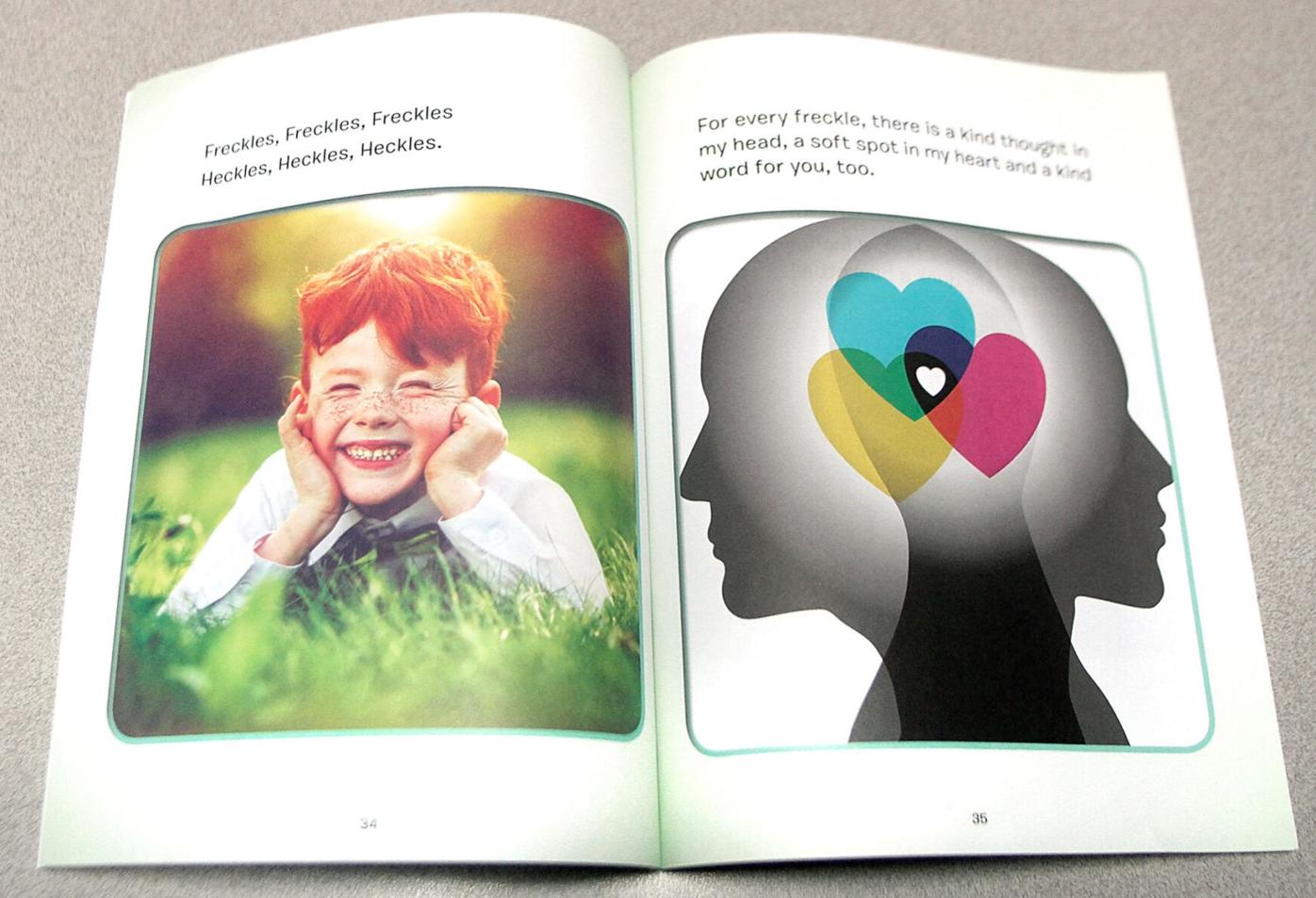 Children are often teased about their appearance. This page from Katheline Tate’s book shows a small boy with freckles. 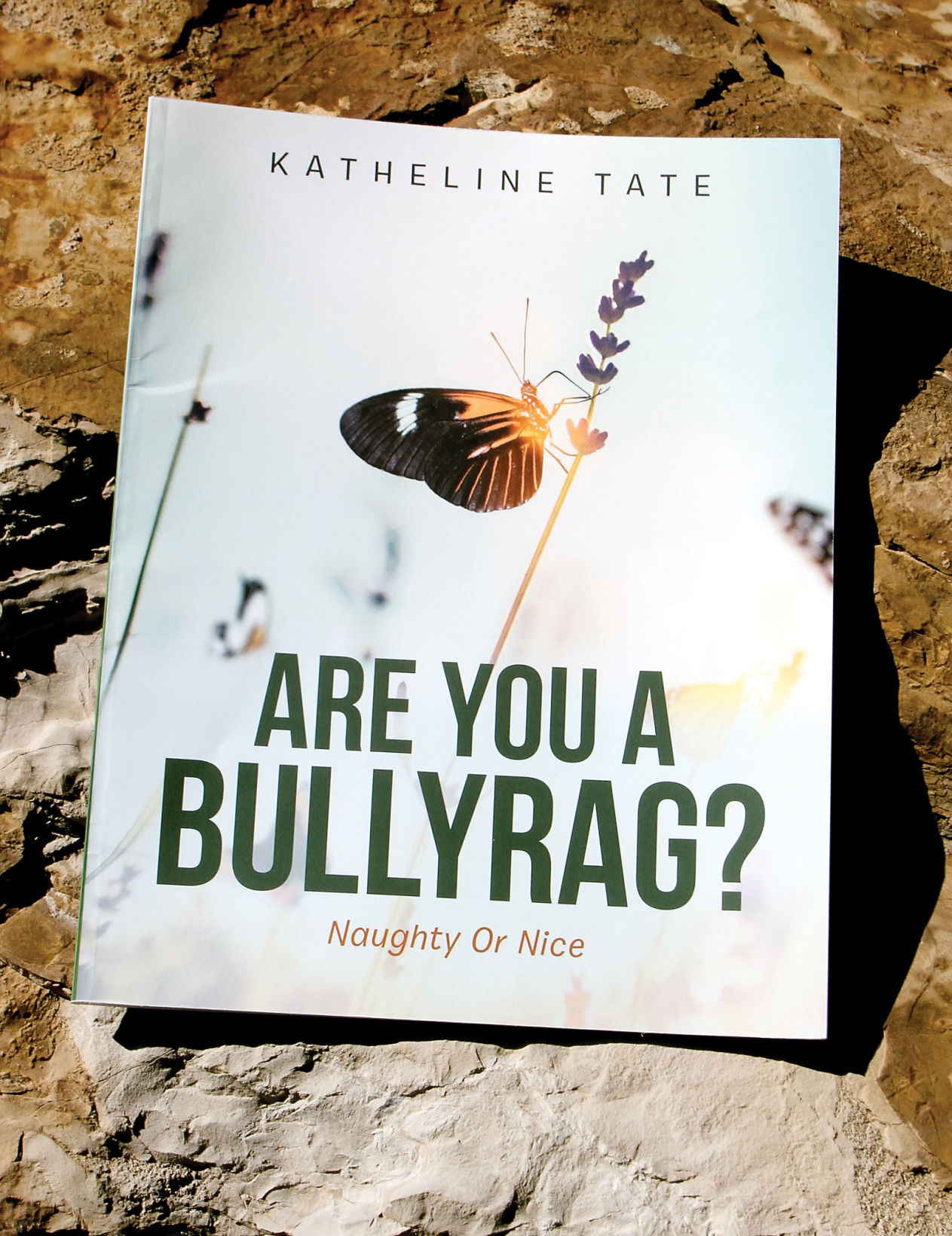 “Are You a Bullyrag? Naughty or Nice” by Katheline Tate. The 60-page guide gives victims of bullying positive reassurance about who they are as unique individuals.

Children are often teased about their appearance. This page from Katheline Tate’s book shows a small boy with freckles.

“Are You a Bullyrag? Naughty or Nice” by Katheline Tate. The 60-page guide gives victims of bullying positive reassurance about who they are as unique individuals.

The memory is vivid — Katheline Tate dreading the walk to and from school every day because of one neighborhood boy whose mission, it seemed, was to make her life miserable.

She was 10 or 11 at the time, and struggled to figure out a way to make the teasing stop. Her concerned dad told her that he couldn’t walk her to school every day, that she needed to find a way to solve her problem on her own. Talks with the boy’s family went nowhere.

Then the day of reckoning finally came. As this boy started in on his daily teasing tactics, Tate reached down, picked up a rock and hurled it in his direction.

“It hit him right in the forehead,” Tate recalled. “He had to go to school the next day with this bump on his head and I was glad to tell everybody how it happened. He never bothered me or anyone else again. After I hit him, I ran home.”

Tate isn’t condoning harming another person; she shared her story as she talked about her latest project, a book she has written, called “Are You a Bullyrag? Naughty or Nice.” That early experience with a bully wasn’t her only one. As an elementary and middle school teacher for more than 40 years, she saw it on the playground between students. It is something, she said, that happens more than we might think.

Her 60-page book, which is crafted similar to a workbook beneficial to victims of bullying and even the bullies themselves, is available on Amazon. She is working to get it into Southland Books in Maryville and possibly the libraries in Alcoa City Schools and other school systems.

According to the National Center for Educational Statistics, one of every five students reports being bullied in this country. The reasons for being bullied reported most often by students include physical appearance, race/ethnicity, gender, disability, religion and sexual orientation.

She was hired by Alcoa City Schools in 1985 and taught 10 years at Alcoa Elementary and 12 at Alcoa Middle. She retired in 2007

It was about a year ago that Tate began kicking around the idea for her book.

“I write in my head all the time,” she said. Tate said one day while volunteering at Blount Memorial Hospital, she grabbed pen and paper. After some initial work, she asked some others to give their opinions.

Family and others were highly encouraging, so she prodded ahead. Tate writes about many of the reasons people are bullied and how bully victims can view themselves as more than the sum of their physical traits.

She uses photo images and has included pages on which readers can jot down their own thoughts. Children with freckles, those with dark skin, others who have large feet or small hands, special needs children and those with gender issues — Tate brings them to life on the pages of her book to tell them all they are all made in the image of God and there is good in everyone.

If you have large feet, you can kick a ball farther or jump higher, she writes. Being taller than others gives you an edge in sports, this author says in her book. Wearing glasses is just one more tool that makes you better at whatever you want to do.

“Are You a Bullyrag” is dedicated to Tate’s parents, who she said taught her that she is as good as anyone and to treat others kindly. She also dedicates it to her teachers at Charles M. Hall High School, pastors, and anyone who has been bullied.

Tate said students at the schools where she taught would come to her when they were facing teasing for whatever reason.

“When I was working at Alcoa Elementary and we were outside at recess, kids would come up to me,” she said. “There would be five teachers on the playground but they would come to me. I think it’s because they knew my personality and they knew I would take care of the problem.”

Because of COVID-19, Tate hasn’t been able to hold book signings and promote her book like she had originally intended. She had hoped to get “Are You a Bullyrag?” into the waiting rooms at doctors’ offices, but reading materials have been removed there due to coronavirus.

The word ‘bullyrag’ is a synonym for bully. Tate chose it for the title of her book because it causes readers to pause and ponder, turn some pages.

Low self-esteem, isolation, depression and other psychological problems can develop when a person is bullied, Tate said, one more reason she felt the need to write her book. She wants to be able to help victims understand they are not defined by their bullies.

One page of her book shows a photo of a mirror. Tate asks the person or bully to look at themselves there.

“Don’t like what you see?” the reader is asked. “Don’t bully me. I am what I am and who I am and God loves me just as I am,” Tate writes.

The last page of the book shows a rainbow, with Tate explaining that God made all the colors in it and all people.

Make a pledge to no more bulling, Tate writes. “Don’t be a bullyrag.”

Retired educator Katheline Tate is the author of "Are You a Bullyrag? Naughty or Nice," which she published through AuthorHouse. It is available from Amazon in paperback for $29.99 or Kindle, for $3.99. Tate taught for 20 years in New York and 22 years in Alcoa.