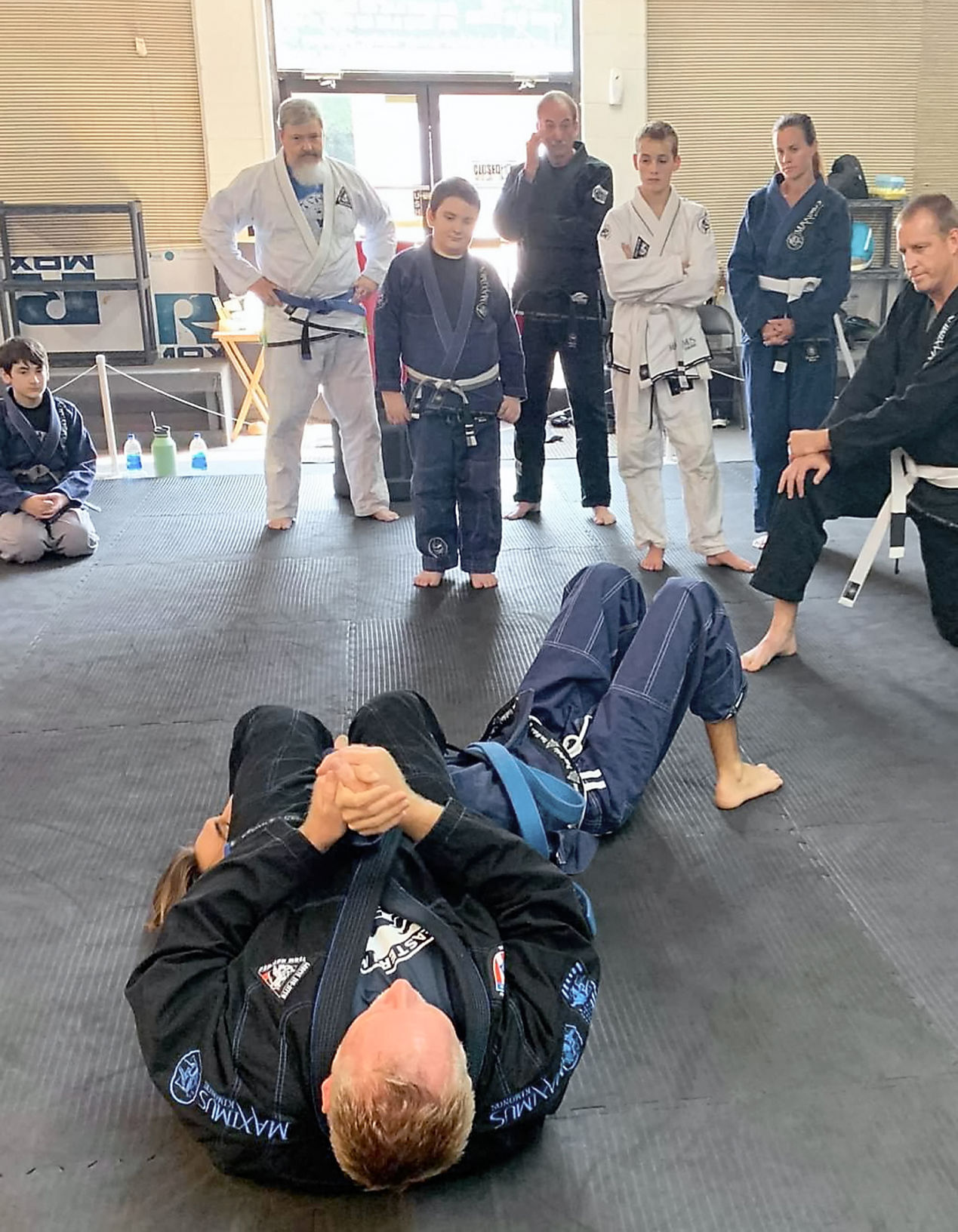 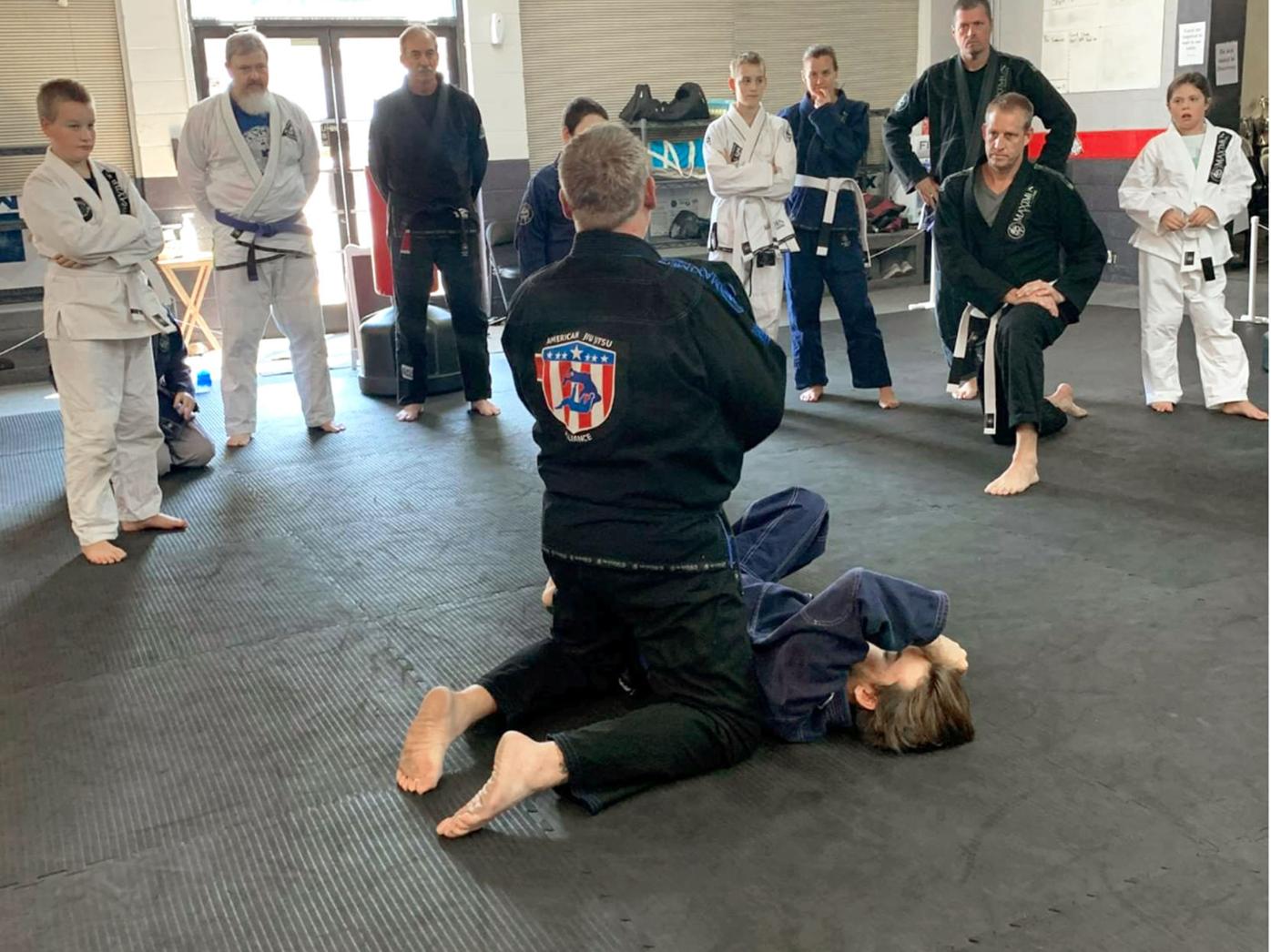 Brad Hatcher gives a demonstration at his studio in Maryville. The American Sport Jiujitsu League has named him the head jiujitsu grappling coach for the United States. 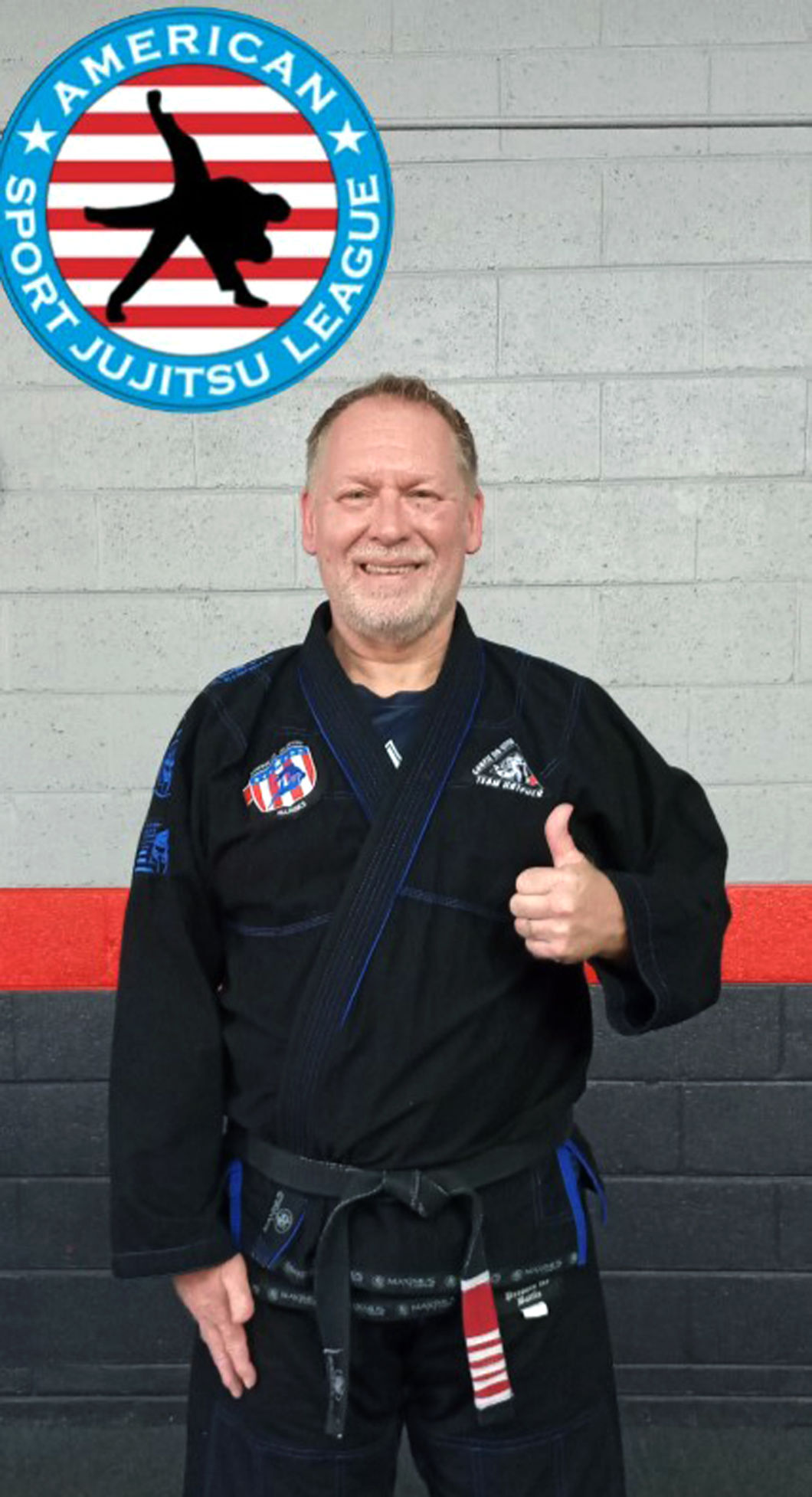 Brad Hatcher said he can’t wait to start training the U.S. jiujitsu team that will compete next year in London, England.

Brad Hatcher gives a demonstration at his studio in Maryville. The American Sport Jiujitsu League has named him the head jiujitsu grappling coach for the United States.

Brad Hatcher said he can’t wait to start training the U.S. jiujitsu team that will compete next year in London, England.

Maybe it’s due to Brad Hatcher’s credentials as a successful competitor in the sport of jiujitsu or because of his longevity as a teacher and business owner.

It’s probably a combination of all three that garnered him an appointment as the head coach of the U.S. jiujitsu grappling team for the 2021 and 2022 seasons.

Whatever went into the decision-making, Hatcher, 54, is just elated to have been selected and said he can’t wait to hand-pick his team.

As Hatcher explains it, he had a workshop at his Maryville martial arts studio back in July. It was during that time that Bob Stines, president of the American Sport Jiujitsu League notified Hatcher of the head coach honor. The ASJL is the governing association over the sport of jiujitsu in the United States.

The appointment caps off a long and rewarding career.

Hatcher started in jiujitsu back in 1991. Because there were no instructors in the immediate area, he had to travel to Williamsburg, Kentucky, every week to learn this system of martial arts.

Then in 1993, Hatcher discovered Brazilian jiujitsu, also known as Gracie jiujitsu. He began training with the most notable and famous instructor, Rickson Gracie. Hatcher became a certified instructor under Gracie.

He is also the founder of the Southeastern Martial Arts Federation and the Tennessee State Jiujitsu Championships.

The official announcement of Hatcher’s appointment will be made at the nationals event on Oct. 23 in South Carolina. The world championship for 2022 will be held in London, England. Teams from around the world will compete.

Other locations for the world championships have included Australia and New Zealand.

Two competitors can be chosen for each weight class for both men and women for the U.S. team, Hatcher said. There are eight weight classes. He said teams in the past have included 20 to 30 members.

There are generally fewer women competitors, he said.

“I will be starting with the Oct. 23 event, using that national championship in choosing the national team,” this coach said. “Starting next year, there will be a series of tournaments. We will pick team members from those who qualify.”

Had this been a normal year, there would have been five qualifying events.

The world championship is held every two years and was supposed to happen in 2021 but COVID-19 canceled it and pushed it to next year.

There are other coaches who have and will be selected in coming months. While Hatcher is the head coach for the grappling jiujitsu division, John Delvecchio has been chosen as head coach over sport jiujitsu.

This team will include adults only. Hatcher said some of the competitors he chooses for his team could end up being from right here in East Tennessee.

“You have to go to tournaments and do well,” he explained. “It is open to anyone that wants to compete. They just have to go to qualifier tournaments. I have five guys in my school who are already training for nationals.”

To be able to get the best athletes, Hatcher will attend these qualifying meets. He said once he selects his team members, all will be required to come to his facility in Maryville and train.

This new role for Hatcher will keep him busy for sure. He teaches class at his studio Hatcher’s Martial Arts. The coaching position could be permanent.

“The last grappling coach was there for almost a decade,” he pointed out. “I could possibly be there for five world championships.”

The last time Hatcher competed in jiujitsu was back in 2012. He’s had surgeries since then and said it’s hard to keep an older body in tip-top shape.

“You do have a time limit just like bread,” he said. “It expires.”

Another part of his job will be to gain sponsors for himself and his team. He is responsible for his own travel expenses to London.

am not going to miss this.”