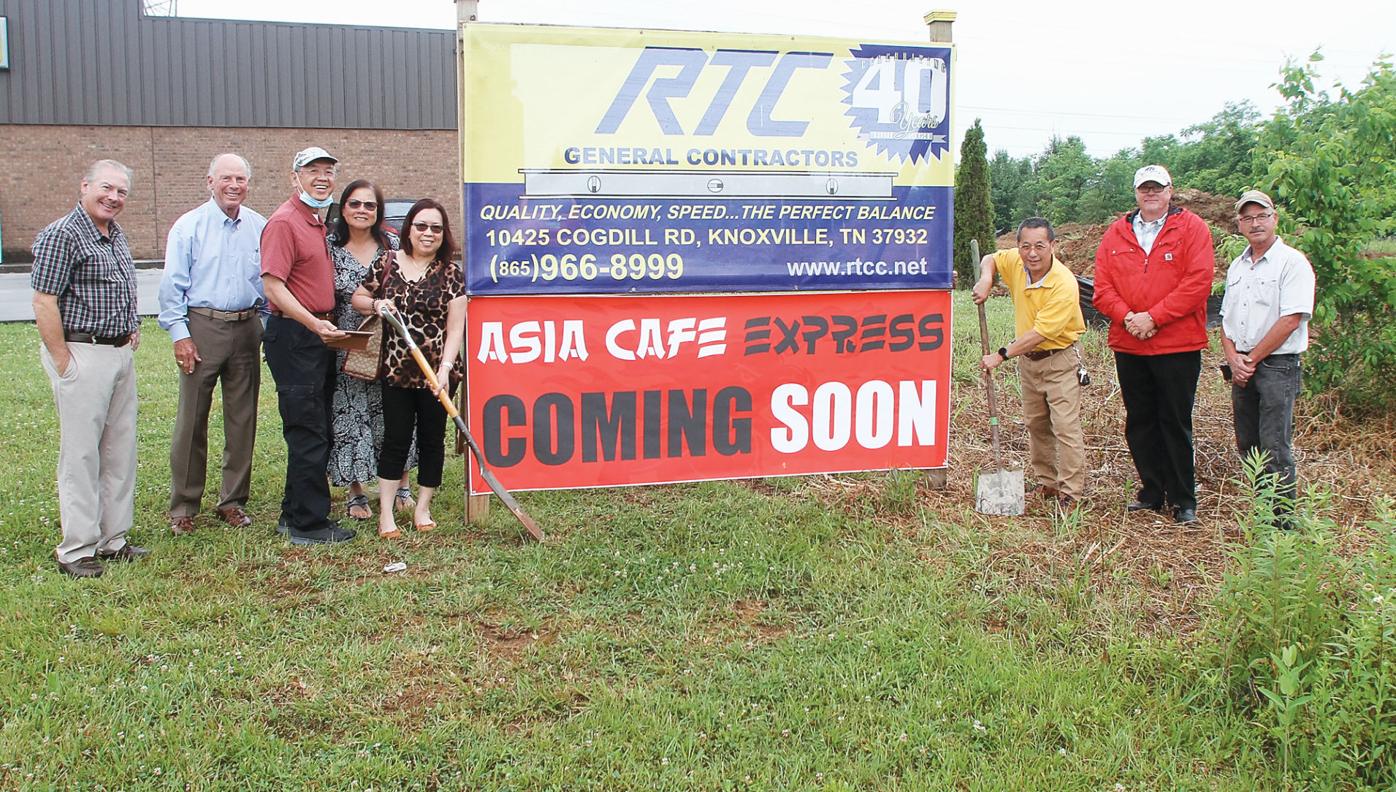 Asia Cafe Express will break ground soon in Maryville, on West Lamar Alexander Parkway across from Petro’s Chili & Chips and next to Dollar General. The owner is Phillip Lim (right, yellow shirt). 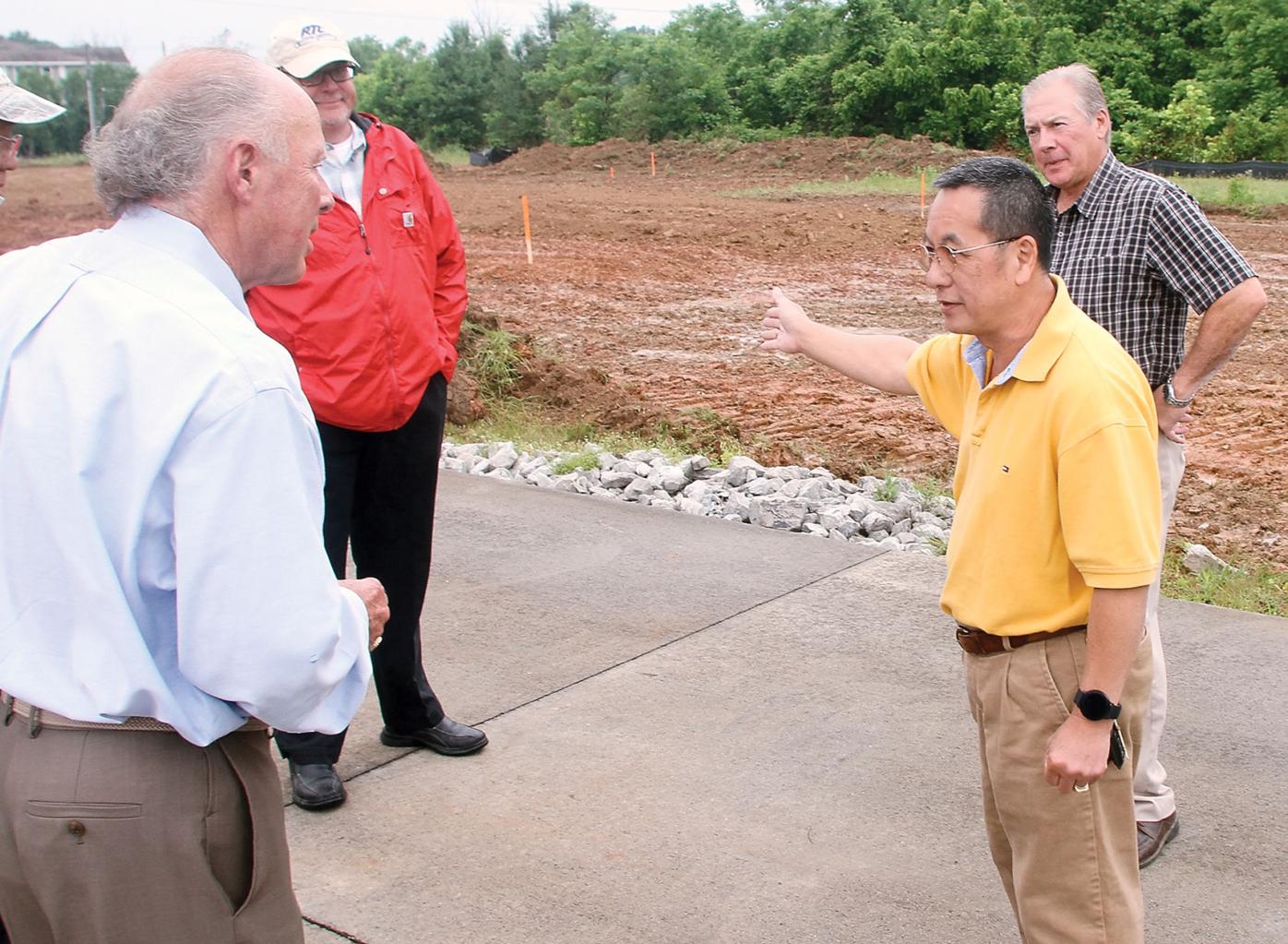 Asia Cafe Express will break ground soon in Maryville, on West Lamar Alexander Parkway across from Petro’s Chili & Chips and next to Dollar General. The owner is Phillip Lim (right, yellow shirt).

After successfully running Lim Dynasty Asia Cafe in Knoxville for many years, owner Phillip Lim is branching out and bringing his first Asia Cafe Express restaurant to Maryville.

Lim, 64, and local supporters gathered at the site recently, which is on West Lamar Alexander Parkway next to Dollar General and across the street from Petro’s Chili & Chips. Lim said this will be the first of 50 such Asia Cafe Express restaurants he hopes to open across several states. Blount County also will have a second one on the Springbrook Farm property in Alcoa currently under development.

“I am ready,” Lim said as he talked by phone about his decision to move forward with his expansion plans. He said many of his customers at Lim Dynasty Asia Cafe in Knoxville drive over from Blount County and have asked him for years to open a restaurant here.

It is now the right time, the business owner said. He said the push he needed to get busy was the announcement that Amazon will build facilities in Blount County.

Lim has owned and operated Lim Dynasty Asia Cafe for about 16 years. The first 13 years were at a previous location on Central Avenue in Knoxville.

He has been at the Callahan location for about three

The express locations will not be like his flagship restaurant, which offers more than 200 menu items, he said. The Asia Cafe Express restaurants will be smaller, with seating for about 36 inside and on a patio, but there also will be drive-thru service.

The menus at the new restaurants will focus on hibachi and sushi, Lim said, adding that he hasn’t settled on a final

“This is the first of 50,” Lim said of the Maryville location. He said this will be the model restaurant.

A location in Bristol is also in the plans.

Other nearby states Lim is looking at include North Carolina, South Carolina and Virginia.

Lim lives in Knoxville and has since 1992. He previously owned restaurants in Malaysia and is the great-grandson of the founder of independence of Malaysia. Independence from Britain took place on Aug. 10, 1957.

“I have a lot of customers from Maryville that come to my restaurant on Callahan,” Lim said. “They have been bugging me for years to open one here. I was holding back but now that Amazon is coming, it’s time. I will bring jobs to this community.”

The entrepreneur recently was inducted into Marquis Who’s Who.

He has written a self-help book titled “Escape Towards Success.” He donated 10,000 face masks to children’s hospitals, senior living homes, police departments and other frontline workers.

He is currently developing the Lim Dynasty Asia Cafe Foundation to continue his charitable efforts.

His family sent him to the United States as a young man. His first job was as a dishwasher and busser, but he soon advanced himself through the industry.

In addition to his restaurant, Lim has developed two beverage products — a liquid detox product and also an energy drink. This business owner also said he would love to bring Knotty Pine Children’s Theater to Blount County, with 3D and 5D children’s entertainment designed by a Disney animator.

His focus currently is on getting the Asia Cafe Express restaurants up and running.

“As KFC started in Kentucky, ACX will start in Maryville, Tennessee,” he said.