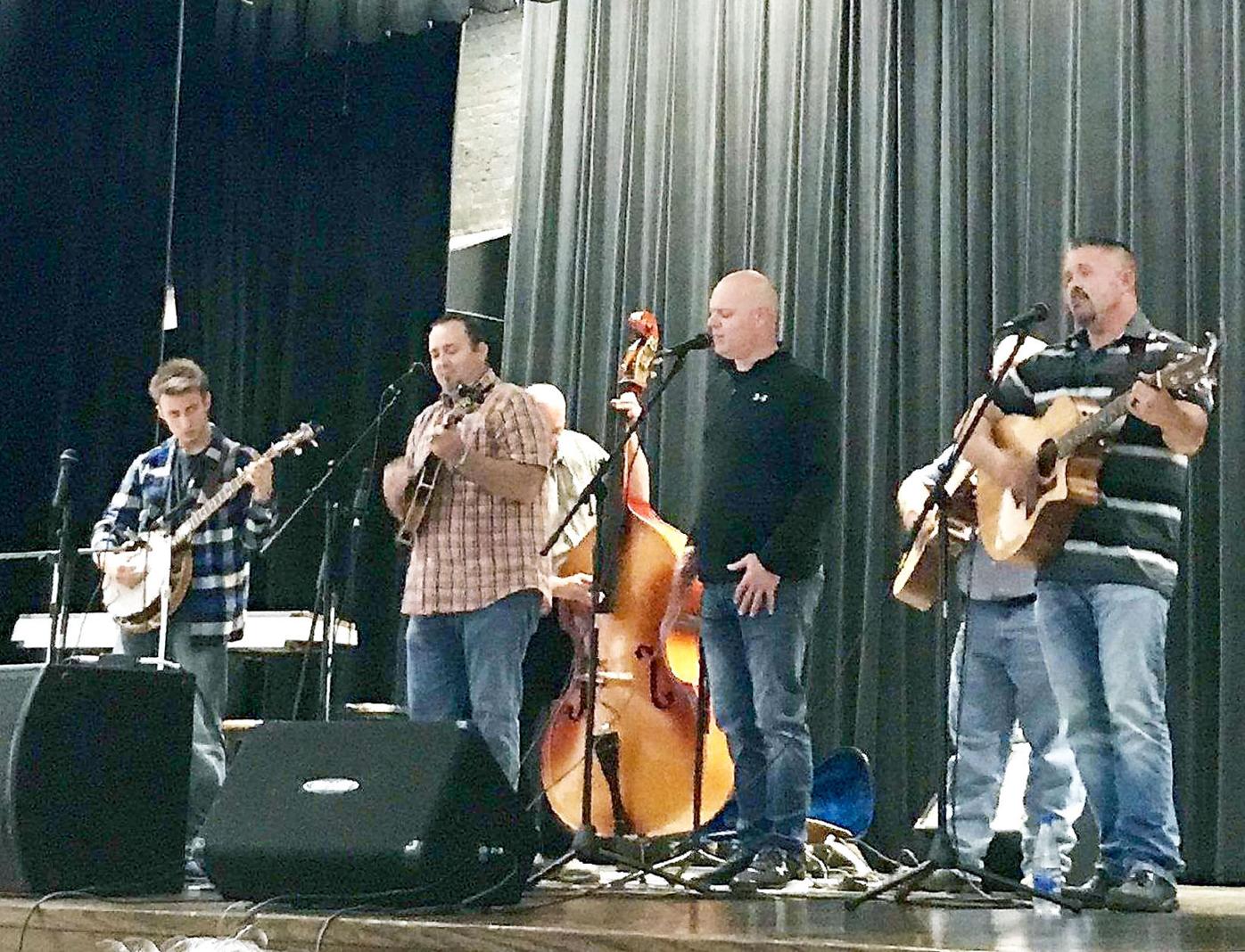 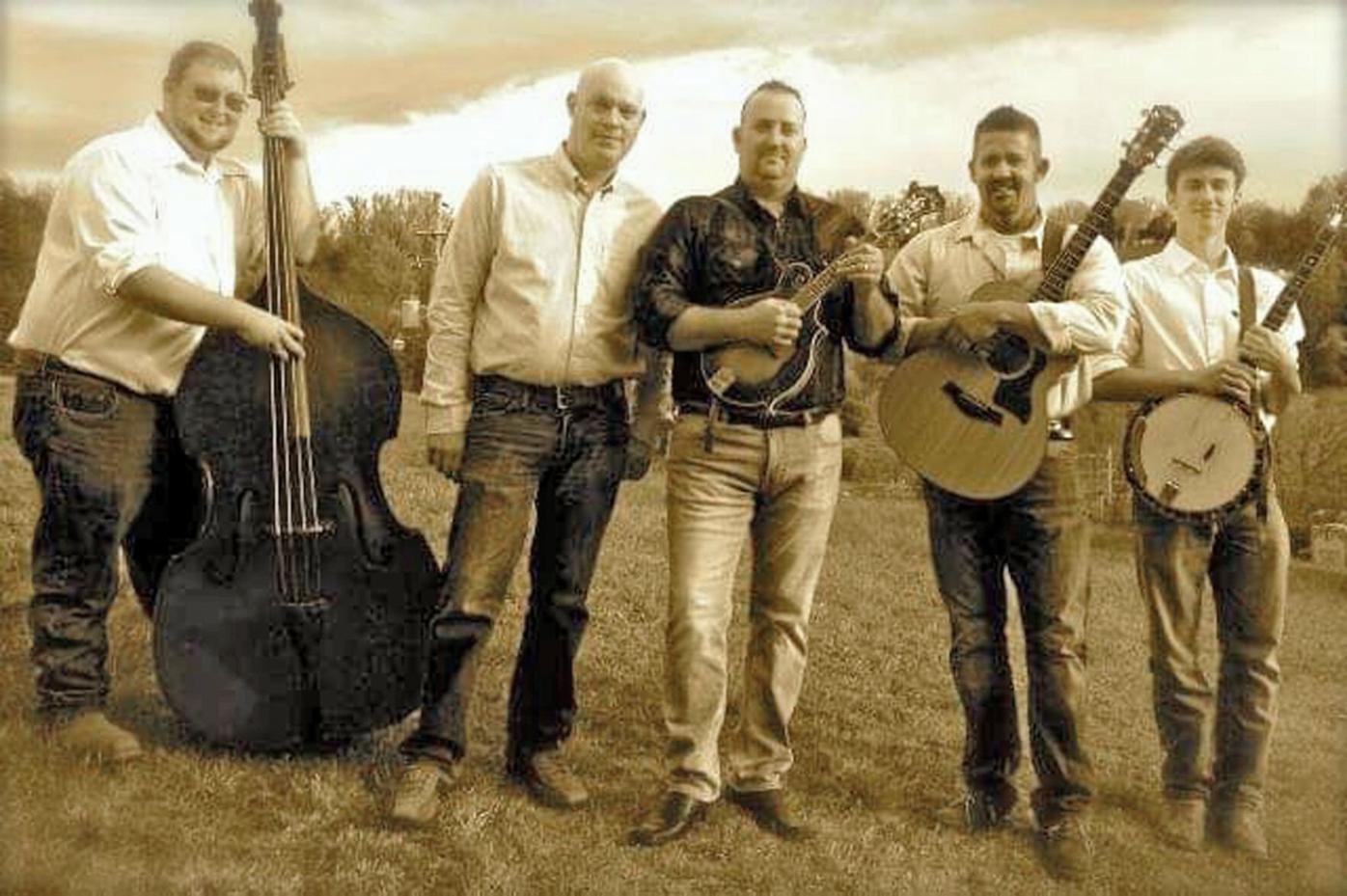 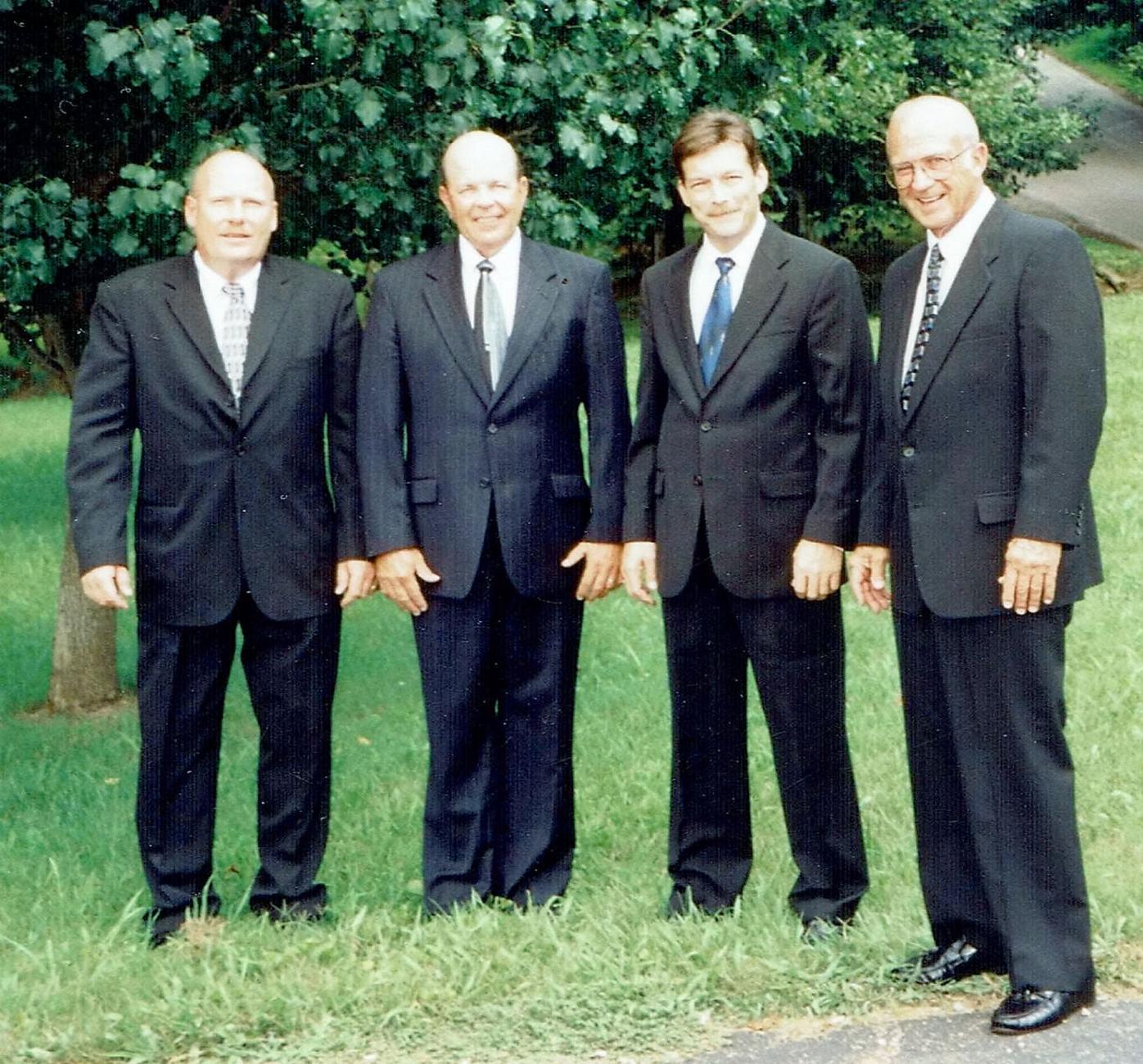 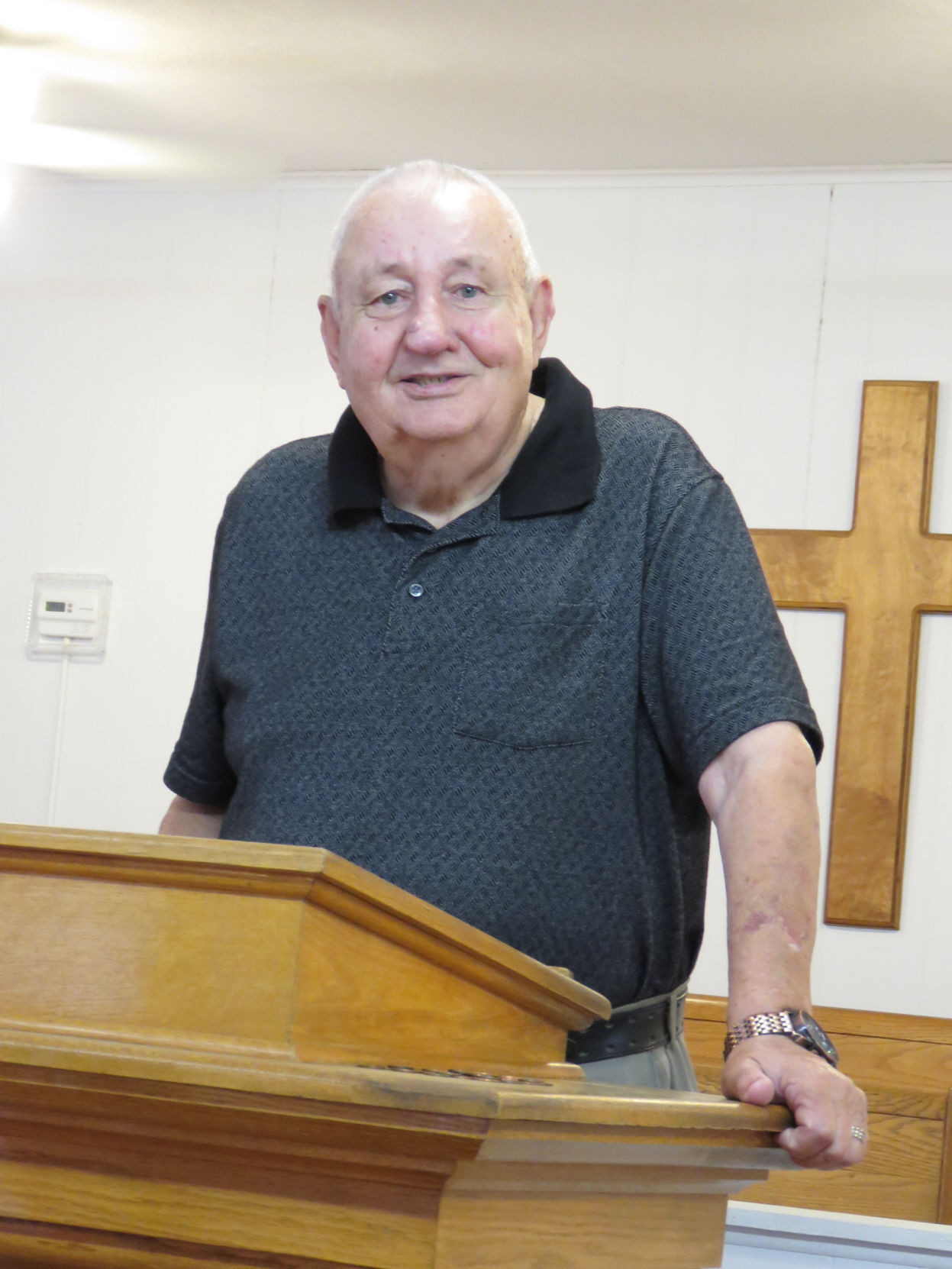 The Rev. Wayne Atchley  will present a gospel music concert on Saturday, June 19 at his church, Bible Baptist. He has presented similar concerts for many years. 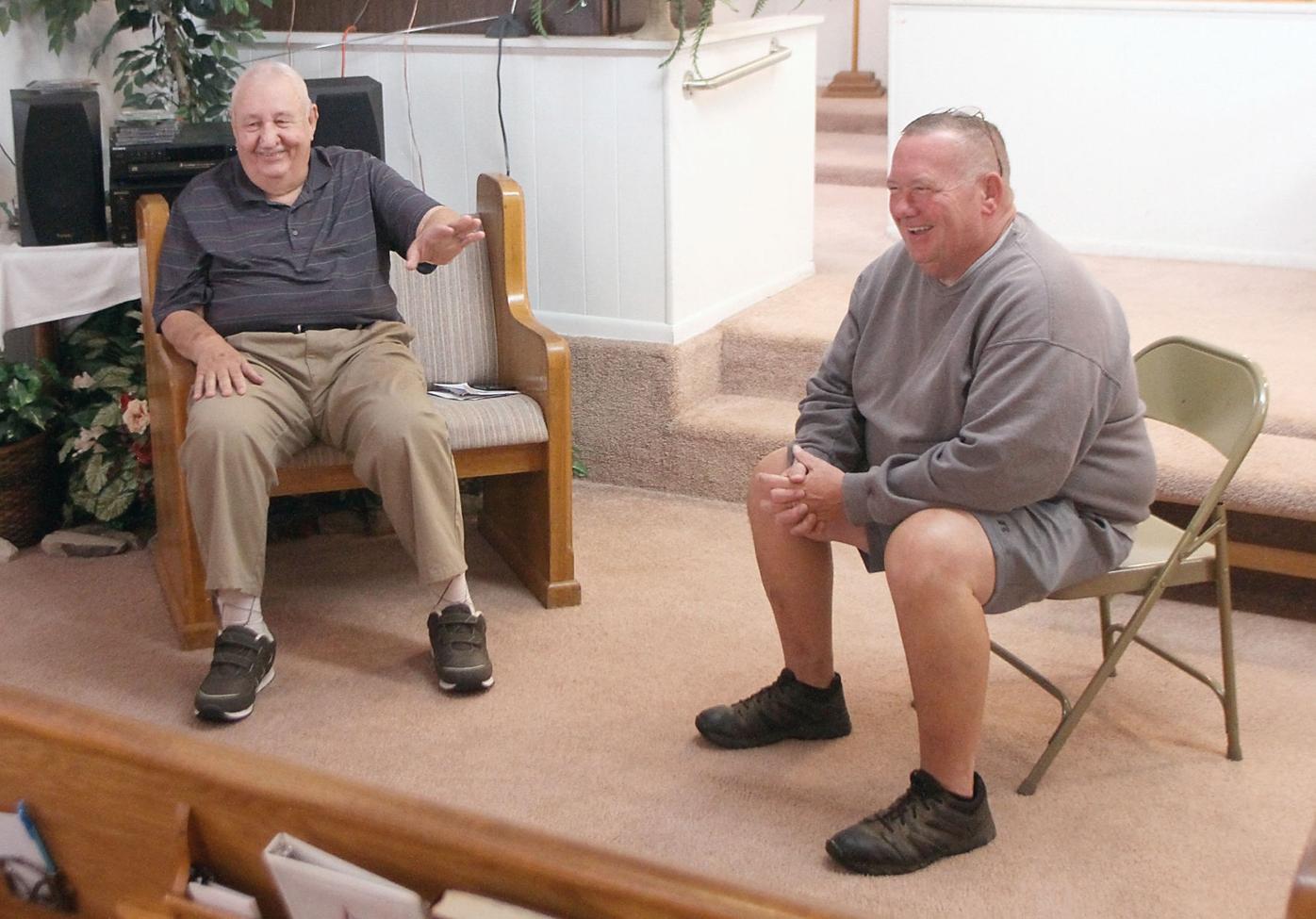 Wayne Atchley and Roger Rex have combined to present a gospel singing at Bible Baptist Church. The gospel celebration will include The Foothills Quartet.

The Rev. Wayne Atchley  will present a gospel music concert on Saturday, June 19 at his church, Bible Baptist. He has presented similar concerts for many years.

Wayne Atchley and Roger Rex have combined to present a gospel singing at Bible Baptist Church. The gospel celebration will include The Foothills Quartet.

Those who’ve been in Blount County for 25-plus years probably remember Wilson Chapel and some of the great events held there on the campus of Maryville College.

If it’s a gospel concert you attended, chances are Wayne Atchley most likely was the organizer.

“We would pack that place out,” recalled Atchley, pastor of Bible Baptist Church. “I brought in Michael Combs and he put 1,200 people in seats there. I brought some of the biggest names in gospel music, from The McKameys to The Inspirations and the Wiznants. All of the big-name groups.”

That was years ago, but Atchley still loves gospel as much today and has started a new era of bringing gospel greats to this community. His organization, East Tennessee Gospel Concerts, has been presenting concerts this time at other venues, and one is set for Saturday, June 19.

The location will be his church, Bible Baptist, in Maryville. The lineup will include The Foothills Quartet, For Him Trio and Highway 4:16.

Last year, this same event was held despite the pandemic, in October, also at Bible Baptist. Atchley said attendance was up around 100. Come June 19 he is hoping more lovers of gospel music will feel comfortable coming out and joining others of faith.

Atchley has been pastor at Bible Baptist for 16 years. Before that, he served as associate pastor, with 35 years total spent in the ministry. He was attending another church those many years ago and struggled with what he said was God’s calling.

“I was in church but I can’t say I was doing what I needed to be doing,” Atchley said. He said he often would ask his pastor to pray him, but never told him why.

This pastor said with God’s help, he’s been able to do just that.

His past also includes seven years as a professional wrestler who now manages a tag team.

He said he wrestled Rick Flair in Marietta, Georgia.

“I enjoyed it at the time,” he said. “I would rather preach than wrestle.”

This June 19 concert will feature a gospel music staple from right here in Blount County, The Foothills Quartet. Jim Chapman, lead singer, has been with the group for 19 of its 28 years. The other members include Burl Ferguson, Bob Etzel and Jesse Lunsford.

Members have changed over the years, Chapman said, but not a lot. “People tend to come and stay awhile,” he said. The major change last year included the addition of Etzel and Lunsford.

This quartet was in demand last year despite COVID-19, performing in 20 concerts; in a normal year that would have been 40 to 50, Chapman said. They generally stay within a 100-mile radius of Blount County and do most of their performances in churches on Sundays or weekend festivals. All of the members have other full-time jobs.

Chapman knows Atchley and recalls some of the concerts he used to bring to the area. This singer said he used to attend a variety of gospel concerts in the years before he became a member of Foothills Quartet.

“I would just sit there and think ‘Lord, if you would just let me sing in a quartet, I just want to sing in one so bad,” Chapman said. He told a friend once that if he ever needed someone in his groups to let him know.

Then one day that friend told him The Foothills Quartet was needing a member, so Chapman got on the phone and called them. He got an interview and was hired. That was 19 years ago.

This is an area that appreciates gospel music. Chapman said he recently attended a concert by Greater Vision at Dotson Memorial Baptist Church and the pews were packed.

“I think it was packed because people were starved to death for it,” Chapman said. He said this pandemic was hard on many people who feel the need to connect with others in the faith community.

Atchley agreed. He said lots of preparation has gone into making this June 19 concert special. From the familiar sounds of The Foothills Quartet to For Him Trio and the bluegrass sounds of Highway 4:16. In addition, there will be a meal and silent auction held before the performances.

Roger Rex will be smoking pork; the meal will include pulled pork, chips, drinks and desserts and also hamburgers and hot dogs. Lots of local businesses have contributed to the silent auction.

Chapman is optimistic about 2021 and getting the opportunity to sing at churches and other venues again. The music is just what some people need, he said.

“That is the thing I love about it, the words — the convicting words, the praise and everything involved in it,” he said.

East Tennessee Gospel Concerts presents an evening of gospel music on Saturday, June 19, at Bible Baptist Church, 305 N. Sixth St., Maryville. Groups performing will include The Foothills Quartet, For Him Trio and Highway 4:16.

A dinner and silent auction will be held from 4-6 p.m., with the music starting at 6:45 p.m. The event is being hosted by Pastor Wayne Atchley and Roger Rex.