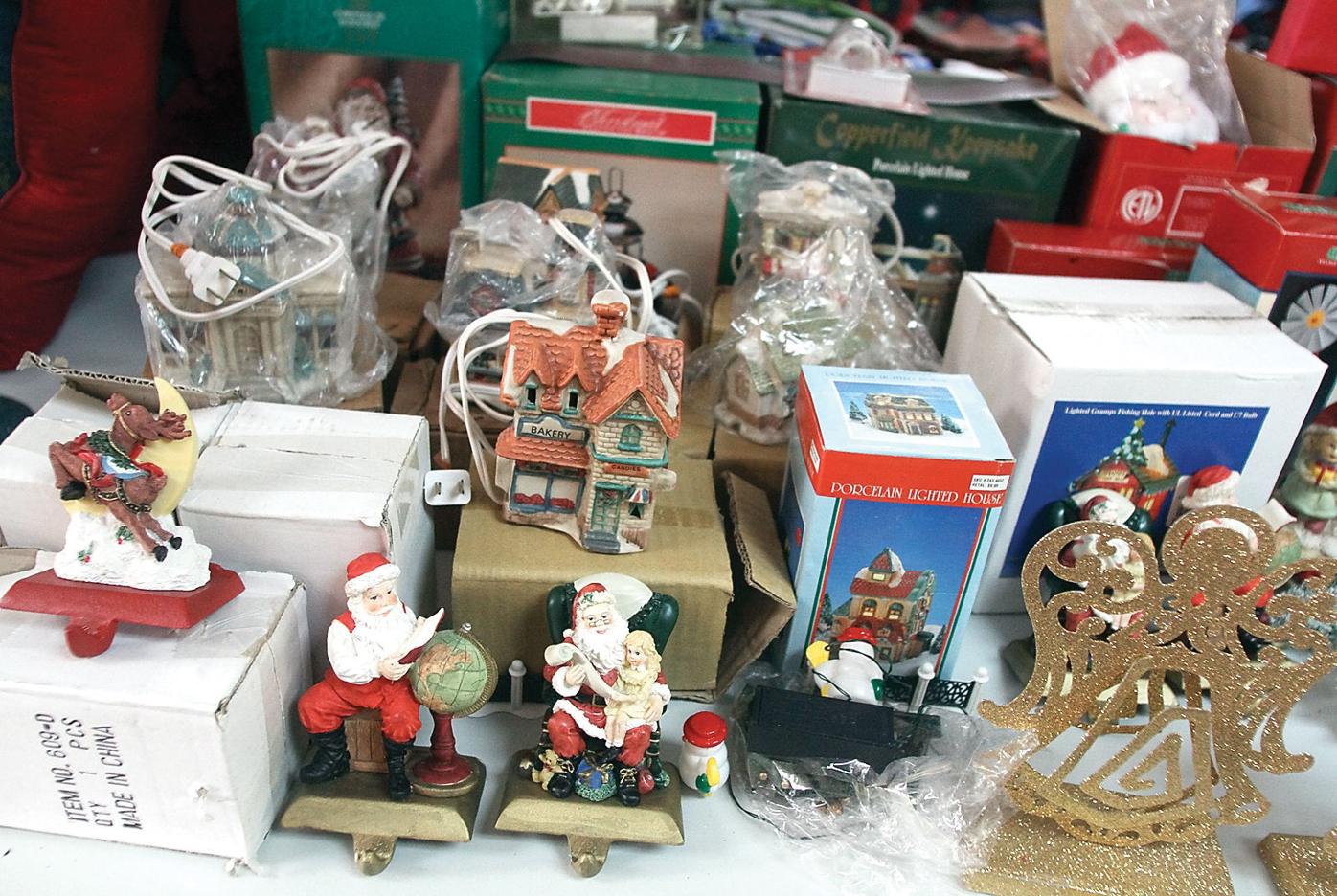 Citizens for Community Improvement in Friendsville held its annual Christmas fundraiser on Sept. 18. Purchases are by donation, and funds are used to help Friendsville families at Christmas. 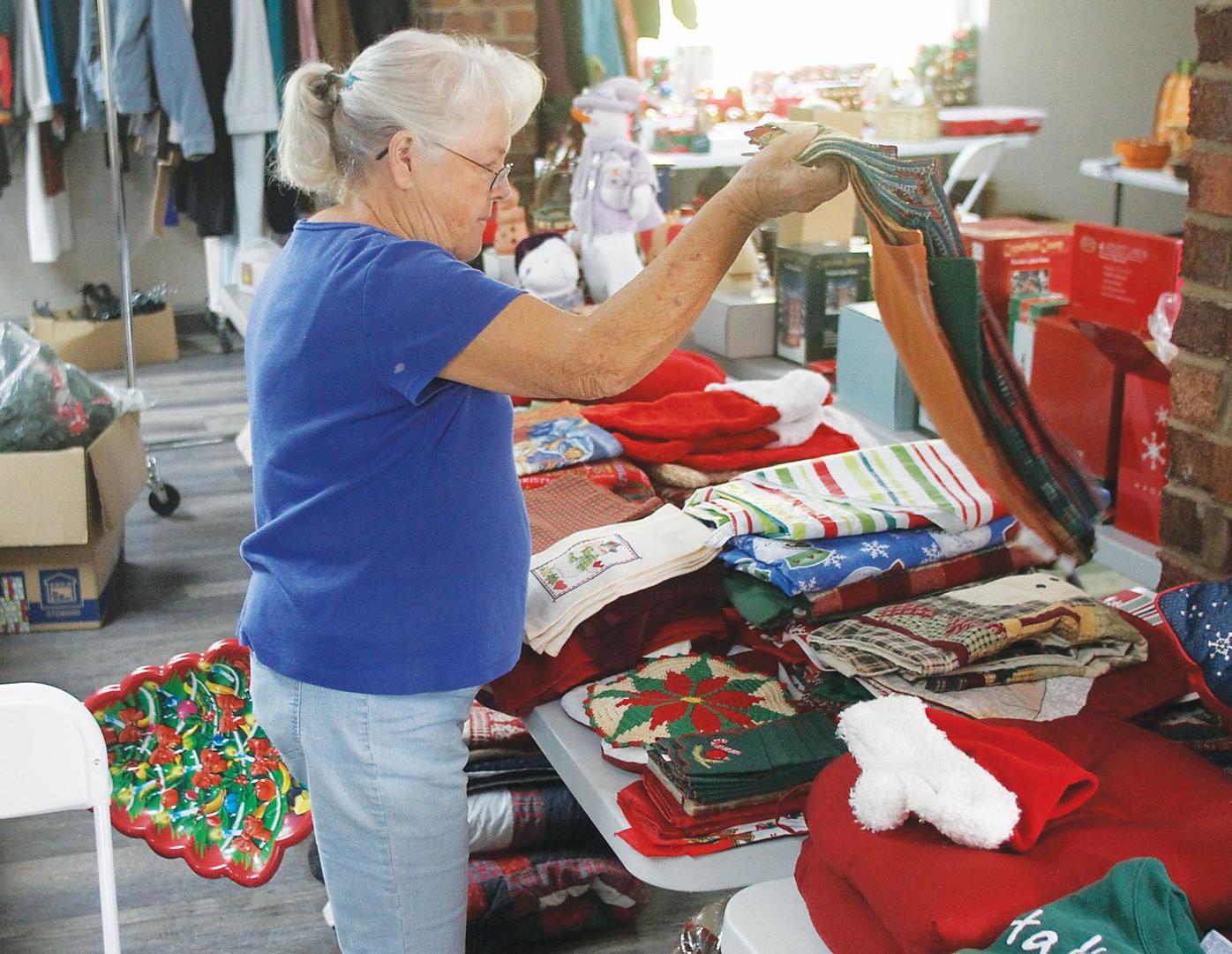 Brenda Crisp sets up items to be sold Saturday at Citizens for Community Involvement’s annual Christmas sale. Vintage decor and more will be sold to raise money to help Friendsville families this holiday season. 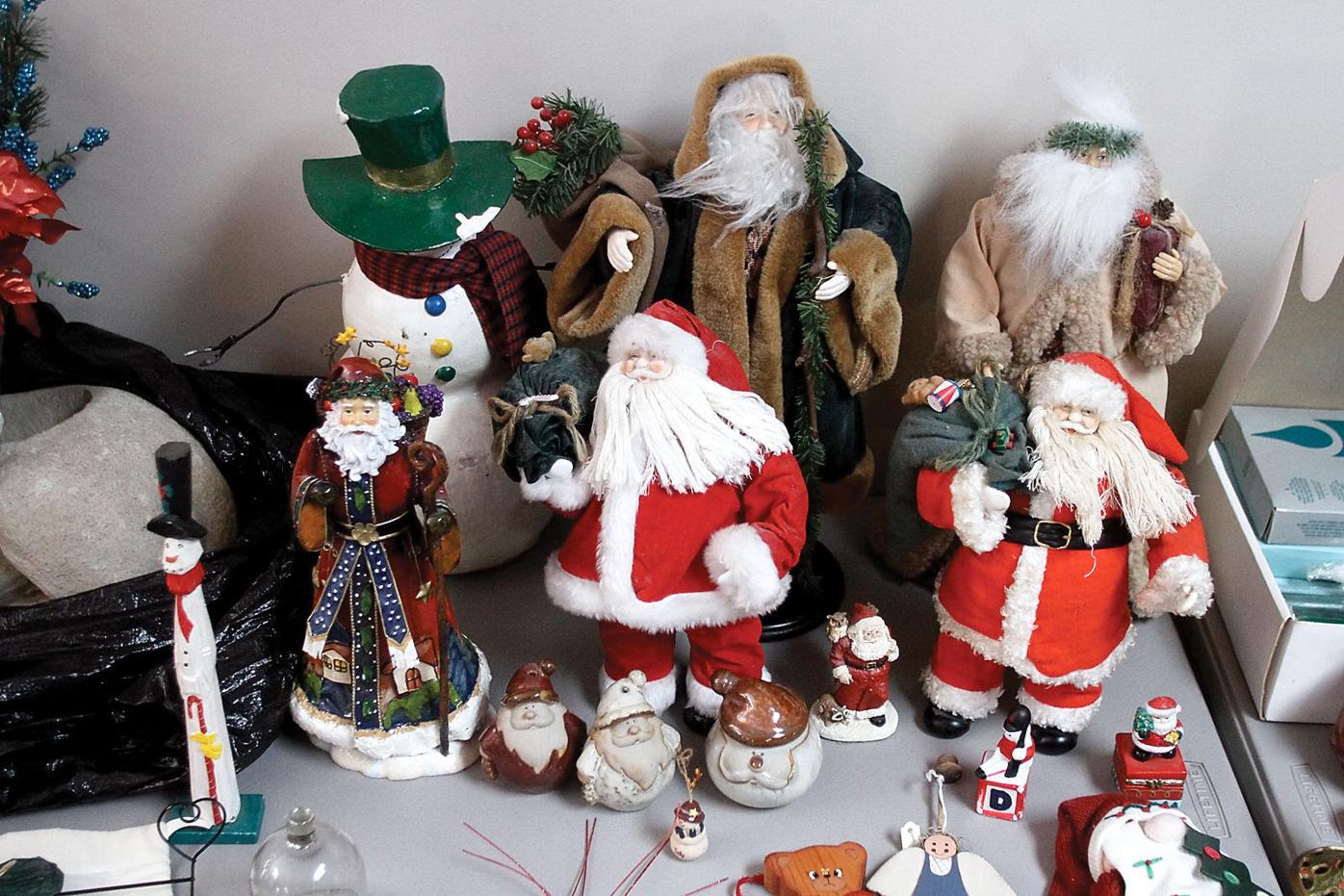 Plenty of Santas, wreaths, yard ornaments, lights and tree ornaments will be for sale at Citizens for Community Improvement’s event Saturday at Friendsville Community Center. 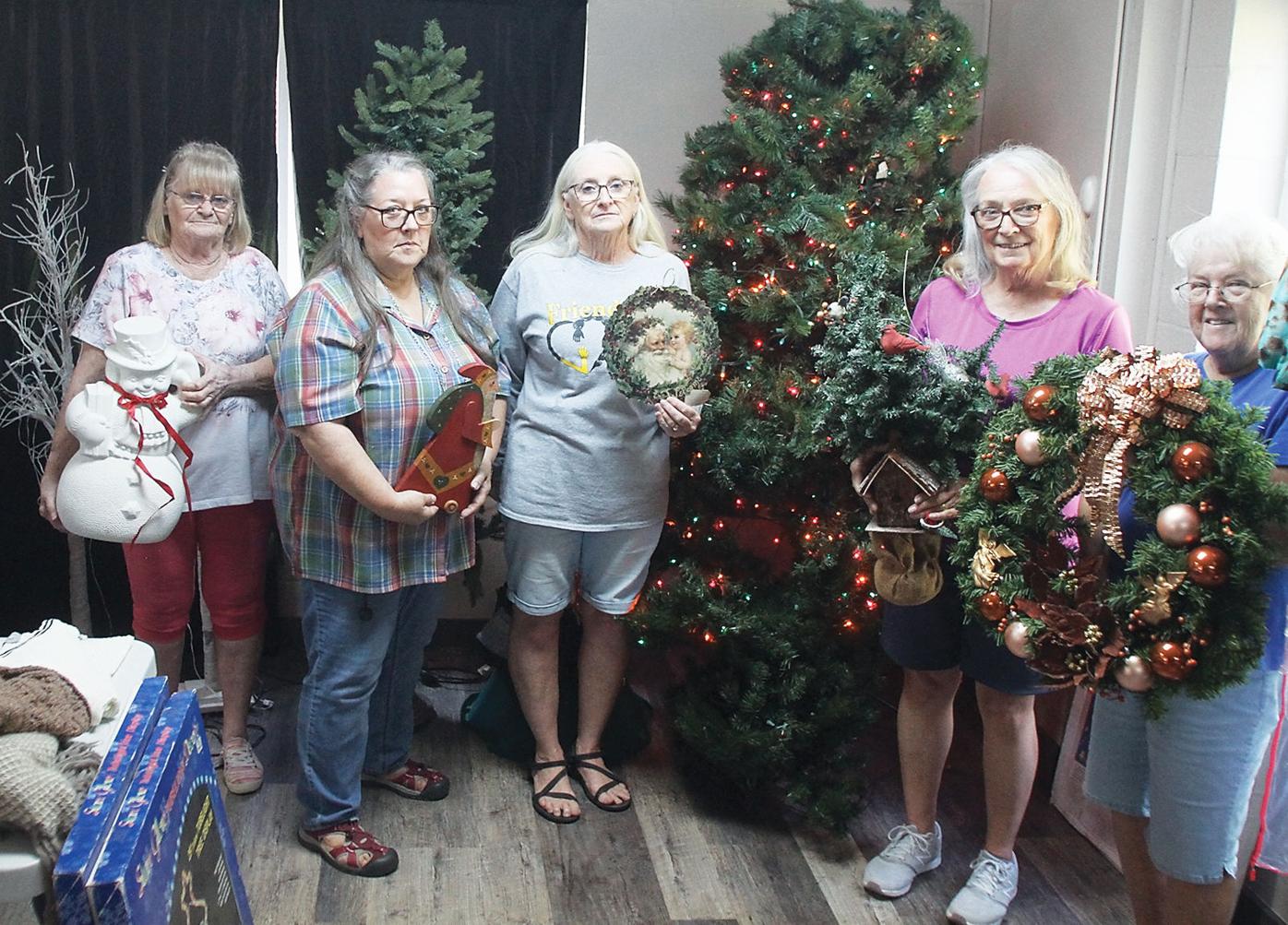 Citizens for Community Improvement in Friendsville held its annual Christmas fundraiser on Sept. 18. Purchases are by donation, and funds are used to help Friendsville families at Christmas.

Brenda Crisp sets up items to be sold Saturday at Citizens for Community Involvement’s annual Christmas sale. Vintage decor and more will be sold to raise money to help Friendsville families this holiday season.

Plenty of Santas, wreaths, yard ornaments, lights and tree ornaments will be for sale at Citizens for Community Improvement’s event Saturday at Friendsville Community Center.

It might seem a little early to break out the Christmas music and decorate the tree, but one group in Friendsville already is spreading holiday cheer.

Halloween decor and Easter decorations will be part of this holiday sale too.

Cost will be a donation to this organization, which helps families in need during the holidays. Money raised will go to provide food baskets and toys for Friendsville residents.

“People in the community have donated these items to us for the sale,” said Wanda Hundley, president of CCI. “We have been truly blessed.”

In addition, the city of Friendsville is hosting its own yard sale around Friendsville Community Center that same day.

Families living in the 37737 ZIP code know the work CCI does; the volunteer group has been in existence for close to 30 years, said member Brenda Crisp. Members are longtime residents like Crisp and newbies to the area.

“Last year, we served 68 families and about 78 children,” Hundley said. They expect to do the same for 2021. CCI will publicize the phone numbers to call to receive help toward the end of October.

In past years, CCI has been able to hold more fundraisers to help raise support, but COVID-19 shut all of that down in 2020. Bean suppers and chili suppers, bake sales and other events were really popular, CCI members said.

Zee Johnson said although CCI is most known for its assistance during Christmas, members also help others in the community. For example, CCI provided water to the Friendsville Fire Department recently, Johnston said. They also helped provide school supplies to Friendsville Elementary. A local church has a blessing box, Johnson said. CCI has donated items for it.

The toy and food distribution even changed last year due to the pandemic. Recipients were asked to stay in their cars as items were loaded for them.

“It worked really well,” Johnston said. “We might do that again.”

CCI works with the Empty Pantry Fund to help get the food baskets out to Friendsville residents. That makes it easier on CCI since it doesn’t have a permanent location. It meets at Friendsville Community Center each month and stores its yard sale items at a nearby church.

Senior adults in the community receive a coffee mug instead of toys. Hundley said they look forward to it each year.

Johnston said there are always families in need who miss the deadline to receive the food baskets and toys. She said CCI often helps those families despite the missed deadline.

Past articles in The Daily Times have highlighted this group’s history. It began in 1993 and originated through the efforts of Joan Williams. Others instrumental in getting CCI off the ground included Mildred Jerome, Carolyn Painter and Sandy Scarlett.

Back in 1999, CCI handed out toys for 50 children and food baskets for 40 families. April Burt was president at the time. Katherine McCallie, who served as secretary, was one of the early members of the group. Millie Flood, Chris Jamison, Cynthia Mehner, Freda Tracy, Ruth Hargis, Marianna Smith, Wilma Baldwin and Harolyn Ropp also served this community through their work with CCI.

In 2004, CCI reported it had distributed 79 food baskets and 95 children had a more bountiful Christmas because of the toys they received. Those numbers increased to 95 food baskets and toys for 112 children in 2005.

Over the years CCI sponsored the annual Friendsville Christmas tree-lighting.

Hundley and the other CCI members spent all week sorting and arranging items for the Saturday sale. “Everyone works really well together,” she said.

Many of the organization’s members live in Friendsville but some do not. Some have lived here for decades while others are recent transplants. Pat Henderson moved here from Georgia.

These women agree it is early to be thinking about Christmas, but Hundley said for her, the spirit of Christmas is celebrated all year long. She keeps a tree up 365 days a year.

“I love Christmas,” she said.

Friendsville CCI will hold its annual Christmas sale from 8 a.m. to 2 p.m. Saturday, Sept. 18, at Friendsville Community Center, 105 Homecoming Circle, Friendsville. Items will not be priced; cost is a donation to the organization.