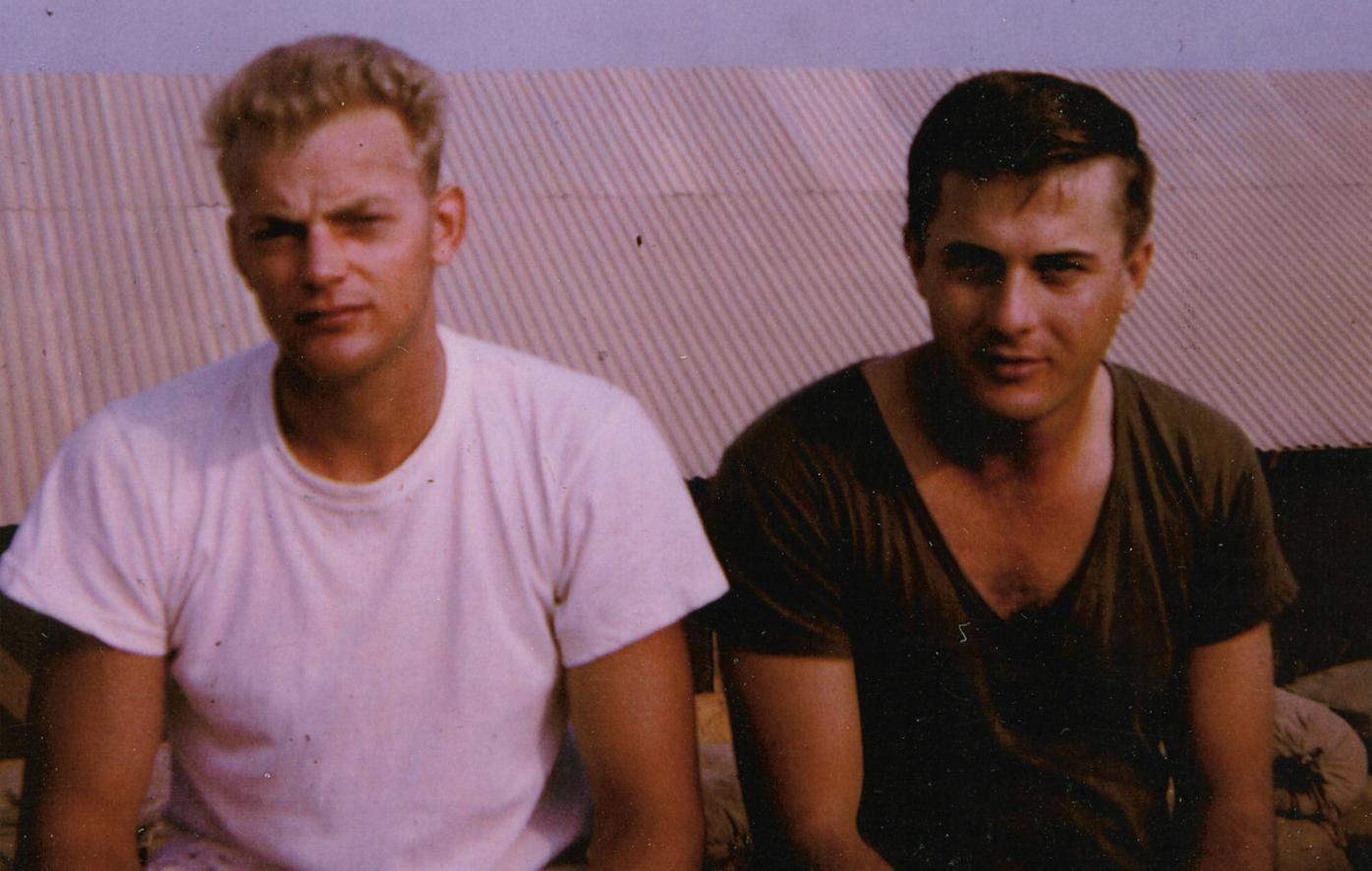 Eddie Box (left) with a fellow Marine in Vietnam. James E. Milirons, of Georgia, died shortly after arriving in Vietnam. 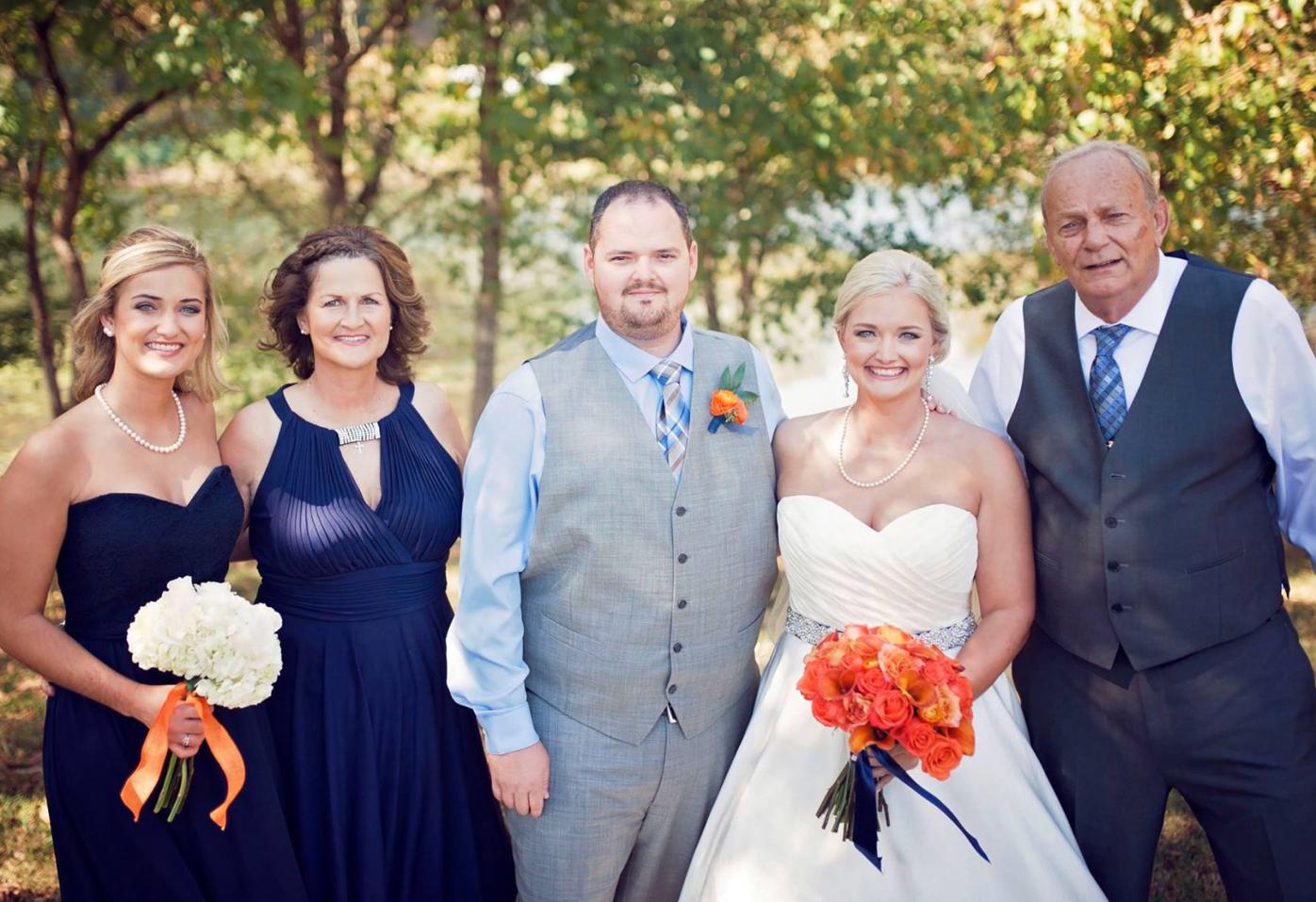 Elizabeth Box (from left), Kim Box, Seth French, Alexandra Box French and Robert “Eddie” Box. Kim Box will travel to Washington, D.C., in a few days as her husband Eddie, a Vietnam veteran, is being honored. 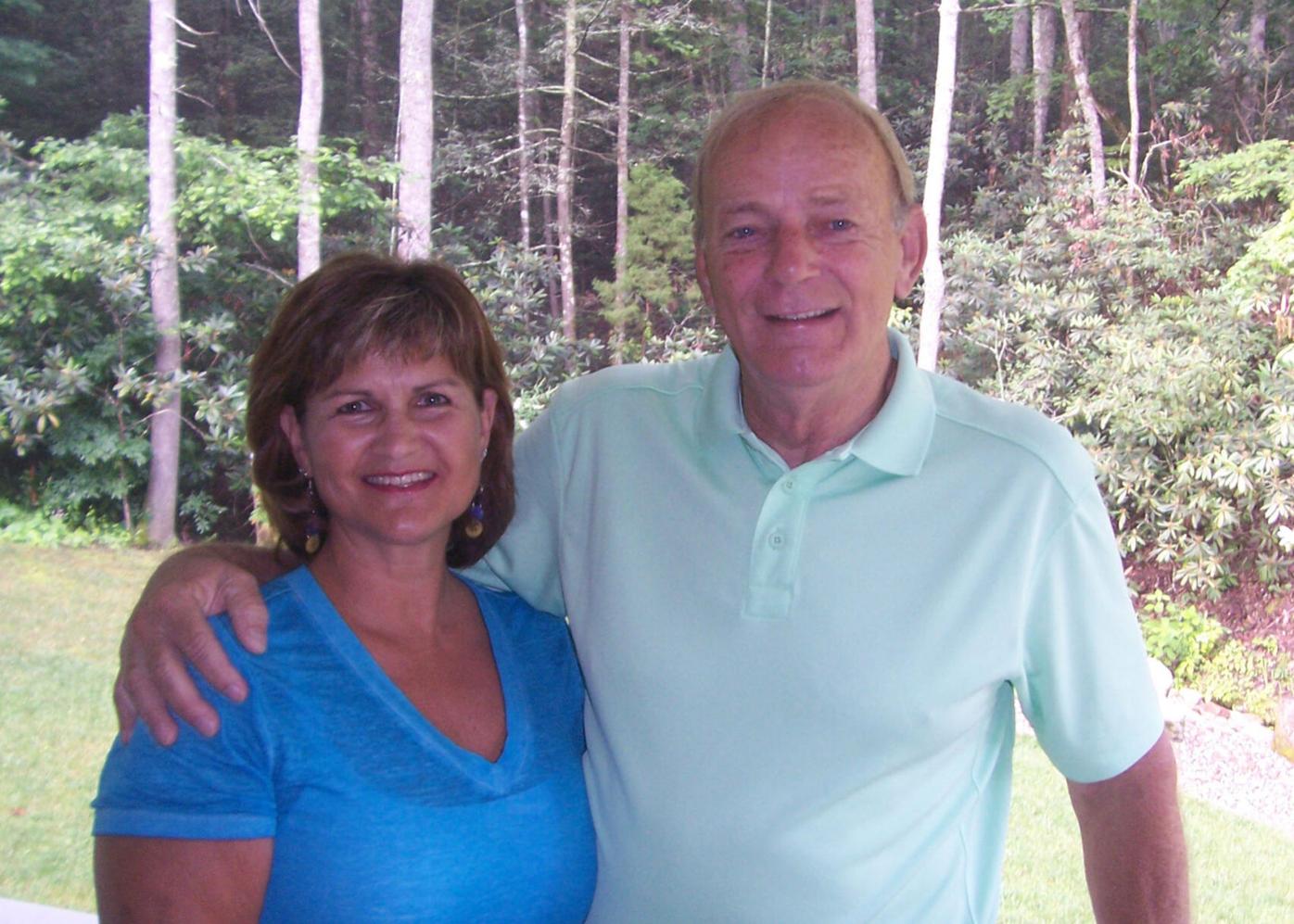 Kim and Eddie Box. The couple were married for 36 years and have two daughters. 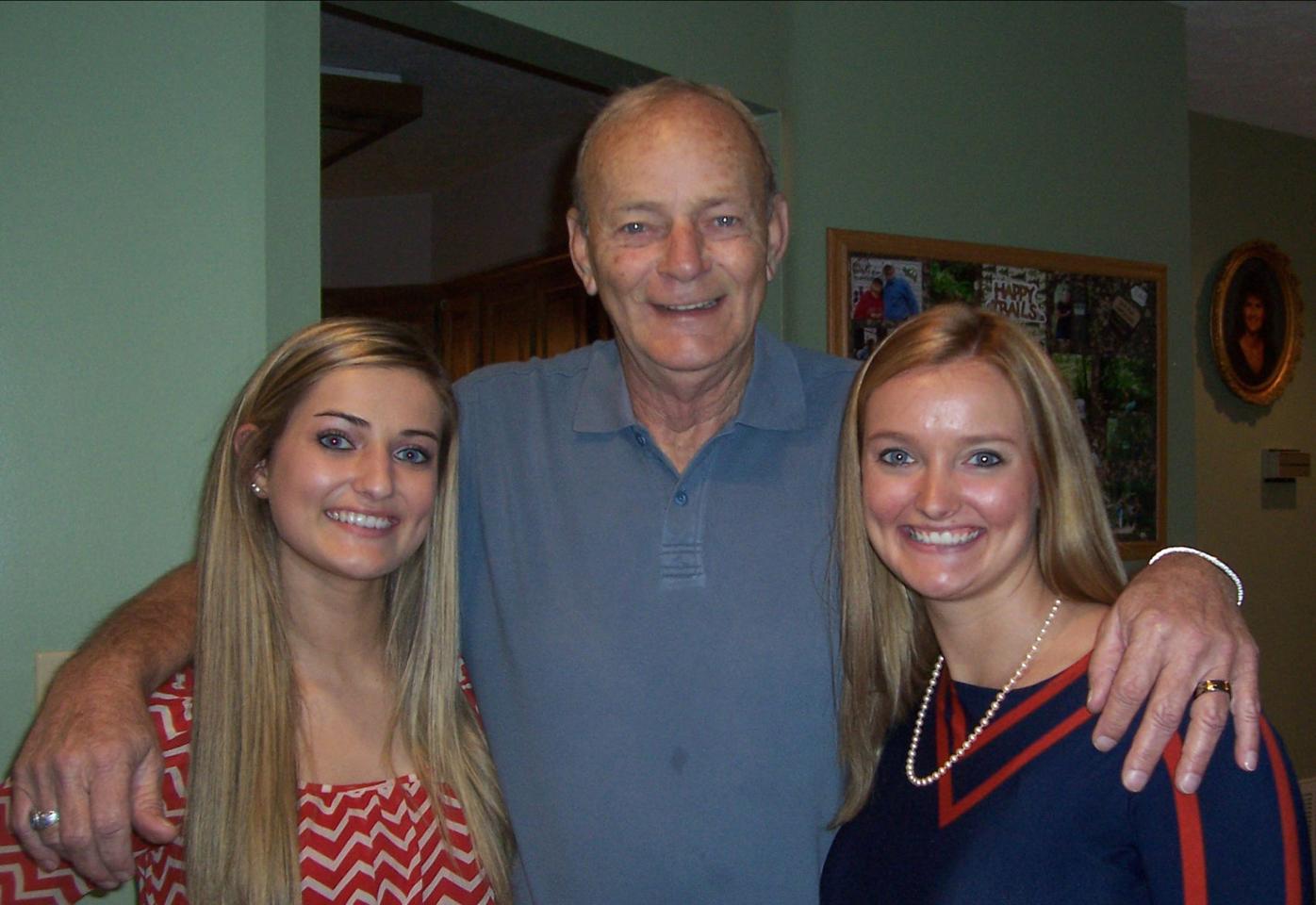 Eddie Box with his two daughters, Elizabeth (left) and Alexandra.

Eddie Box (left) with a fellow Marine in Vietnam. James E. Milirons, of Georgia, died shortly after arriving in Vietnam.

Elizabeth Box (from left), Kim Box, Seth French, Alexandra Box French and Robert “Eddie” Box. Kim Box will travel to Washington, D.C., in a few days as her husband Eddie, a Vietnam veteran, is being honored.

Kim and Eddie Box. The couple were married for 36 years and have two daughters.

Eddie Box with his two daughters, Elizabeth (left) and Alexandra.

There were 58,220 American casualties during the Vietnam War, but Kim Box and others like her know the toll continues today.

Her husband, Marine Lance Cpl. Robert Edward “Eddie” Box, served 18 months in the jungles and battlefields there, and was one of the lucky ones who returned home. The young man who grew up in Rockford was 22 when he was drafted.

He died on Oct. 3, 2020. What he took with him were the horrors he could never verbalize to others, including to Kim and their two daughters. His death was attributed to Agent Orange, a deadly chemical used to clear vegetation in the jungles of Vietnam. His wife said he also suffered from PTSD.

His name doesn’t appear on the Vietnam Veterans War Memorial in Washington, D.C., because that honor is reserved for those who gave their lives during the actual fighting. But soon, his name will be forever attached to the other courageous men and women who sacrificed their lives decades ago.

Box’s name will be added to the Vietnam Veterans Memorial Fund’s In Memory Program. The program honors Vietnam veterans whose lives were cut short as a result of their service after they returned home. Some, like Eddie, suffered from PTSD or the effects of Agent Orange. Some committed suicide or developed illnesses linked to their time in that war zone.

And on Oct. 16, Kim and her mom, Maxine Howell, made the trip to D.C. to be part of the induction ceremony. The In Memory Program was created in 1993 and has since honored more than 5,100 veterans. The ceremony was broadcast live at www.facebook.com/VietnamVeterans

MemorialFund beginning at 10 a.m. Oct. 16. It included six other Vietnam veterans from Tennessee.

Eddie told Kim the story of how he came to be a Marine. He was drafted and showed up at his appointed time in Knoxville. Eddie told Kim he was singled out and placed with a group of six or seven other draftees.

“They were thinking maybe they didn’t make it,” Kim said. “They were loaded onto a bus and told, ‘You just joined the U.S. Marines.’”

That was in 1967, and Eddie would spend the next 18 months in combat. Kim said he lost a buddy not long after they got there; she still has a photo her husband saved of them together.

Over the years, his service would come up in conversation, but Kim said Eddie was always reluctant to talk about his time in the Marines.

“He would always say, ‘You don’t want to know,’” she said. He even told her that if she knew all they had been through and done, she would not like him.

“I don’t look at things that way,” Kim said. “God brought you to where you are today to be the person you are,” she explained. “It was bad for them. He was a Marine and they were the ones going in first to clear the way.”

After returning home to Tennessee to begin anew, Eddie started REB Equipment and then TN Mountain Landscaping and also Tennessee Mountain Pumping. But his past and its impact were never far removed.

She and Eddie were married for 36 years.

About a year and a half before he died, Eddie was diagnosed with lung cancer, attributed to his exposure to Agent Orange. He was treated at the VA Hospital in Johnson City, but nothing could prevent the inevitable. Eddie died at home surrounded by family, just shy of his 75th birthday. He has two daughters, Elizabeth and Alexandra.

Kim said she looks forward to going to D.C to be part of the induction ceremony. She has never seen the Vietnam Veterans Memorial, but did see the traveling exhibit a couple of times.

Nathan Weinbaum, service officer for Blount County Department of Veterans Affairs, said he only recently heard about the In Memory Program. He said he met Eddie Box. It’s great that he’s being honored, Weinbaum said.

It is important, this family believes, to remember and honor those who answered the call of duty, and not just their birth and death dates.

“He was the kind of man that put my needs and those of his girls first and foremost above his,” Kim said. “He always thought he needed to be working to provide for us. ... He taught me a lot of life lessons and I am very grateful that God chose to put me in his life. His legacy will live on with his two ‘Box girls.’”

Elizabeth echoed her mom’s words about her dad’s strong work ethic. He was an example to both his daughters.

“He was a man of few words but would do anything to help anyone and I couldn’t have asked for a better dad or friend. I love and miss him,” Elizabeth said.

Alexandra called him “the strongest man” she has known. She used words like “tough” and “generous” to further describe him. He was a best friend, not just a dad, she added.

“I hope that his legacy will live on with us and that I continue to make him proud every day,” she said.

Vietnam Veterans Memorial Fund has created a personal remembrance page for each honoree online in the In Memory Honor Roll at www.vvmf.org/honor-roll. The photos will also be displayed around the country when VVMF's mobile exhibit, The Wall That Heals, is on display in an honoree's home state. It will be coming to Murfreesboro in November.