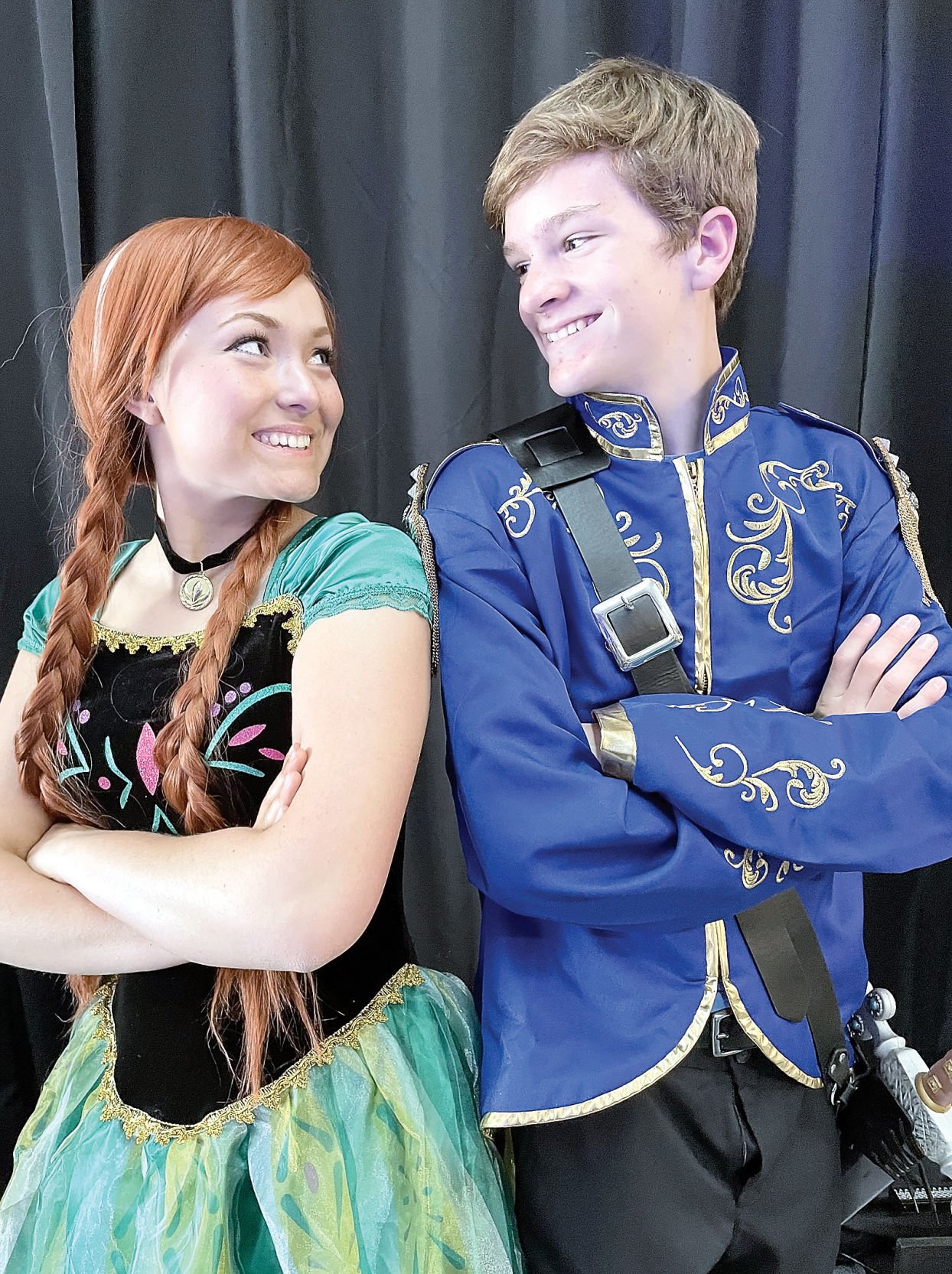 Annie Rader as Princess Anna and Nathaniel Dutton as Prince Hans in the Broadway Center for the Arts production of “Frozen Jr.” 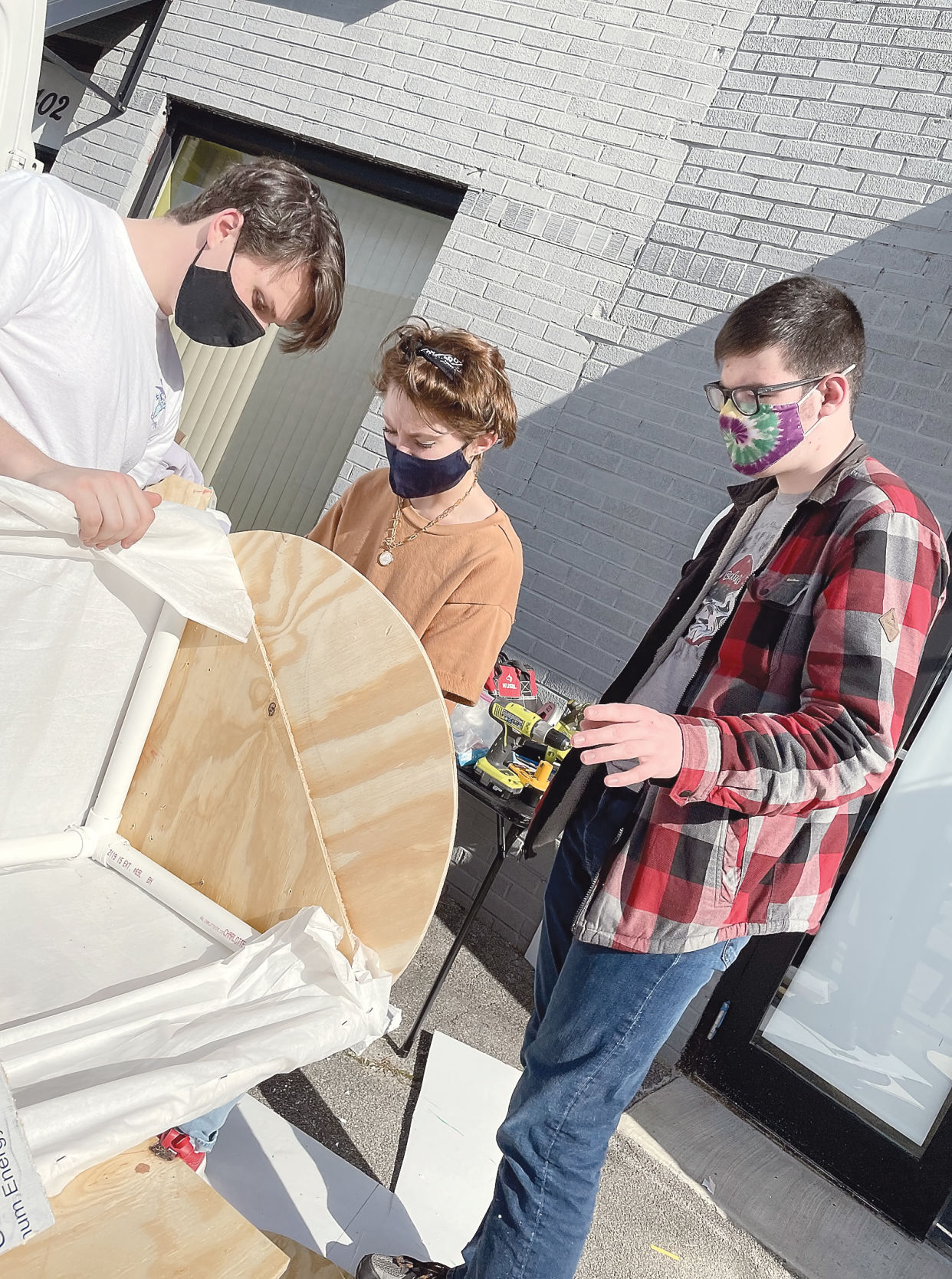 Students build the set for “Frozen Jr.” The musical will take place Wednesday and Thursday at the Capitol Theatre in Maryville. 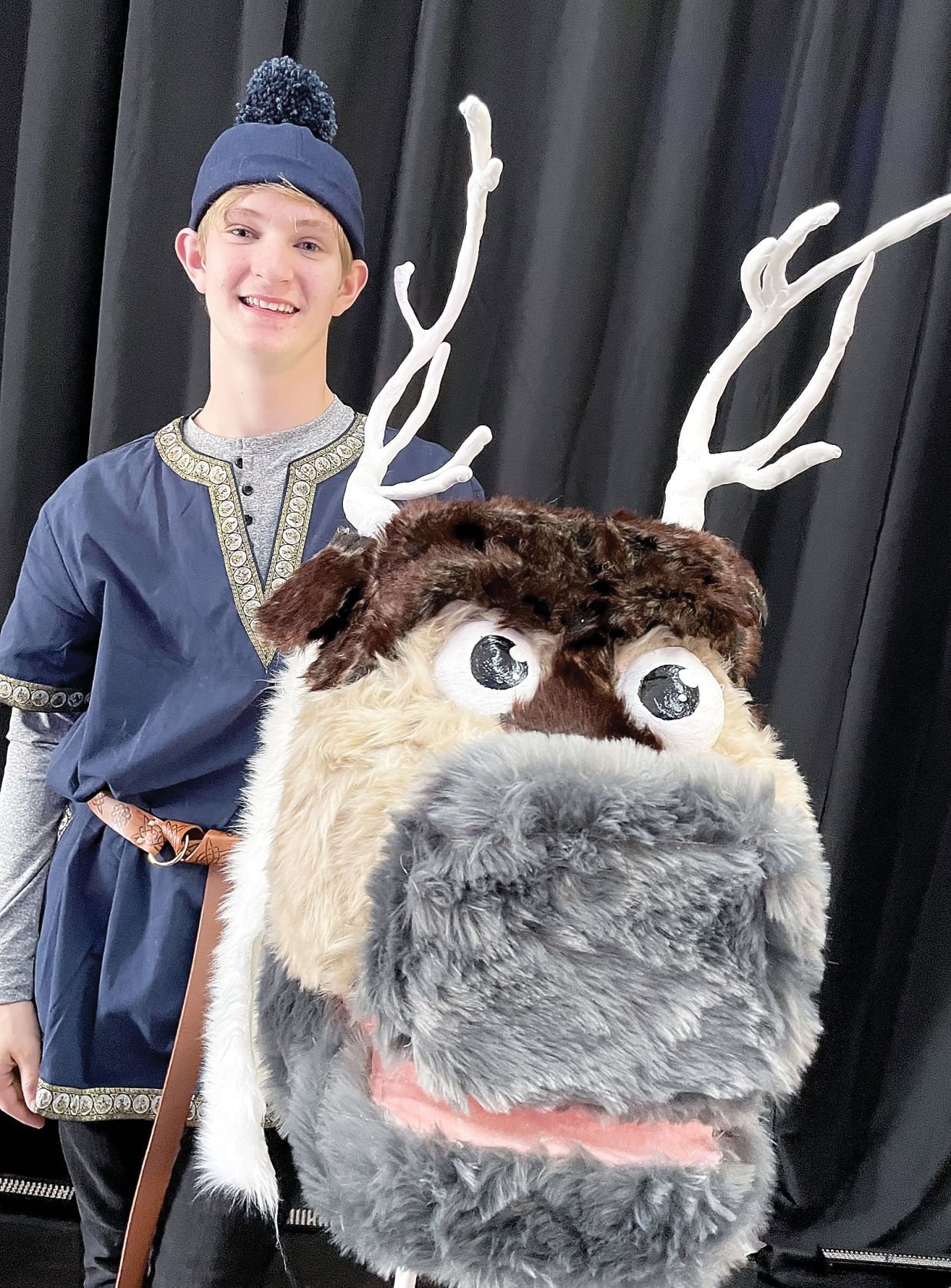 Annie Rader as Princess Anna and Nathaniel Dutton as Prince Hans in the Broadway Center for the Arts production of “Frozen Jr.”

Students build the set for “Frozen Jr.” The musical will take place Wednesday and Thursday at the Capitol Theatre in Maryville.

A group of high school students who have been honing their acting skills for months now are ready to unveil the project during public performances this week in Maryville.

The teens are part of a new troupe of actors called Broadway Center for the Arts and are under the direction of husband-wife Dustin and Amanda Rader. They are set to take the stage Wednesday, May 5, and Thursday, May 6, at the Capitol Theatre in downtown Maryville.

This first production will be a Disney favorite, Amanda said. “Frozen Jr.,” a musical, tells the story of Anna and Kristoff and their adventures in trying to save Arendelle. It includes the memorable songs from the movie and is based on the 2018 Broadway musical.

But, it’s also a story that fits perfectly into the current experiences all of us have faced during unprecedented times.

“’Frozen is a great story,” Amanda said, “so it’s the kind of story that kind of stood out to us. Anna goes through all kinds of adversity, challenges and struggles. We have challenged our kids to think outside the box and do hard things.”

To deal with a potential outbreak of the virus, the Raders made the decision to have two full casts. If an actor in one cast were to become infected, the second cast could take over, Amanda said. A total of 20 actors will take the stage. Each cast will perform once on both days.

It’s also the chance to get more actors in front of an audience, she added.

Broadway Center for the Arts was started last year but, COVID shut down it and most everything else early on. This will be the high school students in the group’s first production. Amanda said the middle schoolers had a recent production that was presented in a local church.

The Raders, in addition to being the founders, producers and directors for this troupe, also own Beyond Media LLC. That company produces television shows for HGTV, Cooking Channel, Travel Channel, DIY and more. Dustin teaches theater classes for Blount Home Education Association, too.

There is another theater group for young people in Blount County, called Primary Players. Dustin is on the board there and has done lots of work for them. Amanda said Broadway Center for the Arts isn’t in competition with the other well-established group that was formed in 2005.

The idea behind Broadway Center for the Arts is to give students one more outlet where they can put their talents on stage for all to see, she said. Students who want to be part of both troupes are encouraged it do so.

“Words can’t adequately express our enthusiasm as we finally open up the theater,” Amanda said.

These parents of five children, ranging in age from college to a 9-year-old, have watched them grow on stage. Their daughter, Annie, 17, plays Anna in this production of “Frozen Jr.”

Their youngest has Down syndrome. Amanda said the ultimate goal of Broadway Center for the Arts is to provide children with similar conditions the chance to shine in front of an audience.

One with the community

Dustin grew up in Knoxville and Amanda in Kentucky. They ran their business, Beyond Media LLC, from Knoxville until deciding to move the office to Maryville 10 years ago. Amanda said they love Blount County.

When audiences come to see “Frozen Jr.” this week, there will be added surprises to the presentation. Dustin has worked with the cast as it built large puppets that will be part of the show. Dustin also has given one student the training he needs to be able to run the entire lighting system.

“It gives students who don’t want to be on stage the chance to do theater,” Amanda said. “There are a lot of kids who love theater but have never stepped foot on a stage.”

Depending on how successful this first one is, Amanda said they hope to be able to present three to four shows annually. New actors will be welcome.

In July, Broadway Center for the Arts wants to offer a summer camp. In October, these students will put on “The Addams Family: A New Musical Comedy Young@part.”

It does take a commitment on the part of the actors and also the adults who make sure rehearsals get done and sets are built. Amanda said entertainment is definitely her family’s passion and has been for a very long time.

“Other men have golfing or fishing,” Amanda said. “My husband has theater.”

Broadway Center for the Arts will present Disney's  "Frozen Jr.," at 5:30 p.m. and 7:30 p.m. on Wednesday, May 5, and Thursday, May 6, at the Capitol Theatre in downtown Maryville. Tickets are $10 each and can be purchased at broadwaycenterforthearts.ludus.com. There are two casts that perform once each evening.