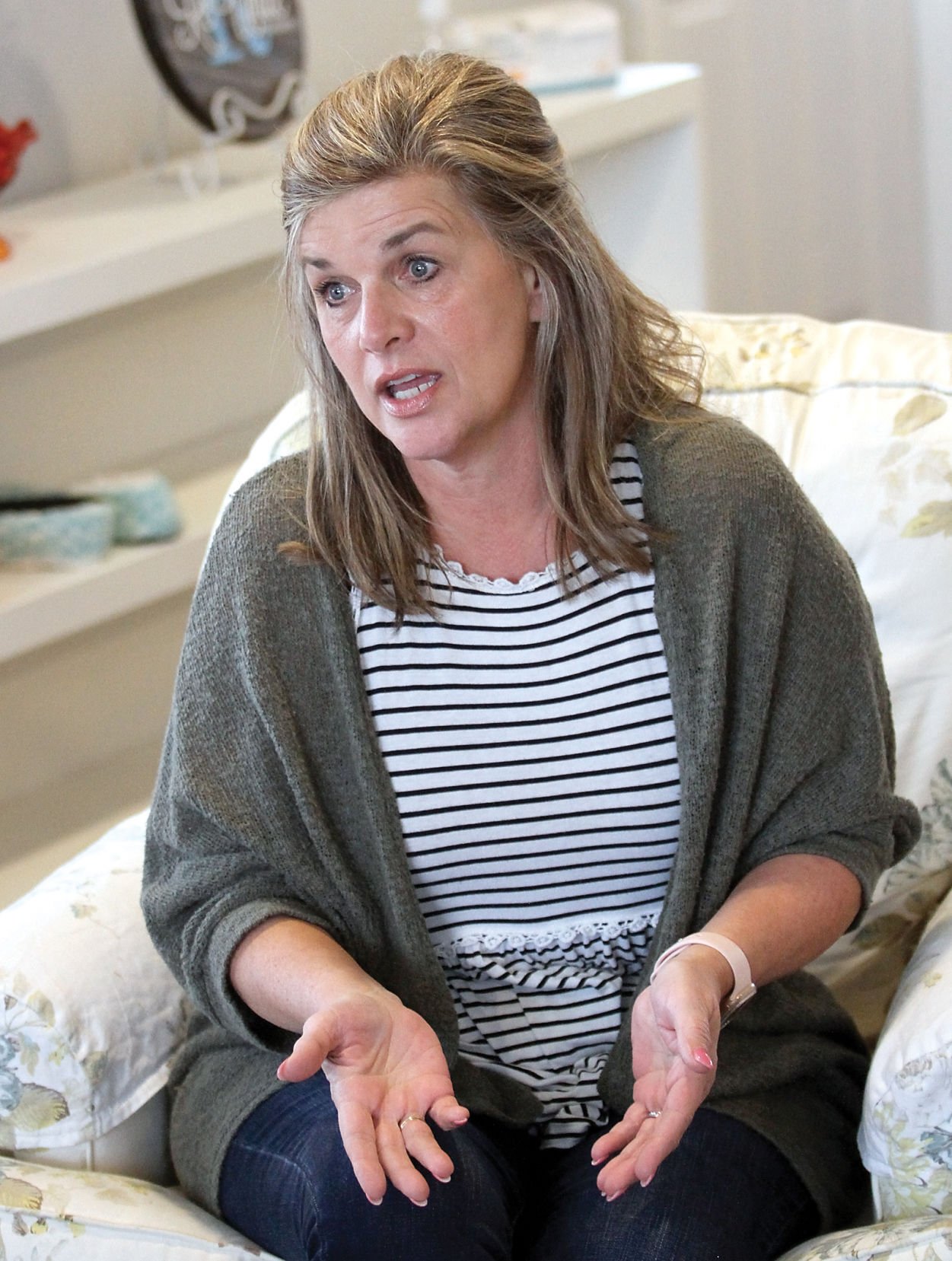 Program Director Tionna Green talks about starting ReUnite Ministries for moms who have lost custody of their children. 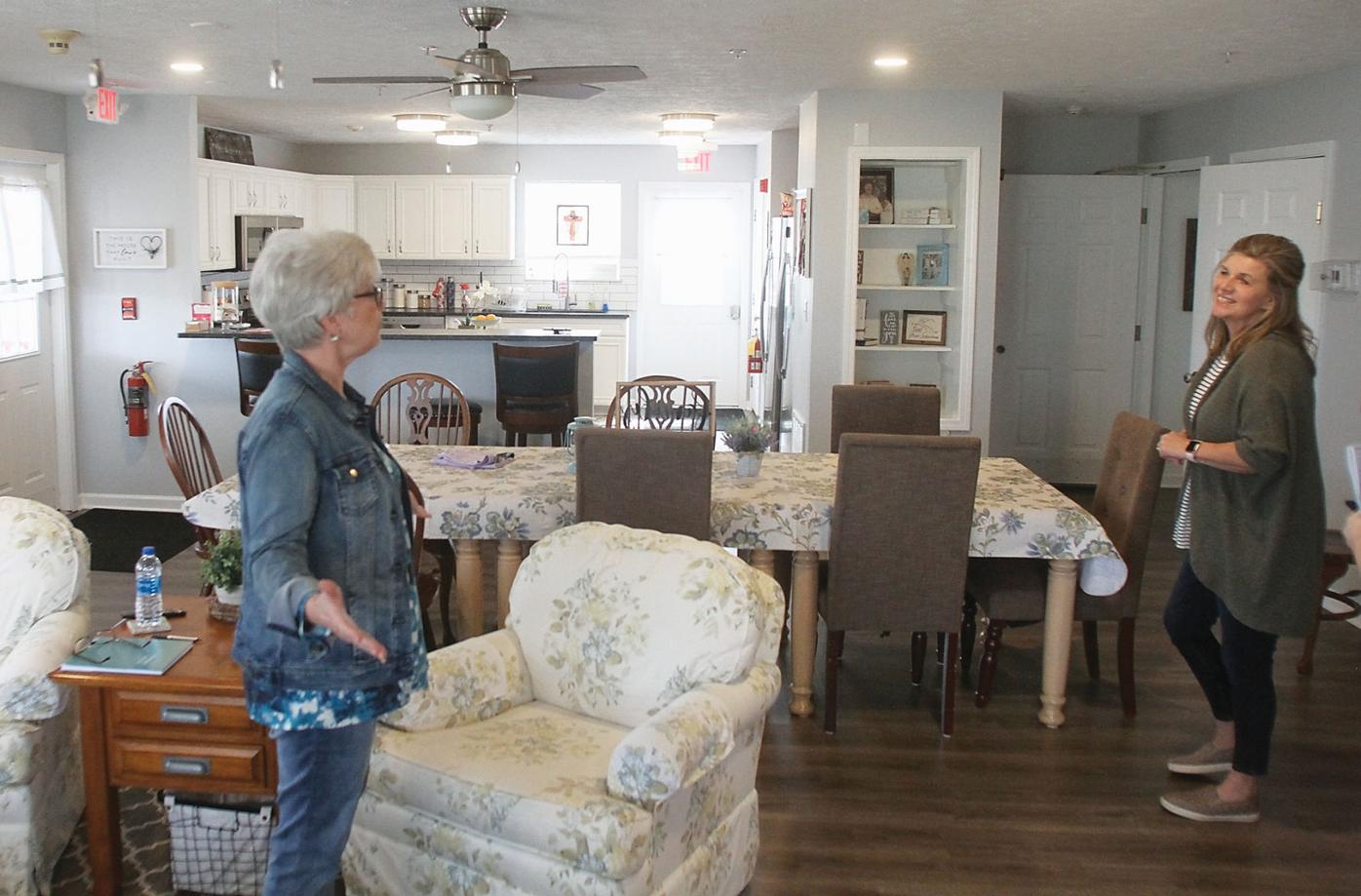 Volunteer Lori Keesey (left) and Program Director Tionna Green give a tour of ReUnite Ministries, a residential counseling center in Blount County that seeks to help moms regain custody of their children from foster or kinship care. 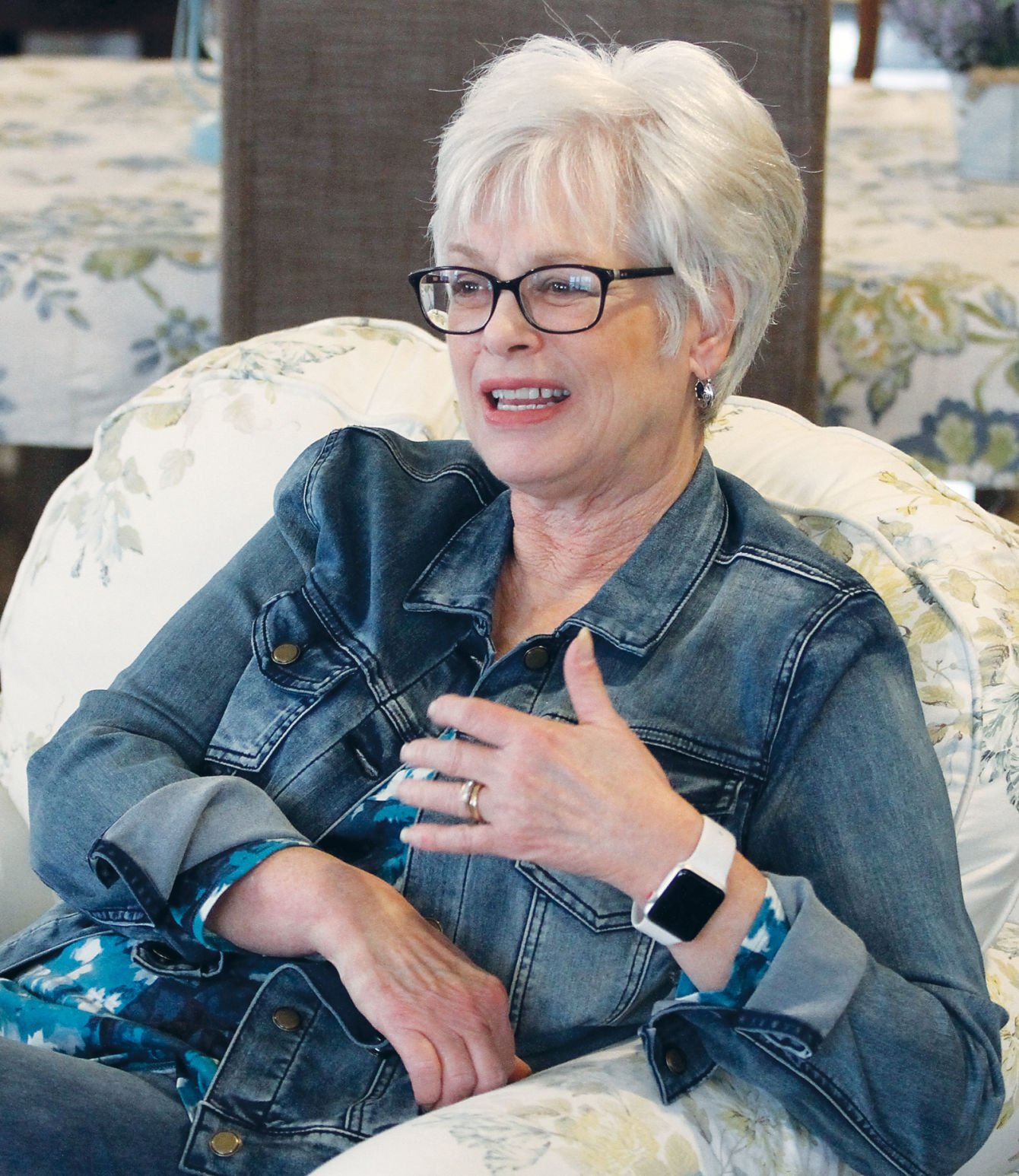 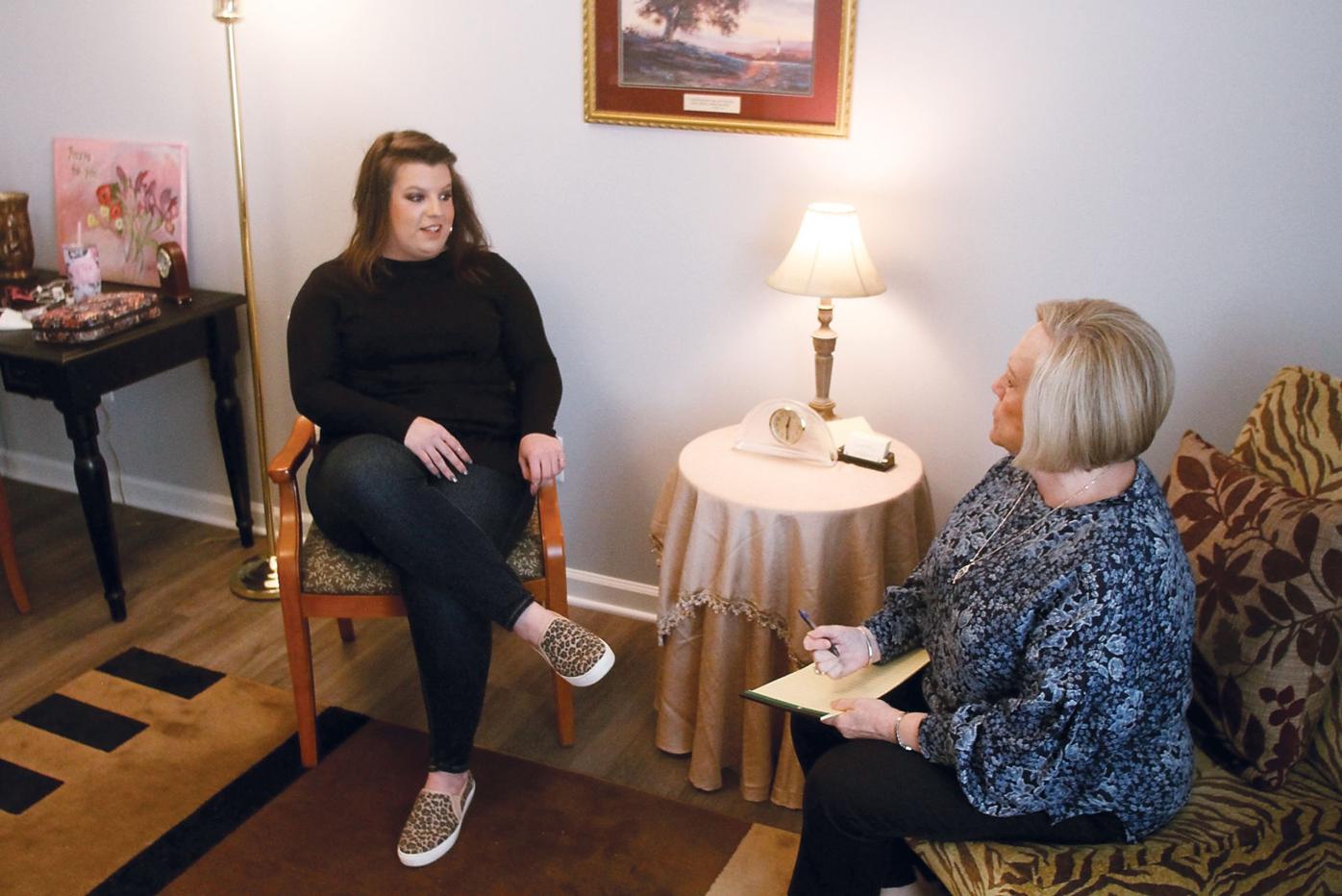 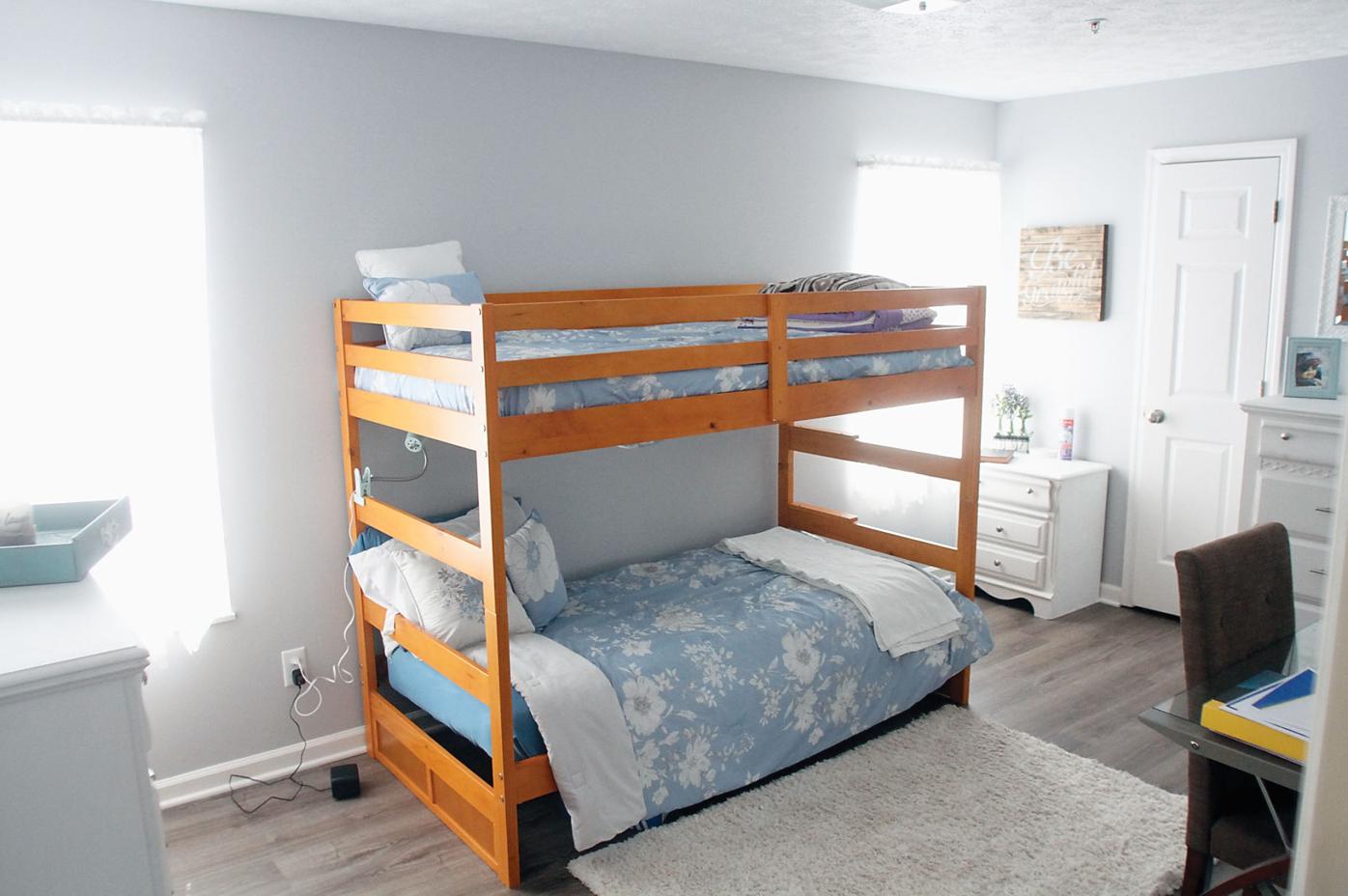 Participants at ReUnite Ministries have a safe and welcoming place to stay. 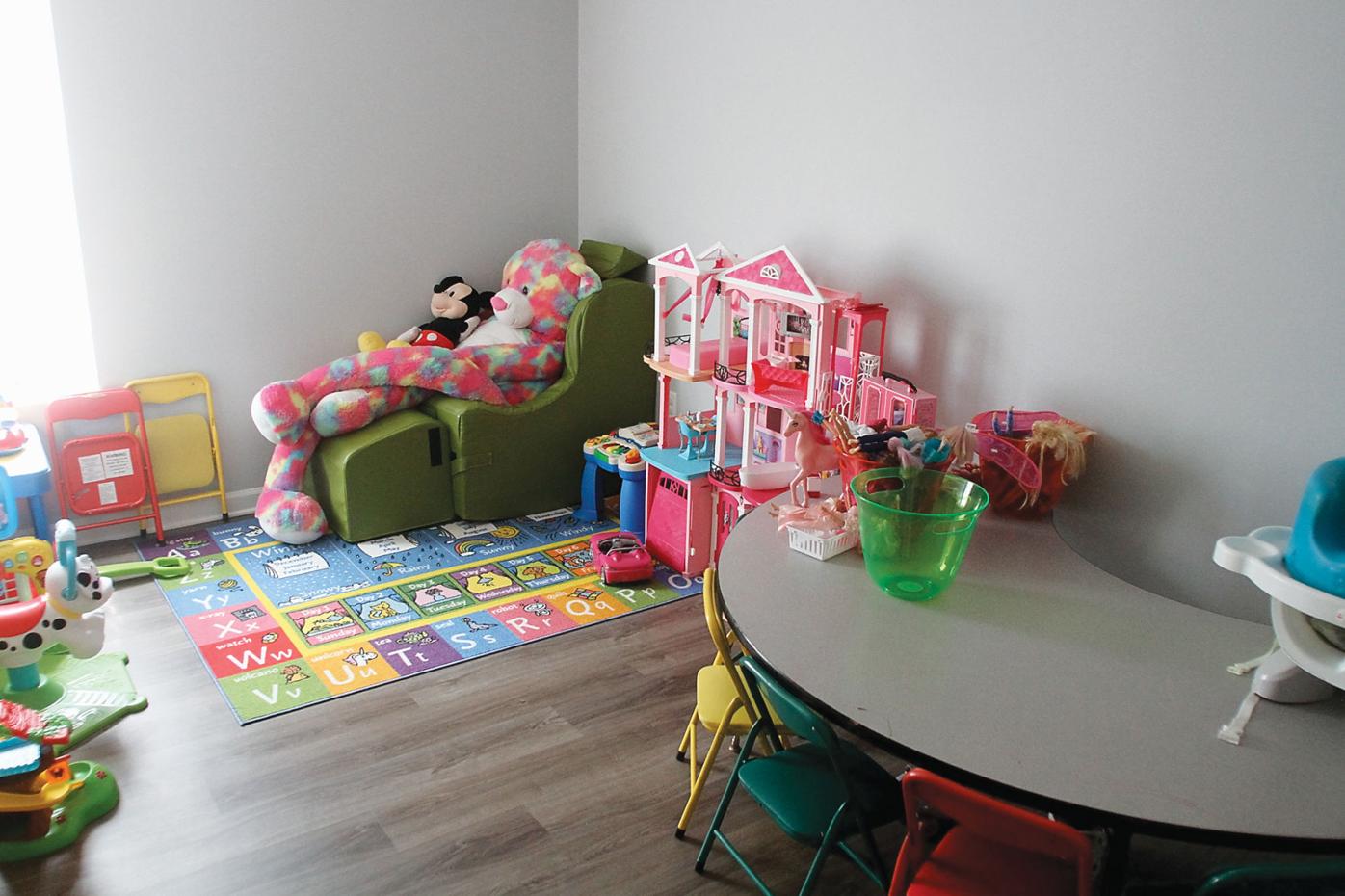 Children under supervised visitation at ReUnite Ministries have an inviting play area.

Program Director Tionna Green talks about starting ReUnite Ministries for moms who have lost custody of their children.

Volunteer Lori Keesey (left) and Program Director Tionna Green give a tour of ReUnite Ministries, a residential counseling center in Blount County that seeks to help moms regain custody of their children from foster or kinship care.

Participants at ReUnite Ministries have a safe and welcoming place to stay.

Children under supervised visitation at ReUnite Ministries have an inviting play area.

Sometimes others believe in you when you just can’t.

That’s what happened to Amanda Schirtz when she landed herself in Blount County Jail. This mom admits she was addicted to meth and lost custody of her then 1-year-old son because of it. The doors slammed shut on her future, faced with the possibility of a decade behind bars.

But someone saw what Schirtz herself couldn’t — that with the right program, some parenting skills and months of working on herself, there was hope for a future that included that little boy.

That’s exactly where she is now, grateful to wake up every day and prove to herself and others she can turn it all around.

Schirtz is enrolled in a program offered by ReUnite Ministries, a residential counseling center for moms just like her who’ve lost custody of their children due to drug addiction, domestic abuse and/or neglect. Schirtz’s charges were aggravated child abuse and neglect because a hair follicle test on her young son came back positive, even though she says she never did drugs in his presence. He was in close enough contact to Shirtz and her partner, who also did drugs and was arrested.

She was angry over the events that led to her arrest. Schirtz said she had let another drug user into her home but later asked her to leave. “She got upset and told me she would ruin my life,” Schirtz recalled.

Three hours later, the Department of Children’s Services was at her door, Shirtz said. Both she and her partner tested positive so their son was justifiably taken away.

“After that, I plummeted,” Schirtz said. “I left his father for the drug dealer. We lost everything, a nice home. I was living in hotels and on available couches. One day the car I was driving broke down .... The next morning i was arrested and charged with aggravated child abuse and neglect.”

But as she was taken to court, this mom said she was told about ReUnite Ministries and was told she could apply for the program. Schirtz said she read over the information and knew this was where she needed to be.

She interviewed with ReUnite Ministries leadership and was accepted.

A hand reaches out

Tionna Green serves as program manager for this outreach ministry of RIO Revolution Church. The center was started two years ago but spent months shut down due to COVID. Schirtz arrived two months ago.

As Green explained it, Schirtz is still in custody of Blount County, but is furloughed to enter the program.

“She is under our care,” Green said. “As she works in this program, she has the opportunity to have her charges dropped, make a fresh start. Make better choices and build her family.”

The location of ReUnite Ministries isn’t provided to protect those under its care. Green said they will be able to take six to eight moms willing to work on their issues. Parenting classes are part of the plan, along with financial coaching, resume writing, health and fintess and counseling, which is provided by licensed individuals. Bible and nutrition classes are included, too.

Sunday church attendance is mandatory along with participation in the Celebrate Recovery program at RIO Revolution. Residents are allowed to leave the premises for employment, classes, doctors appointments and services. All time away must be preapproved by the director.

The program is done under 24-hour supervision.

There are currently two moms in the program. Reunite Ministries is licensed as a residential education and counseling center. The moms who come here are allowed supervised visits with their children. Schirtz’ son is in the custody of her parents. She sees him twice a week at Reunite Ministries.

Those who enter the center will be there for a year. Green said the moms are asked to not hold down a job for first 90 days. She stressed this isn’t a rehab center; all who come here must be clean for a period of time before entering.

Green is herself a mom of three and grandmother of seven. In addition, she was also a foster mom. She said the local court system will refer moms to her along with shelters and DCS. One of the biggest obstacles is Reunite Ministries isn’t qualified to do mental health management and medication management, but that could change in the future.

A plan into place

The focus, Green said is to help the women work on everything that will help them get their children back. Each one has a permanency plan to complete.

“We just really go back to ground zero with them, with things like parenting classes and active parenting. We help them with a budget and how to spend. They do general housecleaning and plan their own menus.”

All of this support is done at no charge. Green said this is a nonprofit that operates on donations; it accepts no government funding. Supporters hace come forward at each step, from donating furniture and services in the beginning to seeing that needs of residents are provided for, whether it be clothing or shampoo.

Green is the only paid staff member at present. Lori Keesey serves as a volunteer and said there are multiple tools the women receive to help them succeed.

“We have family mentors these moms can call,” Keesey said. “We hope they call. The last thing we want is cod this cycle to start all over again. If we can restore these families, the community benefits. They are better employees and are out of the jail system. The foster care system doesn’t have more children to take care of. We believe this is a very important ministry for the entire community.”

Green can assess the effect this ministry has had by listening to its participants. She said one of the other moms that has completed the program summed it up this way.

“She asked me if I knew what a halfway house is and I said yes,” Green said. “We are not that. She said ‘you guys are an all-way house. The whole thing in one place.’”

A relationship has been forged with DCS and the local courts to make this all work, Green and Keesey said. They are hoping ReUnite Ministries can begin offering supervised visits to nonresidents and their children. Green said there is a great need for that. Daytime parenting classes for nonresidents will be offered soon.

This program is biblically based on another program called Mercy Multiplied. There are differences since that program doesn’t work on reuniting families.

The differences in Schirtz since she came to this program are revealing, Green and Keesey said. This mom has a new outlook on life, a new goal to work toward and people who can help lead her. She will probably come back and share her story with those just getting started on theirs. She called Reunite Ministries a “safe place to grow.”

Green said Schirtz asked her early on how they could love a person like her.

ReUnite Ministries is an outreach of RIO Revolution. Tionna Green is program director. Contact her at 865-984-9200 Ext. 1020, tionna.green@riorevolution.com  or visit the website, reuniteministries.com.