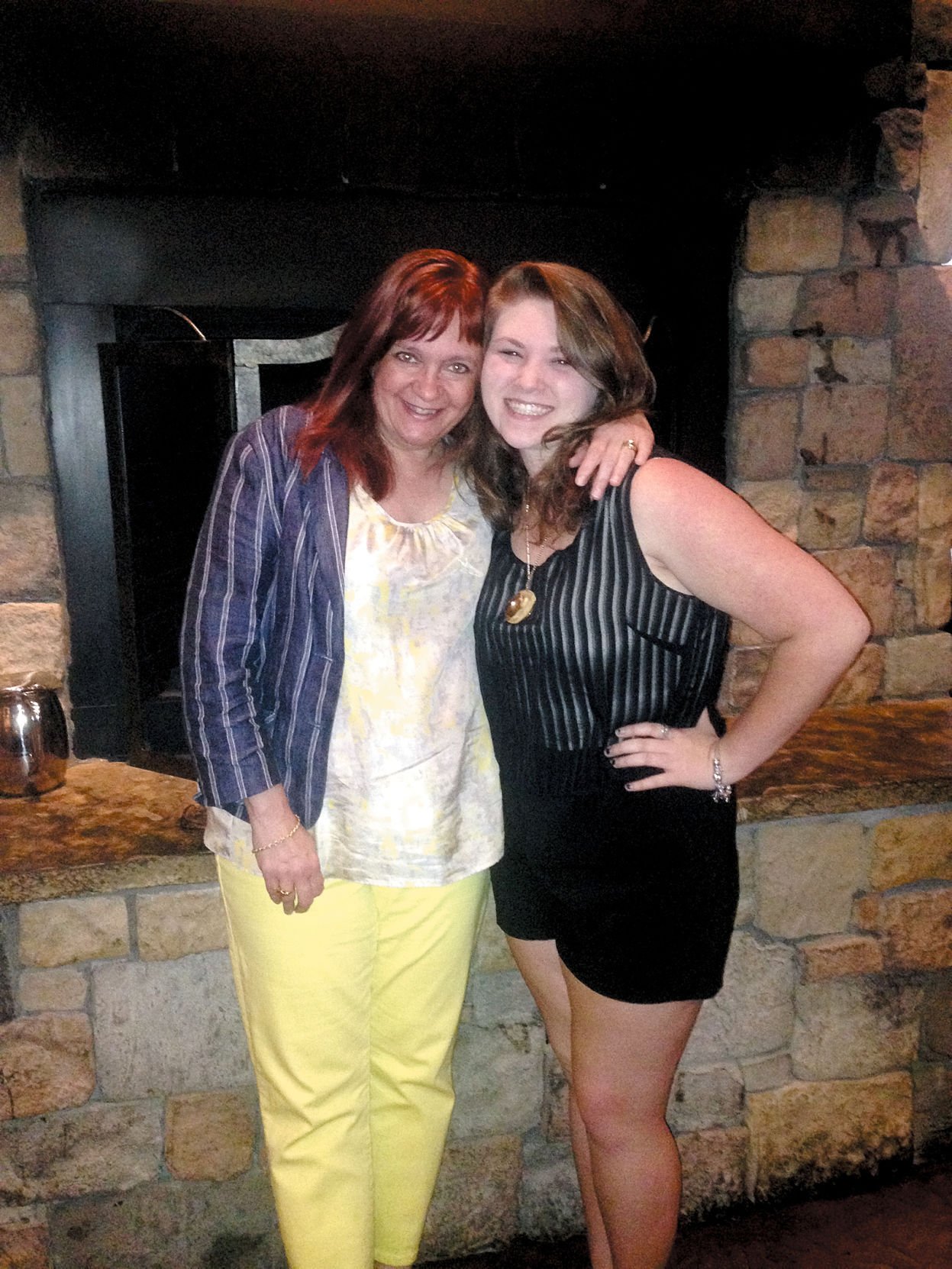 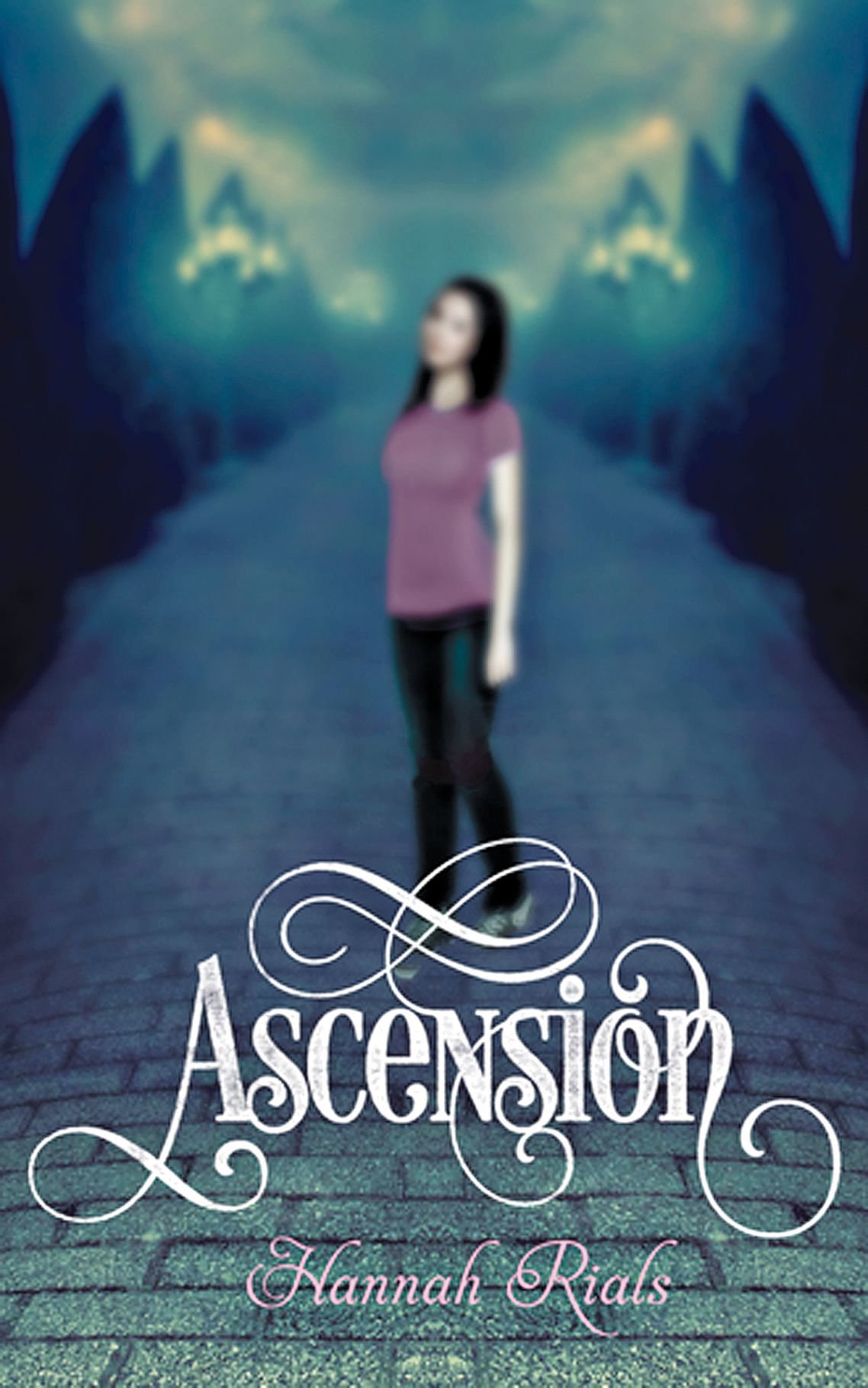 The Cover of “Ascension,” by Hannah Rials, now 24. She lives in England but is back to launch the last book in the trilogy, called "Reclamation."She is a graduate of Maryville High School. 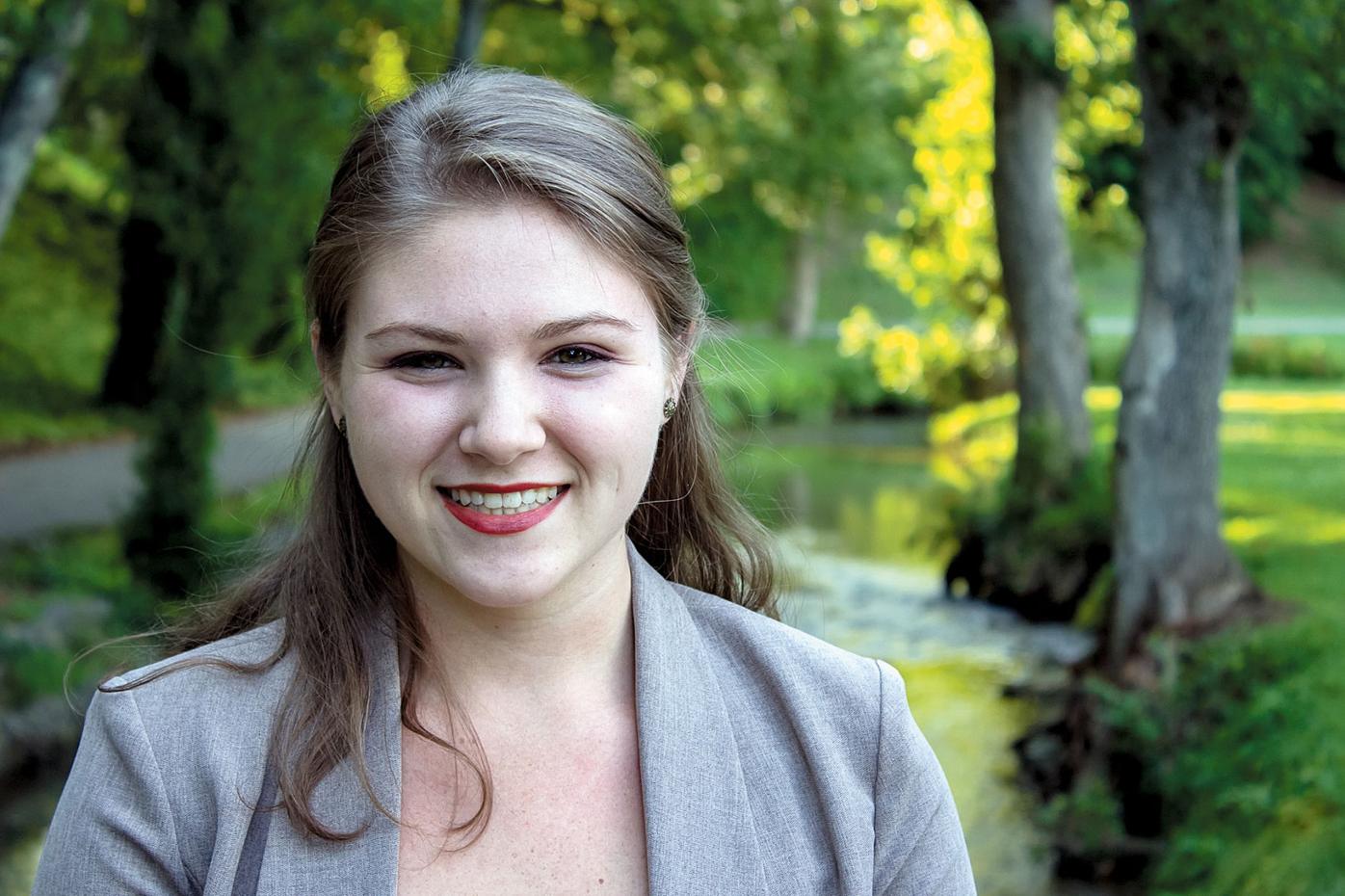 Author Hannah Rials, a junior at the University of Tennessee at Chattanooga, started writing her book at the age of 12. It has definitely evolved and matured, she said. 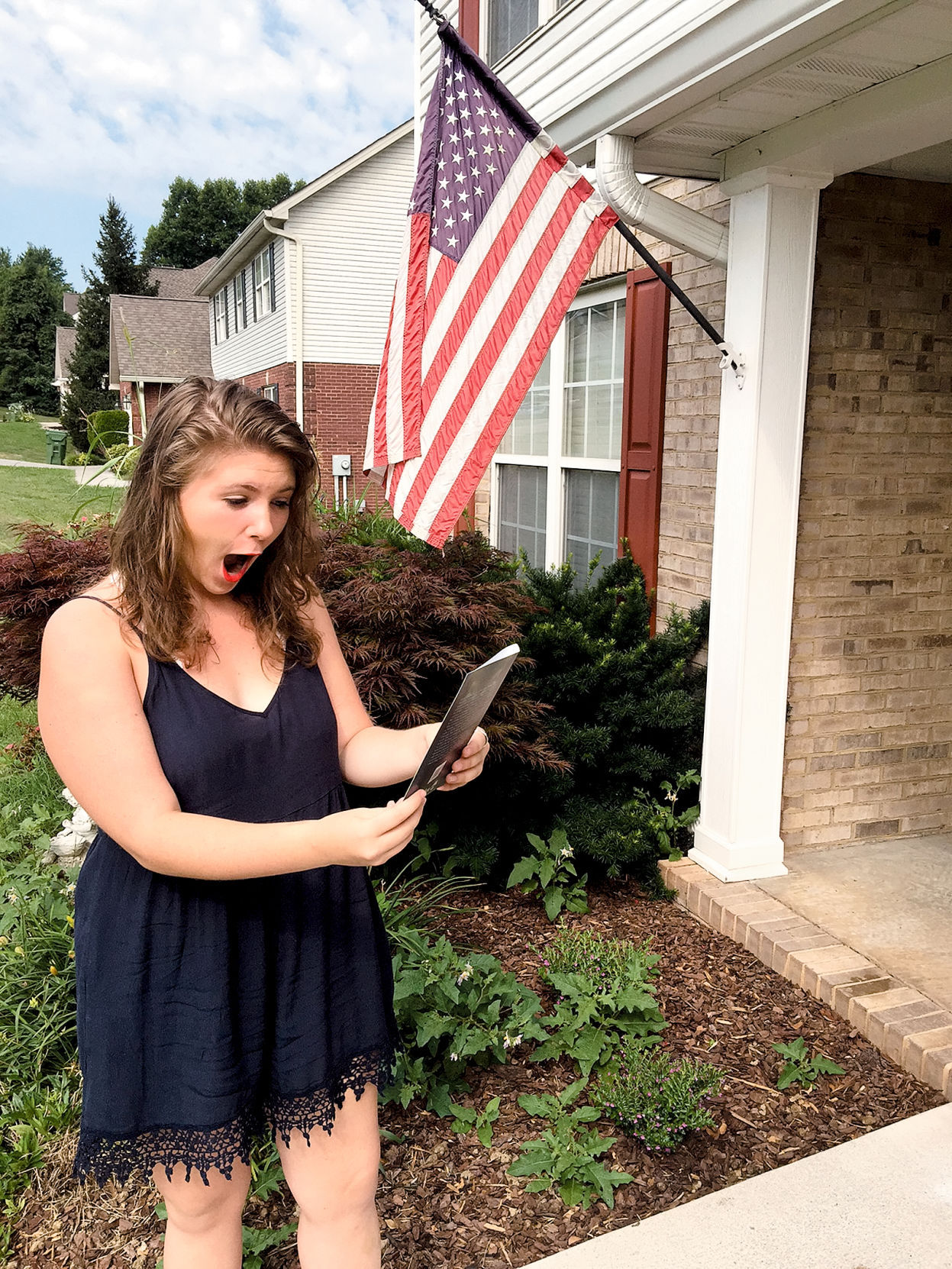 Hannah Rials receives the final proof of her book, “Ascension.”

The Cover of “Ascension,” by Hannah Rials, now 24. She lives in England but is back to launch the last book in the trilogy, called "Reclamation."She is a graduate of Maryville High School.

Author Hannah Rials, a junior at the University of Tennessee at Chattanooga, started writing her book at the age of 12. It has definitely evolved and matured, she said.

Hannah Rials receives the final proof of her book, “Ascension.”

Persistence pays off, we’ve all heard at least a hundred times.

For young author Hannah Rials, that meant eight years of writing, re-writes, edits and redos. The Maryville High graduate, and now junior at the University of Tennessee at Chattanooga, can honestly make that statement with the proof to back it up.

Rials has written a young adult fantasy fiction novel, “Ascension.” She will be holding a book signing and book release party from 7-9 p.m. Saturday, Aug. 27, at Vienna Coffee House in Maryville. The public is invited.

The passion was there

“I always wrote short stories growing up,” she said. “That year vampires hit really big in young adult fiction. I read the ‘Twilight’ saga in a week. That kind of got into my brain. I woke up one night and said ‘I am going to write a book.’”

When most youngsters say that, they may give it a try for a while and then find the next big thing. Not the case for Rials. She stuck with it, to the point that parents Tim and Becky Rials sought out a writing coach. They found Pam Hicks, a former teacher turned after-school tutor.

“They called Pam and asked her if she had ever helped a kid write a book, and she said no but she wanted to,” Rials said. So, for the next six years, Rials went to Hicks’ home every week, working on character development, edits and more.

“Ascension” has gone through countless drafts, the author said. It has a different title than when Rials began and also some name changes. She completed it at the end of her senior year at MHS.

As it turns out, as Rials was completing her book, she landed an internship with Valarie Budayr and her publishing company, Audrey Press, here in Maryville. Rials told Budayr about her book but didn’t think much past that.

But Budayr suggested this young author send out queries to other publishers, to get some feedback. Rials took the advice.

“I went through many rejections,” this author said. Then Budayr asked Rials to send her the first 10 pages of the book. She did.

Budayr passed it around her company, and they loved it, Rials said. In the end, Aletha Press published “Ascension.” Aletha is a division of Budayr’s company, Audrey Press.

Hicks asked Rials to let a few other people read over the novel before it got to the final draft, including a mother and daughter who happen to love vampire books. They also sent it to another editor.

“They read it and wrote back with a lot of criticism and encouragement,” Rials said. “It really helped push it along.”

There have been about 150 invitations sent out for Rials’ book release party. Anyone interested in the book is welcome. The cost of the book is $10.95, and it will be available Saturday at Vienna Coffee, as well as on Amazon and at Union Avenue Books at Market Square in downtown Knoxville.

Rials has returned to classes at UTC where she is majoring in creative writing, but will be coming home for this special event. Also on hand will be her parents, Budayr, Hicks and other supporters.

“Ascension” is the story of Cheyenne Lane as she moves to New Orleans with her sister and brother-in-law. Lane is a half-vampire who soon falls for a witch named Eli. The stakes are very high as Lane tries to make the right choices in her life. She must deal with her patronizing family and the constant surveillance of the Vampire Council.

The author is making this the first of a trilogy, and she already has the second one mostly complete.

The writing has definitely evolved over time. Rials said “Ascension” is not the same book she started as a 12-year-old. That creative idea has been honed and matured from eight years ago.

She does, however, still handwrite the first draft. That’s so she will focus on the writing in the beginning, not the editing.

Support along the way

Rials is well-known in this community for her community service. She put on a prom for members of The Gate, a day program for adults with disabilities, for years. She has also volunteered with Junior Service League projects and at New Hope — Blount County Children’s Advocacy Center. Back in 2012, Rials was awarded the Youth Leadership Award from Leadership Blount. She also earned her Gold Award in Girl Scouts.

When she looks back at the past eight years, Rials said she knows the right people were in her life at the right time. People like Hicks and Budayr. Her editor Mallory Leonard and copy editor Peggy Carrouthers, also from Maryville, have been key parts of this journey as well.

“All of this has to be divine intervention,” Rials said.

When she had to undergo a surprise appendectomy a few weeks ago, it was Budayr’s husband who was the surgeon. That day, she got her books delivered by Valerie and an operation by Dr. Mahdi Budayr. “That was a memorable day,” Rials said.

There are examples of Rials’ work at her parents’ Maryville home, in her dorm room at UTC and on her blog. But there is one piece of her writing that her family gets a huge laugh over — a letter to Santa that Rials wrote when she was only 4.

“I was mad at my dad,” she explained. “In the letter, I was imploring Santa not to give him presents because I was mad at him. I always put my emotions into my writing.”

It’s a tactic that seems to be working.

A book release event will take place from 7 to 9 p.m. Saturday, Aug. 27 at Vienna Coffee House, Maryville, for Hannah Rials and her book "Ascension." The University of Tennessee Jazz faculty will provide music. The book is young adult fantasy fiction and is set in New Orleans. The public is invited.