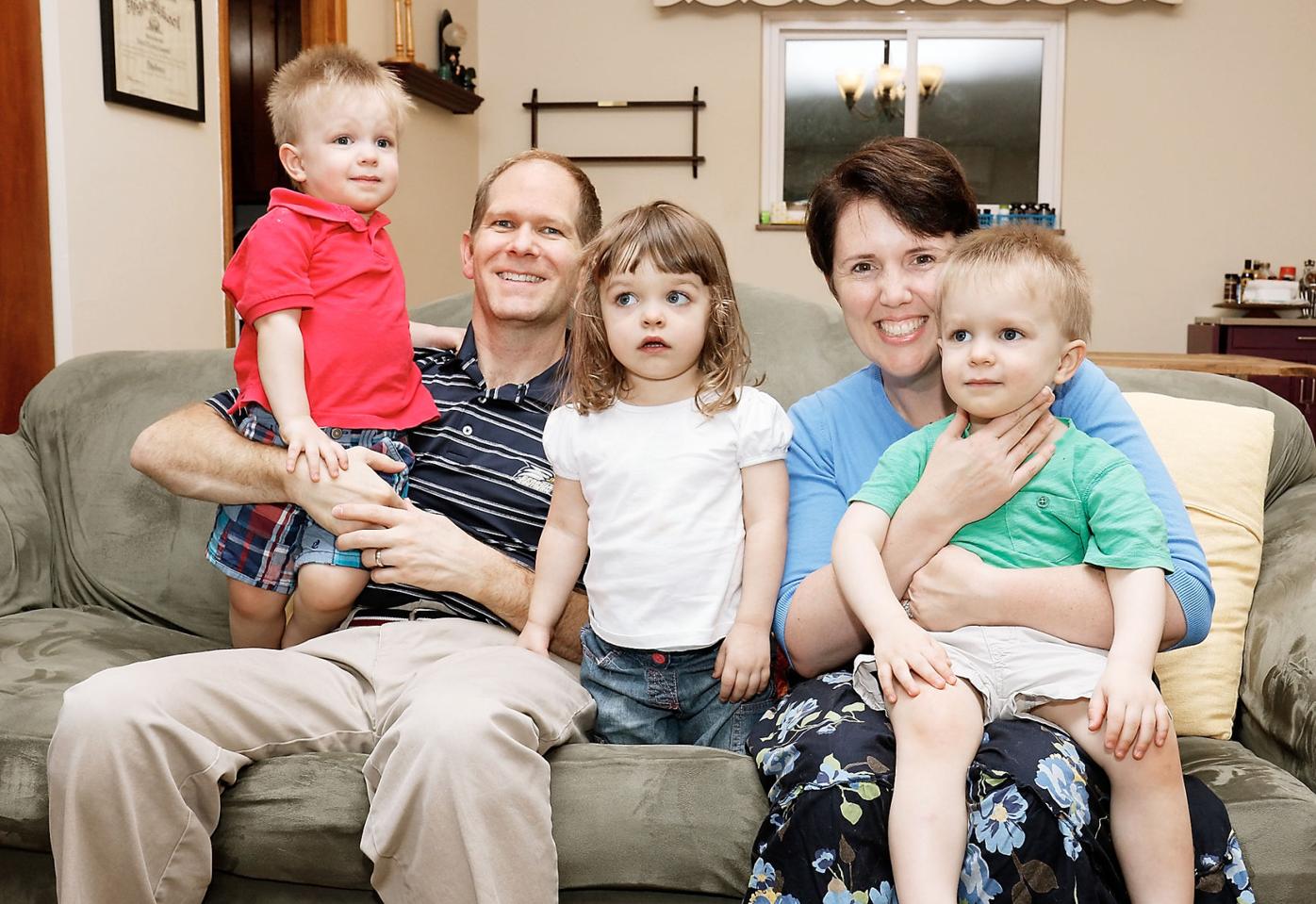 Henry (from left), Brian, Brynton, Angela and Charlie Cartledge relax in their home. 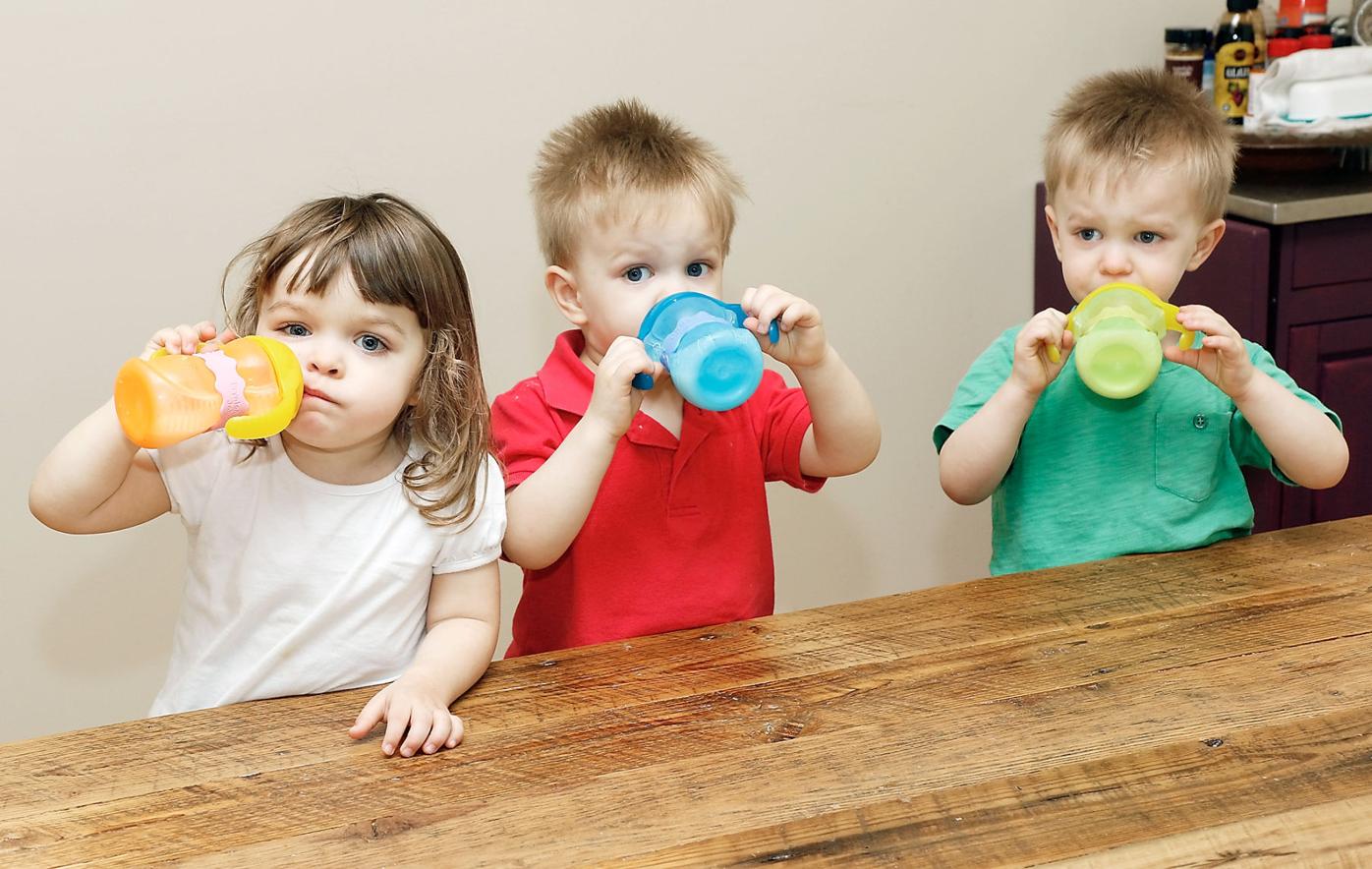 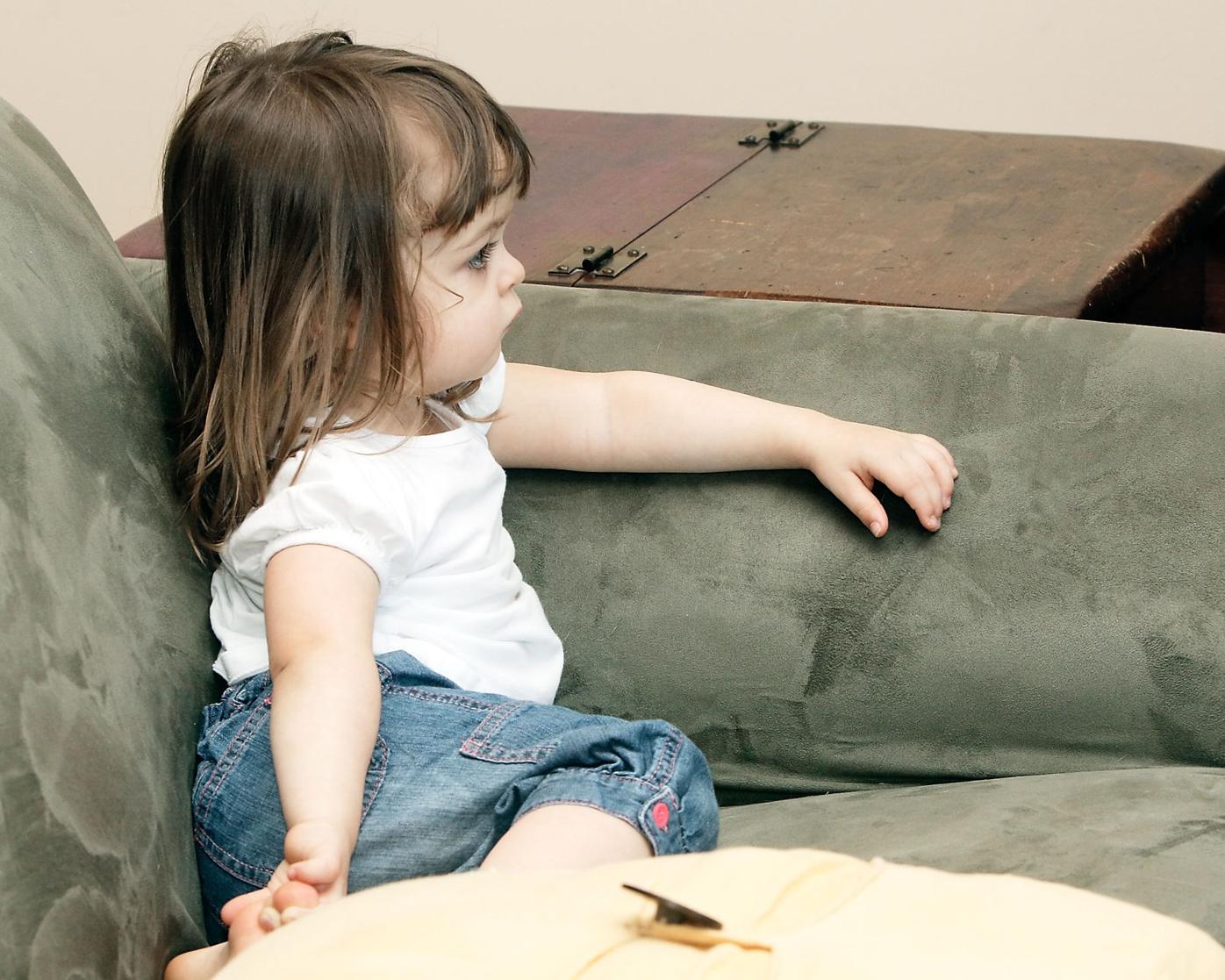 Brynton Cartledge watches a movie in her home. 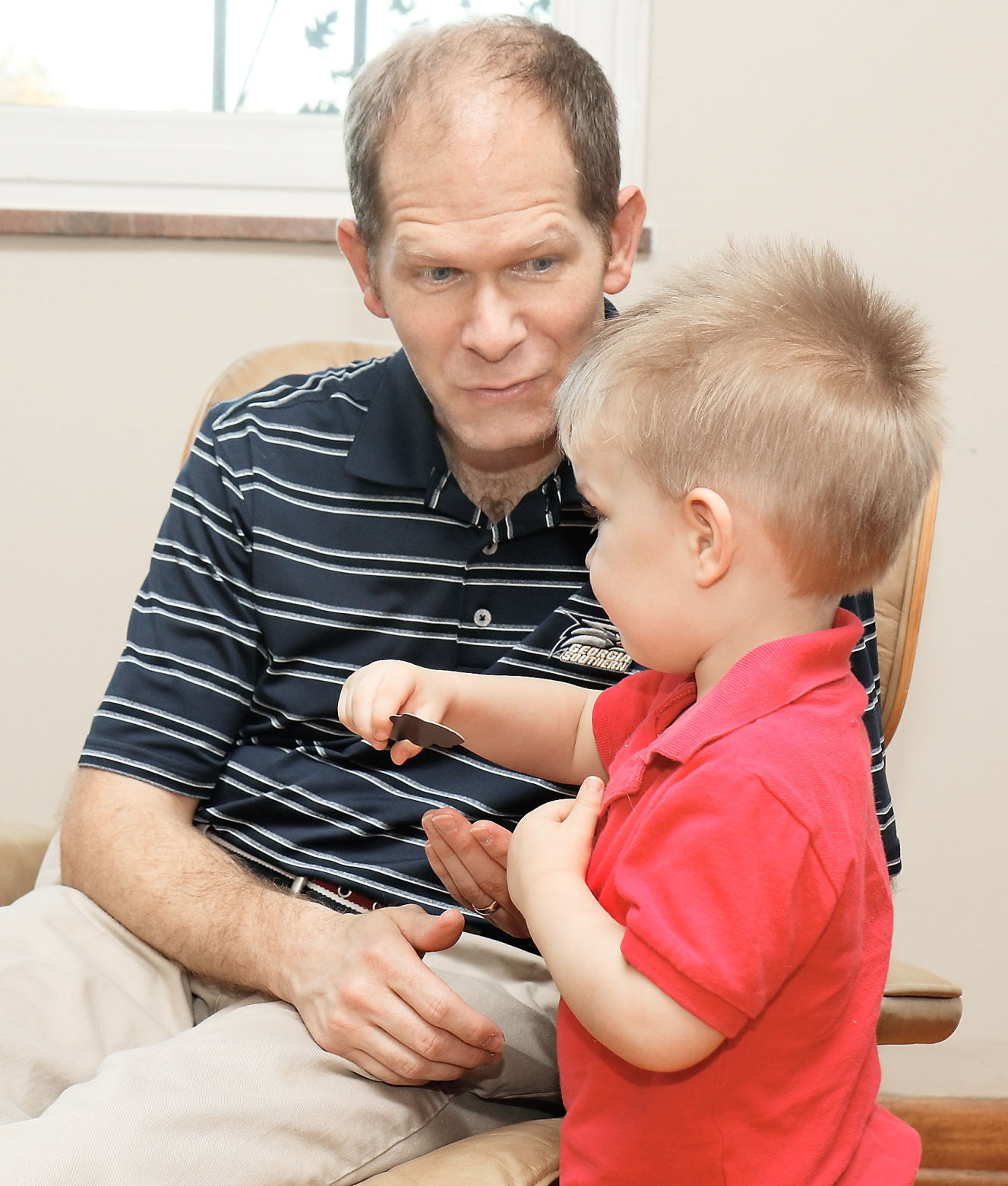 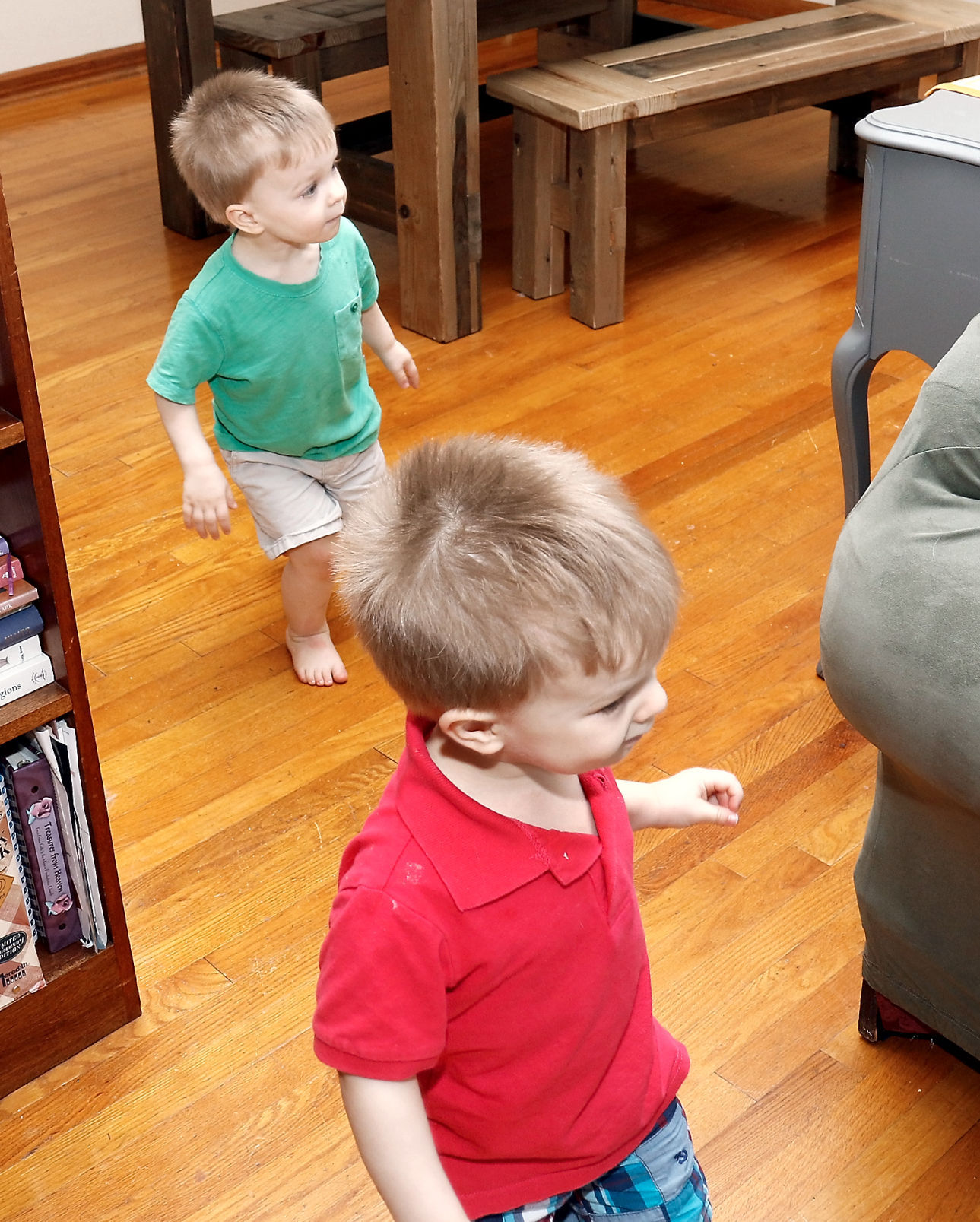 Henry (front) and Charlie Cartledge run through their home as they play.

Henry (from left), Brian, Brynton, Angela and Charlie Cartledge relax in their home.

Brynton Cartledge watches a movie in her home.

Henry (front) and Charlie Cartledge run through their home as they play.

Triplets will keep you running at warp speed, just ask Angela and Brian Cartledge, parents to Henry, Charlie and Brynton.

The triplets will turn 3 next February. There isn’t a dull moment in this household that also includes a dog, Pepper. For years, however, the couple thought their chances of being mom and dad might never happen.

Starting a family was indeed a rocky road.

The couple tried in vitro fertilization and Angela got pregnant. But their son was born with a very rare genetic disorder and passed away in his sleep at just nine months.

The husband and wife decided later on to give IVF another try and did so. But, Angela miscarried after only 12 weeks.

That’s when the two settled on adoption. They figured they would spend months maybe even years and a lot of money to adopt a child. Then, Angela’s sister was at a baby shower when she heard about another alternative: adopting embryos.

They had already been in touch with Nightlight, a Christian adoption agency, when they discovered it provided embryo adoption so they sought out more information. What they discovered led them to decide this was their best alternative.

Nightlife calls this its Snowflakes Embryo Adoption Program and the babies are snowflakes. Just as each snowflake is frozen and unique, so is each snowflake baby, the agency says on its website.

There are well over 600,000 frozen embryos in storage in the United States, according to Nighlight. Many are left over by people who have completed their families through IVF. Rather than discarding them or donating to science, many families are now choosing to put the embryos up for adoption to give them a chance at life.

Just this past September, the Knoxville-based National Embryo Donation Center held a celebration for a special milestone — the 500th successful birth to come about from frozen embryo adoption. The center is one of the nonprofit organizations nationwide assisting both embryo donors and recipients.

The first step for the Cartledges was a home study at the Cartledges’ home in Asheville, N.C., where they were living at the time. They now reside in Knoxville. The two then had to be matched to a donor. Things like whether the family wants an open or closed adoption are part of this process. The match is accepted if both sides agree to the preferences each has requested.

As it turned out, the donor family lived in Paris and preferred an open adoption, which the Carledges also wanted. Once everything was agreed upon, the 15 frozen embryos were shipped from California to North Carolina.

The match was completed in March and the frozen embryos were transferred in July of 2012. Four of the embryos the Carledges didn’t use were put back into the pool to be used by another family.

Fastforward to an ultrasound a few weeks later. “Are you sure we only put two in?” the doctor was heard to inquire.

Yes, it was only two, but somehow both embryos had split or one had split more than once. That meant these want-to-be parents might end up with four babies.

“I was in complete shock for a good 24 hours,” Angela said. “I was a deer in the headlights staring off into space.”

The next doctor visit revealed there were three heartbeats, not four.

“From then on, it was just constant vigilance,” Angela said.

Henry, Charlie and Bryn all weighed about 3 pounds each and remained in the hospital for nine weeks. They were premature. They got out of the hospital about the time they were supposed to have been delivered.

“It was like carrying one 9-pound baby,” Angela said. She gained 89 pounds in those 30 weeks.

All are healthy and growing into their own. Henry is the engineer. Charlie is the bulldozer and Brynton is the princess, their mom said. The boys are identical twins.

As Angela and Brian see it, this type of adoption was the way to go. It costs much less than a traditional adoption. It took less time. Angela was able to carry the children in her womb.

“We could be in charge of the doctor visits and all prenatal care,” Brian explained.

Angela has a few problems during pregnancy, including a rash brought on by the stress of carrying multiples. Charlie was the smallest, Brynton was in the middle and Henry was the biggest.

“I had always wanted to be big and huge and pregnant,” Angela said. Wish granted.

The triplets were born just one month before Angela reached her 39th birthday. She said this toddler stage the triplets are in now is definitely a challenge — the biggest one so far.

When they were infants, her mom graciously moved in and helped care for the babies. Angela is a stay-at-home mom who definitely has her hands full. Brian is a physical therapist.

Because Angela carried them in her womb, her name and Brian’s are on the birth certificate, another reason the husband and wife chose this route. There will be no court cases to worry about later.

“I birthed them and that’s the end of that,” Angela said.

The donor family lives in Paris, and Angela said they weren’t harmed in the recent terrorist attacks. She and Brian both said they hope to one day meet in person. They exchange photos. The family that shared their embryos have children of their own.

Angela has two sisters and one brother, but Brian is an only child. He is adjusting to a houseful.

“This is a new experience for me,” he said. “I don’t know how siblings operate.”

For more information about the Snowflake Embryo Adoption program at Nightlight, visit www.nightlight.org/snowflakes.