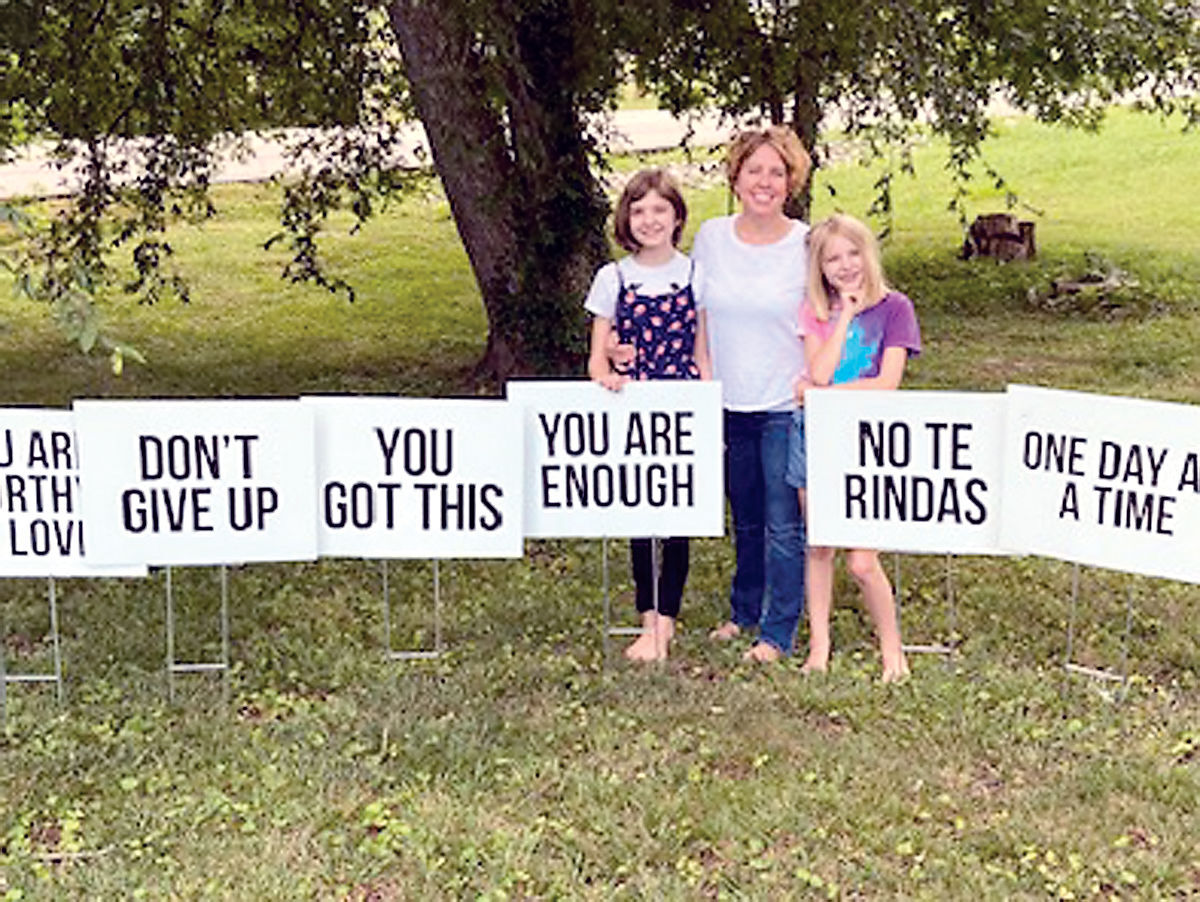 Don’t Give Up participants (from left) Ireland, Jessica and Avonlea Self stand with some of the signs being posted in yards throughout Blount County. Ireland wanted to offer people hope in these trying times. They purchased the signs from the Don’t Give Up Movement, which started in Oregon. 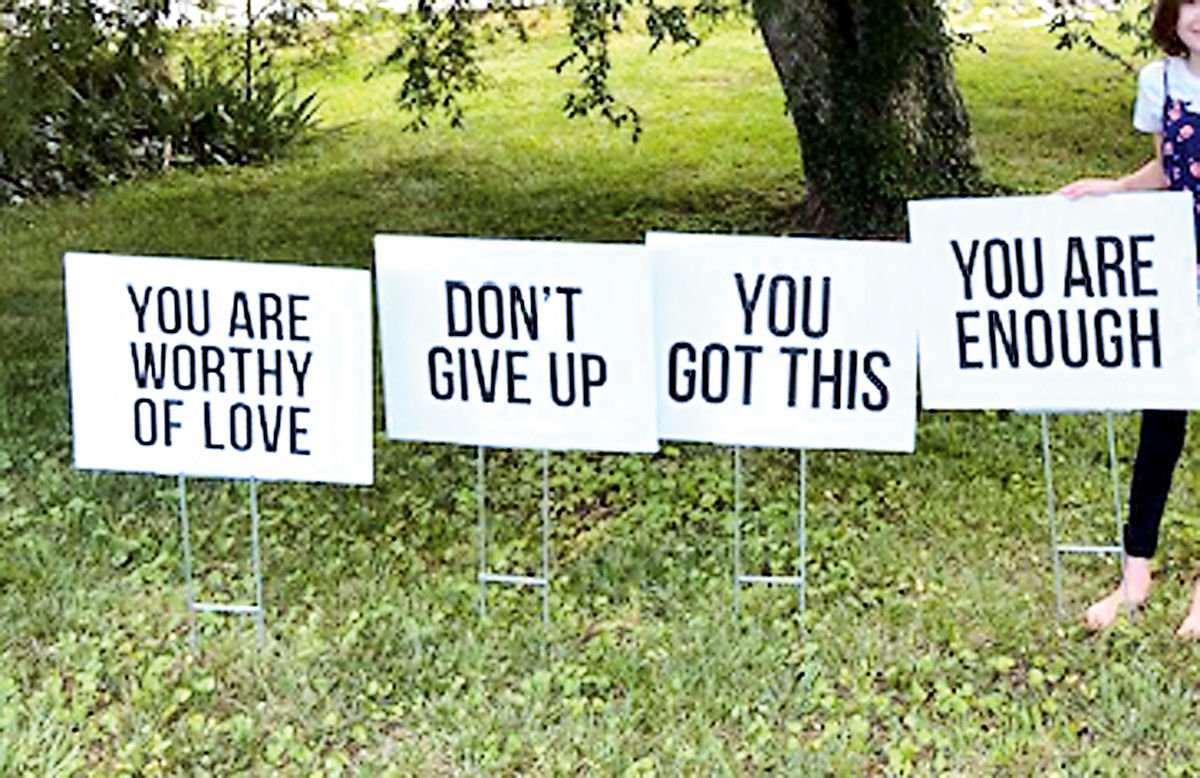 Some of the signs being posted in Blount County. Ireland Self started the project here. She is 11. 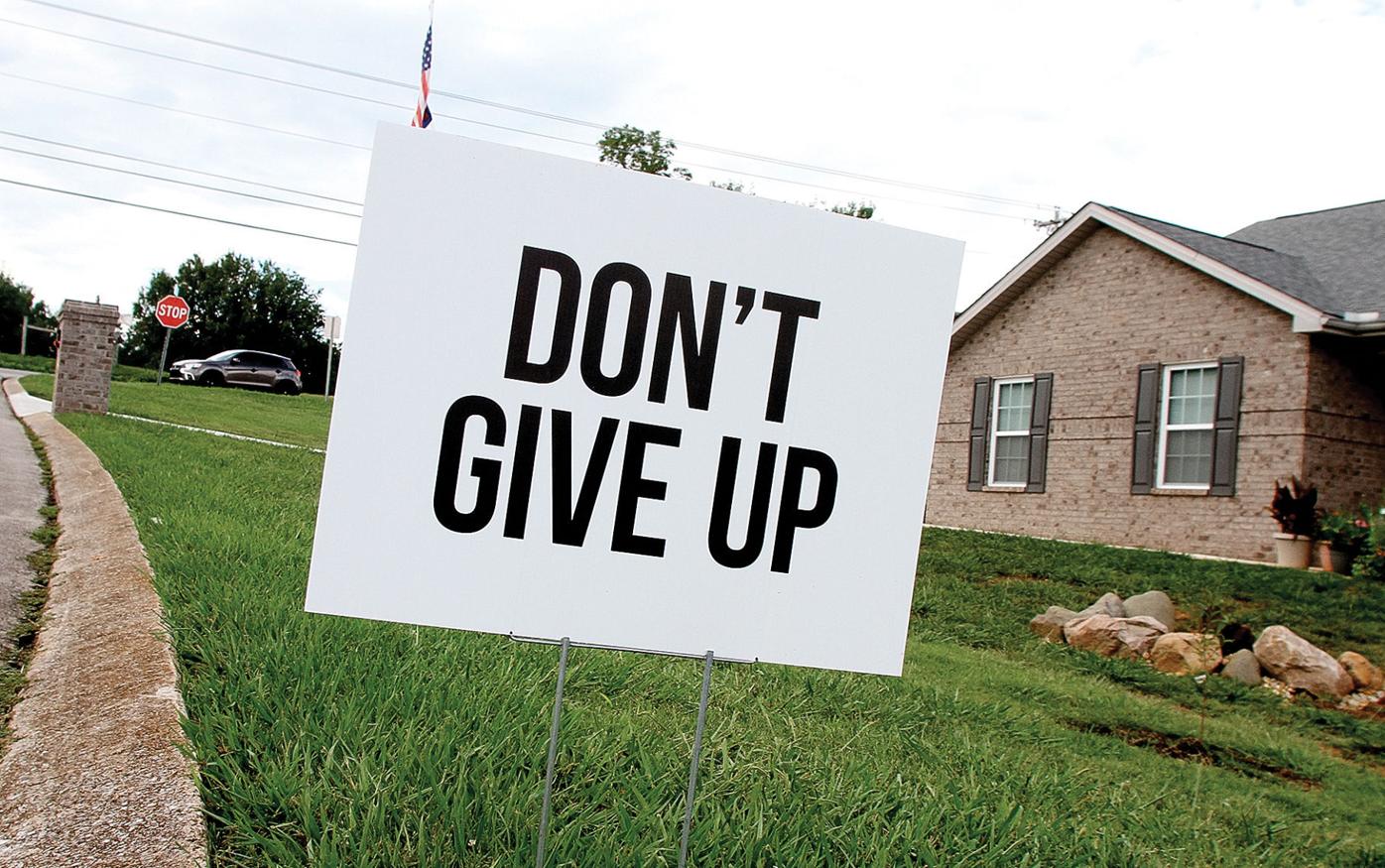 This Don’t Give Up sign is on display in Maryville. 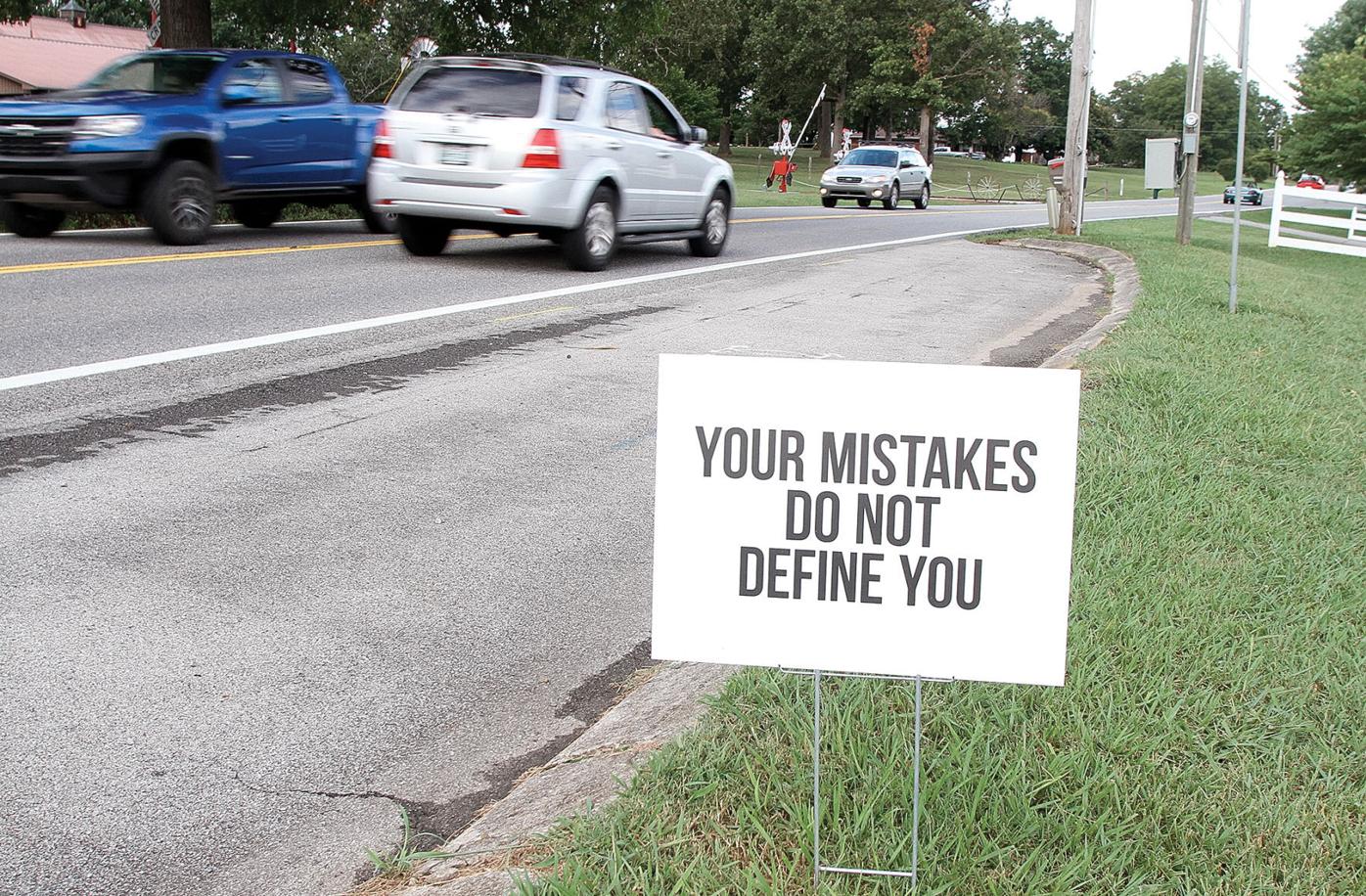 This “Your Mistakes Do Not Define You” sign sits along Sevierville Road in Maryville.

Don’t Give Up participants (from left) Ireland, Jessica and Avonlea Self stand with some of the signs being posted in yards throughout Blount County. Ireland wanted to offer people hope in these trying times. They purchased the signs from the Don’t Give Up Movement, which started in Oregon.

Some of the signs being posted in Blount County. Ireland Self started the project here. She is 11.

This Don’t Give Up sign is on display in Maryville.

This “Your Mistakes Do Not Define You” sign sits along Sevierville Road in Maryville.

Nobody has to explain these are unsettling times to Jessica Self, the mother of two young daughters in Blount County.

COVID-19 has altered everything about day-to-day experiences, and the stress of the unknown affects both young and old.

Jessica’s oldest daughter, Ireland, is 11 and has been taught that even she can make a difference in the world. Jessica is a local Realtor, and she has a pact with her family of four; each time she closes on a home sale, one of them gets to choose a charity to give some of the proceeds.

This time it was Ireland’s choice, and after reading about a woman in Oregon and how she’s helping her community, Ireland wanted to duplicate that project here. It’s called the Don’t Give Up Movement.

And while this pandemic has caused lots of feelings of uneasiness, Ireland has also been reeling from another tragic event, the death of one of her friends, Zakiah Satterfield, by suicide four years ago, at the age of 9. She read about the Don’t Give Up Movement and believed it might help others facing tough times and not just the current pandemic.

The founder of this movement, Amy Wolff, started it when she learned of the high suicide rate of teens in her own town. That was back in 2017 in Newberg, Oregon. She, her husband and two young daughters went out into their community and offered hope in the form of 20 yard signs with uplifting messages. It only grew from there.

Jessica agreed with Ireland that it is a worthy project for Blount County. Mom and daughter located the website, ordered signs and then provided them free to anyone who wanted to post them in their yards.

The signs say things like “You Matter,” “You’ve Got This,” “You are Worthy” and “Your Mistakes Don’t Define You.” The Selfs put one in their own yard. It wasn’t long before the right person saw it.

As Ireland explained, she and her mom were outside one day and saw a man stop and get out of his car at their driveway. Jessica approached, asking if he needed help. The man, who it turns out was from Ohio, pointed at the sign in their yard.

“I have a friend who needs that sign,” he told Jessica. In the meantime, Ireland had heard the conversation and leapt into action.

“I ran to the house and got a sign,” Ireland said. The man took it and thanked them.

There have been others. Jessica said one person who displayed one of the signs saw someone parked on the road and went to investigate, thinking maybe their car had broken down.

“There was a woman crying next to the sign,” Jessica said.

Another passerby saw yet another sign and just went up and knocked on the door of the homeowner, Jessica said. “He said he was having a really bad day until he drove by that sign. He just wanted to say thank you because he really needed that.”

Jessica’s other daughter, Avonlea, is 9. She has been able to choose a charity to help, too. Jessica said she chose Helping Hands recently. This ministry at a local church provides free shoes, food and school supplies to those in need each year. Both girls are home-schooled.

Ireland said she is glad this project has taken off in her community. “The signs are now all over, in Walland and Townsend,” she said.

Now that all of the signs have been given out, Jessica said she and Ireland want to order more signs and see if businesses might want to participate.

The hope is this will grow and inspire others, Ireland said. She said she wants to be able to save a life. With the responses so far, she may already have, this community servant said.

The metal signs are weather proof. Ireland said they can last for years, helping others going through difficult times. She wants them to be visible for a long time to come, she said.

It’s all about helping others who have worries on their hearts and minds, this family said. Help can come in the smallest of ways, even words on a yard sign, they believe. They have proof as evidenced by those stopping at the signs they provided. Ireland is confident she is doing the right thing and affecting people she doesn’t even know.

“I know this is scary for kids,” Jessica said. “For adults, too.” She said she and her husband, James, have always encouraged their children to get involved and be a source of comfort or solution.

A few years ago, Jessica started an outreach at her church, RIO Revolution; it was called the Giving Garden. It provided fresh fruits and vegetables to anyone who needed them, free of charge.

“We always tell our girls that when God tugs on your heart, don’t sit on the sidelines and just talk about it, get in and make a difference,” this mom said.