Maryville woman and her brother indicted on bank robbery charges 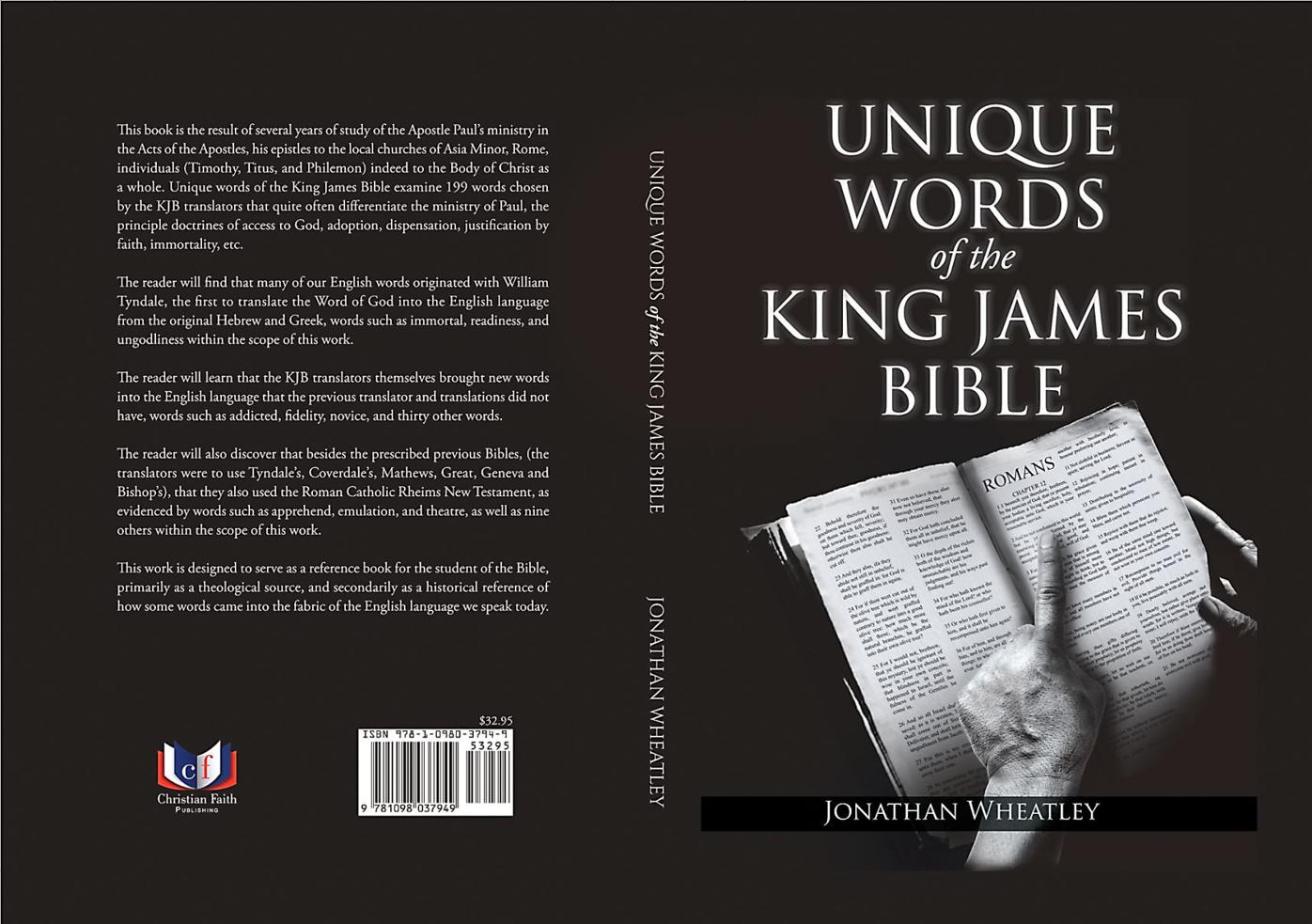 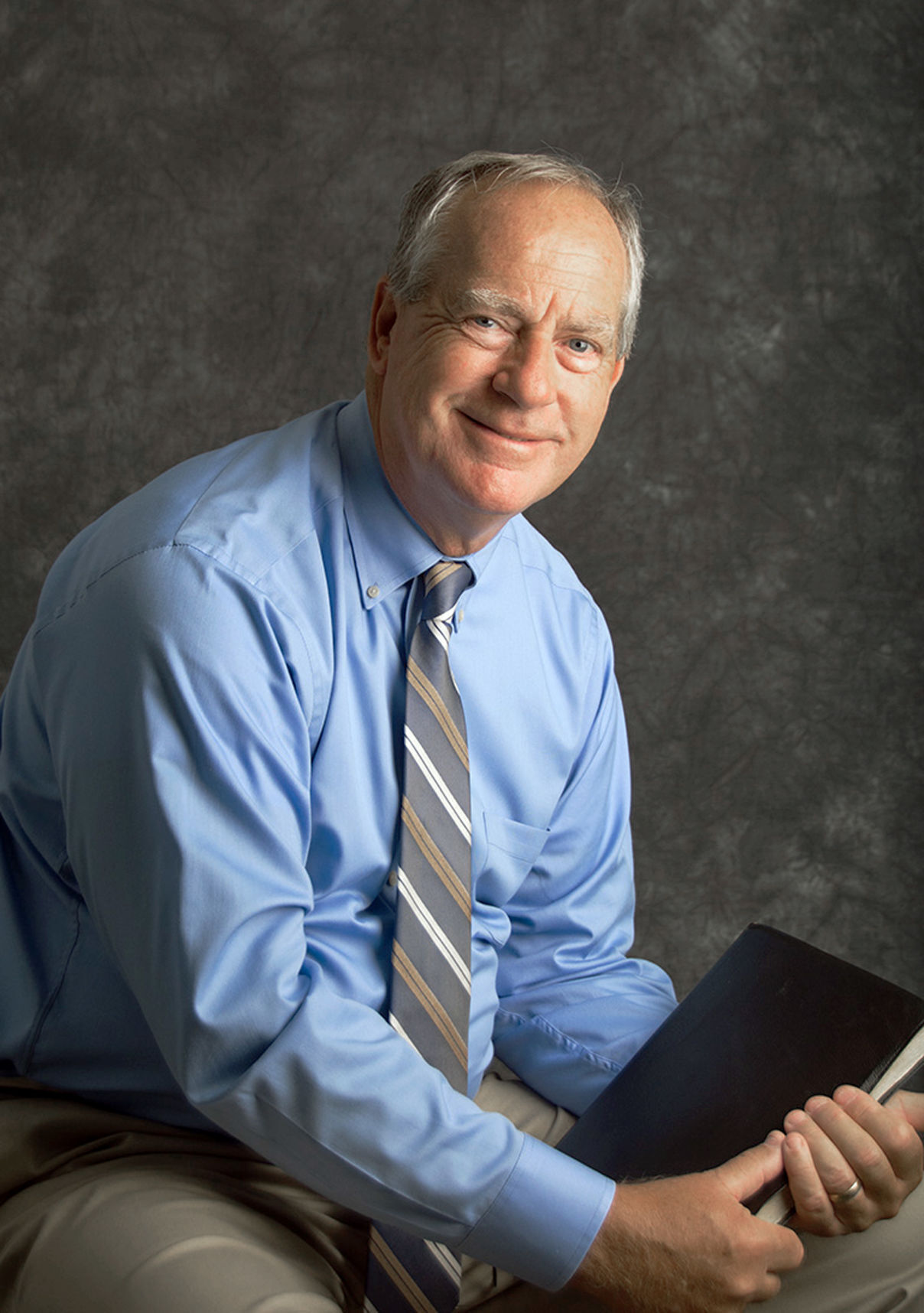 Maryville resident Jonathan Wheatley, 64, spent years compiling his research for the book “Unique Words of the King James Bible.” It is now available at online outlets like Barnes and Noble and Amazon. 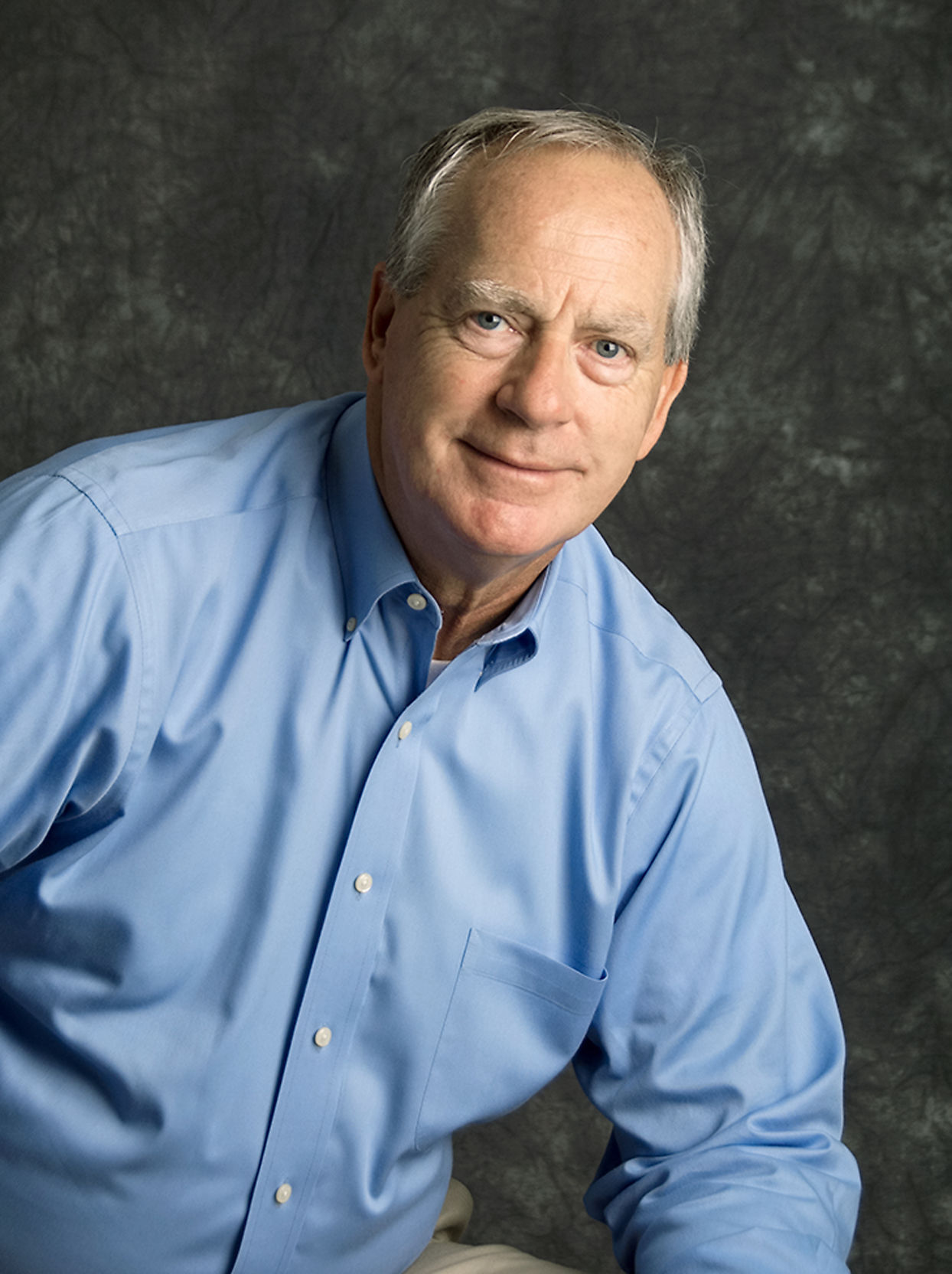 Jonathan Wheatley graduated from seminary and also earned a business degree from Maryville College. He wrote a book, “Unique Words of the King James Bible,” that delves into word origins and definitions. 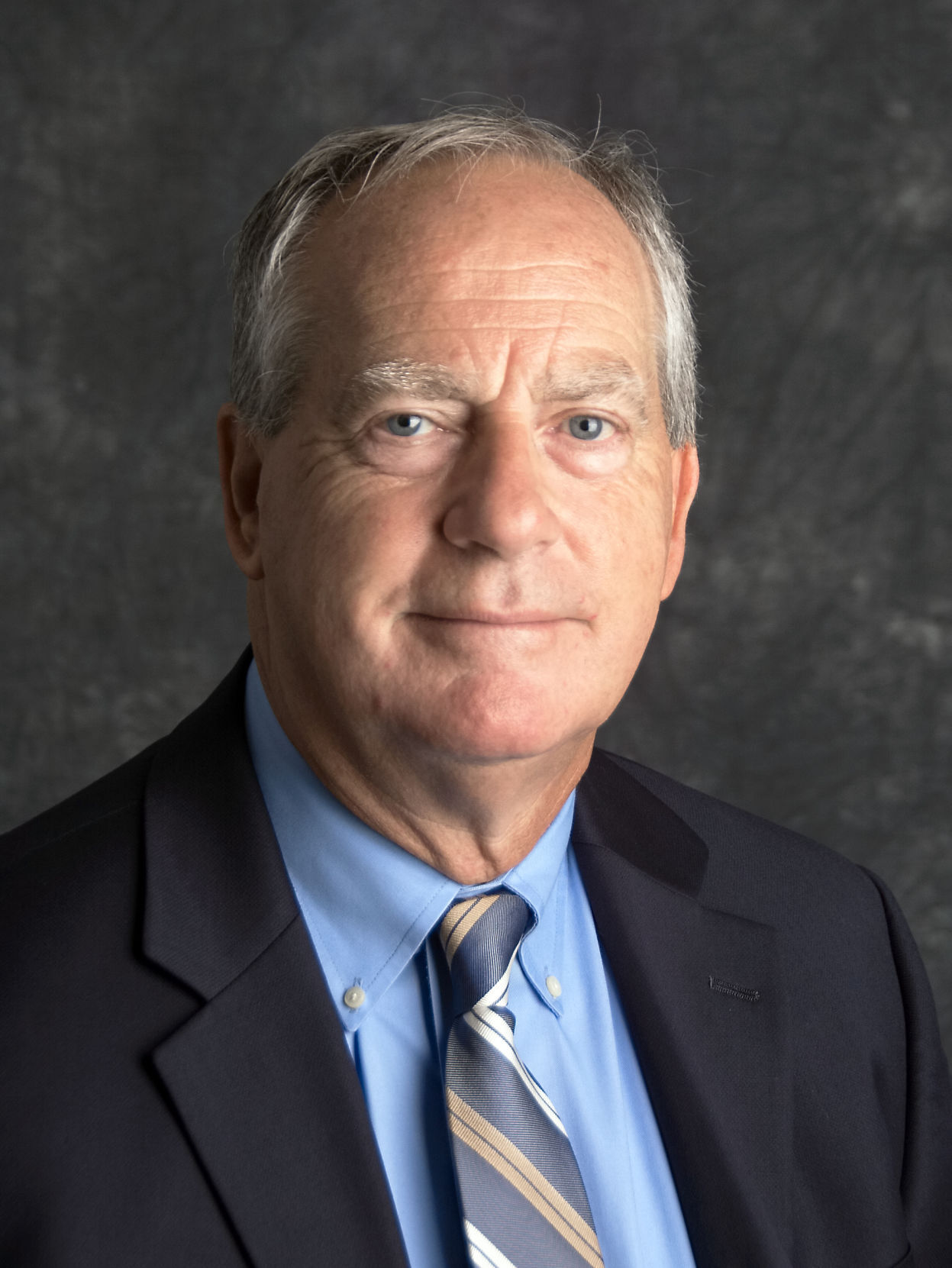 Jonathan Wheatley, 64, lives in Maryville with wife, Kim. They have one son and two grandchildren.

Maryville resident Jonathan Wheatley, 64, spent years compiling his research for the book “Unique Words of the King James Bible.” It is now available at online outlets like Barnes and Noble and Amazon.

Jonathan Wheatley graduated from seminary and also earned a business degree from Maryville College. He wrote a book, “Unique Words of the King James Bible,” that delves into word origins and definitions.

Jonathan Wheatley, 64, lives in Maryville with wife, Kim. They have one son and two grandchildren.

What initially began as a personal Bible/word study for Maryville’s Jonathan Wheatley ultimately became his latest and most time-consuming project — a 389-page book to help Bible scholars and the curious dig deeper into word origins of the Bible.

Christian Faith Publishers in Pennsylvania published “Unique Words of the King James Bible,” which now is available at Barnes and Noble, Amazon and other retail outlets online.

A native of England, Wheatley, 64, has lived in Maryville for 26 years and made his voyage to this country years earlier. He graduated from Open Bible College in Alabama before deciding to go back to school to earn a degree in business, which he did at Maryville College, the year after his son, Josh, also completed his college education there.

A job as a business manager at what was then TRW Koyo in Vonore is what initially brought this family to Maryville. Today, Wheatley is a consultant for TBM Consulting Group, traveling the county and also into Canada. Coronavirus has put a halt to that for now.

How it all began

“How the book came to be is very organic,” Wheatley explained. “I was going through a concordance for Bible study and seeing where words were showing up, and as importantly, seeing where they don’t show up. It began as a comparative analysis of why here and not there?”

From there, Wheatley — like a true business major — created a spreadsheet for his discoveries. He dug deep into the definition of unique words in the Bible, who spoke them and to whom and under what circumstances. His book now contains 199 of those interesting and curious words.

The author said when he did his first pass, he had amassed 216 unique words, but pared that down upon further scrutiny and sticking to his criteria for truly unique words. “There was nothing magical or superstitious on the number,” he said.

Any serious Bible student will have his or her concordance handy next to their Bible, Wheatley said. His book, he said, can be more of a reference to that.

“This will not be a book where people will sit around and have a Bible study with it,” the author said. “That is not the audience.”

The book is divided into 199 chapters, each unique word having its own. Wheatley gives readers the history of the word and how it arrived in the King James Bible.

The author dissects words like “addicted” and “purity.” He said addicted didn’t appear in any of the Bibles preceding the KJB. Other unique words dissected in Wheatley’s book include adoption, conformable, handwriting and liberality.

“There are about 22 or 23 words that I have only found in the KJB,” he explained. He said it was William Tyndale who introduced the word “beautiful.” It didn’t exist before 1526, Wheatley said.

Before the King James Bible

Bibles preceding the KJB include the Bishop’s Bible, Matthew Bible and William Tyndale’s Bible. A lot of the words we have in English originated with William Tyndale, Wheatley explained. He includes the spelling of the words that were used in the previous English bibles.

Tyndale’s was not a complete Bible. It was Miles Coverdale who supplemented Tyndale’s translation to produce the first complete printed Bible in English in 1535.

The Matthew Bible was first published in 1537 by John Rogers, under the pseudonym “Thomas Matthew.”

Wheatley’s interest in the Bible can be traced back to a difficult childhood, when his parents divorced and he came to this country. He said he was bitter over how things had turned out for him; he and his younger sister spent years in foster homes in England until they were able to come to the United States to live with their dad and his new wife. Their mother had abandoned them.

Wheatley said he looked around at others who seemed happy and carefree and wondered why he wasn’t. He said he found that peace and hope after making a profession of faith in God.

“That night I had the best sleep I’d had in years,” Wheatley said.

He reconciled with his mother after he came to this country. He preached her funeral when she passed away in 2015.

pastor for more than 20 years

In addition to his consulting job, this Bible scholar is also associate pastor of Grace Baptist Church in Etowah. He has been preaching there almost as long as he’s been in Maryville. He resides here with wife, Kim. They have a son and two grandchildren.

“I started filling in 23 years ago at the church and I still am,” he said. “It’s been one of my longest gigs.”

The process of researching and writing the book were enjoyed by this author, who is now working on another project. He didn’t, however, find joy in redoing some of his tedious work.

He used spellings of words that were used in the Bibles that came before KJB. Mistakenly, his publishing company left its auto correct on and changed what he would have to spend another month fixing.

“I learned from it but it was painful,” he said.

He is thrilled this project he began back in 2014 has come to fruition. Coronavirus isn’t through throwing him a curve ball, just like with the rest of us, however.

“I will be working a reduced schedule going forward in 2021 which will afford me the opportunity for more research, writing, preaching and teaching,” he said. “And more home time with my wife, Kim; son, Josh; and his wife, Laura, and our precious grandchildren, Elizabeth and Jude.”

Jonathan Wheatley has written a reference book for Bible students, "Unique Words of the King James Bible." It is now available online at places such as Barnes and Noble and Amazon.