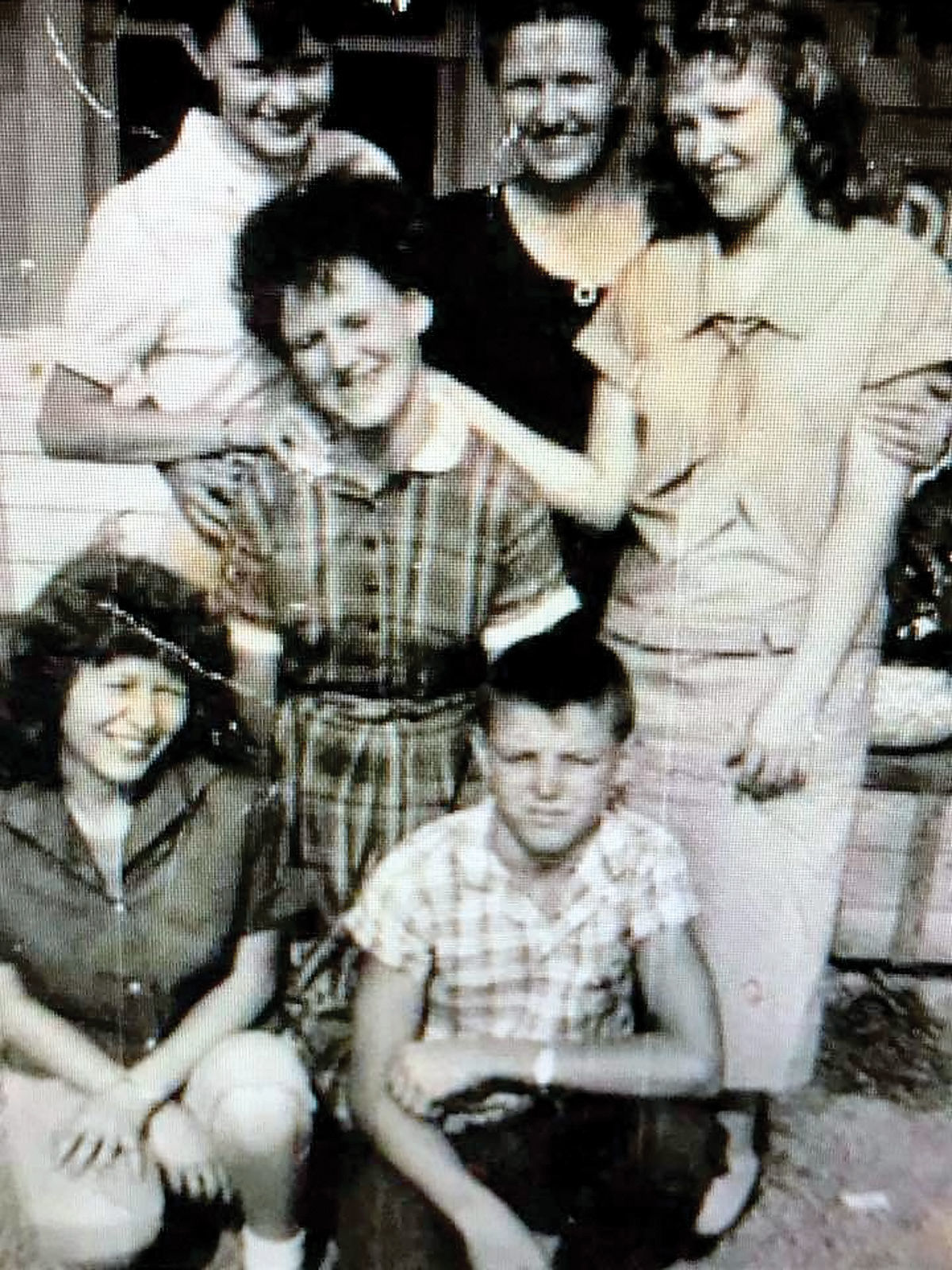 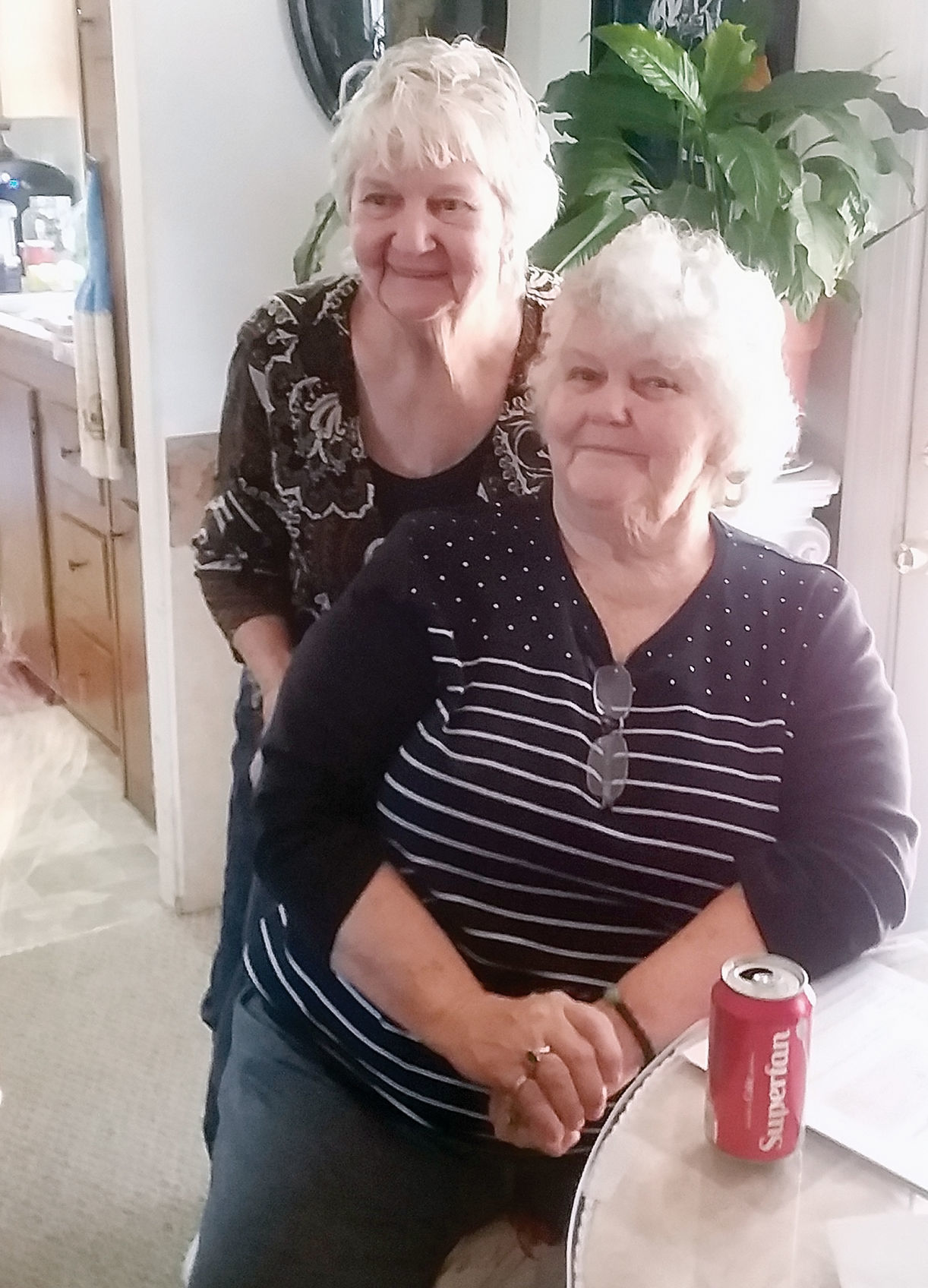 Barbara McGill (left) is shown with sister Claudia Mae Dent. Dent was given up for adoption just after being born in Maryville in 1946. The two have connected for the first time after 73 years. 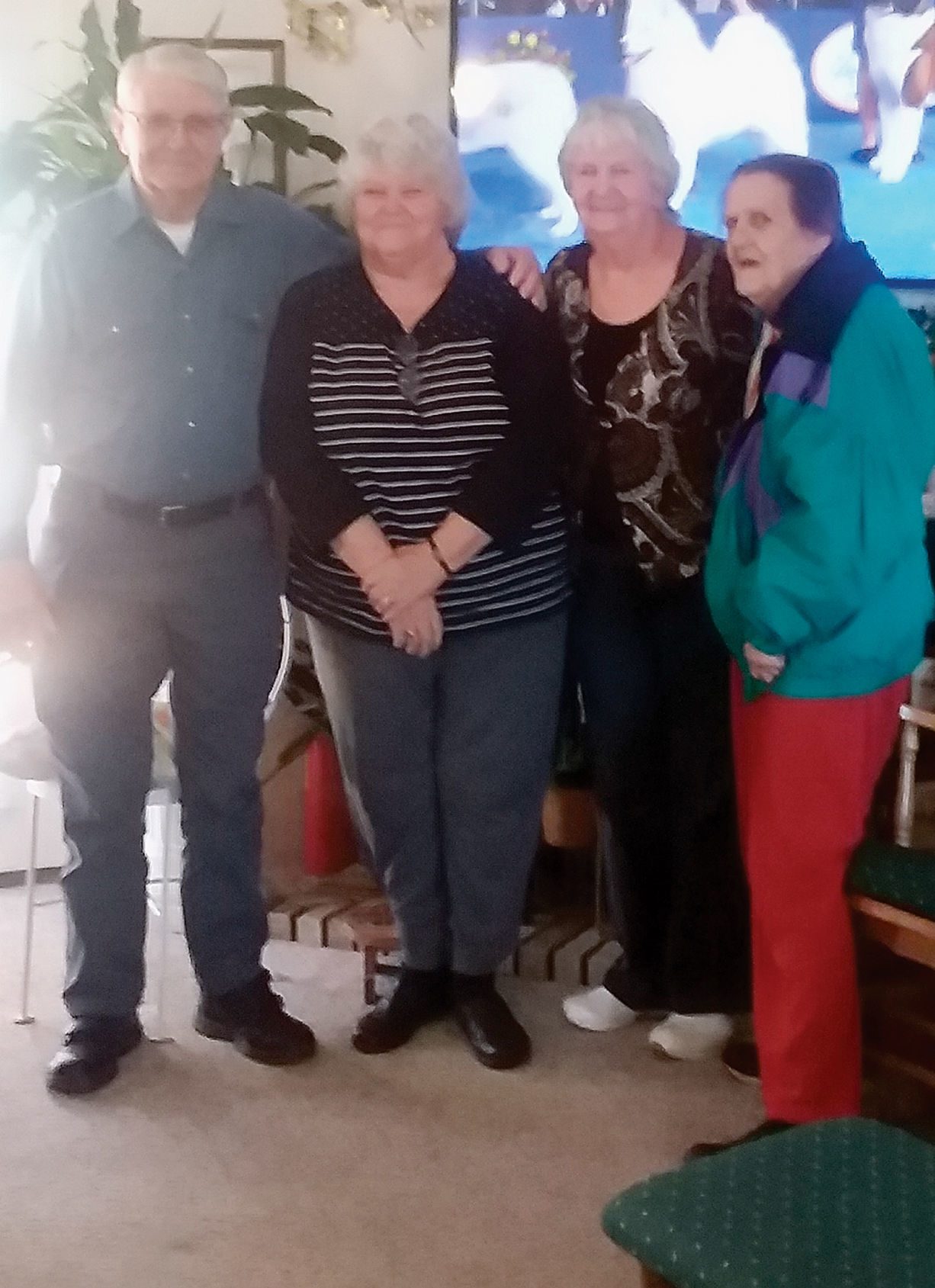 Barbara McGill (left) is shown with sister Claudia Mae Dent. Dent was given up for adoption just after being born in Maryville in 1946. The two have connected for the first time after 73 years.

Last week as Maryville’s Barbara McGill sat down with bowls of potato salad, coleslaw and other Thanksgiving fixings, she knew this would be a holiday like no other.

The food was fantastic as usual and her house was filled with 39 friends and family. But there was one who would be the focus of attention, albeit 73 years late to the table.

It was McGill’s baby sister, Claudia Mae Dent, who came for Thanksgiving on Thursday, making a 400-mile journey.

She was given up for adoption in the hospital in Maryville back in 1946. Dent’s biological mother, who is also McGill’s biological mother, gave Dent to the doctor who delivered her, both women said. The baby never met her four sisters and brother and ended up being raised in North Carolina, where she lives today, in Fairmont.

McGill is 74, and Dent, 73. McGill said she knew from a young age that she had a baby sister, but was never able to track her down.

Dent, likewise, said she knew she had other siblings but had little information to go on.

Fast forward to 2019 and the age of DNA testing. McGill said it was her son Jeff’s ex-mother-in-law who provided DNA from Jeff’s family to a website in hopes of learning more about his father’s side. Meanwhile, Dent said she had a chance encounter with a dear friend who started it all on her end.

She said she was on her way to run an errand in Lumberton, North Carolina, when she got a feeling she was supposed to stop and see a friend.

Dent said she kept telling herself she didn’t have time, but stopped anyway.

Her friend said he had something he had been meaning to tell her.

“He told me it might make me mad but he told my anyway,” Dent said.

The friend said he had been told his whole life that he and Dent were cousins. He encouraged her to get her DNA tested to find out for sure.

Because she did that and because her biological family had done the same, McGill and Dent came up matches.

As it turns out, Dent wasn’t related to that longtime friend. The huge revelation concerning the two sisters led to Dent receiving McGill’s phone number and making that memorable call.

“I am your baby sister,” Dent remembers telling McGill that day. She got so excited thinking about the opportunity of meeting her long-lost family that in just a few days she was on the doorstep for her first eye-to-eye visit. Dent spent only one day in Maryville but promised to be back a few weeks later for Thanksgiving.

Sisters in every sense

So McGill never met Dent until a few weeks ago. They can’t deny sisterhood. These two have an uncanny resemblance. They were both raised on farms. Both prayed for decades for this to happen. And when their kids would misbehave, these mothers would call them by their full names, getting their attention.

Prudy Harrison died a few years ago. She found Dent when she was 6, living with her adoptive family. Harrison was told to never come back. McGill said she talked a lot about the daughter she gave up and was never able to reconnect with. Dent and McGill’s biological dad died decades ago.

Dent said she cried herself to sleep many nights as a young person.

“I didn’t understand why she would give up only one of her children and that child was me,” Dent said. But McGill said she wasn’t raised by Harrison either but by her great-aunt and great-uncle, Effie May and Albert Wilburn.

“I called them mom and dad,” McGill said. “I called my biological mom ‘mother.’”

These families have swapped stories and photos. Dent said she has now met her brother, Bobby Goforth, and sister, Billie Goforth. She has two more sisters, Velma Harmon and Wanda Woods. Family members came in from Georgia for this most special Thanksgiving.

Dent was first adopted by Dr. John Claude and Effie Mae Lee McCoy and then by Effie Mae’s sister, Alma, and husband, Greg Haynes. Dent said she grew up surrounded by love and is grateful for her adoptive family.

McGill, likewise said she was lucky to have been raised by her great-aunt and great-uncle. “The love that I have for other people is because of them,” McGill said.

These two sisters said they instantly connected, like two peas in a pod, Dent said. She said she became impatient as she navigated the legal system to get her sealed birth certificate unsealed to start this journey. She was asked by one state employee why she was in such a hurry.

“I have waited for 73 years to find my biological mother and father and my siblings,” she said she told them.

The $150 fee to get that information unsealed was worth every cent, she will tell you.

They have a lot of catching up to do. They’ve made a great start. A family reunion is in the works for summer.

As for that very first meeting of these two, it was in the parking lot at Alcoa High School. Dent lost her way and McGill came to lead her home.

“It was the warmest welcome I’ve ever known,” Dent said.