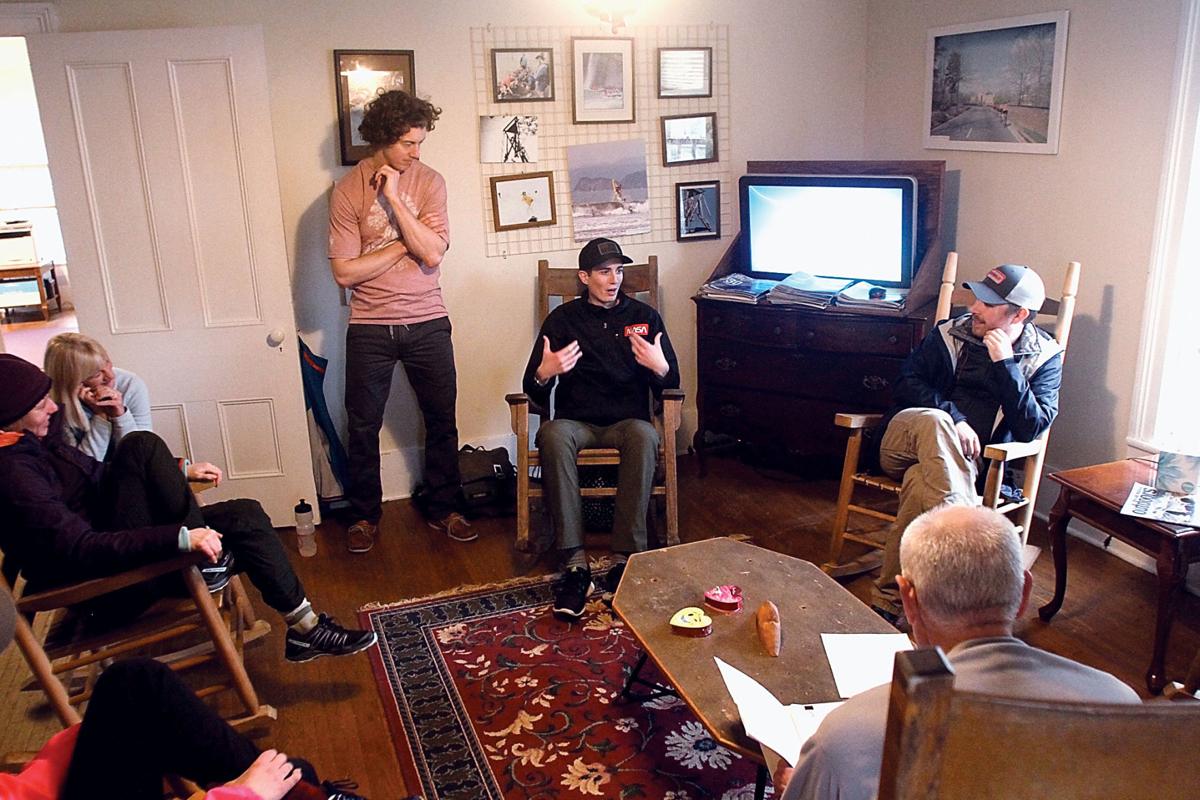 Ten bicyclists at Maryville College’s Crawford House go over details before leaving on a 330-mile spring break bike ride from Rockbridge, Va., to Corryton, the same route taken 218 years ago by the family of Maryville College founder the Rev. Isaac Anderson. 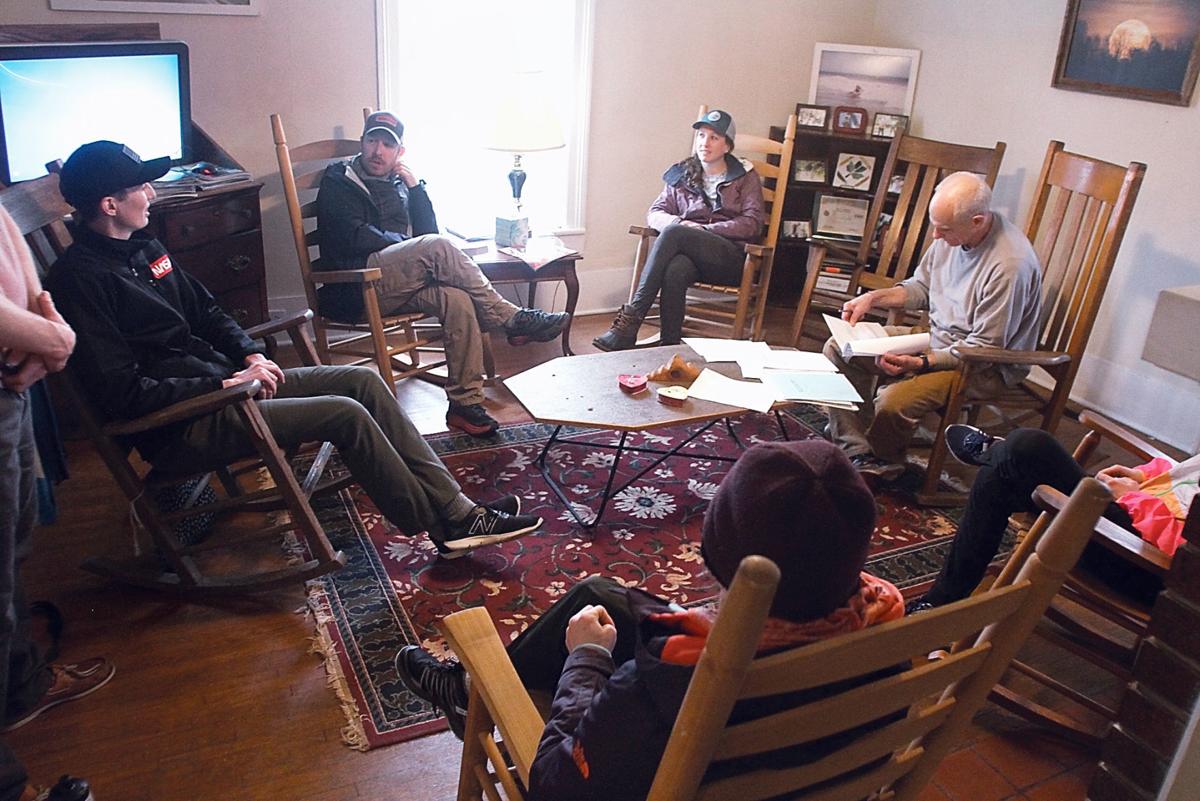 Bicyclists at Maryville College's Crawford House go over details before leaving on a 330 mile spring break bike ride from Rockbridge, Virginia to Knox County Tennessee that will end in Corryton, the same route taken 218 years ago by the family of Maryville College founder Rev. Isaac Anderson. 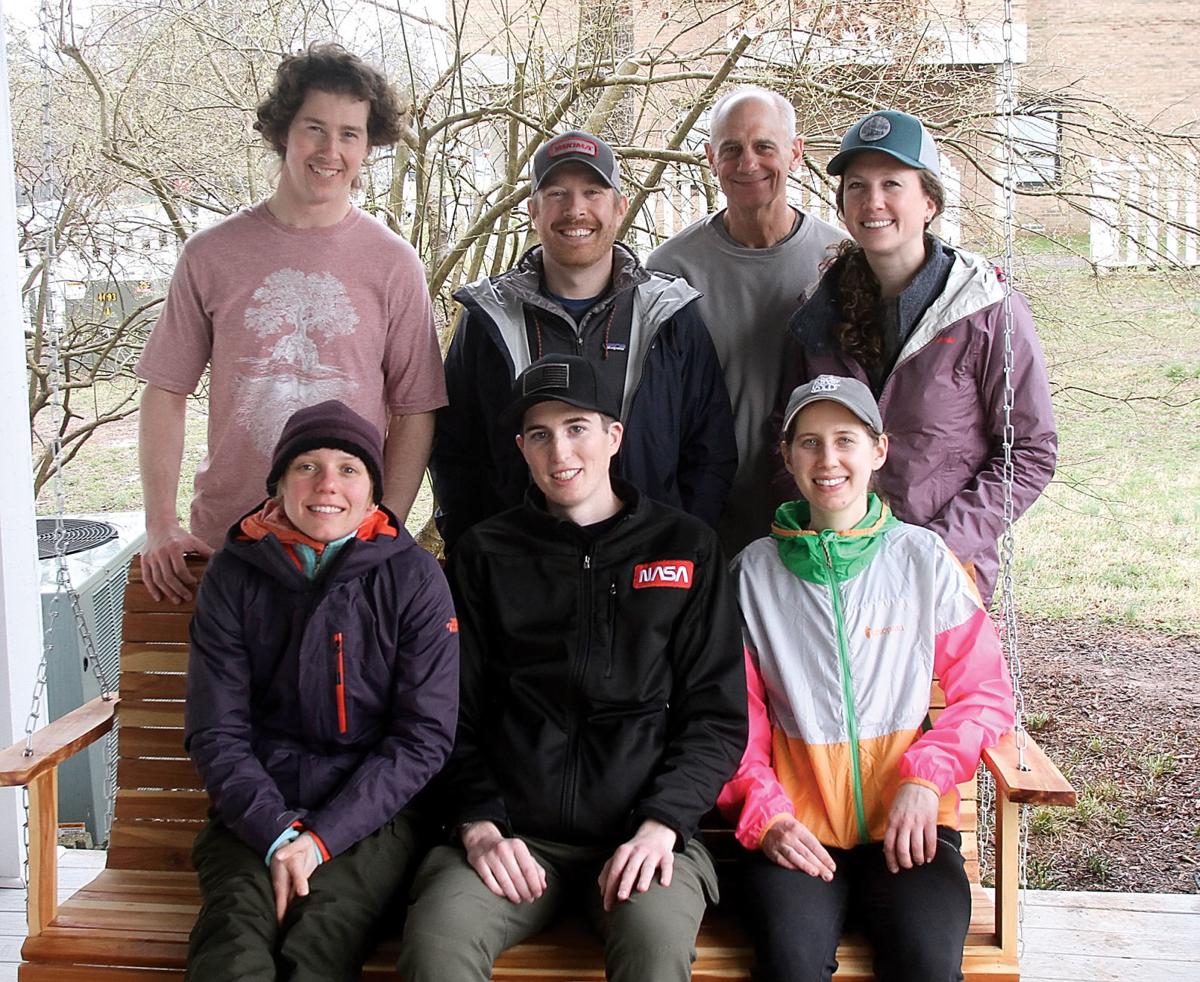 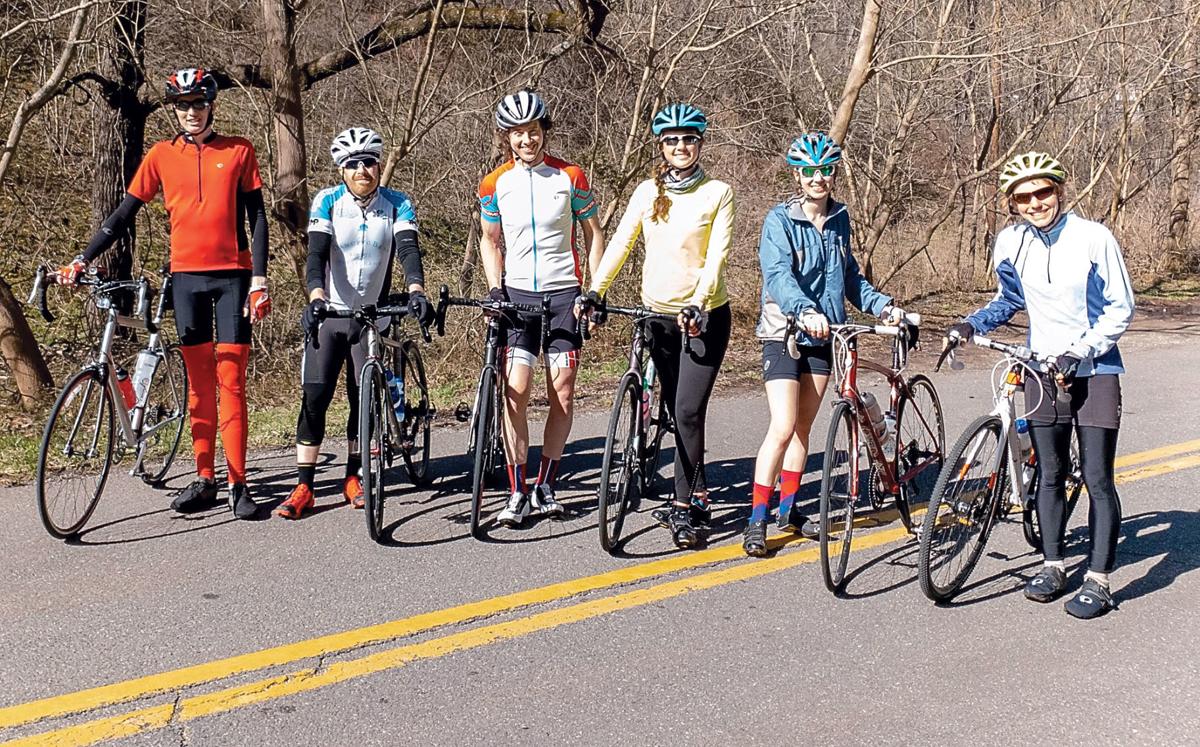 Ten bicyclists at Maryville College’s Crawford House go over details before leaving on a 330-mile spring break bike ride from Rockbridge, Va., to Corryton, the same route taken 218 years ago by the family of Maryville College founder the Rev. Isaac Anderson.

Bicyclists at Maryville College's Crawford House go over details before leaving on a 330 mile spring break bike ride from Rockbridge, Virginia to Knox County Tennessee that will end in Corryton, the same route taken 218 years ago by the family of Maryville College founder Rev. Isaac Anderson.

It’s already Day 4 of a six-day bicycle ride that for its seven riders means nights sleeping on church floors and partaking of whatever dishes the locals prepare.

The annual trip is part of spring break for Maryville College, and on board for 330 miles on two wheels are MC staff and alumni. This is Year 28, and in all previous years, there have been current MC students on the trek; not this year.

The route is Rockbridge County in Virginia to Corryton. That choice of destinations might seem unusual until you understand why. The cyclists are taking the same route taken by MC founder Isaac Anderson 218 years ago when he accompanied his family in a western migration at the age of 21. He wasn’t on a bike, but instead crossed the mountains with a caravan of cattle and wagons.

Organizers said it’s a fitting tribute in celebration of the bicentennial of the college.

Bruce Guillaume, the founder of MC’s Mountain Challenge, prepped the riders on where they would be staying. Rides involve pedaling between 25 and 65 miles daily.

The topics of conversation were showers and a place to lay their heads as the bicyclists geared up for the voyage. Bruce Guillaume said at one stop, the accommodations are “a concrete floor and a microwave.”

It just depends on the community and what’s available, the challenger founder said. At another stop, the town of Buchanan, Va., the riders were promised an almost-royal treatment, with dinner and a movie, a tour of the town and a bacon-and-egg breakfast the next day before cranking out more miles.

While no MC students are on this adventure, there are three college students. Emily Guilluame is attending Indiana State University and brought two fellow students with her, Rice and Bauer. Friday was Bauer’s first day in Maryville, he said. It was a short visit before loading the van and heading east.

Woolfolk, an MC graduate, said her first spring break bike challenge back in 2011 was certainly memorable.

She made it through, although fellow riders on that trip remember her stopping her bike at exactly 100 miles and asking for the van to come pick her up.

For Bauer, the biggest challenge on this particular ride is the back-to-back long rides. He said he’s got experience on the bike, just not as many days in succession.

Then arriving at the day’s destination to sleep on the floor gives a reason for concern. Aching legs, backs and necks will demand attention. Not to worry, said Davidson, who promised that after these long ride days, they all will sleep fine.

He said his most memorable MC spring break rides have been ones where they powered across the state of Tennessee. “Tennessee is a beautiful state,” he explained, but it was more than the scenery that made the trip so unforgettable.

“We established a good relationship with churches along the way,” Davidson said. “Those connections of meeting the same people again and them welcoming us back was so great. The destination wasn’t the beach, it was meeting those people. I liked that trip.”

The Mountain Challenge bicyclists traveled 400 miles, the longest the spring breakers have ridden.

The novelty of it all

Bruce Guillaume has been on all but two of the trips. His daughter, Emily, has been on a dozen or so. She said her first one was at the age of 5. She rode behind her parents with an attachment.

“I loved the attention I got,” she said. “I was 5 years old and hanging out with a bunch of college kids. I was the novel thing. I think I am still the youngest person on this trip.”

The original idea behind the MC spring break escapade was taking a group somewhere other than the beach and to make the trip more about the journey than the destination, Bruce Guillaume said.

Previous trips over the years have included the beach towns of Charleston, S.C., Grayton Beach, Fla., and Tybee Island, Ga. In the trail mix were rides from Maryville to Memphis.

The other goal was getting out and seeing the country via small towns. The seasoned riders can tell lots of stories about the people they’ve met, the towns where they stayed and the hospitality that can’t be beaten.

People in coffee shops buy them doughnuts or coffee or offer them protein bars. Strangers want to pay for their dinner or gas for the van.

“It just restores your faith in humanity,” said Wendy Guillaume, Bruce’s wife and Emily’s mother. Wendy has been on most of the rides but didn’t sign up for the current one.

It was raining Friday morning as the MC group prepared to take off. Steeves said he’s been on enough rides to expect any kind of weather. It’s March, after all, he said.

You can be in below-freezing temperatures or it can be in the 70s, he said. A recent trip to Alabama was one of the hotter times, he added. While out on the roads, the cyclists have battled snow, sleet and rain over the years, Bruce Guillaume said.

“The human element, I think is what keeps us going back,” Woolfolk explained.

When the MC representatives arrive at their destination in Corryton, they will be recognized with a special ceremony. The cyclists will arrive at Washington Presbyterian Church, which is where Anderson was ordained as minister in the Presbyterian Church in 1802. He served as the church’s first minister.

From there, the riders will load the van for home.

In the end, there won’t be an update on who finished first since the Mountain Challenge isn’t a race. There are hundreds of timed events all over the world. The MC challenge isn’t about that, Davidson and the others said. This ride kickstarts the bike season and gets your body awake, Davidson said.

It also brings the sport to a low-key, affordable status for all of the cyclists, who just want the experience to meet people whom they otherwise wouldn’t have met and make memories they will share with future generations. It never gets old, Bruce Guillaume said. He wishes more young people would give it a try. He said this adventure is simply tourism on a bicycle. “I think we are starting to see the front edge of kids who grew up inside and in front of screens instead of outside,” he said.