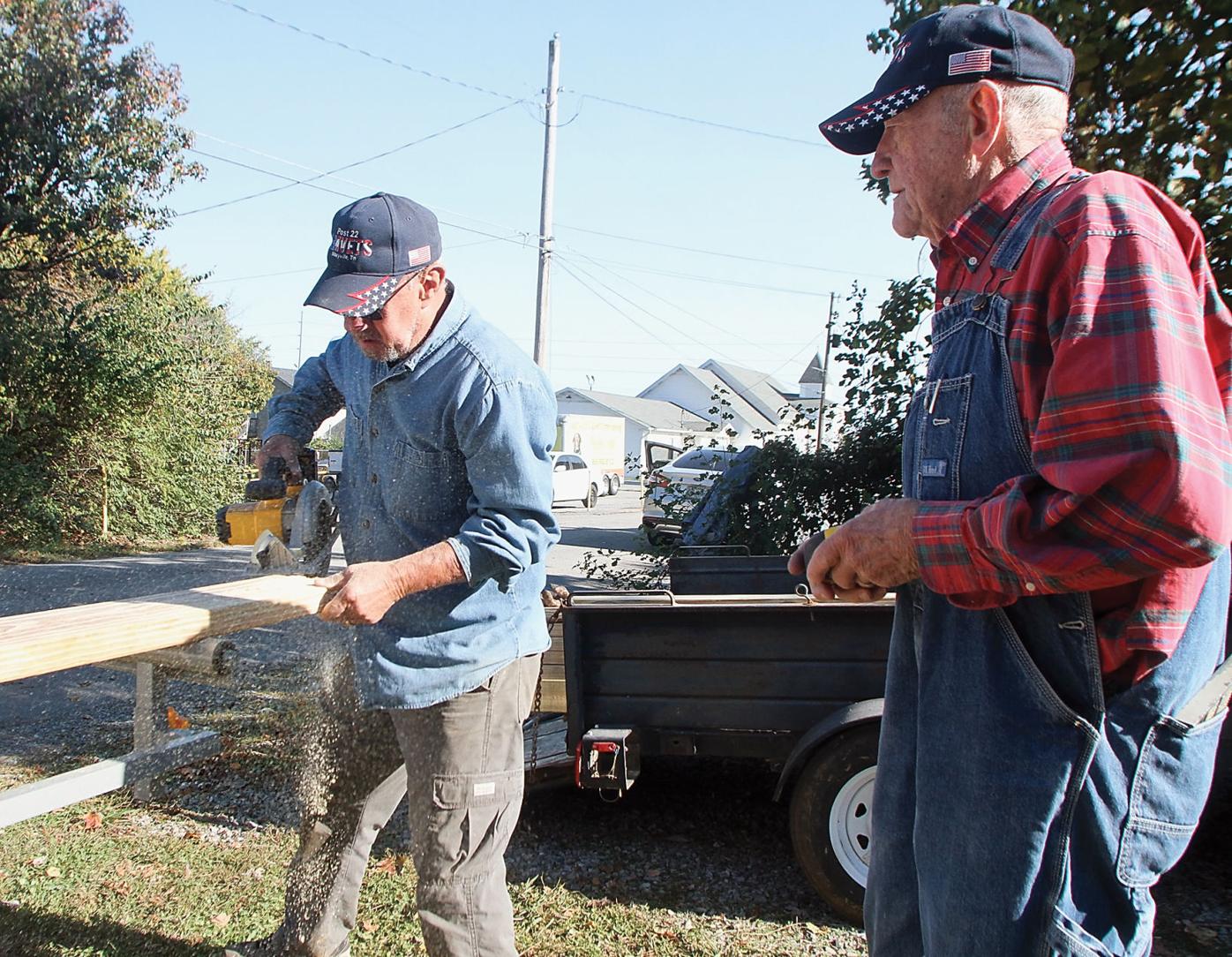 Butch Adams saws a 2x4 to size for a ramp AMVETS Post 22 replaced for a veteran on Pinedale Street. The project took about nine hours. 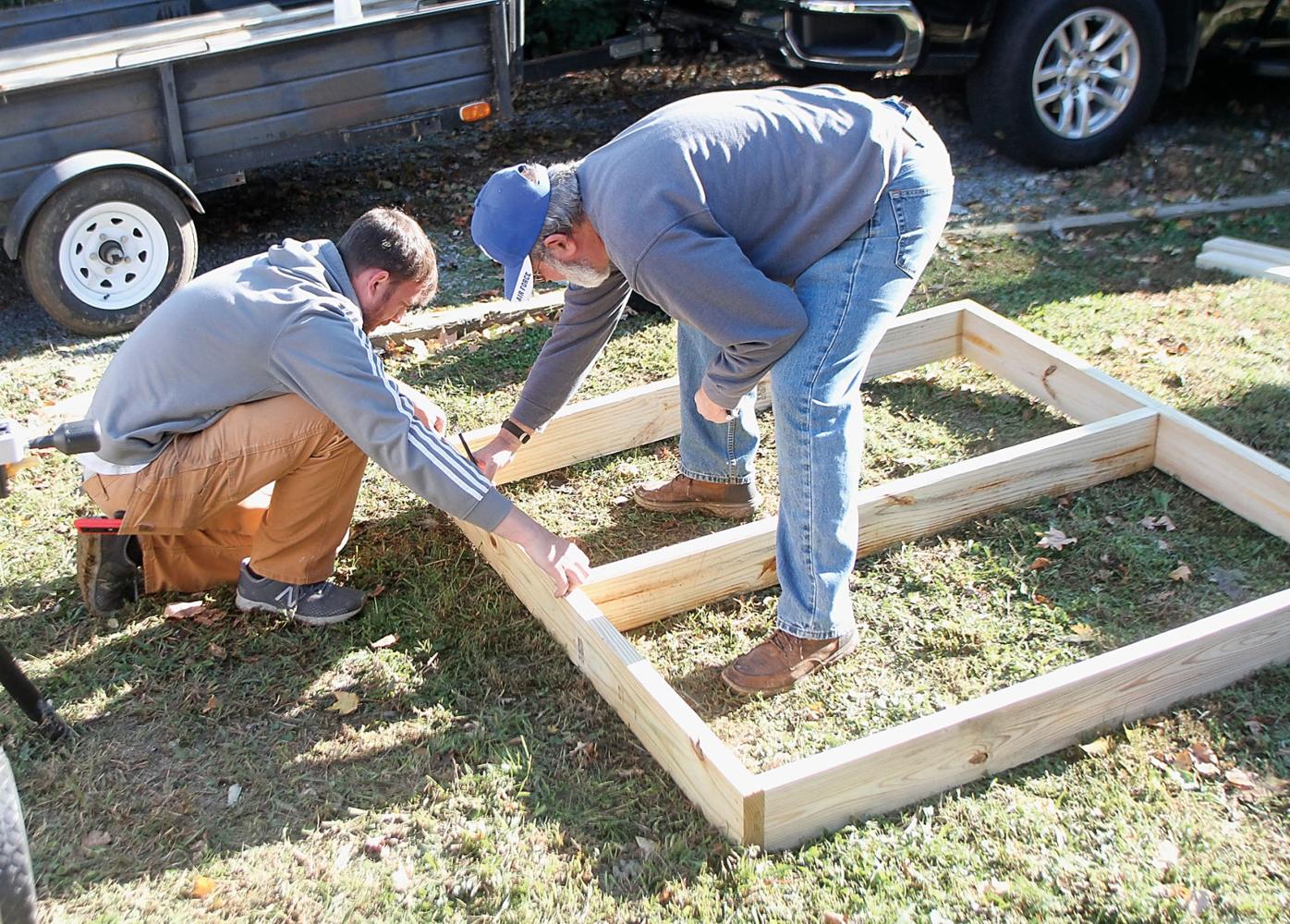 Tommy Vaughn (left) and Greg Walton prepare a section of framing for the ramp being replaced for a veteran on Pinedale Street. Vaughn and Walton are members of AMVETS Post 22 in Maryville. 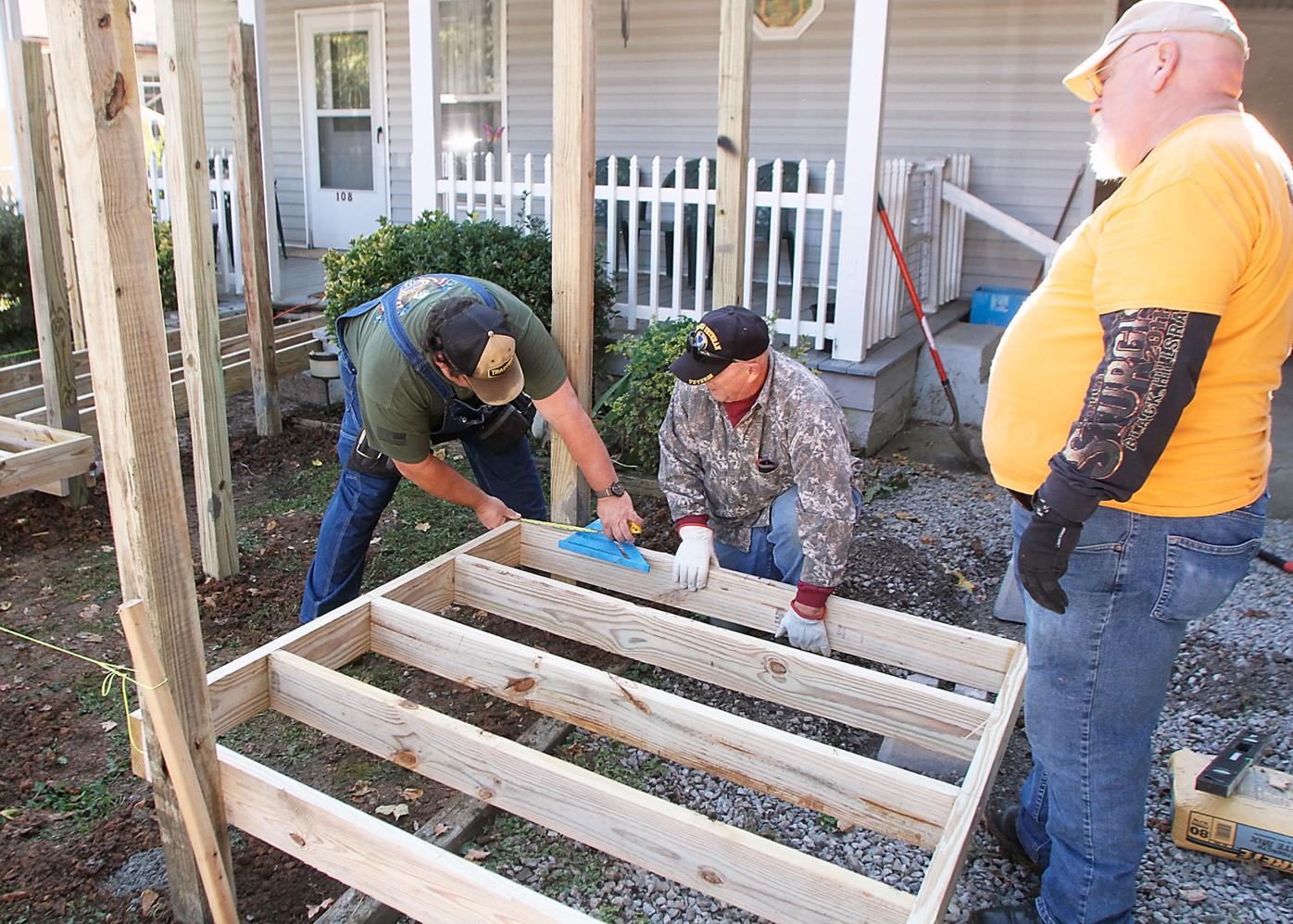 Joe Rainwater (from left), Danny Breeden and Tom Green level a section of a ramp they are rebuilding for a veteran on Pinedale Street. 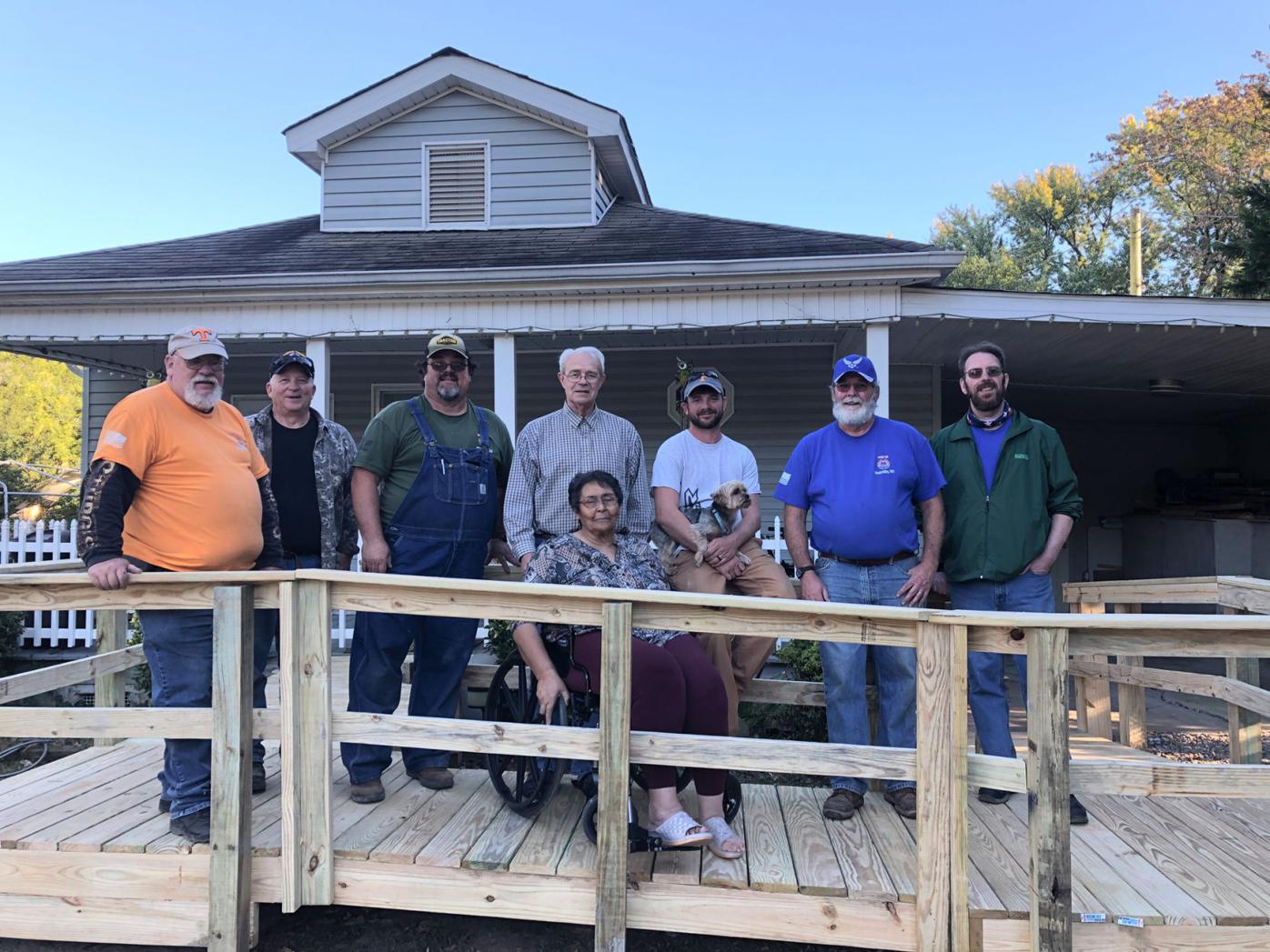 Butch Adams saws a 2x4 to size for a ramp AMVETS Post 22 replaced for a veteran on Pinedale Street. The project took about nine hours.

Tommy Vaughn (left) and Greg Walton prepare a section of framing for the ramp being replaced for a veteran on Pinedale Street. Vaughn and Walton are members of AMVETS Post 22 in Maryville.

Joe Rainwater (from left), Danny Breeden and Tom Green level a section of a ramp they are rebuilding for a veteran on Pinedale Street.

Members of AMVETS Post 22 in Maryville worked for hours last week to help a senior couple be able to stay in their own home by constructing them a handicapped-accessible ramp.

Tom Green, Dan Breeden, Joe Rainwater, Tom Vaughn, Greg Walton, Butch Adams and Michael Meredith, all either current or former military servicemen, arrived at the home of Ed and Cornelia Verkem early Oct. 17 on Pinedale Street. They had been contacted by a local church about the needs of this older couple who had served in the military themselves. One was in the Army, the other in the Navy. They met while serving their country.

Walton, who served in the Air Force for 40 years, said this team spent nine hours building the ramp. Cornelia had surgery recently and is in a wheelchair. She was using a homemade ramp made from plywood to enter and leave her Maryville home.

“It was a veterans-helping-veterans thing,” Walton said. He said they started from scratch that morning and worked continuously throughout the day.

Green, one of the post’s founders, was on-site as well. He said it took four people to help Cornelia up that makeshift ramp. When the AMVETS were done building the brand new one, she could maneuver on her own, he said.

The ramp is 18 feet long and was built into a U-shape to curve around to the carport, Green said.

After drawing up the plans, these workers estimated the cost of the materials at close to $2,000. But after Green talked to a Lowe’s manager and explained what they were doing, the store donated the materials.

“We were just blown away,” Green said.

The Verkems also needed a handicapped-accessible shower, which a church agreed to provide.

The AMVETS Post 22 members participate in projects like this across Blount County. Green said they have probably built at least six or seven other ramps for other veterans. A couple of years ago, they also replaced two roofs that had been damaged by a storm. Two bathrooms were updated for veterans.

This post has about 175 members who meet once a month. Green said they also have installed flagpoles for Carpenter’s Middle School, Clover Hill Assisted Living and the Heritage High School soccer field. The Sons of AMVETS has partnered alongside for these work days.

Walton and Green teamed up recently to hand out 9,000 pocket U.S. Constitutions to eight graders from Blount, Loudon, Monroe, Sevier and Knox counties.

“We hit up every eighth grader we could find,” Green said. “That included private schools, too.”

Now that the holidays are fast approaching, AMVETS Post 22 will be hard at work on another mission — to provide Thanksgiving meals to Blount veterans. Green said they buy everything a Thanksgiving meal should include: turkeys, stuffing, green beans and more. The veterans receiving the meals can either pick them up or have them delivered.

At Christmas, members work with Empty Pantry Fund to provide Christmas meals to veterans in need, Green said. The AMVETS make a donation to the charity each year and also have helped pack the boxes.

Green said he likes that his post keeps busy. He said anyone with military service, past or present, is welcome into the AMVETS, as long as former members have an honorable discharge. Current guard members and those serving in all branches of the military are invited to join.

Walton served 20 years in the Air Force and 20 more in civil service with the Air Force. He moved here from California two years ago after retirement. His wife has family in Tennessee. He said he’s glad to be here and thankful to be able to help veterans in need.

Post 22 is in the former clubhouse at Royal Oaks Country Club in Maryville. It’s official name is the Michael Ferschke Jr. AMVETS Post 22, in honor of a fallen hero from the area.