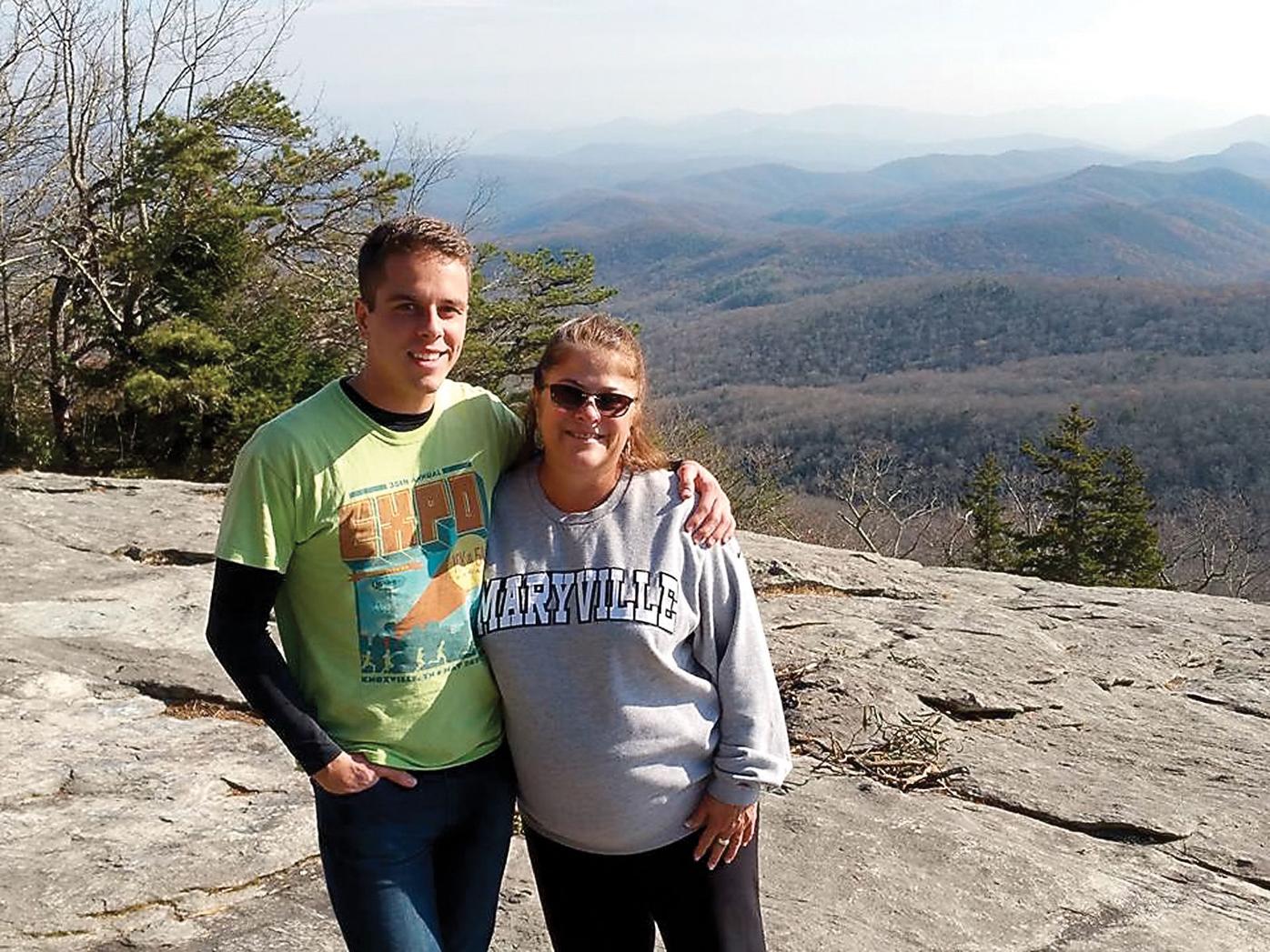 Troy Galyon and mom Maelea Galyon are pictured on a recent outing. 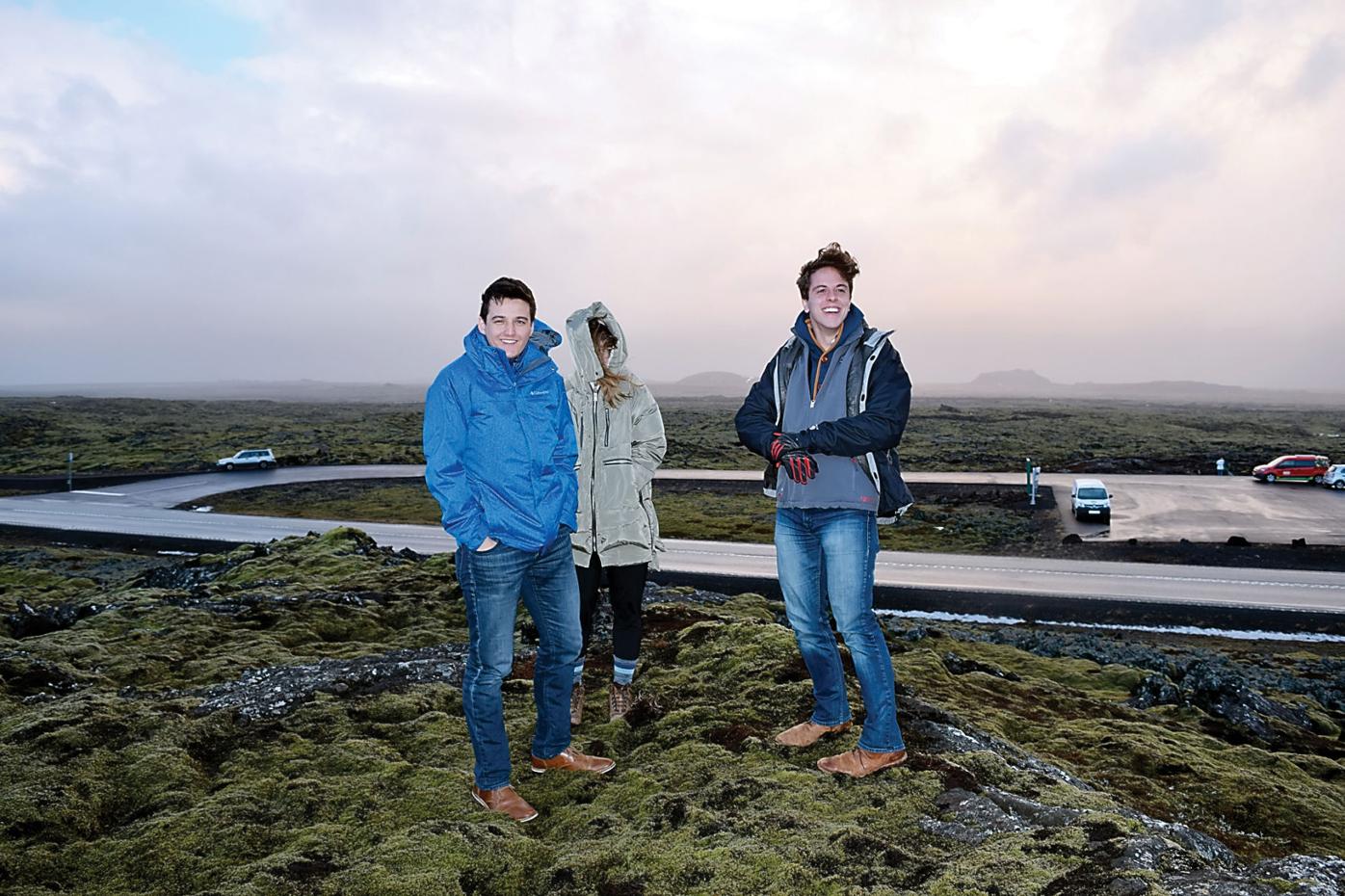 Troy Galyon hangs out with a couple of friends, Devin Finch and Cori Clark, in Iceland. 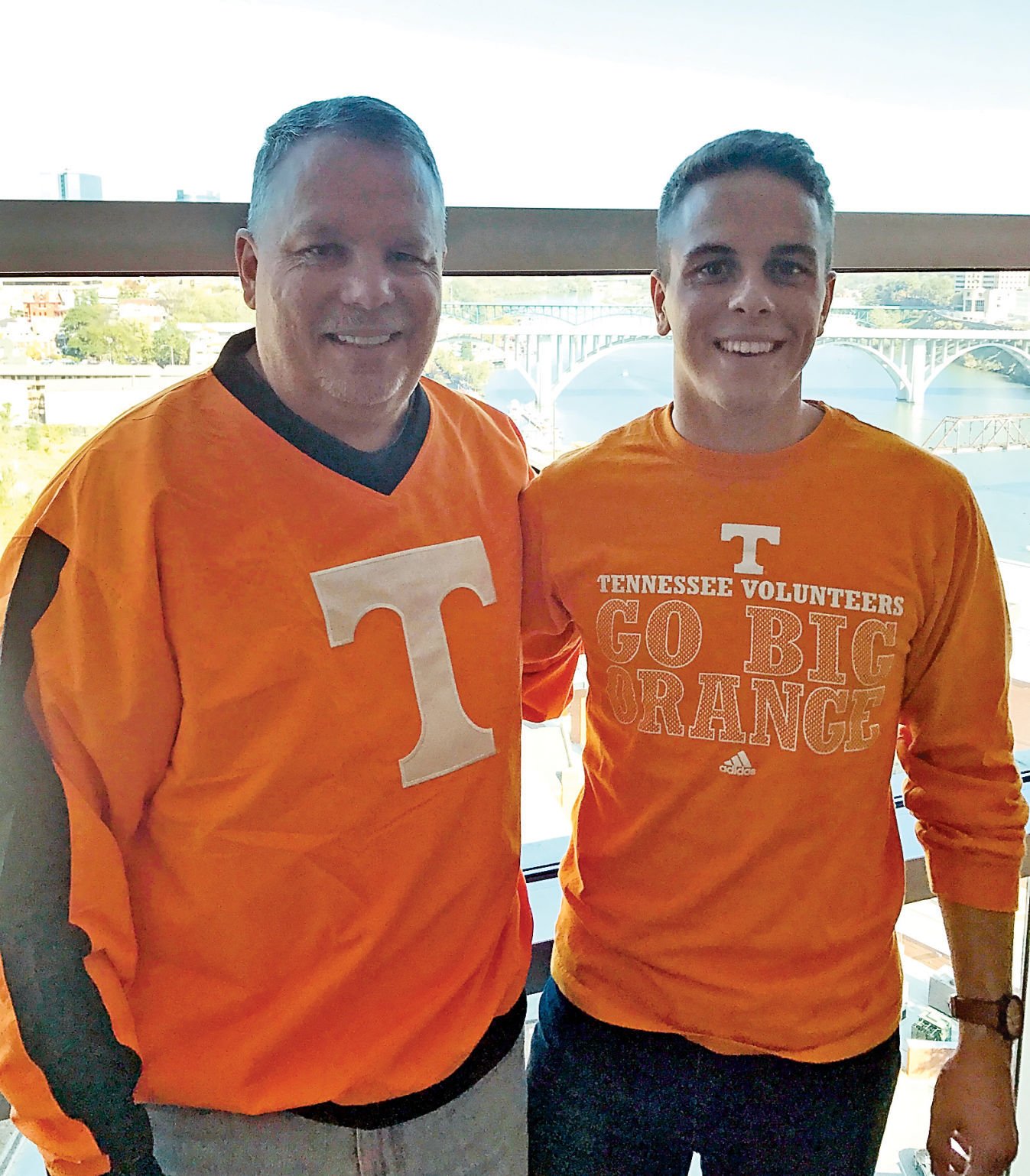 Former Principal Danny Galyon (left) stands with his son before Troy began hiking the Appalachian Trail this year to raise awareness of esophageal cancer. Galyon was diagnosed with Stage 4 cancer in October 2016 and died Friday.

Troy Galyon and mom Maelea Galyon are pictured on a recent outing.

Troy Galyon hangs out with a couple of friends, Devin Finch and Cori Clark, in Iceland.

Former Principal Danny Galyon (left) stands with his son before Troy began hiking the Appalachian Trail this year to raise awareness of esophageal cancer. Galyon was diagnosed with Stage 4 cancer in October 2016 and died Friday.

Two-thousand, two-hundred miles is a really long way, even in some good walking shoes.

Ask anybody who has thru-hiked the Appalachian Trail, which runs from Maine to Georgia. It takes months. Weather extremes can mess with your schedule and injuries may happen in the process.

But if you’re 22 and have the motivating factor of a dad who has cancer, hopefully those 2,200 miles will end in victory.

That’s the plan for Troy Nelson Galyon, a senior at the University of Tennessee at Knoxville. He will receive his degree in economics with a minor in international business on May 13. The next day his parents, Danny Galyon and Maelea Galyon, will drive him to Georgia; May 15 will start this ultimate challenge.

Troy, a 2013 graduate of Maryville High School, has made it his focus to raise money for cancer research and also awareness as he navigates the hills and rocky terrain.

His dad, Danny Galyon, just 53, was diagnosed back in October with Stage 4 esophageal cancer.

He’s being treated here at home at Blount Memorial Hospital. Danny has undergone two chemotherapy rounds and is in his third. He’s also taken radiation.

The elder Galyon is an employee of Blount County Schools and has been since 1988.

His latest assignment was as principal at the alternative school.

He has taken time off.

Ready to do this

“I hike maybe once a month,” Troy said. “I am not a huge hiker but I am a big runner. I’ve run since middle school so I think I am prepared for the physical endurance.”

For him, like many others, the mental game may be the toughest. He will start out a solo hiker, later in the year than most would; hence he expects to be alone much of the time.

“Most people do go it alone,” he said. “But, you meet other hikers and I know I will be able to do that at some point.”

When Danny Galyon was first diagnosed, doctors thought they might be able to do surgery, but Troy said the cancer had spread to his dad’s liver so that wasn’t an option. However, Danny has responded well to his chemo treatments and will be evaluated in a few weeks.

At first Troy said he didn’t tell his dad why he wanted to hike the AT.

He got the typical response at first.

“You need to get a job,” Troy said his dad told him. “I don’t think you need to be hiking the Appalachian Trail.”

It was only a couple of weeks ago that Troy revealed his motivation. He said his dad then saw it differently.

“I am very humble and grateful,” Danny said when asked about this show of love from his son. “No one has ever given me a gift quite like that in my life.”

Danny said his son is very gifted and very strong. He got his pilot’s license when he was only 18 and ran his first marathon at 22.

This dad said he used to tell Troy he would give him 10 cents for every lap he would run around the house. “He would never get a dollar from me,” Danny said.

Jut days away from putting one foot in front of the other for 2,200 miles, Danny said he might just make that offer again.

Troy’s mother, Maelea, is also standing proudly by her son, offering her support. Both parents are educators. Danny said he’s worked with a lot of youth, but there is something uniquely different about Troy.

“He has a perspective that you don’t see in a lot of 22-year-olds,” this dad said. “And that is to try and help people.”

Friends and family have come alongside Troy to provide much love and support. He said anytime he feels like giving up, he only has to remember why he’s on that trail in the first place.

“My dad has been strong in treatments and he keeps going because there is no other choice for him,” Troy said. “He can’t give up, so I can’t either.”

When asked what he will do after the adventure, Troy said he hasn’t made any definite plans. He will certainly come back to Blount County to be near his dad. After that, he might be moving to London to work.

He is a Global Leadership Scholar in the Haslam College of Business at UT. He has been a member of the UT Running Club and served as a resident assistant at Morrill Hall.

As he walks, Troy will share his dad’s story. He also has asked that people who want to show support, donate to the MD Anderson Cancer Center in Texas.

He chose this center because it is ranked nationally for its cancer research.

His goal is a lofty one — to complete the AT in 100 days. That’s an average of 22 miles per day. Troy said part of the trail, in Maine, closes on Oct. 15, leaving him exactly five months to complete the journey.

“I think I can make it,” he said. “I am doing this for my dad and for this cause so I definitely think I can do it.”

In these weeks before he leaves, Troy has been in touch with other hikers who have conquered the trail. He said he has taken advice from each of them. The best advice, however, has to do with how he counts up the miles.

“The best advice is don’t think about what’s left of the hike, just think about all you’ve already accomplished,” Troy said.

“Otherwise you will have hiked 200 miles and only think about the 2000 more to go. Just be proud of that 200 and keep walking.”

Blount County's Troy Galyon will begin his 2,200-mile journey along the Appalachian Trail on May 15. He will post on his Facebook page Beat Cancer - A Hike Along the AT. It can also be reached by typing @beatcancer2200.