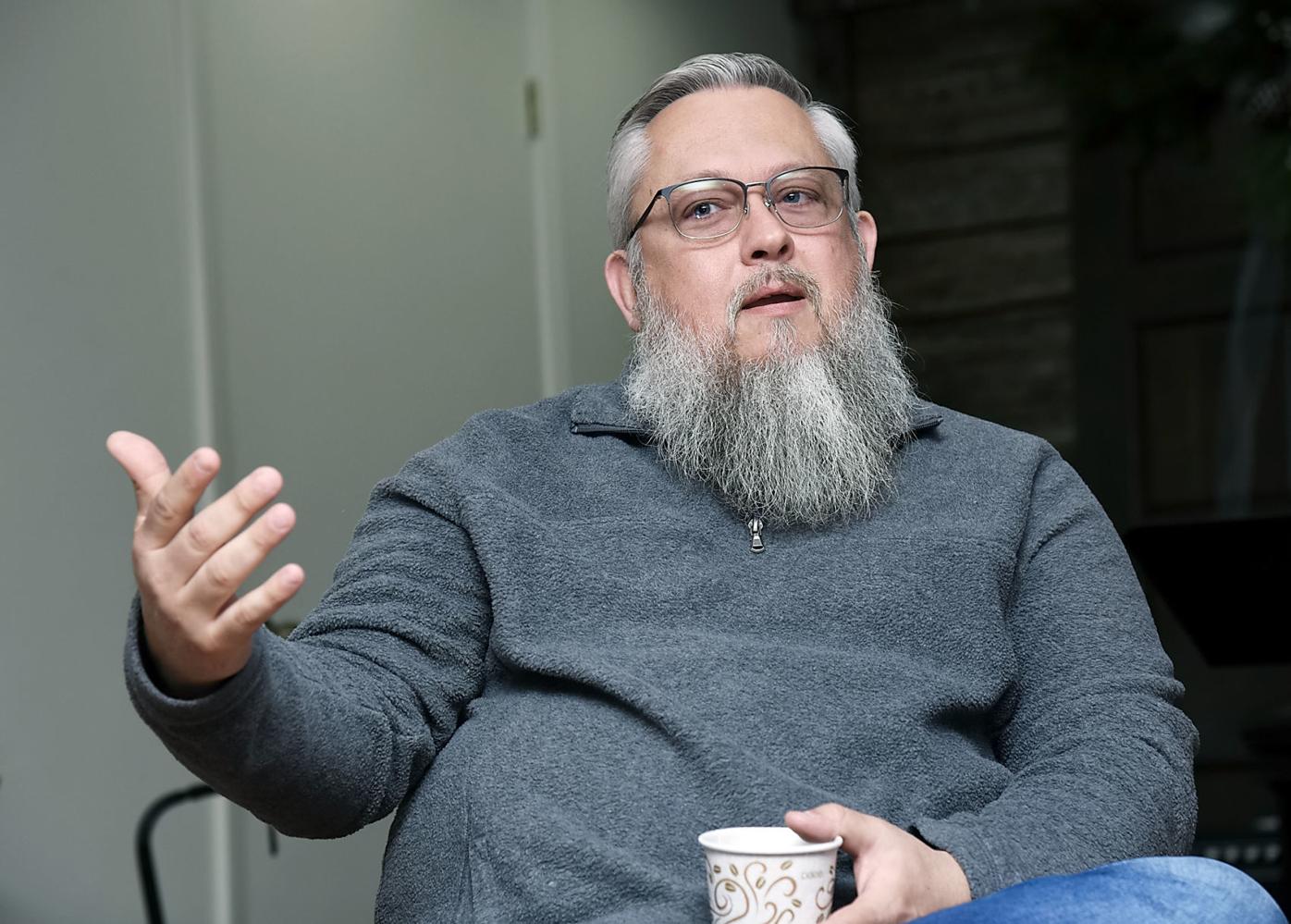 Michael Brewer, senior leader of The Well church in Alcoa, explains his position on offering religious services during the COVID-19 crisis. 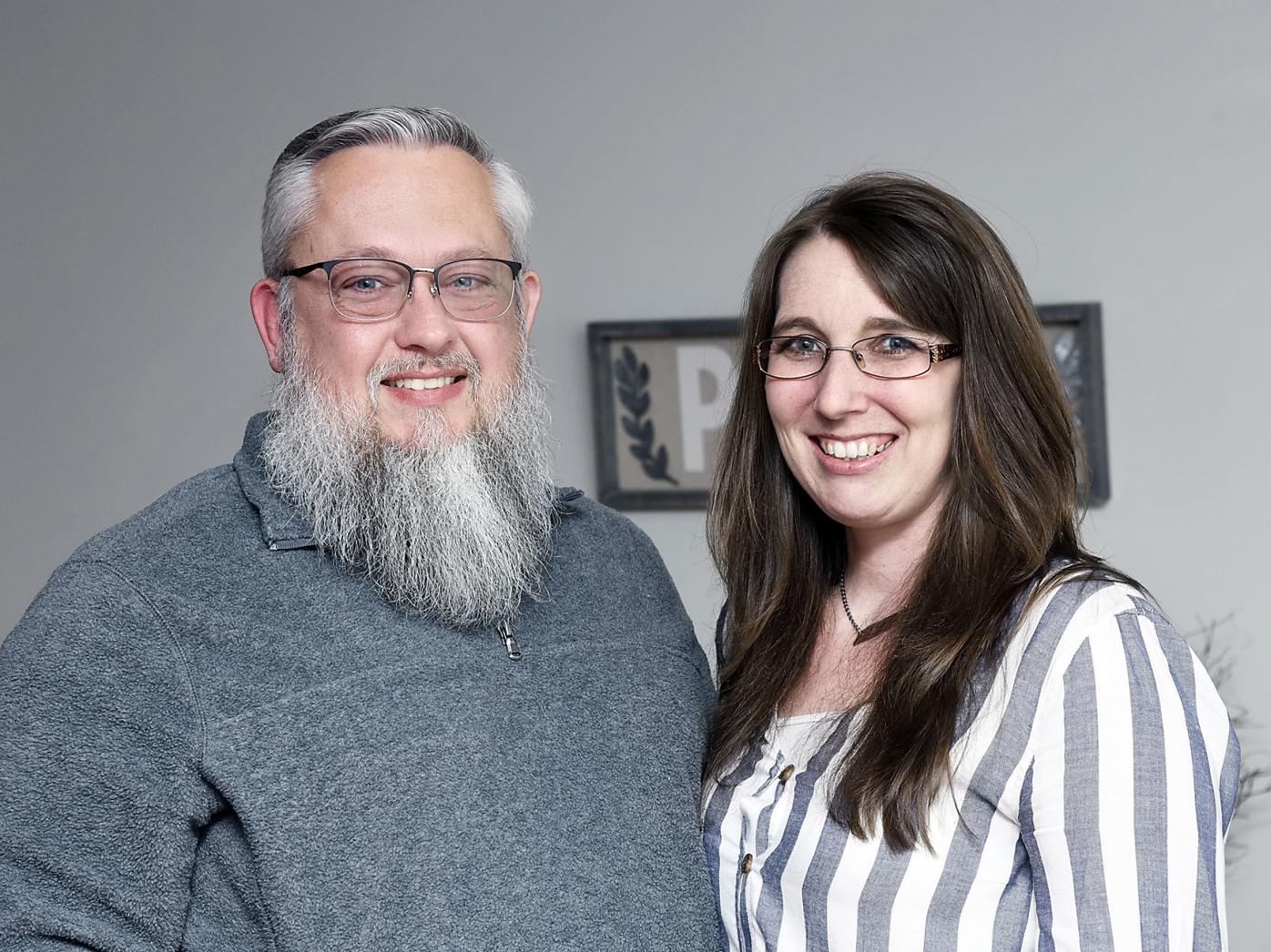 Michael and Andrea Brewer stand in The Well where they continue to offer services to their congregation. The church opened its doors in Alcoa in 2018. These two started out as missionaries to Haiti in 2010. 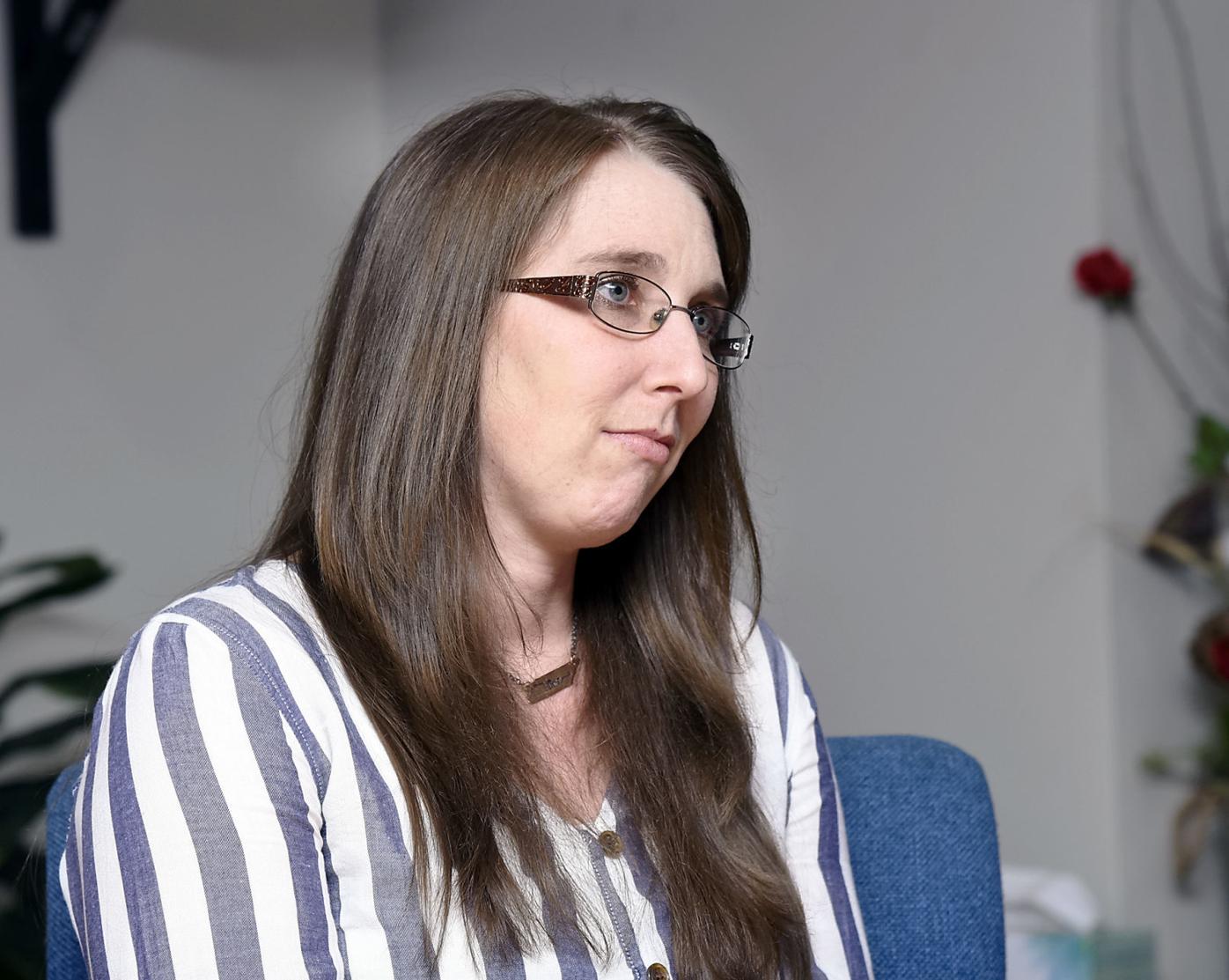 Andrea Brewer talks about her faith in the midst of this pandemic. 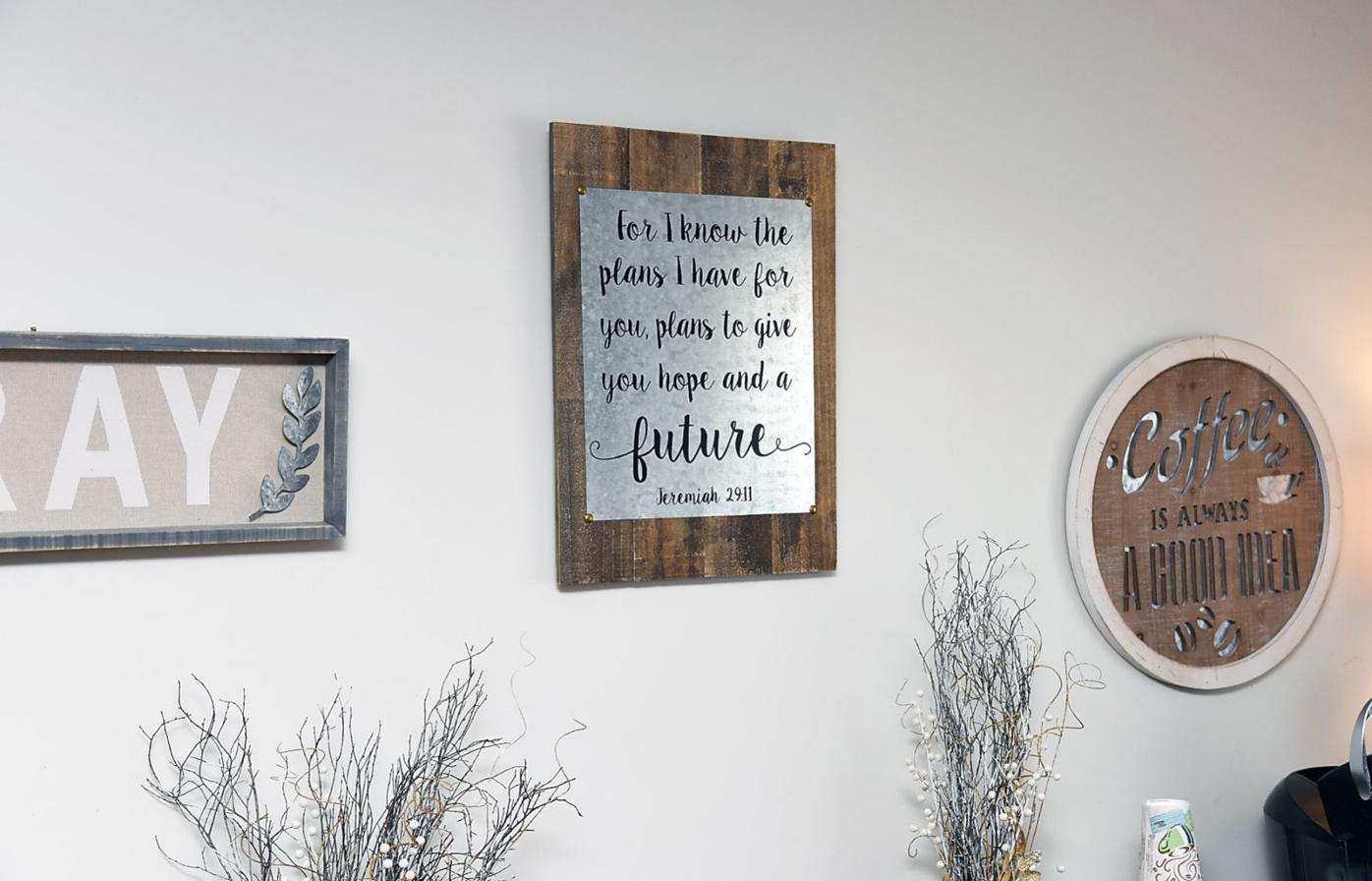 The corner of The Well's worship area is decorated with inspirational and coffee.

Michael Brewer, senior leader of The Well church in Alcoa, explains his position on offering religious services during the COVID-19 crisis.

Michael and Andrea Brewer stand in The Well where they continue to offer services to their congregation. The church opened its doors in Alcoa in 2018. These two started out as missionaries to Haiti in 2010.

Andrea Brewer talks about her faith in the midst of this pandemic.

The corner of The Well's worship area is decorated with inspirational and coffee.

As the pandemic continues its stranglehold on many parts of the world, closing businesses and houses of worship, Mike and Andrea Brewer can’t help but look back to Haiti in 2010 and the devastating earthquake that killed close to 300,000.

They were right there as young missionaries spreading the gospel. As others left the country out of fear, they held steadfast to their faith and belief they were right where they needed to be.

“It was horrible,” Andrea recalled. “It was the worst scenario. We were caring for 22 orphans and one very sick child. We didn’t change our ministry. We had church in the middle of the road. ... I view this as the same. Not that 300,000 people here have died. But, we can walk in peace. God provided for us then and he is providing for us now.”

The Brewers are senior leaders at The Well, a charismatic church they founded back in December 2018 in Alcoa. It is part of Reach International Ministries. Mike is ordained under Apostolic Network of Global Awakening and the leadership of Andy Clark. When Gov. Bill Lee issued guidelines for eliminating large gatherings, this husband-wife team made the decision to keep their church open. They haven’t sought attention for their actions. When contacted via social media they agreed to share their reasoning.

The small church is unique with its healing and prophesy rooms, Mike pointed out. He is called upon by members of the community to perform deliverances for those deep in the occult. “I do deliverances anywhere from two to five per week,” he said.

As other houses of worship were closing, Mike said it was an easy decision for them to remain open. He sent out emails to his congregation, relieving them of any obligation to attend, however. He said he left it up to each individual and family to make their own determination.

About 50% of their congregation has continued to show up each Sunday morning. They social distance themselves from one another, and the Brewers said they have discouraged the elderly from coming, although some have chosen to gather with them.

Each has to decide

They don’t expect every church to do the same. Some members of the community have questioned their motives, wondering if it’s simple rebellion or to gain attention. Mike said their decision has nothing to do with any of that. For this family, it’s about being consistent in their faith.

If Tennessee or the nation passed a law stating churches could not meet, Mike said he would still find a way to gather.

He and Andrea have shared their faith in many threatening environments across the world. They said they had witch doctors try and put curses on them in Haiti. They have used fake IDs and hidden from law enforcement and others seeking to keep them from giving their testimonies and holding healing gatherings.

The Brewers said they have witnessed paralyzed individuals get up and walk and deaf people regain their hearing during these prayer services.

Coronavirus has killed nearly 150,000 across the globe. Andrea said she can remember helping victims of cholera in Haiti and caring for a small girl with tuberculosis. Personal protective gear wasn’t always available, but that didn’t stop her.

“We have lived through more than most people,” she said. “I can’t say I want to relive any of it. But we were who we are and we are still doing what we do.”

She said it is during this time that people need the church more than ever.

“I am not doing this to prove a point; I do it for the fellowship that I get personally,” she continued. “This is an extension of my family. There is power in corporate gatherings from a perspective of faith. There is a component that people need to deal with the fears they are facing right now. I think that is where the church has a voice. Online and in person. I see what fear is doing to people.”

Mike said there are some who say COVID-19 was brought as punishment, something he said is not true. He said the grace of God is manifested in the midst of evil.

Andrea is working on her master’s degree and attending seminary. She says she has learned a lot about periods of history when plagues and other afflictions devastated the Earth. Spiritual leaders stayed the course, she said.

“God is where I put my faith,” she said. “God is the same. He is unchanging. If he can be consistent through the bad times, so can I. We can still walk in joy and peace in the midst of this. I am not going to walk in fear.”

These two said they are simply looking at this from a lens most of us can’t. They have seen a natural disaster destroy a nation, and they stayed to bring it back. They have risked their lives to go into other parts of the world when most would be too afraid.

“I am not putting our convictions on someone else,” Mike said. “It is not that we are better or worse. We are different because we have experienced extreme faithfulness in deeply extreme circumstances. We use it as an example to lean on.”