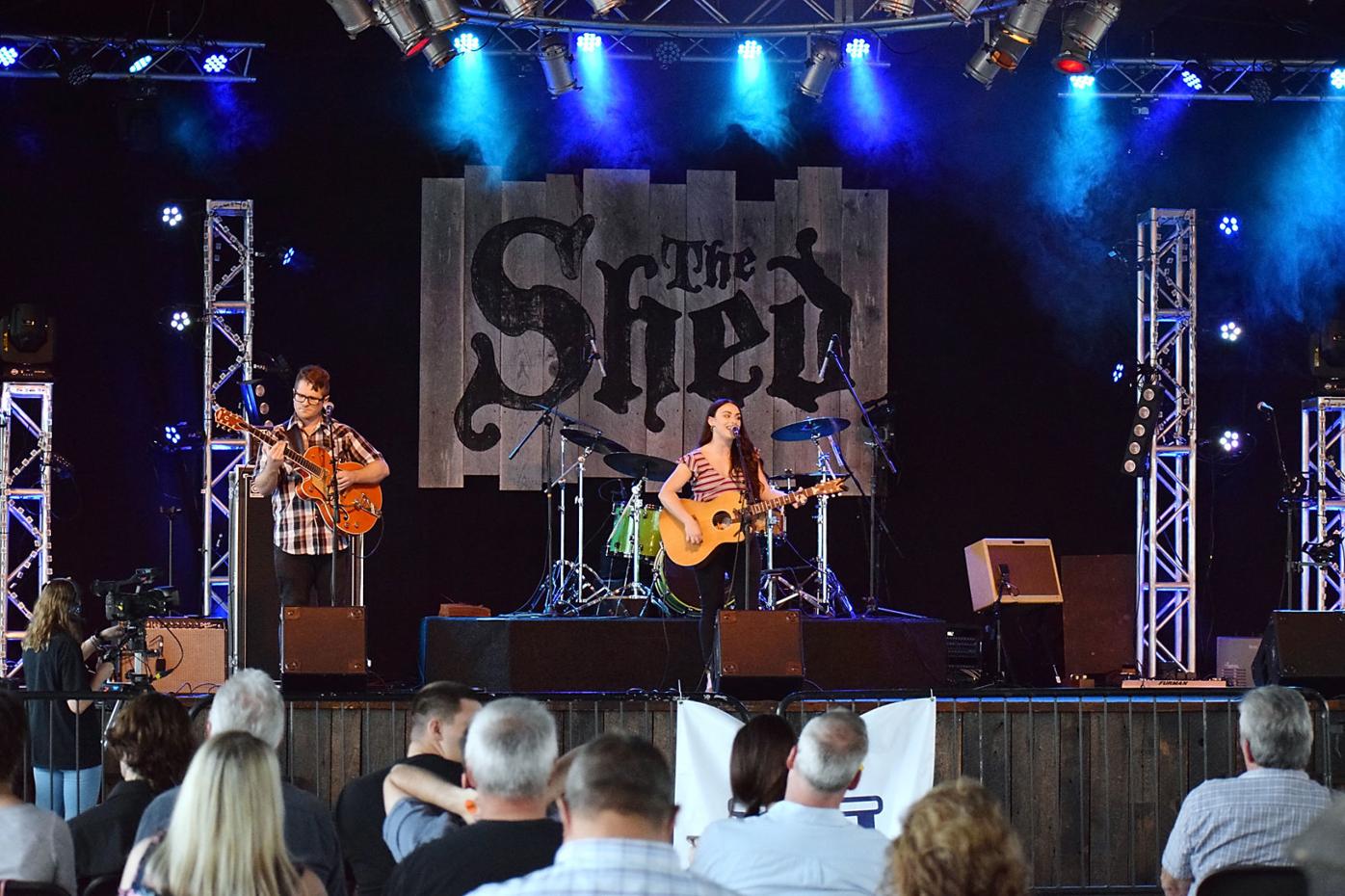 The Young Fables — Wes Lunsford (left) and Laurel Wright — perform at The Shed in Maryville in this 2019 file photo. The band is one of thousands across the country figuring out how to continue making music and a living during the coronavirus shutdown. 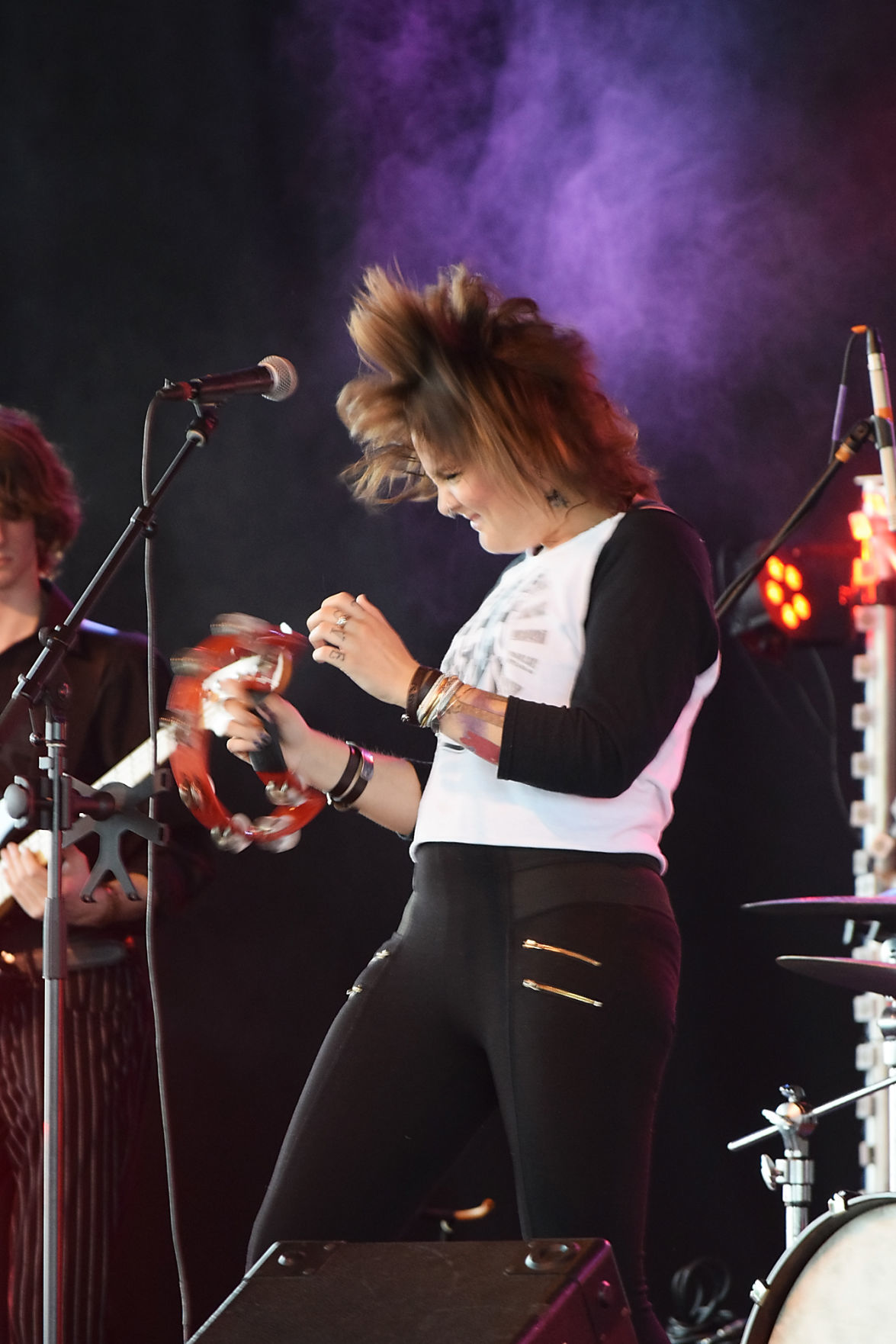 Jenna McClelland, seen here in this 2019 file photo, has seen her public performances come to a halt because of COVID-19 cancellations.

The Young Fables — Wes Lunsford (left) and Laurel Wright — perform at The Shed in Maryville in this 2019 file photo. The band is one of thousands across the country figuring out how to continue making music and a living during the coronavirus shutdown.

Jenna McClelland, seen here in this 2019 file photo, has seen her public performances come to a halt because of COVID-19 cancellations.

Living in Center City, in the heart of Philadelphia, Jennifer Higdon is rarely alone, even when she’s working on the contemporary classical compositions that have won her Grammy Awards and even a Pulitzer Prize.

Even when she’s absorbed on her work, largely a solo endeavor, the sounds of the city provide a comforting white noise machine that’s a constant reminder of how far she’s come from her days as a Heritage High School student and band standout.

Now, however, that omnipresent cacophony of sirens and shouts, idling engines and blowing horns is gone. The coronavirus has quieted the City of Brotherly Love, and even a composer who knows well the power of imposed silences in works of art is somewhat discomfited.

“It’s really quiet out — eerily quiet,” Higdon told The Daily Times last weekend. “There are no cars, and even though I’ll look out and occasionally see somebody walking by, there’s very little movement. It’s a noticeable silence, and I catch myself looking out the window, thinking, ‘Why is it so quiet? Oh yeah — there’s nobody out there!’ You could literally walk down the middle of the street.”

Across the country, artists who rely on performances, concerts, tours and a litany of public appearances and collaborations to make a living find themselves in similar situations: on hold, with no resolution in sight. In Nashville, Blount County natives Laurel Wright and Wes Lunsford find their careers as the country duo The Young Fables frustratingly paused, just as they seemed primed to turn another corner.

“It was to the point where we were touring and playing small theaters and ticketed events and actual listening rooms, which is what we always worked for, and 2020 looked so beautiful,” Wright said. “We were courting different theaters and venues, and we had almost the whole year planned out from a tour standpoint — and then it vanished overnight.”

“We have so much stuff in the pipeline right now,” Lunsford added. “We just finished recording our new record, and we were going to try and raise money to release it, but we can’t do that right now, because everybody’s hurting. We can’t ask them for money right now. We also have our documentary (“The Fable of a Song”) that’s fully paid for, and we thought we would make our money back doing a screening tour around it, but now everything’s gone.”

Jenna McClelland shares their frustration. With her brother, the fiery frontwoman established herself as a rock ‘n’ roll powerhouse in the Blount County-based band Stone Broke Saints, but last fall, she moved to South Alabama to try her hand as a solo artist. The Saints are still together, choosing to play bigger event gigs as a full band, and in the meantime, Jenna McClelland drew on their contacts in the Deep South to put together a fledgling career on her own.

“I was starting to get requests from complete and total strangers in South Alabama and North Florida, these people who had started following me and popping up and appearing at shows,” she said. “On a weekly basis, I could go from Auburn to Mobile to Orange Beach in a matter of three days, staying busy and driving all over the state — which was a lot of fun in itself, but it also gave me more of a chance to continue growing the fanbase.

“(Coronavirus) completely destroyed all that. Here I was, the new kid on the block in South Alabama really making strides with my booking and keeping my schedule super full, going from a couple of gigs a week to four or five, with no income other than that — and now all of that is just gone. All the work I had put in to keep a band of guys busy and myself busy, it’s just gone. It’s legitimately like getting fired and having no other options and having to start completely from scratch, which we don’t even know when that’s going to be.”

Music isn’t the only thing shut down: Production of films, television shows and theatrical productions have all halted because of COVID-19, which affect David Dwyer, arguably one of Blount County’s most famous faces. The actor has played notable roles in films like “The Blind Side,” “We Are Marshall” and “Remember the Titans,” and he recently wrapped a part in “Hillbilly Elegy,” a Ron Howard-directed film slated to be released later this year.

“On the acting front, it was clicking along nicely, but they’ve canceled quite a few shows that were coming up,” Dwyer said. “If you’re a serious actor, all you can have are little side jobs that you can pick up when you’re not acting, because you’ve got to be able to go, whenever that’s going to be. A lot of actors who have yet to make a name for themselves, they’ve got to be able to pick up work during those off times, shifts at restaurants and things like that. Now, not only are restaurants closed, but acting jobs are on hold. This is touching everybody, but not in a good way.”

When he’s not on set, Dwyer is actively involved with Knoxville’s Flying Anvil Theatre troupe, now in its third year of productions at its Rocky Hill neighborhood playhouse. The final weekend of the play “I and You” was canceled, and the run of “Ideation” performances has been postponed. “Sunshine Boys,” a Dwyer vehicle that co-stars his old friend and Knoxvillian Steve Dupree, is still tentatively on for a May 21 launch, but as with most events during a global pandemic, that’s up in the air.

“We’re all geared up for it, but who knows? I’m learning my lines for it anyhow,” Dwyer said.

For her part, McClelland was able to play one final gig before leaving South Alabama to shelter in place back in Blount County with her family: A livestream online concert at the famous Flora-Bama Lounge in Perdido Key, Florida, to an empty building. The online concert, however, has drawn more than 5,000 views, and fans have been enthusiastic about supporting her via virtual tips and merchandise purchases. It’s an unusual method of plying her trade, but desperate times call for desperate measures, she said.

“If a venue has the means to set up and let us stream from their place, that’s huge,” she said. “The fans, they can give us virtual tips, and we can still do merchandise mail-outs. The biggest thing to remember is that I don’t want anybody to stress about logging on and not being able to tip, but if you’re in a position where you can, think about it this way: What would you spend going out to a bar?”

“Laurel and I have a plan every day,” Lunsford added. “We’re waking up and creating video content, whereas before, that was something we wanted to do, but constantly being on the road and touring and playing gigs, we were always too tired. Now, we have that opportunity. Yesterday, we spent the whole day recording videos for Instagram and Facebook and all that. It’s sort of exciting, in a way, that we’ve had to think of different things to do, because it gives us a reason to get up in the mornings. We may not be able to get up and go play gigs and write songs with other people, but it’s sort of rejuvenating to have these ideas of what to do and try to execute.”

Currently, Wright added, the pair is looking to give their virtual fans a full concert experience by launching a “virtual tour:” performances embedded on The Young Fables website that fans can pay to stream, so that families and friends (of less than 10 people, of course) can enjoy some live music while they, too, shelter in place.

“For indie musicians and musicians like us, it’s important to keep going so we can survive,” Wright said. “There are so many platforms online where we can sell tickets or people can do donations, and if you think about it, it’s kind of fun to figure out what life is going to be like for the next couple of weeks.”

One project: an EP recorded in their home of stripped-down versions from their most recent album, “Old Songs.” They’re selling it on their website and donating 10% of the proceeds to Blount County Habitat for Humanity. McClelland is looking to play some virtual shows as well — with her brother, by herself, with friends — as a way of offering comfort during these stressful times.

“It’s not that we want to livestream because we need the money, but because we’re in a time right now where we need to be nice to each other and provide a song,” she said. “If you can give something, great; if not, give me some requests and tell me what you want to hear, because this is what I do. I’m an entertainer, and I make people smile. If I can do that for an hour or two sitting in front of my computer, then that’s what I’m going to do.”

As for Higdon, she has more than enough work to keep her busy. She’s worried about her collaborators — the orchestral musicians that bring her compositions to life, and the stewards of the arts that commission her works for events and festivals, some of which are starting to cancel for July. Overall, she said, 37 orchestra concerts of her works have been canceled, including two world premieres, and there’s no firm timetable on when those performances might resume.

But when they do, and the current COVID-19 crisis is in the past, Higdon and her peers will do what they’ve always done: turn tragedy and uncertainty into art.

“I actually think that stuff does seep in,” she said. “It probably won’t affect what I’m working on right now, but this will show up in art, because I think this is going to affect all of humanity. It’s a blip in history.”