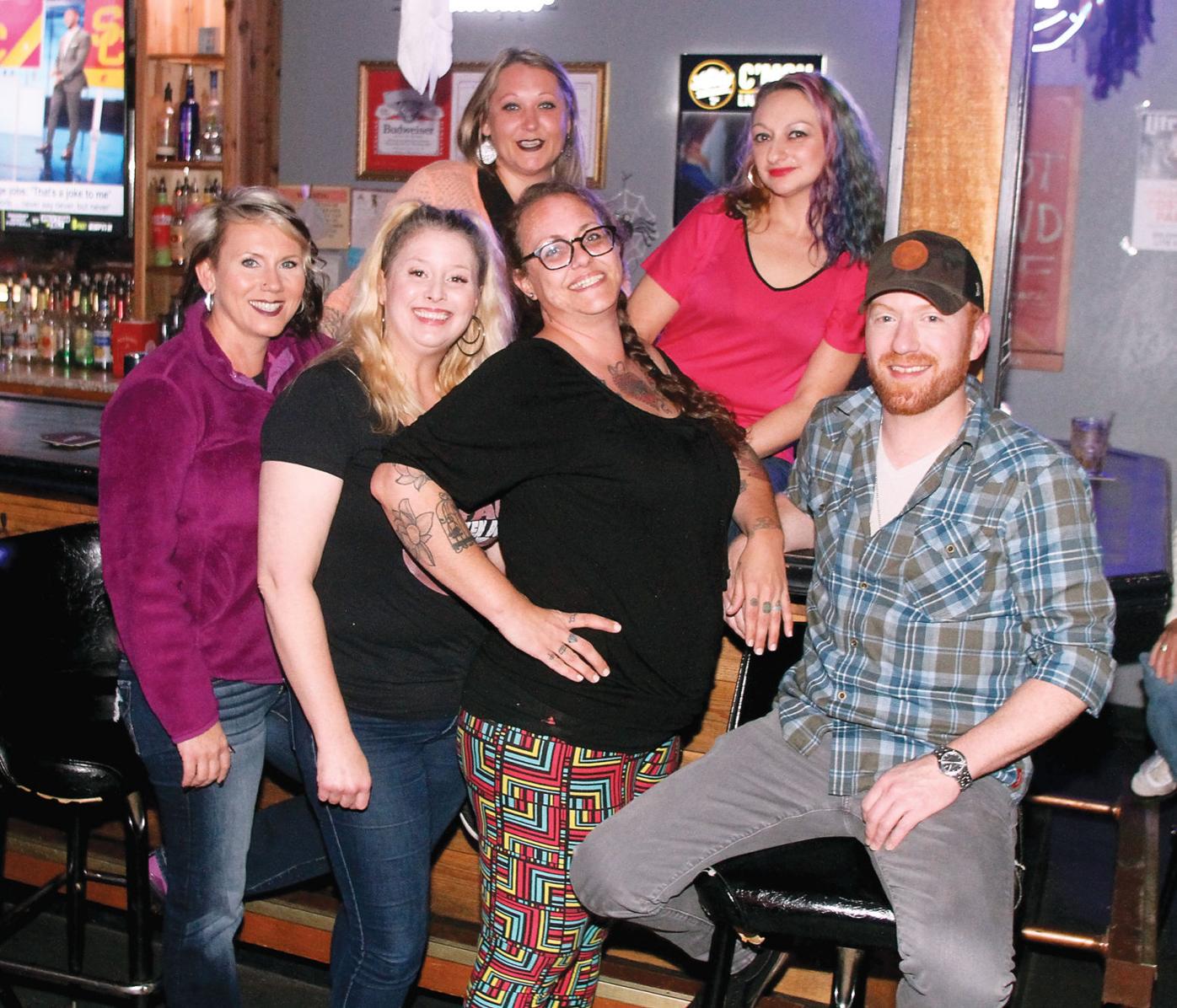 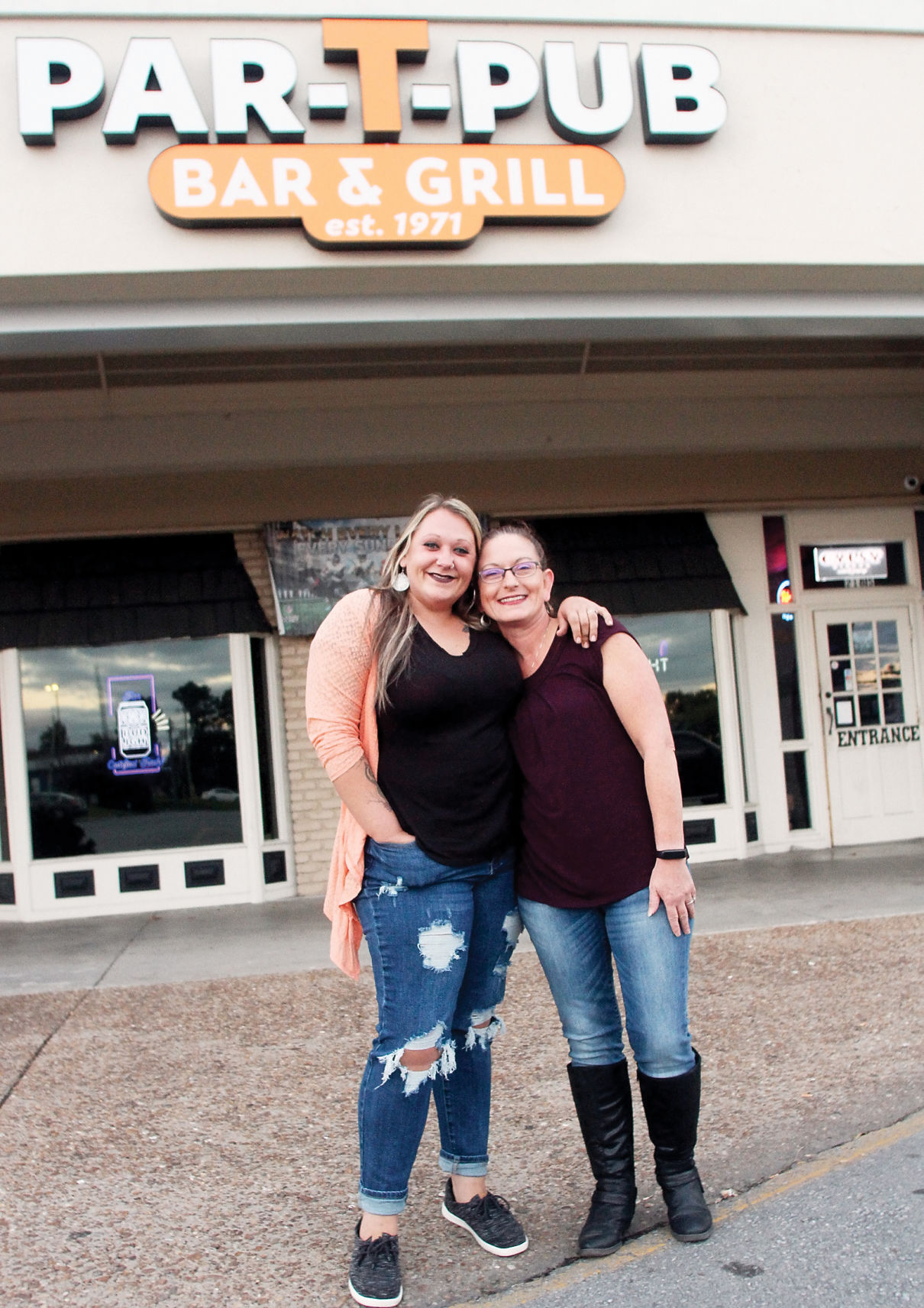 Kerstie Tatum (left) and Larissa Cutshaw Gribble are the longest working employees at Par-T-Pub, which is celebrating its 50th anniversary on Saturday.

Kerstie Tatum (left) and Larissa Cutshaw Gribble are the longest working employees at Par-T-Pub, which is celebrating its 50th anniversary on Saturday.

Growing up, Lisa Yearout White — a 1985 graduate of Heritage High School — had a passing familiarity with the Par-T-Pub, like so many locals who have driven by its various locations over the past 50 years.

But it wasn’t until her first marriage ended, back in 1994, that she realized it was, and remains, so much more than just another bar.

“I remember during my teenage years, you would see it when you drove by, but I didn’t really hang out in bars then,” she told The Daily Times this week. “I remember when I got married to my first husband in 1991, we got a keg from them, and when I was getting a divorce, I started going there.”

What she found was a warm and genuine environment that makes the Par-T-Pub — which celebrates its 50th anniversary with a Saturday night party — Blount County’s version of “Cheers.” Former owner Rhonda Butner Rogers greeted her with a friendly smile and a sympathetic ear, and the regulars welcomed her with open arms during a time when she needed support.

“The first time I went in, the customers just made me feel at home and invited me to sit with them,” White said. “I asked if they needed any help, and they hired me, and that’s what Rhonda instilled in me, to treat people like family. I think that’s one of the reasons it’s been there for 50 years, because we make everybody feel welcome.”

Bars like Par-T-Pub — which moved from its original Gill Street location in Alcoa to Ellis Avenue in downtown Maryville in 2005, and to its current location in New Midland Plaza last January — are fixtures of small towns across the country, and in communities where they’re outnumbered 10 to 1 by churches, they’re often viewed as watering holes for the down-and-out.

Nothing, White insists, could be further from the truth. In fact, the Par-T-Pub, along with other Blount County establishments like Two Doors Down, help out philanthropically in ways that are seldom recognized.

“It’s a genuine place; it really is,” she said. “If somebody’s out sick for a while, or if somebody’s passed, or if they’re battling cancer, we’ll have benefits or raise money for them. We have an annual event for the Amvets to raise money for them. This weekend, at our 50th anniversary party, we’re wanting people to bring donations to the Community Food Connection that’s located in Midland (Plaza) with us.

“We just want to try and do for the community. We like to make everyone feel welcome, and we look out for one another. Some of our older customers, especially ones who live alone, will bring us their checks, or we’ll order stuff online for them, not because they pay us to, but because once you start coming in, you’re family.”

In a sense, Par-T-Pub has been a family business since the beginning. Rogers’ family opened it on Gill Street in 1971, and to commemorate it, the Whites — Lisa and her husband, Brad (Heritage, Class of ’87), who bought it from Rogers in 2016 — are selling beer at 1971 prices ($1) during select hours on Saturday. Local favorites Randy Woody and Southbound will perform, and hourly giveaways will allow patrons to win prizes.

As always, the kitchen will be open, and while Saturday night’s shindig will look back at the past 50 years, the regulars who depend on it for camaraderie, companionship and a cold one whenever they get off of work — whether it’s 5 p.m. or 7 a.m. — count on it being around for many more.

“We’ve always been a place for the third-shift crowd that wants to go get a drink when they get off of work, because that’s their nighttime,” White said. “We have a Christmas party in the mornings for them, so they don’t miss out, and we open at 7:30 a.m. with the full kitchen open, because a lot of them work so much they don’t get out during what other people consider ‘normal’ times.

“The main thing we want to do is just let people know we’re like a family. When my mom passed away two years ago in November, most of our customers came to the funeral home to support me, and that meant a lot. We just like taking care of people and doing for the community as much as we can.”

Steve Wildsmith was an editor and writer for The Daily Times for nearly 17 years. Contact him at wildsmithsteve@gmail.com.