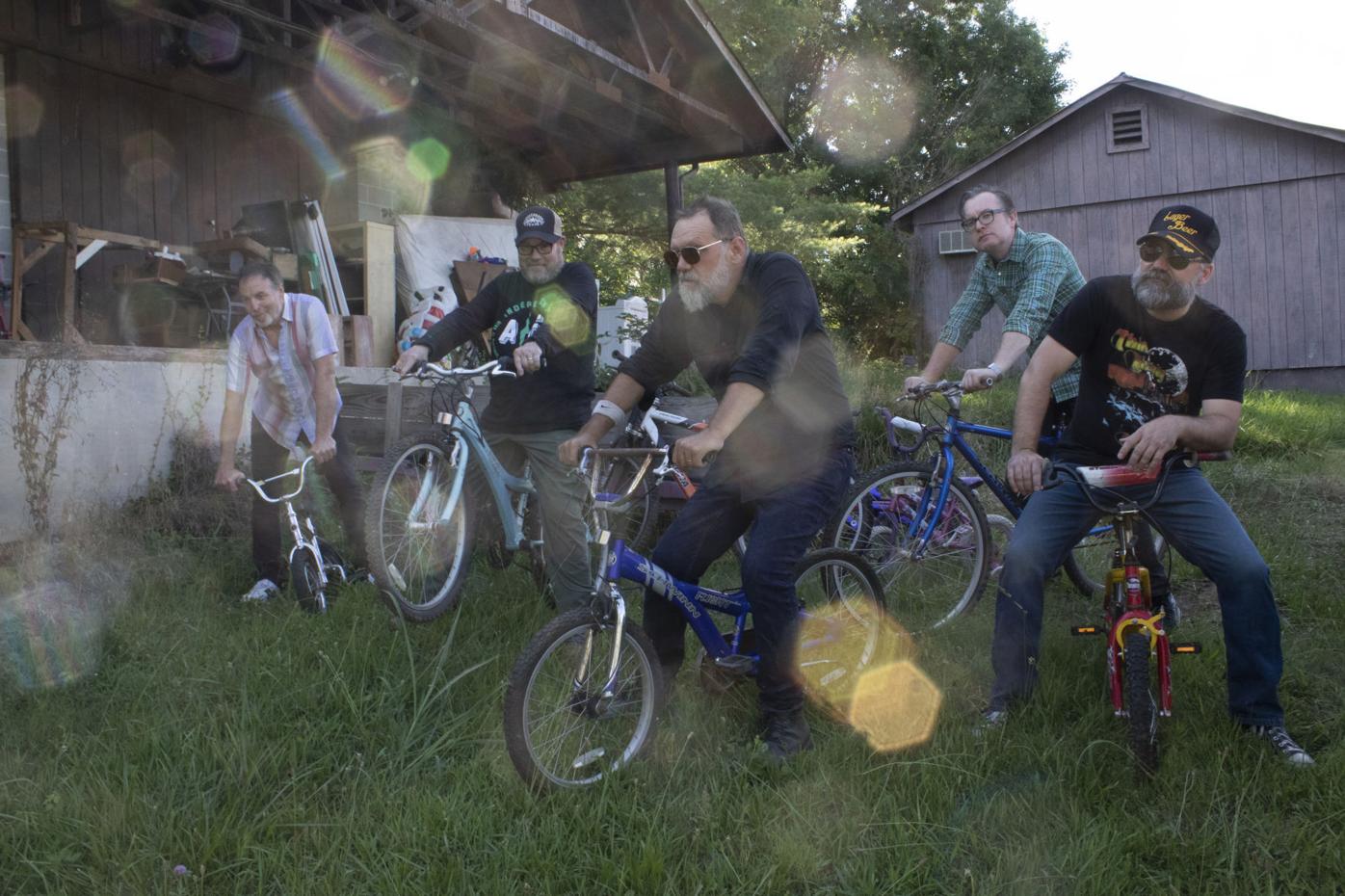 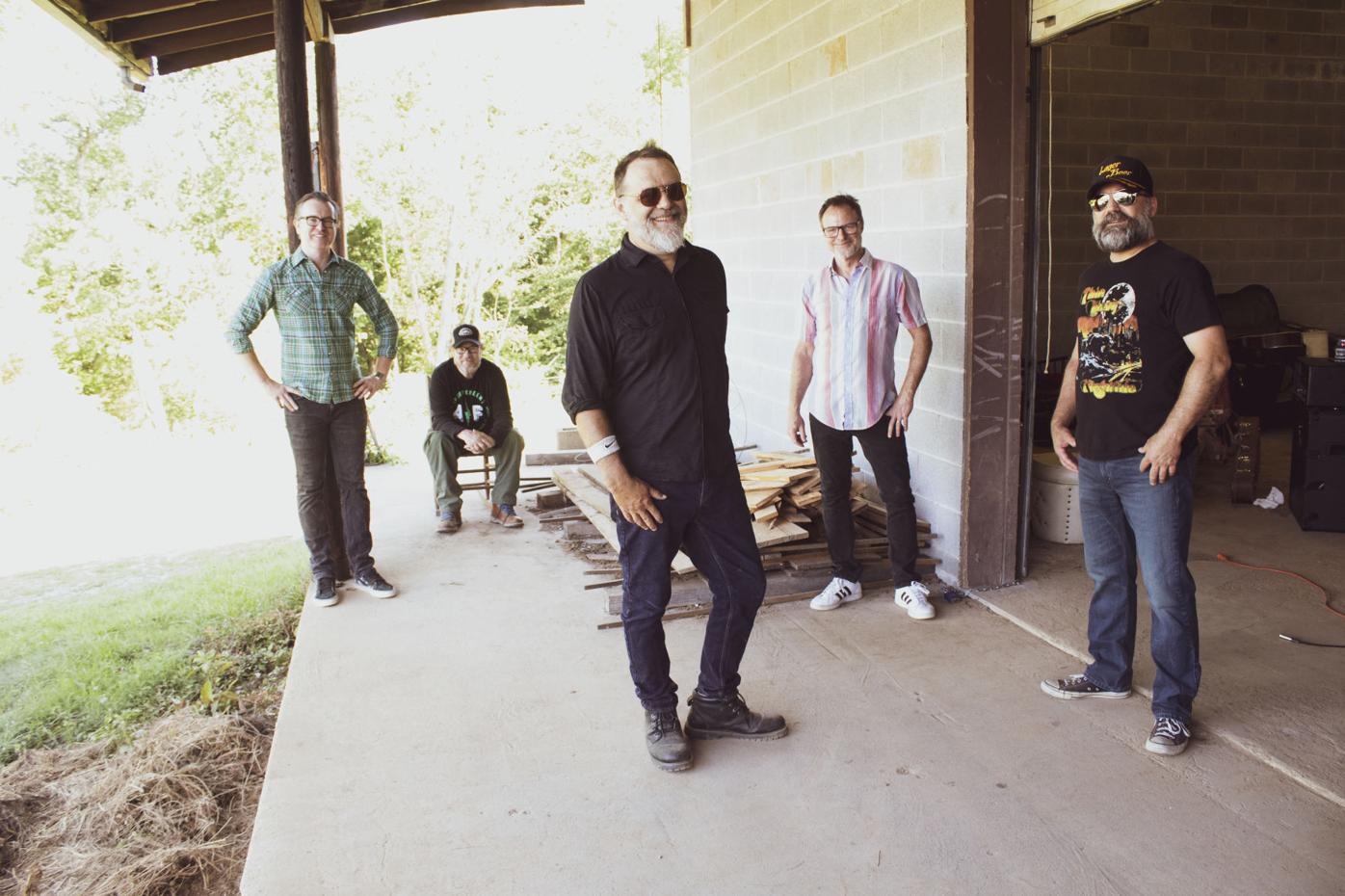 Before the boys in Mic Harrison and The High Score gathered to hit the record button on their new album — “Bright Spot,” which will be celebrated with a limited attendance in-person and livestream concert on Friday night — guitarist Robbie Trosper had a speech prepared.

As one of Harrison’s closest friends who first started playing with him almost two decades ago, Trosper has helmed a number of Mic Harrison and The High Score projects over the years, dating back to 2007’s “Push Me On Home,” the first proper release by the combined musical entities that enjoyed respective individual careers long before they ever partnered up. Going into making “Bright Spot” — their sixth record — Trosper felt the need to rally the troops, he told The Daily Times recently.

“Of course, I had this big speech at the beginning: ‘It doesn’t matter what it sounds like — let’s capture fire! If it sounds good, let’s do it! We’ll make Guided By Voices sounding like Toto, if we want, because who cares?’” Trosper said, recalling the afternoon they gathered for the first sessions at The Birdhouse, the community space in Knoxville’s Fourth and Gill neighborhood that serves as the band’s unofficial headquarters and recording studio.

“We just wanted it to sound good … but now that I listen to the album, it sounds really, really good — way better than I imagined it would!”

Credit much of that to Don Coffey Jr., who’s been a part of Mic Harrison records since 2001’s self-titled record by The Faults, Harrison’s post V-Roys project. (Interesting aside: That Faults record was engineered start-to-finish by Blount County native and long-time local musician Kevin Crothers.)

For those new to the story of the grizzled West Tennessee boy who came to Knoxville seeking musical fortune, those names and those bands likely sound like arcane things without the benefit of a point of reference, so some reminiscing is in order to put it into context. Harrison grew up playing in local bands around his small town less than an hour north of Jackson, none of them going anywhere until an old friend, drummer Jeff Bills, called him up in the 1990s. Bills was a member of Knoxville’s The V-Roys, which needed another singer and songwriter, and Bills thought Harrison would be an ideal fit.

It turns out he was, because The V-Roys were signed to Americana icon Steve Earle’s E-Squared label and parlayed their ability to play, as one No Depression writer opined, a “split-down-the-middle combination of twang-rock and power-pop” into a this close relationship with mainstream success. A few late-night TV appearances, a few movie soundtrack placements and a reputation in East Tennessee as one of the area’s best bands ever all came to an end in 1999, however, when the guys went their separate ways (save for a one-off reunion in 2011).

Harrison immediately pivoted to The Faults, a power-pop ensemble that included Trosper, and the two have remained close friends ever since. Trosper would help establish The High Score as a rock band with punk leanings a year later, while Harrison joined Coffey’s band, Superdrag, for one record. Harrison would put out a solo record a couple of years later, and The High Score put out a follow-up project, before they joined forces as Mic Harrison and The High Score in 2007. From their first release that year, “Push Me On Home,” the guys have remained faithful to a sound that maintains one foot in driving roots rock and another in high-energy power pop.

“Generally, it’s always been kind of me and Mic,” Trosper said. “He’ll have an idea for a song, and then we’ll get together and talk about it and what we’re going for and what makes sense. We’ll play it and arrange it and try to figure the song out. At least, that’s what we’ve done in the past, and we did some of that this time around — but some of these songs came from just getting all of the guys in a room and saying, ‘Let’s play it,’ and we’re just jamming.”

Because here’s the thing about Mic Harrison and The High Score, 13 years after the band released its first record: The lineup has changed, and now Coffey sits behind the drumkit. Vance “The Exotic Hillbilly” Hillard is still holding down the low end on bass guitar, and while Trosper still handles lead, he’s also sharing guitar duties with Kevin Abernathy, himself a Knoxville-based singer-songwriter and accomplished bandleader who threw in with Mic and the boys three years ago.

“To be honest, from the outside it might have seemed crazy — like ‘how is this guy who already has his own music and following going to fit in’ — but it just felt really natural to have him there playing,” Trosper said. “When we started playing off of each other, we’ll give each other this little grin when we do something cool, because it just feels very natural. It didn’t feel like anything had changed, other than it just opened up the doors not just on guitar, but on the songwriting end of it.

“Having another songwriter in there, whose stuff we love, and whose playing we love, just opened the doors. Plus, we’re doing a lot of harmony stuff, which is cool, but it felt like more of a songwriting thing, like it was great to have him there and get his opinion.”

The end result of Abernathy’s inclusion in the creative mix means that perhaps for the first time, the “And” in the band’s name gets added emphasis. Of the 13 songs on “Bright Spot,” Abernathy handles lead vocals on two tracks, one of which, “Precious Best,” sounds like “13 Songs”-era Paul Westerberg. Westerberg’s band The Replacements, in fact, is as good a wheelhouse as any in which to place this record, which meanders across a crazily curving highway of genres. From the churning guitar maelstrom of “Let the Motor Run,” which draws on Harrison’s love of power pop; to the “Sticky Fingers”-like sounds of “Used to Be Somebody” (which features girl-group harmonies by The Pinklets, the teenage rocker sister trio made up of Abernathy’s three daughters); to the classic rock-to-drive-the-night-through sounds of “Concrete and Stone,” “Bright Spot” isn’t afraid to push barriers.

And that doesn’t even get to Trosper’s four contributions to this album, up-tempo and jangling and with the audible good-natured sneer that’s been a hallmark of High Score recordings since he founded the band. The High Score, it should be emphasized, isn’t Mic Harrison’s backing ensemble — it’s a fully functional unit that operates under its own power. Nowhere is that more evident, Trosper pointed out, than in the production work of Coffey.

“You can record in a practice space, like we did, with microphones that aren’t the greatest, but Don is going to figure out how to place everything to make it sound the way he hears it in his head, or he’s going to die trying,” Trosper said. “He worked very hard to make this album sound good, because we really just wanted to be in a room, playing live and capturing whatever it was we were searching for. I mean, I would bring one in and tell the guys, ‘I’ve got this song,’ and we’d start jamming, and by the end of the night, the song was done.

“That’s really what we were kind of wanting out of this album. We didn’t want to have the songs completely done and then go into the studio and hope to have it all recorded in two or three days; we wanted to capture us in our practice room — that kind of feeling, that kind of sound. And I think we definitely got it. I didn’t know what we were gonna get, but that is Mic Harrison and The High Score.”

If there’s ever a true representation of what a Mic Harrison and The High Score live show is like, “Bright Spot” is designed to capture it (minus, of course, the occasional live collaboration with blue-eyed country-soul crooner Con Hunley). That’s by design, Trosper added, because the whole goal of his rally-the-troops speech at the beginning of the recording process was designed to encourage them to throw preconceptions and plans out the window. A big part of the appeal of a live performance is the runaway-train nature of the band’s bombast and enthusiasm, and “Bright Spot” captures both as much as any static sonic document ever could.

“We cared about tones and getting good sounds, but we were really going for capturing the vibe of the song,” Trosper said. “After we started listening to what we recorded, we were like, ‘This is us live.’ Mic does his songs, I’ll throw a few in there, and now that Kevin is part of the band, he usually takes a couple.’ It just kind of felt like, ‘This is us. This is what we do. Let’s not shy away from it.”

And in a sense, he added, “Bright Spot” serves as something of a reset button. Not that the band’s previous efforts have been stale or lackluster, but the boys themselves are older. Wiser, it could even be said. The lineup is stable, and the members who count themselves as part of the pack are too long in the tooth to bother with anything flashy or trendy. Those things, combined with the infusion of fresh blood in the form of Abernathy and Coffey, make it seem like there’s new lands to conquer out there on the Mic Harrison And The High Score horizon.

“I feel like, and I think everyone in the band would agree, that doing this album the way we did it, and how we’re approaching songwriting, feels like a beginning, almost,” he said. “We’ve been doing this for a really long time, and we’ve enjoyed it, or we wouldn’t be doing it. But this almost feels like this is the beginning of what’s possible. Kevin has great songs that he’s always writing; I’m always writing; Mic’s always writing.

“Whoever’s feeling it that night, let’s just hit record and start documenting what we’re doing. It’s just a different approach from, ‘We’ve got to get these 12 songs down and do it as quickly as possible.’ It’s just a breath of fresh air to say, ‘Let’s do it our way. Let’s figure it out.’”