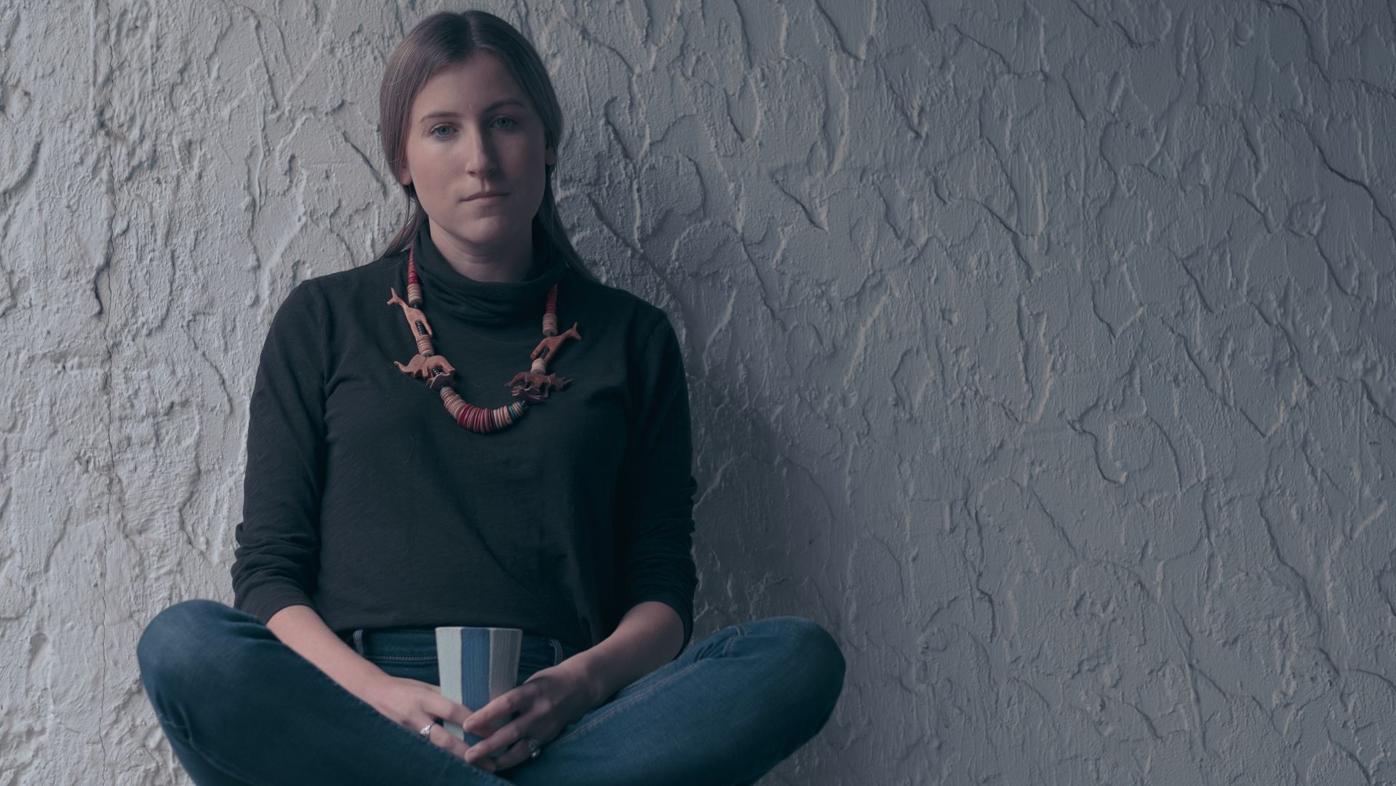 Cecilia Wright released “Another Human,” an eight-song debut that encapsulates the beauty, terror, joy and heartache of this mortal existence. 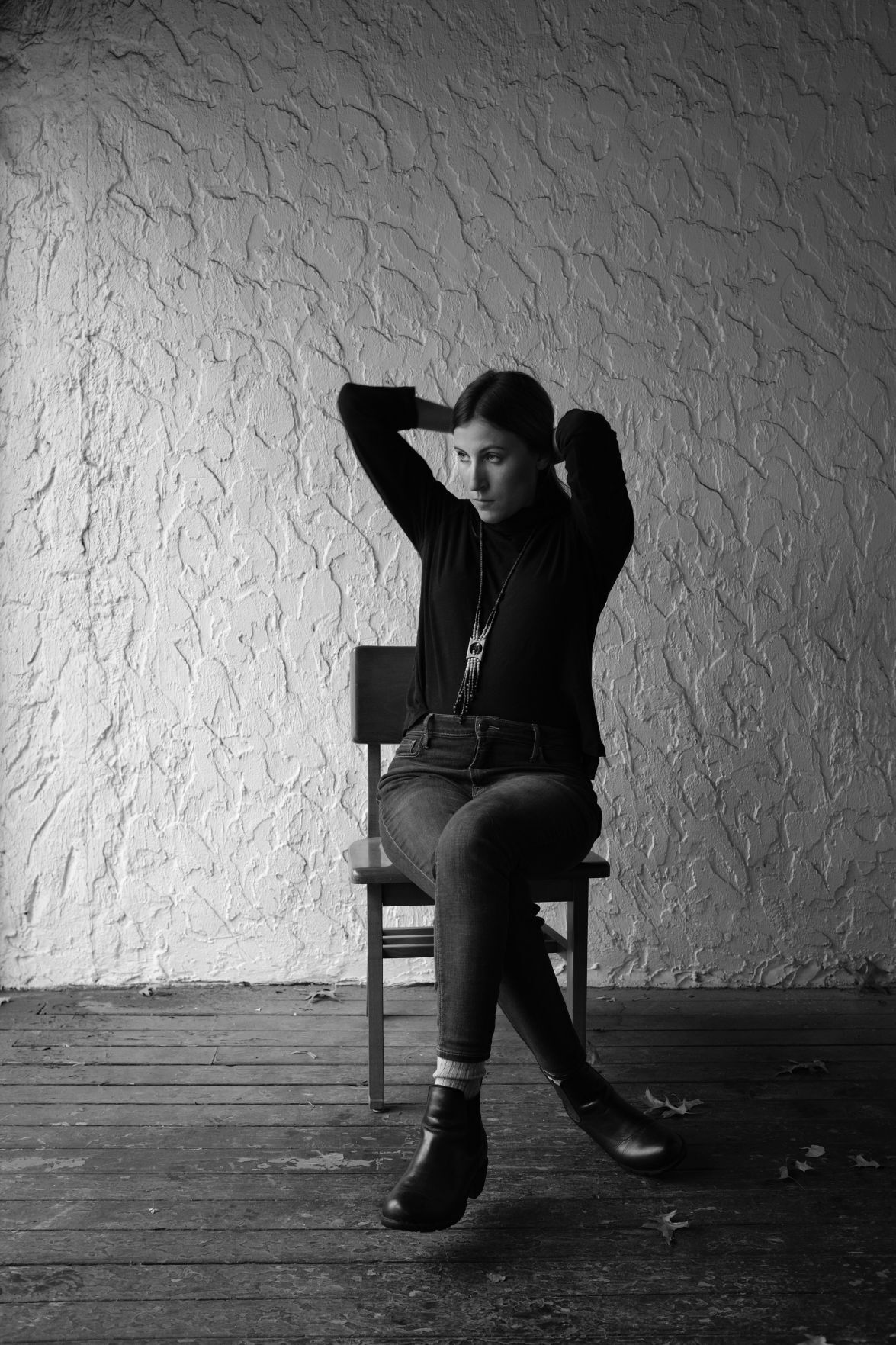 Cecilia Wright took part in an almost all-female recording project that took place over a one-week period in Whitesburg, Kentucky.

Cecilia Wright released “Another Human,” an eight-song debut that encapsulates the beauty, terror, joy and heartache of this mortal existence.

Cecilia Wright took part in an almost all-female recording project that took place over a one-week period in Whitesburg, Kentucky.

Cecilia Wright learned early on to ask for what she needed.

And it worked when she decided that while her role as a session musician and side woman was fulfilling, she had something she wanted to say under her own name. Earlier this month, Wright released “Another Human,” an eight-song debut that encapsulates the beauty, terror, joy and heartache of this mortal existence.

“I’ve written songs at random times in my life, and I’ve been writing more songs over the past few years, but to be honest, I don’t consider myself a singer, so that has held me back a little bit from putting out my own music,” Wright told The Daily Times recently. “I’ve done some recordings at home of some of my songs, but I wasn’t sure I had the confidence to make an album. But you know, I’m very fortunate to have Josh (her husband) here, and our friend Robby (Cosenza) is a great drummer, and we’ve all played music together in other projects.

“As I started writing more songs, I kind of mentioned to our friend Otto (Helmuth), who has a studio, the idea of maybe putting together an EP at first, but when the time came around, I was like, ‘Let’s do some extra songs.’ We ended up recording eight.”

“Another Human” sits in that sweet spot that’s been a hallmark of Wright’s playing since she first started getting noticed as the quiet girl with the cello who joined the East Tennessee-based band The Lonetones, around the same time she started playing alongside veteran scenesters Maggie Longmire and R.B. Morris. The classical flourishes are undeniable — it’s her wheelhouse, and the edges of all eight songs of “Another Human” are burnished with the filigreed formality that makes classical so lovely.

However, the heartbeat of the album is the richness and warmth she discovered when she went to college and started exploring the tapestry of sounds that make up this particular region of Southern Appalachia.

“I started going to the contra dances (at The Laurel Theater, in Knoxville’s Fort Sanders neighborhood), and eventually I got connected with Maggie (a member of the Lonesome Coyotes and a respected singer-songwriter in her own right) and started playing some with her,” Wright said. “I met R.B. through Maggie, and then in college, I went to (the University of Tennessee) and studied cello, and the first week of classes, I introduced myself to Rusty Holloway (a jazz instructor and prolific player in local jazz circles) and asked if I could take lessons with him, because I wanted to get more comfortable improvising.

“At some point, I had heard the Lonetones, and I would see Sean (McCollough, one of the band’s co-founders and a senior lecturer of musicology at UT) and tell him, ‘I really like your band! Can I play wit you sometime?’ I basically kept introducing myself to musicians I wanted to learn from or play with, and eventually started to meet a lot of people.”

While those individuals may have been reticent to bring her into the fold at first, Wright’s playing quickly won them over. Her classical chops are rivaled by her ability to feel her way around what the song requires, adding the lilting sighs of the cello to strengthen melodies, set moods and turn bare-bones arrangements into sumptuous aural feasts. Whether she’s playing as a side woman to Morris — the former city of Knoxville poet laureate and an acclaimed poet and playwright, in addition to his songwriting career — or as a band member of the project Quake Orphans, which included Tim and Susan Bauer Lee and multi-instrumentalist Greg Horne, Wright found herself soaking up as much as she gave out.

“I grew up studying classical music, so getting to play with all these songwriters and not having music in front of me required me to listen in a different way and develop my ear in a different way musically,” she said. “My function became to support the songs that were in front of me, and to support the story, and that’s a very different mission than classical. It’s not always about playing the most complicated thing or showing off all your tricks; it’s really about showing off the song. Playing with all these different songwriters, I’ve learned a lot about listening and understanding when to play and when not to play, about listening and understanding the story itself and thinking about how you can really support that.

“It evolved my ear a lot, and I learned a lot. Playing with a lot of different songwriters and writing my own parts and improvising and having the freedom to do that is really nice, especially coming from a more strict classical background.”

In 2015, after she and Josh decided to marry, she opted to move to Lexington, where she applied to a music therapy graduate program and is now a board-certified music therapist while she finishes up her thesis. While she misses Knoxville — the friends and fellow musicians, and the culture that seemed so supportive of the arts, she said — she’s also found a number of opportunities in Kentucky, including an unexpected invitation to play on a couple of tracks on “Long Violent History,” an instrumental album by Kentucky roots musician Tyler Childers.

It was a last-minute gig, but she clicked so well with her contemporaries at those sessions (including Blount County native Josh Oliver) that Childer’s wife — singer-songwriter Senora May — asked her to be a part of an almost all-female recording project that took place over a one-week period in Whitesburg, Kentucky.

“It’s a really diverse music scene here, and there’s a lot of really interesting stuff happening by a lot of really great musicians,” she said. “I really like the diversity that’s here. It’s been really fun over the course of the past five years to become slowly immersed in the music community here, and at the same time stay connected to Knoxville.”

And while “Another Human” — available on all digital streaming platforms on her Bandcamp page — may have its roots in the evolution of her craft while in Knoxville, it’s very much an album of the moment. The title track itself, with its dreamy instrumentation built around plaintive vocals, may be the most personal one on the record, she added, because it captures some of the intense emotions that surrounded getting through the COVID-19 pandemic, turning 30 and contemplating a future with children in a world that seems topsy-turvy: “I don’t want another human feeling this bad,” she sings.

“The songs that I write are definitely personal,” she said. “The songs I wrote before the pandemic started, I think, were more of a theme of places I’ve been in my life and my relationships to those places. The songs I wrote in the pandemic, I’m obviously asking a lot of questions and trying to make sense of all of it. It’s definitely personal, and these are real things I’m going through and feeling. I just hope there’s something universal in the songs that other people can relate to.”

And on the other side of delivering them to the world, she’s feeling something else: gratitude, tempered by a little awkwardness and promoting an original album in a time when there seems to be so much turmoil in the world. Her hopes, she added, are that sending up a musical flare might let others who struggle know they’re not alone.

“It’s important to me that people understand how grateful I am to have this opportunity, and how grateful I am for all the people that were involved, and that I’m able to do this at all,” she said. “I know this is a tough time for people, and being able to be creative and really put all my emotions and my energy into a project like this was really healing and empowering for me.

“And at the same time, it was interesting writing songs that are exploring things people all over the world are going through right now. Yes, these songs are very personal, but I think most of them are about things that everybody experiences.”

LISTEN TO OR PURCHASE "ANOTHER HUMAN:" https://ceciliablairwright.bandcamp.com