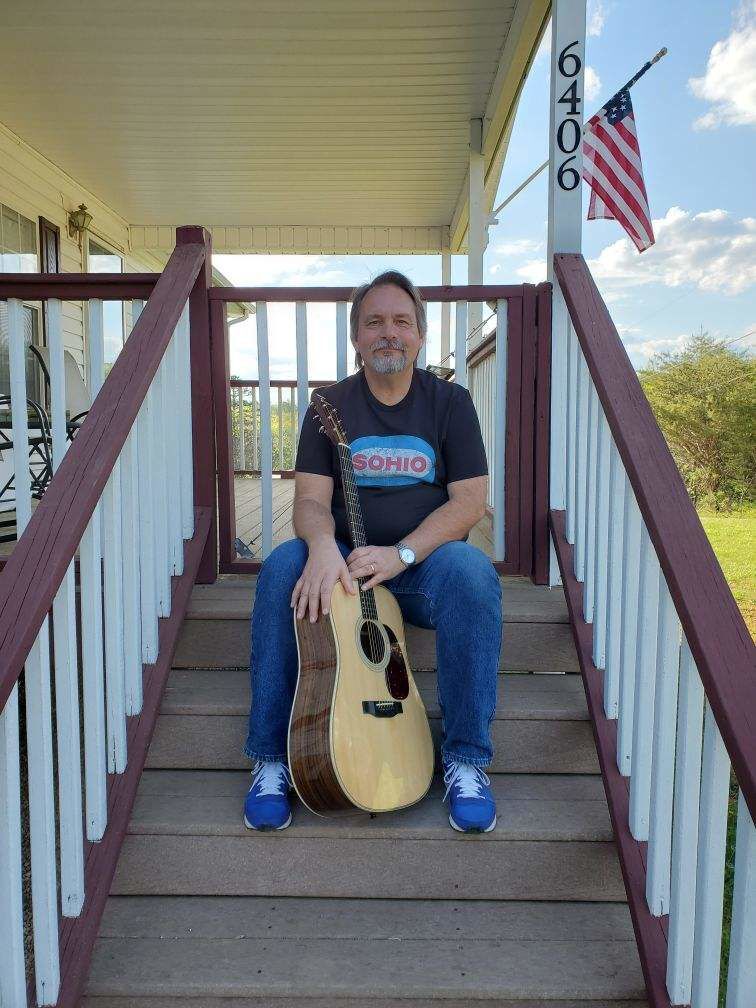 Roscoe Morgan will release his new album “The Peaceful Absence of Ambition.” 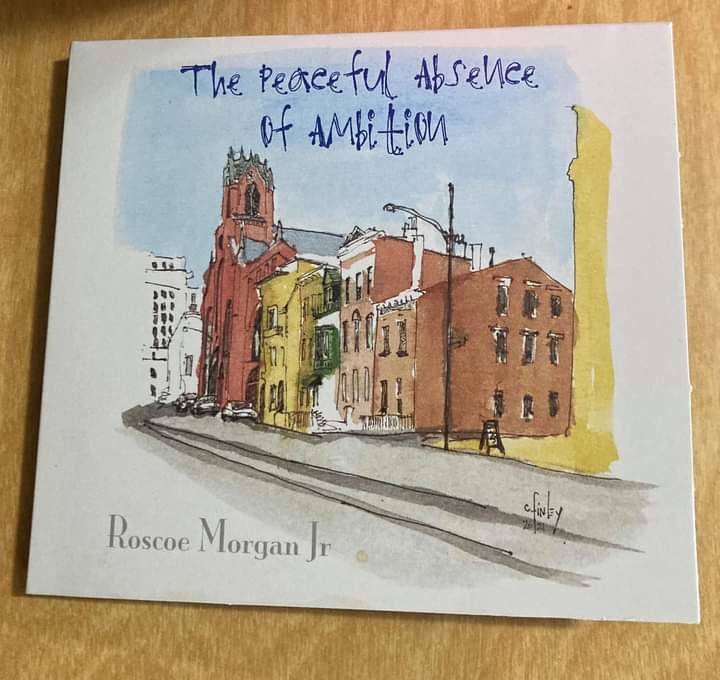 “The Peaceful Absence of Ambition” 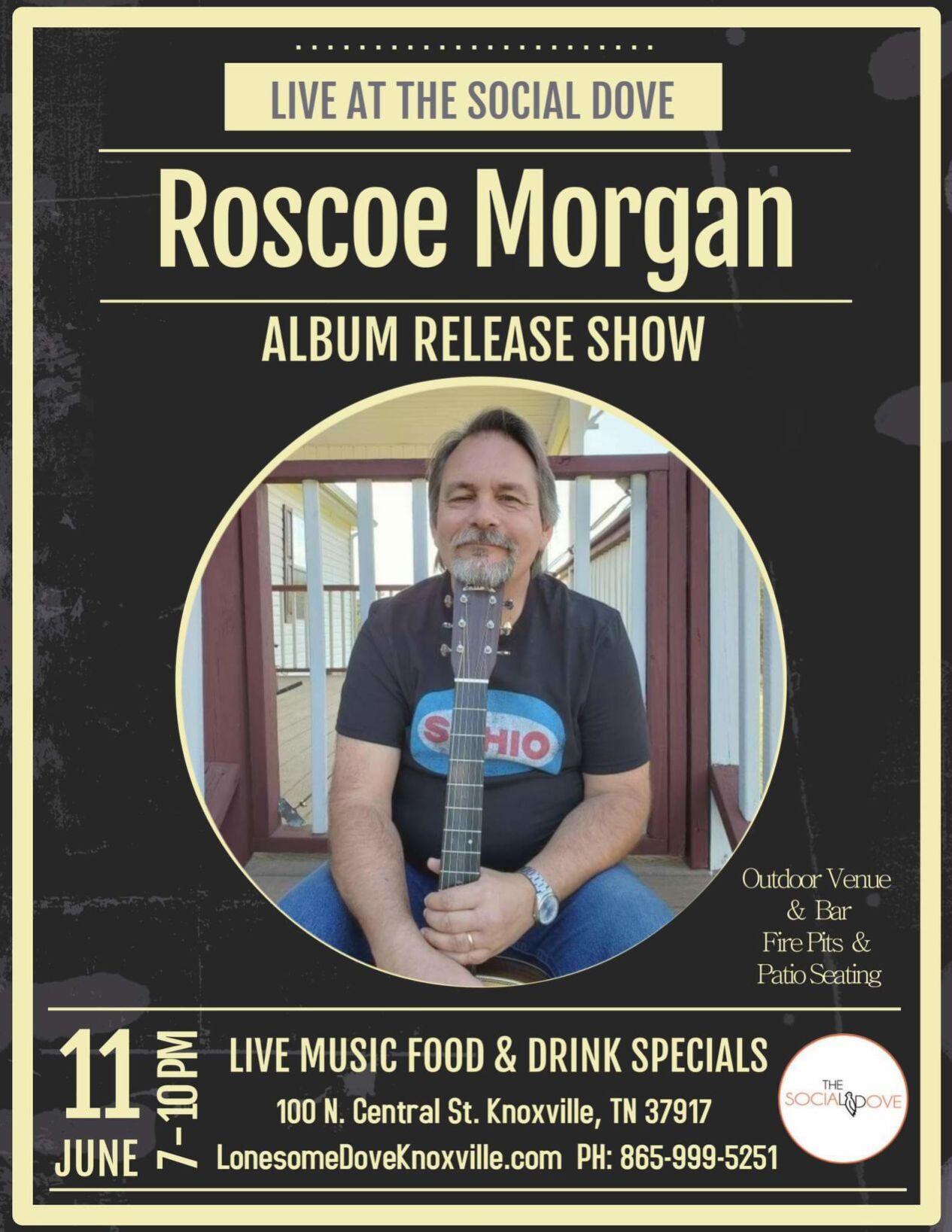 Roscoe Morgan will release his new album “The Peaceful Absence of Ambition.”

“The Peaceful Absence of Ambition”

When Roscoe Morgan casts his gaze toward the past, he sees two roads.

One, the longtime Blount County music teacher and musician told The Daily Times this week, is a place darkened by the clouds of bruised ego, polluted by the winds of could-have-beens and should-have-beens, where opportunities that never materialized drift like ash.

The other is lit by the soft, warm light of nostalgia, a place that leads back to his childhood home in Cincinnati and the hard times made a little softer by grace, kindness, adventure and imagination. That’s the road he chooses to walk upon today, and that it also provided the inspiration for so much of his new record, “The Peaceful Absence of Ambition,” makes that journey all the sweeter, he said.

“This is my coming-out party, man,” said Morgan. “There was a pre-bluegrass in history, and there’s a pre-bluegrass to me. I tried it again with ‘Streets of Cincinnati’ (his 2003 album), because this one is the same format, but that was in 2003, and I had just come off the road with (bluegrass band) Pine Mountain Railroad, and people were not ready to know this thing about me. They wanted the next bluegrass record.

“This record is picking up where I left off in ’03 with story songs. The very title speaks of myself, and just kind of cutting the string and letting the balloon go. There’s a line in there that says, ‘In the absence of ambition, we realize we will have our time,’ and I don’t care for folks to know: I’m on the other side of bitterness, the other side of a bit of jealousy, the other side of a whole bunch of unrequitedness. I’m in a better place, man, and it’s freeing.”

Musical freedom long has been something Morgan, whose studio is located on Sanderson Street in Alcoa (behind The Soup Kitchen), has prized above all else. He loves bluegrass — “The Blue Grass,” as he affectionately refers to it on social media — and his abilities, particularly on the mandolin, have made him an in-demand picker and partner of a veritable who’s who of the genre: Bill Monroe, Jimmy Arnold, Karl Shiflett and Big Country Show and John Reischman, and he’s served as a member in good standing of such ensembles as Misty River, C.F. Bailey and Shadow Ridge, the Knoxville Bluegrass Band, Wild Oats (which also featured area guitar champion Steve Kaufman) and the aforementioned Pine Mountain Railroad.

At the same time, he’s an avowed fan of progressive rock, and he can wax ecstatic about Rush, King Crimson, The Fixx and various and sundry early ’80s MTV bands. With a healthy social media following, he’s developed a healthy reputation as a man of three things: faith, music and nostalgia, which anchors “The Peaceful Absence of Ambition” in a way that makes it a comfortable companion piece to records by Fred Eaglesmith, himself a faithful chronicler of times (and machines) gone by.

“I live a sequestered life, more or less,” he said. “As a music teacher, I work all the time, and I kind of get to live at my own speed. I watch really no TV, and I still listen to my LPs, and I use Spotify to listen to 1970s Rush albums, and I get to live back there (in the past). I miss a lot of things, and the way that I process it as time is moving forward is to chronicle those memories.

“I miss innocence, man. I try to write all these songs that make people remember when they were kids, and mom would make you take a bath, but you could go play before dark as long as you didn’t get dirty. That’s the way I write — like you just got out of the tub, and you can go back outside … just don’t get dirty again.”

Morgan’s memories are scattered throughout the 18 songs of his new record, all of them draped in the trappings of wistful longing and fond remembrance and filled with vivid imagery inspired, at least in part, by the late contemporary Southern novelist Larry Brown. Whether he’s paying homage to the red Firestone bike gifted to him as a boy to his Aunt Birdie’s wingback ’59 Chevy and the passel of kids who came running to catch a ride in it, those gossamer moments are ones Morgan delivers in tales of acoustic wonder and beauty.

“I just write according to the pictures I have in my mind,” he said. “‘Old Firestone Bike’ is absolutely true. We grew up really, really poor, and I was a brainiac, so when my brother would get a bike, I would get a chemistry set. I guess they thought I was going to be Jonas Salk or something, but I was always begging for a bike, and the wife of a teacher I had gave me one. I was like the kid who sees a pizza for the first time and eats a whole one because he’s never had any — she gave me a bike, and I rode over to the next county.”

Some of the songs are older — “Old Firestone Bike,” for example, was written in 2008, and “Streets of Cincinnati” was the title track to the 2003 record and “Birdie’s Wingback Chevrolet” dates back to his Pine Mountain Railroad days and has become a staple of his live sets. He’s catalog is plenty deep, and he never planned on making another album until the songs started coming last year, he said.

“They kept coming, and I just thought, ‘I’ve got a record here,’” he said. “I just had the songs, and I had to do it. And maybe my age has a little to do with it. Posterity means something, and I’m at the age where if I’m going to do something, I better do it.”

The record’s foundation stone is the song “All My Radios Are Busted,” wrapped in the sweet tendrils of melancholy memory that Morgan remembers well: lying awake on the top bunk of his bedroom, a small GE transistor radio pressed to his ear, the volume turned low, signals from faraway cities drifting over the AM band to thrill his young mind.

“I miss the ancient sounds of kilohertz,” he said. “When you turn on the radio today, it doesn’t say the same thing as it used to. You don’t hear Paul Harvey saying, ‘Good day!’ You don’t hear Tom T. Hall singing ‘Sneaky Snake.’ Everything worries you these days. There was bad stuff going on then too, but it all seemed more lighthearted.”

That’s a description that doesn’t find much of a home on “The Peaceful Absence of Ambition,” however. One of the starkest tracks, “Going Away,” was written by fellow songwriter Josh Malone. On the surface, it sounds like a song about suicide, but with just the right hint of vibrato, Morgan sings it for a different reason.

“The line in there, ‘You’ll wake up in the morning and find that I’m gone,’ that’s kind of my song to bluegrass music,” he said. “I haven’t quit, but that’s my goodbye to that girl who wouldn’t go to the dance with me. That’s the way it feels when I sing that.”

Malone isn’t the only compatriot who had a hand in the shaping of the record. It’s dedicated to local musician John “The Gritte Fritter” Dupree, a familiar face in Blount County music circles. Two other songs are co-writes with Doug Jennings, a music student of Morgan’s whose talent exceeds anything he ever expected when he came to Morgan to learn, and the two songs they wrote — “Ever Hoping I’ll See You Again” and “Runnin’ Out of Runway,” which also features songwriting contributions from Gia Bedell — “brightens up an album with a lot of melancholy,” Morgan added.

And then there’s the cover painting, a serendipitous addition if there ever was one. It’s a watercolor by Chuck Finley, a long-time manager at Aubrey’s who’s now at Bluetick Tavern in downtown Maryville and a man who’s found a second calling as a painter. A friend in Cincinnati sent Finley a random snapshot of a street in that city, which he painted in his unique style and posted to Facebook. When Morgan saw it, he was stunned.

“Something about it looked really familiar, and when I asked him to send me the picture of the original he had painted it off of,” Morgan said. “The building in the foreground was the little building I grew up in on Elm Street. So one of my best friends did a painting of my childhood home and didn’t even know he was doing it.”

It’s another sign, Morgan believes, that while ambition may not be a factor in the making and reception of this album, fate certainly is. His social media marketing efforts have led to orders from across the country. The fact that they’re out there, cueing up to buy an album he never expected to make and sharing in the warmth of old memories and times long ago, is all the reward Morgan needs these days.

“With social media being what it is, I’ve been able to get my word out about what it is that my heart actually wants to do, and I’ve found an audience,” he said. “When you have something to say and no audience, boy, you’re miserable. But I have an audience now, and I couldn’t be any more thankful.”