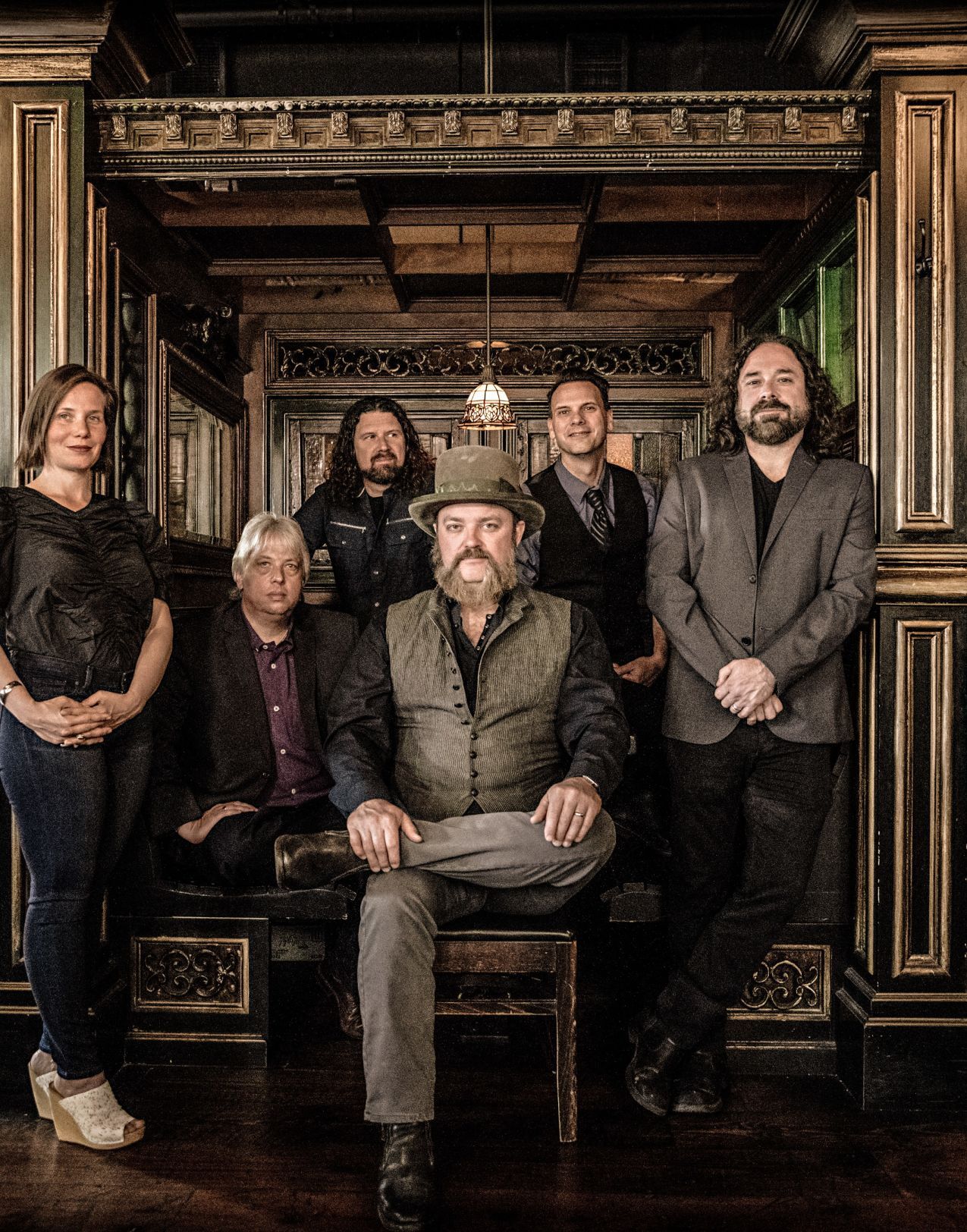 The John Driskell Hopkins Band will kick off the 2021-2022 concert season at the Clayton Center for the Arts on the Maryville College campus on Sunday night. 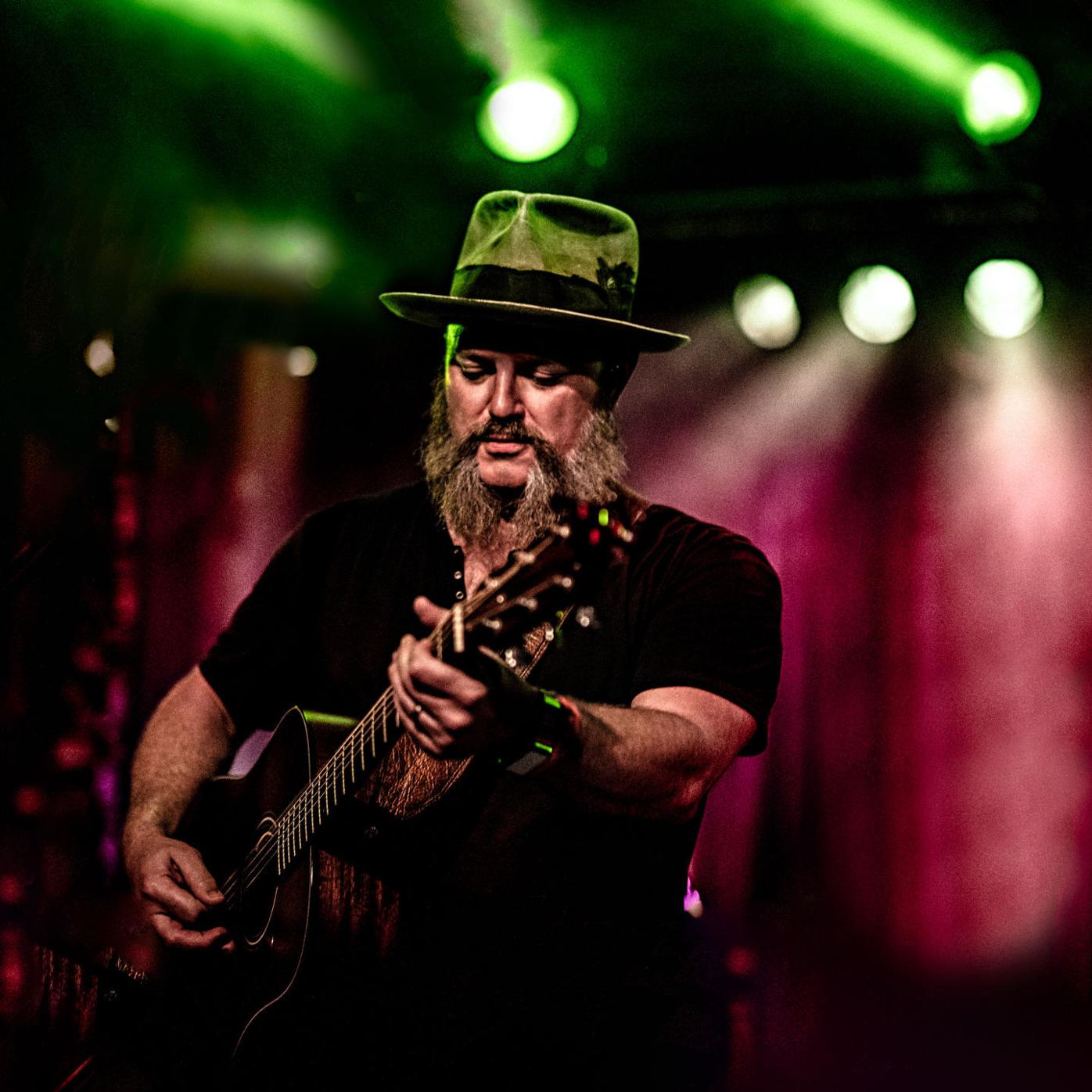 The John Driskell Hopkins Band will kick off the 2021-2022 concert season at the Clayton Center for the Arts on the Maryville College campus on Sunday night.

For a year and a half now, the stage in the Nutt Auditorium at the Clayton Center for the Arts has been mostly dark, save for a few one-off performances here and there, but the guy who opens it back up for the 2021-2022 season on Sunday night isn’t sure he’s up to the job.

Sure, John Driskell Hopkins is a more-than-capable musician. After all, he was in on the ground floor when the Zac Brown Band got its start, eventually joining the group full-time in 2005 and remaining an integral part of the lineup today. And he’s never ceased to focus on his various side projects, from his old rock project Brighter Shade, which still gigs around the Atlanta area on occasion, to his forays into bluegrass to collections of holiday records to the John Driskell Hopkins Band, which performs at the Clayton Center this weekend.

But Hopkins — “Hop” to his friends and peers — is a humble guy, and whether he’s joining the Zac Brown Band on stage at Fenway Park, which he did last month, or playing a theater show of his own tunes, it’s difficult feeling like what he does makes a difference in a world that’s seemed to take a sharp left turn toward insanity over the last 18 months, he told The Daily Times recently.

“I don’t know that even I stayed sane, particularly, because there were moments I didn’t know what to do,” he said. “Luckily, I’ve got a recording studio, so in the beginning we were able to mask up and make music in a fairly large area separately, and we sort of just kind of put our energy into creation, whereas before it was largely based in live performance. But we definitely felt alienated and disconnected from our normal lives, because we couldn’t see anyone.

“In fact, the biggest obstacle I’m dealing with right now after getting back on stages is trying to feel important. It’s hard to be a rock star and go cheese it up and ham it up for a bunch of people when you don’t feel like you matter, and that’s really put a lot of perspective in what we do. In some ways it’s more important for me to ham it up, to mug to the crowd so that they feel like we’re back, but it’s tough to feel important in the midst of so much turmoil.”

That Aug. 8 Fenway show, part of the Zac Brown Band’s “Comeback Tour,” showed him why the music he makes, either with that band or his own, is perhaps more important than ever before: Music has become both a respite from the vagaries of life in 2021 and a reassurance that despite the cascade failure of everything from politics to pandemics to world affairs, there’s still something out there than can make people feel good.

“We just found ourselves laughing on stage and cutting up more, which is sort of a throwback to our earlier days,” he said. “We genuinely missed each other and being out there in front of all those amazing fans, and after a few weeks back out on the road, I anticipate it will continue to feel more normal with time.”

When the Zac Brown Band is on an extended break, he can ease back into the role of being a bandleader, a role he never takes for granted but is something of an old hat. After meeting Brown in 1998, he recorded the Zac Brown Band debut record, “Home Grown,” in his own studio. In 2005, he stepped in as the band’s bass player and has been part of the group’s meteoric rise through more than a dozen No. 1s and enough awards to line a trophy case.

Never one to settle in a single lane, however, Hopkins became more interested in bluegrass during one of the band’s early gigs at the North Carolina Merlfest gathering, and he approached the bluegrass band Balsam Range to cut “Daylight,” released in 2012. From there, he pivoted toward the most wonderful time of the year and began releasing various holiday-centric albums, starting with “In the Spirit: A Celebration of the Holidays,” recorded with the Atlanta Pops Orchestra and released in 2015.

He credits those Christmas records, he said, with broadening his approach to music.

“In 2015, I was working with the Atlanta Pops Orchestra, and I still do stuff with them. In 2017, I did one (“You Better Watch Out!”) with the Joe Gransden Big Band, and it’s got that Sinatra/Harry Connick Jr. jazz thing all over it,” he said. “In 2019, I made one (“Our Finest Gifts”) with the ATL Collective, doing R&B hits from 1950 to 1955. And even though all of those records were cover songs and tributes to traditional Christmas songs, they were genre specific in lots of ways I was not well versed in, so the student in me really benefited in being a part of those in the same way it did being with Balsam Range.

“I just love sponging up as much genre information as I can into my bones, and I think that was apparent on ‘Lonesome High’ (the record credited solely to Hopkins released earlier this year). I’ve been working on it for several years now, and I think doing some things that were not necessarily in my lane was probably because of all the spectacular musicians I’ve worked with over the years.”

On “Lonesome High,” the bluegrass overtones of “Daylight” are still there, but they’re complimented by a wide variety of other sounds and genres, from the driving country-rock of “8 Tracks in My Daddy’s Cadillac” to the melancholy balladry of “I Hate to See Good Whiskey Go to Waste” to the up-tempo Springsteen-esque rocker “Missing You All, All the Time.” While Hopkins’ name is on the album jacket, it’s most definitely not a solo affair, however.

“This band has been playing with me for several years now, so a lot of these things we’ve put together, they’ve come across them the same way that I have,” he said. “This group has sort of organically learned a lot with me, and we’re just as much a group as the Zac Brown Band is — we’re just not nearly as busy! But we stayed busier during COVID than we normally have been, because we could go to a cul-de-sac and play for a private party, or go to a brewery and play for 400 people, whereas the Zac Brown Band can’t play for less than 10,000 to 15,000 people without breaking the bank, because it’s expensive to put on that show, and you need those crowds.”

And, he added, his bandmates fill his artistic soul in a way that’s just as important as the group with which he made his bones. Hopkins can pick a guitar and play solo when the mood strikes him, and his rich vocals serve as an instrument every bit as melodic as those in the hands of his capable players. But it’s the union of those sounds that makes a John Driskell Hopkins Band show a family affair, he said.

“I do love to collaborate, and I do love to draw energy from other people, and I do that with my band on a regular basis,” he said. “I’m comfortable as a leader of my band, but it just needs to be known that all of my players are very similar to the way the Zac Brown Band operates, because so many of them have their own songwriting careers and their own albums and own shows outside of what we’re doing.

“That’s another lesson I’ve learned that’s very important: You need to surround yourself with people who just can’t help but create as a part of their lives. When you get people who are the most passionate about what they do, that’s when you have these amazing opportunities.”

COVID PRECAUTIONS: Masks are required inside the Clayton Center