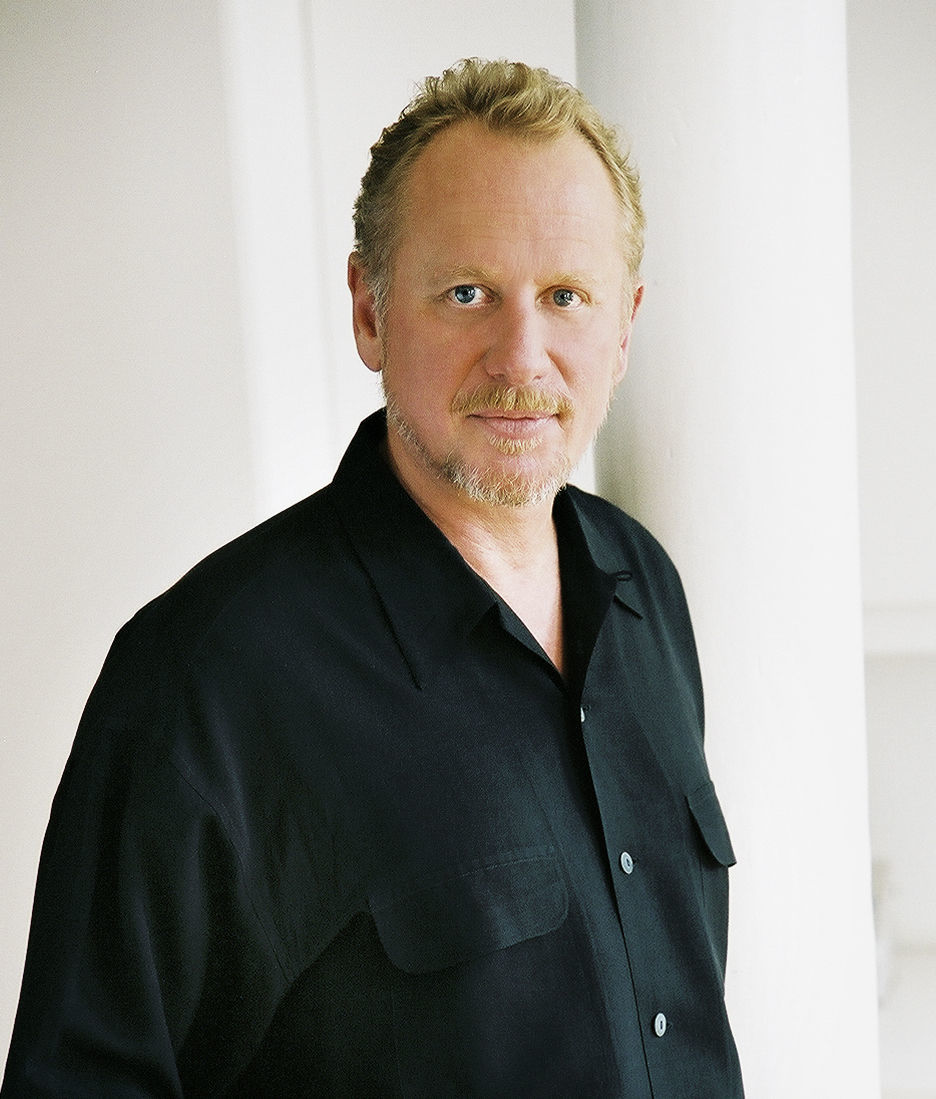 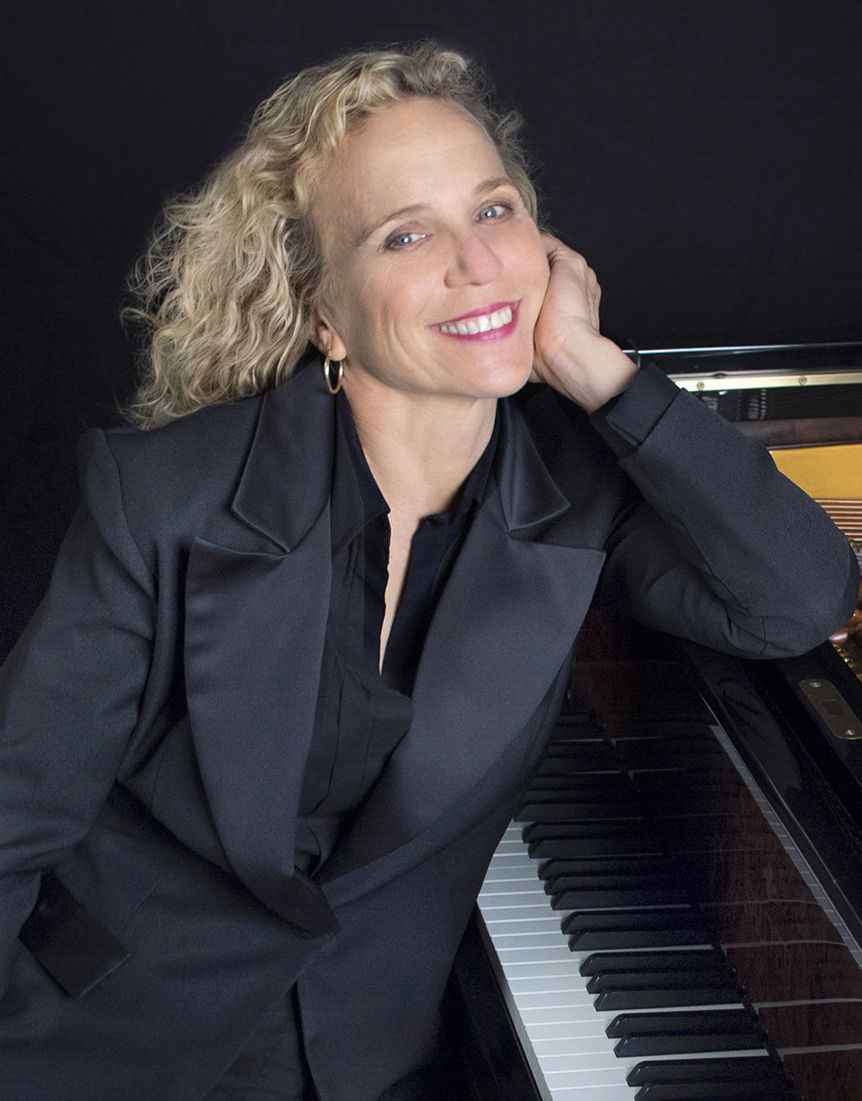 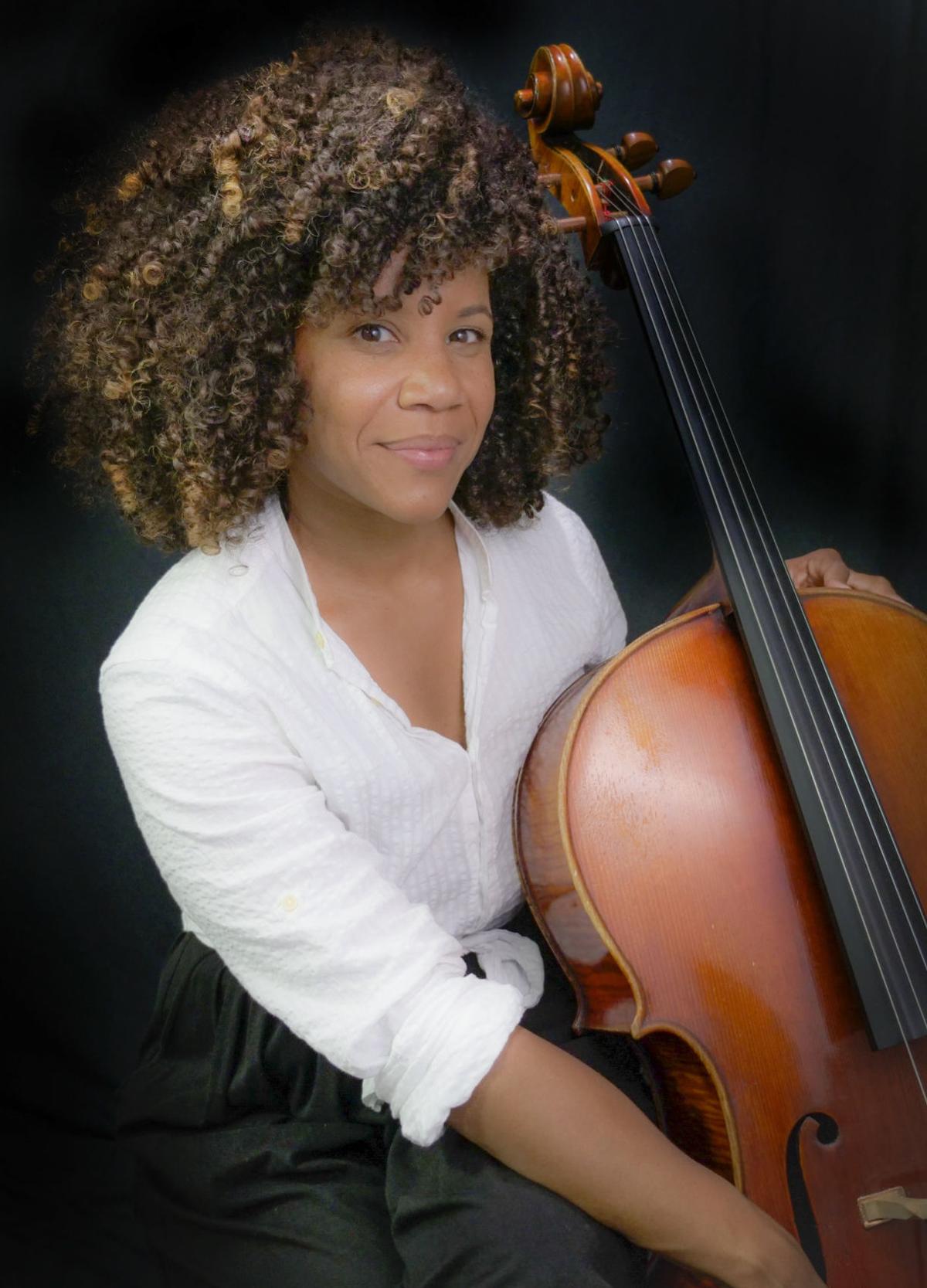 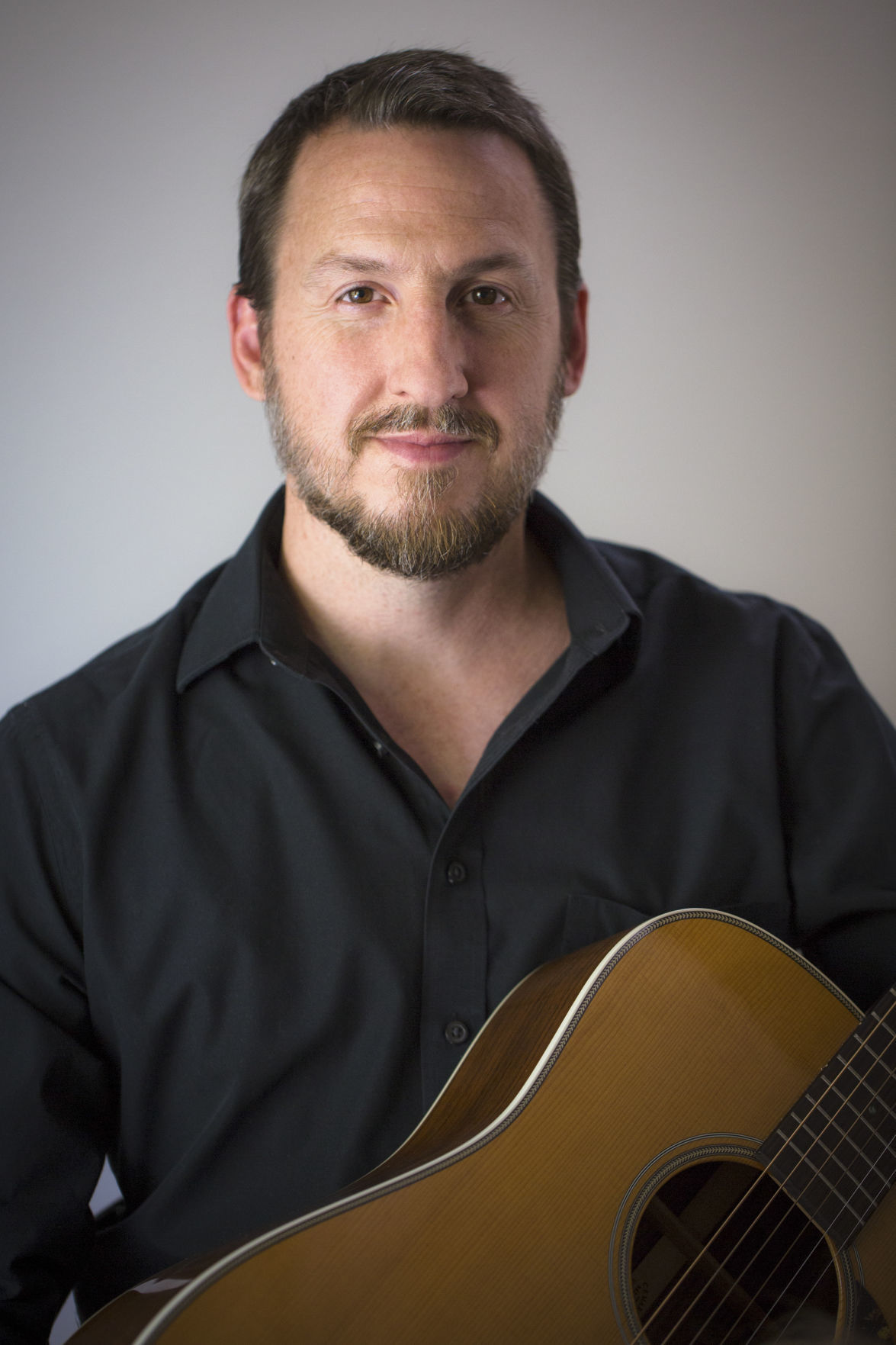 All of his life, music has been a sort of salvation for Will Ackerman.

The guitarist, composer, producer and founder of the instrumental label Windham Hill used it as a refuge during an upbringing that delivered more hardship than young boys deserve: At age 12, he found his mother after she had committed suicide. As a young man, it became a way out of the preordained future he thought was laid out before him.

These days, it connects him to his family and his farm in West Dummerston, Vermont, and next week, it will connect him to the audience at the Clayton Center for the Arts, where concert-goers are invited to attend the Windham Hill Winter Solstice Concert, featuring Ackerman and several guests.

Music is, he told The Daily Times this week, a metaphor for many things, not the least of which is his own personal salvation.

“I did not have an ideal childhood; it was tough, but I’ve found such refuge in music my whole life,” he said. “I was so absorbed in it, from the second and third grades on, that it’s always been a source of refuge to me, among other things. I never imagined that I was going to become a musician or anything like that; I assumed I would be an English professor, which was sort of the family business.”

It could be argued, however, that the Windham Hill holiday spirit — lilting elegiac reinterpretations of sacred Christmas songs from both religious and secular traditions, alongside original pieces by some of the world’s most talented contemporary composers — even had its roots in Ackerman’s childhood. His father, he said, was the head of the English department at Stanford University, and his mother was the English department head at Smith and Radcliffe colleges.

Needless to say, traditional holiday fare wasn’t on the turntable in the Ackerman household in those days, he added.

“My father loved Gregorian chants, probably because of the Latin,” he said. “To me, they were absolutely beautiful, and I still love the form, but they were obviously very, very contemplative and metaphorical. It wasn’t ‘Jingle Bells,’ and there weren’t any lyrics. It was all about the feeling, and the feeling of reverence that came from them.

“That wasn’t something I was objectifying at such a young age, but it was something that was reaching my heart — the metaphor and the reverence, and that’s what the Winter Solstice Concert reflects. That’s what this music is meant to convey. It’s very much of the heart, and it’s very reverentially done — and I don’t mean that from the standpoint of organized religion. It’s music with a conveyed depth and real heart and meaning.”

Ackerman was a student himself at Stanford when Windham Hill was born. According to his online biography, he played guitar in the archway of the old student union on the Stanford campus and, encouraged to record his songs, he contacted a pressing company to inquire about prices for making an album, he said.

“People give me credit for this incredible decision, and I will say I think I made a lot of good choices along the way,” he said. “I remember when the record-pressing plant said they needed a minimum order of 300 records, and I thought, ‘Oh, crap, I’m going to have 200 records in my closet the rest of my life.’ For me, it’s just been a series of binary decisions: ‘Yes, I will do this; no, I won’t do this.’ There really wasn’t a vision, although I think I must have had some pretty good instincts in that regard, to go from a borrowed amount of money for 300 records to a company doing $40 million a year. I had to have done something right.”

Windham Hill found traction when Ackerman and his cousin toured Germany in 1979. While there, he began playing a cassette of piano music for friends and acquaintances of songs by an artist by the name of George Winston. As the founder of Windham Hill, Ackerman produced Winston’s landmark 1980 album “Autumn,” which put the label on the map and introduced millions of people to a sound that would be described in many circles as New Age music. As more artists found their way to the Windham Hill stable, the label’s samplers became year-end staples of radio station playlists.

“We just had tremendous support from progressive FM, and at the time, we were sending a lot of albums out for play,” he said. “I would punch holes in the records so they wouldn’t end up in a record store being resold, and my hand got tired using a hole punch! So I thought, let’s make one record with a track from each of the records we released in the last year, and that’ll be just one hole punch.

“Somewhere along the line, it occurred to me we could also be doing the same sort of thing, using one track from every artist, and do something seasonally appropriate — music that was reflective of what Windham Hill did, musically and metaphorically, to convey a sense of the season. Those Windham Hill samplers were dedicated to something that I felt emotionally represented what Windham Hill did.”

Defining the Windham Hill “sound,” however, has been a challenge from the outset. The New Age moniker often was used as a substitute for delving into more complex notions of musicality and nuance, but along the way it became associated with “easy listening,” something that Windham Hill music most certainly is not. Gentle, mellow, thoughtful, reverential — all are applicable, but with elements of classical, jazz, folk, Celtic and more, it’s also a layered approach to music that evokes moods as much as it does anything else, Ackerman said.

“I would say that it’s all about heart and all about feeling,” he said. “Beyond that, I really don’t know what to say. What’s that quote? ‘Talking about music is like dancing about architecture,’ or something to that effect. We can go on forever about it, but ultimately, it is the metaphor, it is the heart and how you express that, and furthermore, it’s a very subjective experience. My experience with it won’t be the same experience for somebody else.”

Regardless of personal interpretation, the Winter Solstice performance will feature pianist and fiddler Barbara Higbie, a veteran of the band Montreux; multi-instrumentalist Todd Boston; and cellist Mia Pixley. With Ackerman in the mix, it’s a performance of four different writing styles performing in a number of combinations, he said.

“We’re going to be doing solos, duos, trios and quartets, but it’s a very fluid thing,” he said. “We’re all on stage at the same time, but it’s in flux. There’s a unity to it and a nice flow to it, and I think it moves from very contemplative to reasonably energetic. It’s not a static thing at all, from the standpoint of the musical style and in terms of who’s on stage at the moment.”

On top of that, the Winter Solstice Concert serves as something of a bridge to the past. Nature has always been a source of inspiration for Ackerman, he said, and today, he and his family raise birds on a 282-acre farm in the Vermont countryside. In many ways, celebrating the season through song, Windham Hill style, hearkens back to a time when man had an intimate relationship with the land and retreated indoors to ride out the colder, darker months.

“It’s music that reaches the heart and speaks to the beauty of the season and the meaning of the season for anyone, whatever their religion,” he said. “I think it’s a time when people are driven indoors physically and, metaphorically, into our psyches. While it’s snowing outside, we’re inside, and it’s a time to be contemplative. For me, it was about finding an alternative to ‘Jingle Bells,’ back when I was a child.

“I’ve got no gripe with ‘Jingle Bells,’ but this is a time of reverence, and winter is very often a solitary thing. We’re going inside the psyche for most of this music, and we’re trying to come up with something that expresses the joy of family and unity and memories of lovely Christmases. So much of this season has been trivialized and commercialized these days that I think anything that can move us away from that is preferable.”