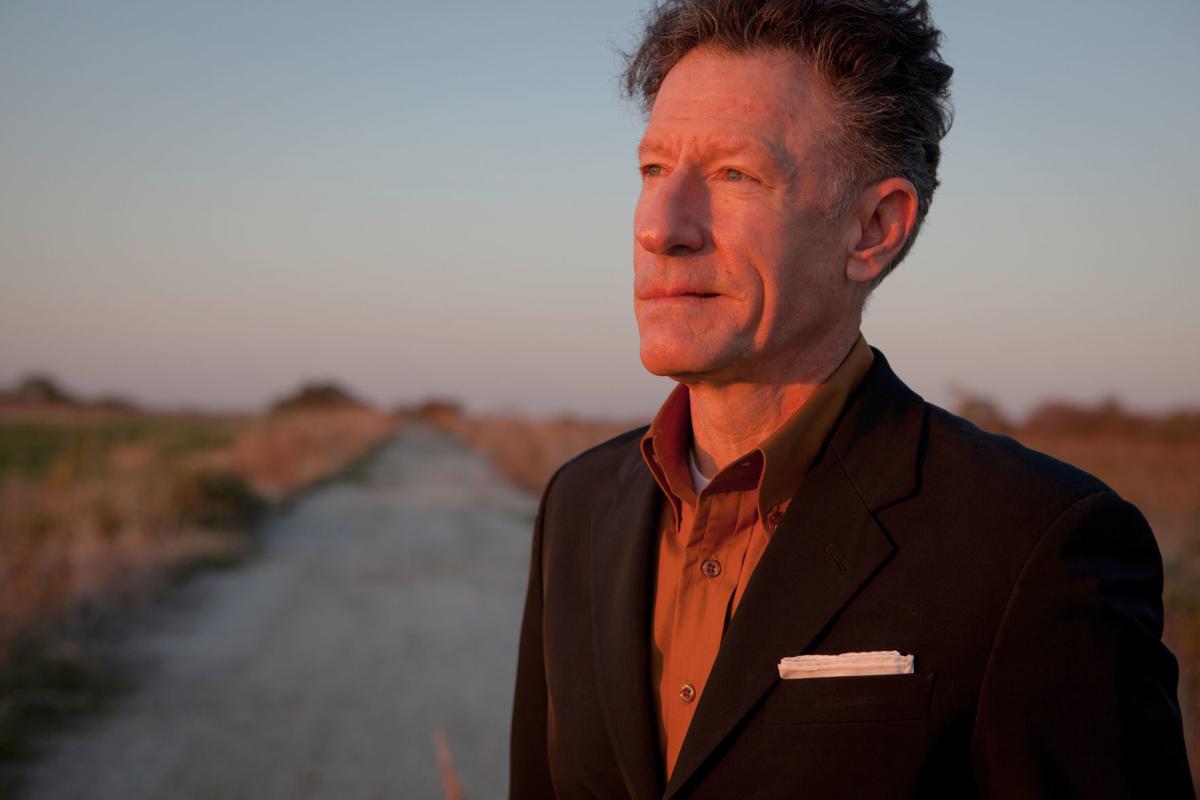 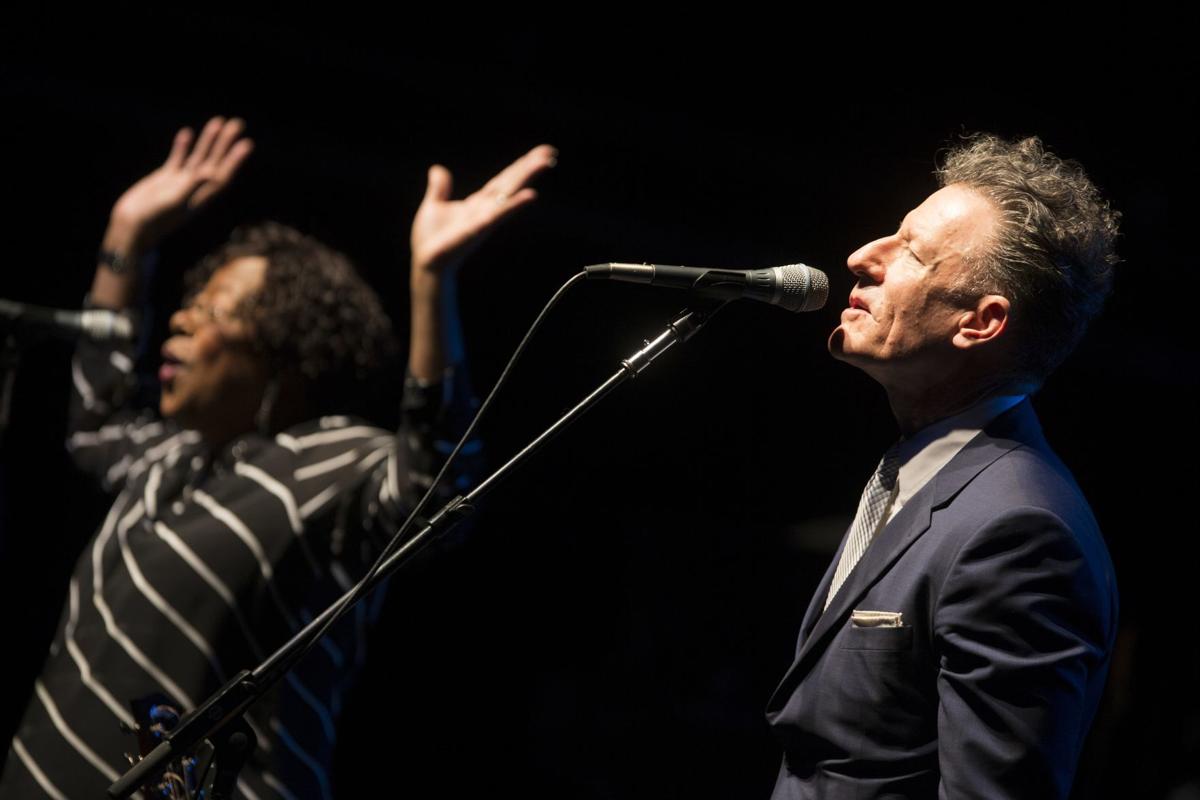 Lyle Lovett and his acoustic group perform Monday at the Tennessee Theatre in Knoxville.

Lyle Lovett and his acoustic group perform Monday at the Tennessee Theatre in Knoxville.

The majestic Tennessee Theatre in downtown Knoxville has undergone a lot of changes since Lyle Lovett, the country troubadour with the world-famous hair, first started playing there three decades ago.

In January 2005, it reopened after a $25 million face-lift as one of the most opulent concert venues in the Southeast, its Spanish-style architecture accentuated by a refurbishment that transformed it into one of Lovett’s favorite places to play. But even before that, he told The Daily Times recently, its rustic charm made an ideal fit for the intimacy of his music and the warmth of his personality.

“Before, it was charming, but it was a little rustic. Sometimes it had power issues, and I remember one time the PA cut off during the show, but I always loved playing it,” said Lovett, calling in from a tour stop in Bozeman, Montana. “Ashley (Capps, founder of AC Entertainment, which books the Tennessee and other East Tennessee venues) is the one who started bringing us to Knoxville in my early touring days — I think it was ’88 or ’89, because that’s when we started carrying horns and calling it the Large Band.

“I love Ashley — what a tremendous force of nature he is, and I’m so happy to see his success. He was just loyal and great to me from the beginning, so Knoxville is always one of those dates that I look forward to. Ashley would always have great food for us, and when you’re on the road, you remember things like that. The day was always smooth whenever we worked with Ashley.”

That Lovett attributes his success in markets like East Tennessee to others is a testament to his Texas gentility. That he can turn a 1,600-seat venue like the Tennessee into a gathering of friends and family is an exemplification of his ability to pen songs that run the gamut from witty and bitingly clever to forlorn and heartbreakingly beautiful. Whether he’s remembering family members who have passed on in a song like “Family Reserve” or describing an acquaintance who had her grandmother’s gold tooth turned into a ring in the song “Creeps Like Me,” there’s an emotional attachment in every word, he said.

“Writing to genuine emotion is where my songs come from,” he said. “I’ve always had a hard time just making something up out of the blue based on a thought or an idea, in terms of just searching for something to write about. That kind of makes me not a writer, I think — not a true craftsman, because I have to be connected to what I’m writing in some way. And I say that without any confidence in all that.

“Writing is hard, and writing something worth imposing on someone else is even harder, and how it all works is beyond me. But just talking about it makes me think that my songs don’t come from my mind; they come more from my heart, from what I feel and what I might see. It’s not a made-up observational process: I have to actually experience something for it to strike me, for a phrase or a title or a lyric to come into my mind. My songs truly are from my life, and I’ve always felt that if somebody knows my songs, they know me pretty well.”

Case in point: “Family Reserve,” which namechecks people like Uncle Eugene, Uncle Wilbur and a second cousin named Calloway. They’re all dead now, which means the vast majority of Lovett’s fans never met them, but naming them is a way of making the song more personal. That’s a lesson he learned at the feet of the late, great Guy Clark, who served as something of a musical mentor to Lovett and many of his Texas peers.

“Guy would mention people or a name. When I first heard ‘LA Freeway’ and heard about Skinny Dennis, my next thought was that it pulled me in that much more,” he said. “It made me think, ‘Who’s Skinny Dennis? Who’s that about? How do I find out more about that?’ If writing can do that, can spark your curiosity and make you lean in a little more, then you’ve done something.

“Listening to Guy’s songs, I felt it was OK to do that, that it’s OK not to over-explain something. What I’m after is to have enough of a narrative thread that if you drop a breadcrumb and someone does follow the breadcrumbs, it will lead them somewhere.”

Lovett has always been something of a country music Renaissance man. He hasn’t enjoyed the chart success of many of his peers, but he’s more often associated with the critically distinguished list of singer-songwriters from Texas that influenced him — guys like Clark, Robert Earl Keen, Townes Van Zandt and Walter Hyatt. He’s never shaped his music to fit inside the preconceived packaging of Nashville industry executives, choosing instead to blend it with jazz, Big Band, Western swing and gospel. And with his trademark shock of towering curly hair, he’s been impossible to miss in the various projects that have given him a side career as an actor — movies like “The Player” and “Walk Hard: The Dewey Cox Story” and TV shows like “Mad About You” and “Dharma and Greg.”

He released his self-titled debut in 1986, his first record for the Curb label; it featured three Top 20 songs on the Billboard country singles chart (including the No. 10 hit “Cowboy Man,” his highest-charting single to date) and put him on the map.

Follow-up records included “Pontiac,” “Joshua Judges Ruth” and his last studio album of original music, 2009’s “Natural Forces,” among others — all told, he’s put out 11 studio albums and one live effort. His most recent, “Release Me,” was his final album for the Curb label, and the songs include a few originals as well as songs that go back to his early days as a performer, back when he toured across Texas playing state fairs and honky tonks long since forgotten.

It’s been nine years since that project was released, however, but for fans who have been waiting patiently, including those who will be in the audience when Lovett returns to The Tennessee Theatre on Monday with his Acoustic Group, there’s a new record on the horizon. In November, he said, he’ll go into the studio to make his debut album for the Verve label.

“It’s just more of my songs,” he said. “I really enjoy involving the people that I work with — the people I’ve been so fortunate to play live with over the years, the people I record with. One of my objectives on stage and in the studio is to highlight the people I work with so that the arrangements will reflect that. What I have in my mind is to try to represent the classics of live performance, whether it’s what I do with the Large Band or songs for the Acoustic Group that I’m touring with right now.”

He is, in other words, a true country squire — gracious to a fault, enthusiastic about the possibilities of collaboration and a congenial tour guide through the songs that come to life through nimble fingers and a rich baritone that hovers somewhere between languid weariness and warbling anticipation. When he takes the stage, a venue like the Tennessee Theatre may begin as a room full of (mostly) strangers, but by the time the final note is played, it’s become a giant living room full of party guests, gathered around a grinning, dapper host who’s truly grateful for every attendee.

“That was how I started playing music, and I feel like I’ve been able, thanks to the audience, to just be myself my whole career. And in doing that, it’s what makes for a pretty nice life, just kind of being able to go around being yourself.”

Lyle Lovett and his Acoustic Group