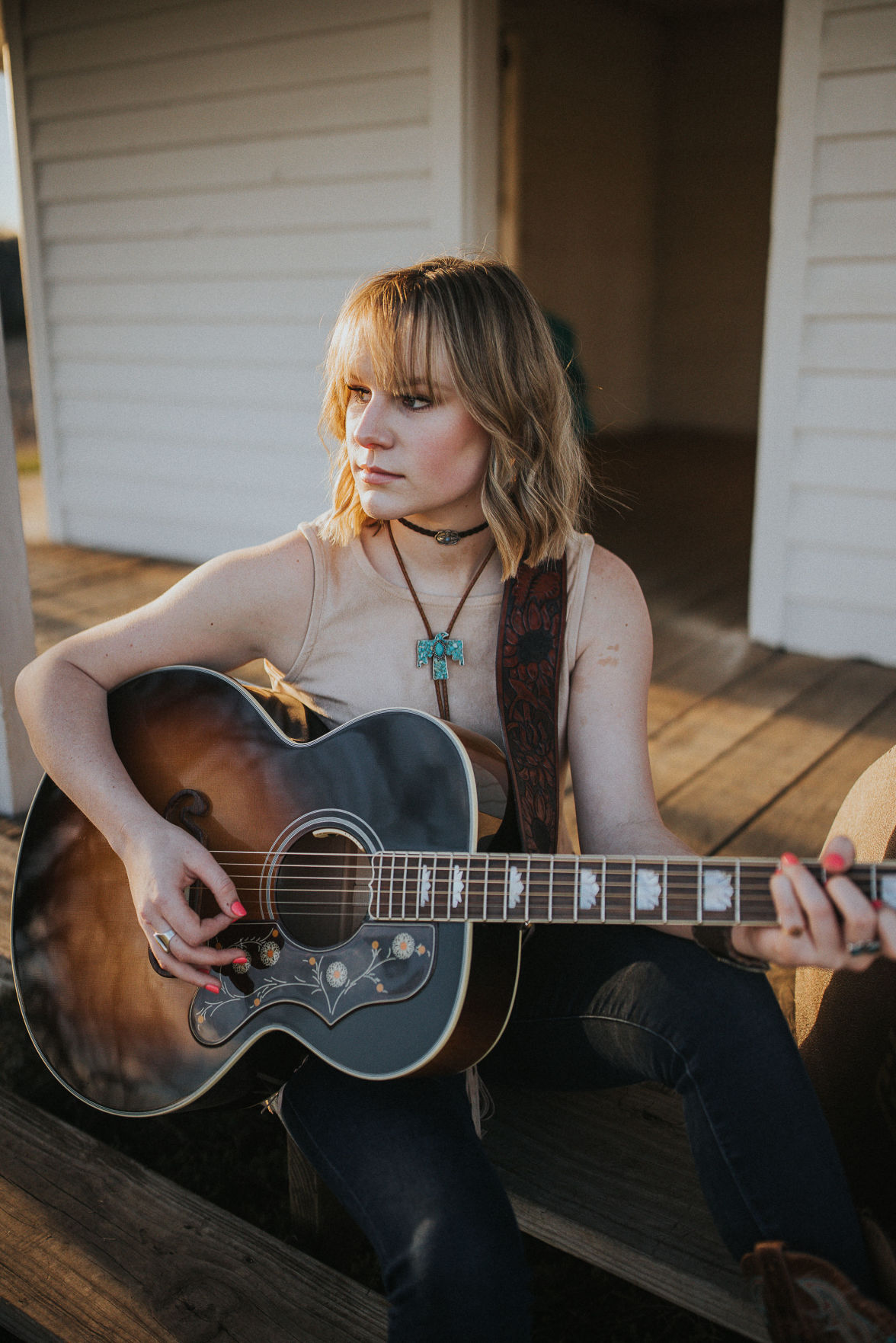 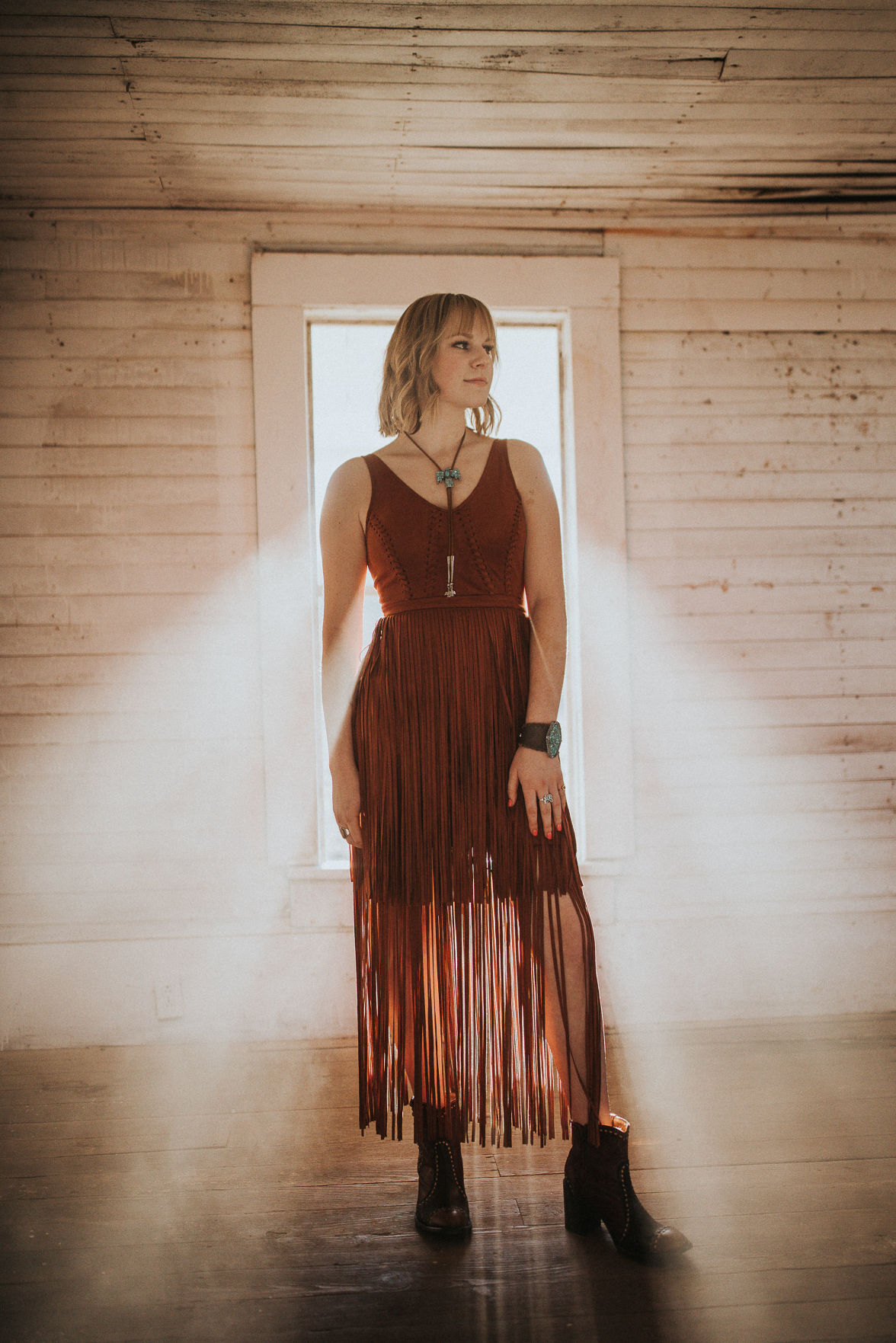 The difference between Gatlinburg and Maryville isn’t just measured in miles for country singer Sara Collins.

The Louisiana native, Dandridge resident and former contestant on the hit TV competition series “The Voice” is a familiar fixture at Gatlinburg’s Ole Red, the restaurant and live music venue owned in part by country star (and “Voice” judge) Blake Shelton. Up there, she plays to a lot of tourists and locals who need some tunes to help them unwind after long days and nights in the service industry.

It’s a little glitzy, despite the down-home kitsch; there’s no smoking inside, and the ambience is built around the experience. Over at Two Doors Down on East Broadway in downtown Maryville, however, it’s a different experience altogether.

“I love Ole Red, but it’s kind of different, because it’s not a smoky bar, and it’s a very different scene,” Collins told The Daily Times recently. “I really love Two Doors, because it’s a lot of fun to go back to a bar and just have fun, where you can say what you want and do whatever you want, and people are going to laugh and heckle you and sing along.

“And from what I hear, I have a girl crowd at Two Doors, and it’s totally awesome! At concerts by men, the boys and girls can both get rowdy, but men aren’t really like that at concerts by women. But seeing women get like that at a concert by another woman? It’s the greatest thing ever. It’s such a vibe and such an empowering feeling.”

Collins grew up in Baton Rouge, and while the sounds of the swampy Southern state of Louisiana are most often associated with Cajun and zydeco music, the influence of melodies from across the musical spectrum make it a much richer breeding ground for talent than many folks realize, Collins said. Her own journey started when she was 6, and her parents bought her a piano for Christmas. Lessons followed, and with time she found an outlet through which to express herself.

“I was a really shy kid, and it wasn’t until middle school and I started doing musical theater that I came out of my shell,” she said. “I started playing guitar and taking vocal lessons, and that was the time I realized I really liked music and started focusing on it.”

Country, she recalled, quickly became her genre of choice. The ability by the genre’s most gifted songwriters to tell tales of heartbreak and tragedy and darkness and love and all of the other facets of the human experience within the confines of a three minute and 30-second song grabbed her from the outset.

“It was kind of always where my heart was, because there’s so much you can say and feel,” she said. “I love other music as well, but you can tell such a story in country music.”

As a teen, she began playing around the Baton Rouge scene; by 15, she was a regular opener for bigger names performing at the city’s premier venue The Texas Club, priming the crowds for artists like Hunter Hayes, Morgan Wallen and more. In 2020, she landed her biggest public appearance to date — as a competitor on “The Voice,” chosen by country star Kelly Clarkson and advancing to the battle rounds before being eliminated.

“Technically, I was on the season where COVID hit, but everything for me was normal,” she said. “I had so much fun, because they would put you up in a hotel, take you to rehearsals and do all these fittings. You could be in (wardrobe) for three hours putting on clothes, and then you would get back in the van, and they would take you back to the hotel.

“It was so cool, and it made you feel like such a superstar. I made a lot of really cool friends, and Kelly Clarkson was just the coolest, most genuine person ever.”

These days, Collins and her family live on Douglas Lake in Dandridge, having moved after her father retired. They had traveled back and forth for years to vacation in the Great Smoky Mountains, and since becoming a permanent East Tennessee resident, she began carving out a musical place for herself locally. Around the time she landed here, Ole Red was looking for musicians to play consistently (one of those, Johnathen “Johno” Clayton, is a Greenback native), and Collins became a part of the venue’s regular stable of performers.

“I’m a very strong part of that place, and I’m proud of that,” she said. “From there, I just started playing other places, like the Smoky Mountain Brewery locations, and I’ve really gotten to know a lot of people.”

She’s currently working on a new album, having just released a new single in August — “Airplane Mode,” a languid, breezy song about island escapes and margaritas and getting out of “small town, Tennessee.” It’s a sublime dance between nimble guitar work and Collins’ voice, which hints at some heavy duty firepower but meets the needs of a getaway ballad that’s best described as tropical country.

“I’m currently working on an album coming out next year, but we’re taking it day by day,” she said. “I’m thinking about a whole bunch of different venues and just playing music. It’s always music, and it’s always going to be music — ever-growing and ever-changing. I love that about it, because that’s me. Music is me!”

And when she takes the Two Doors stage on Saturday, she’ll play it for everybody else as well — especially the ladies in the audience who inspire her and are inspired by her tunes in turn.

“I love playing originals, but I’ll sing Shania Twain all night long if it means that one girl who hasn’t gotten up to dance yet is going to get up and do it, because my music makes her feel like she has the courage to,” she said.