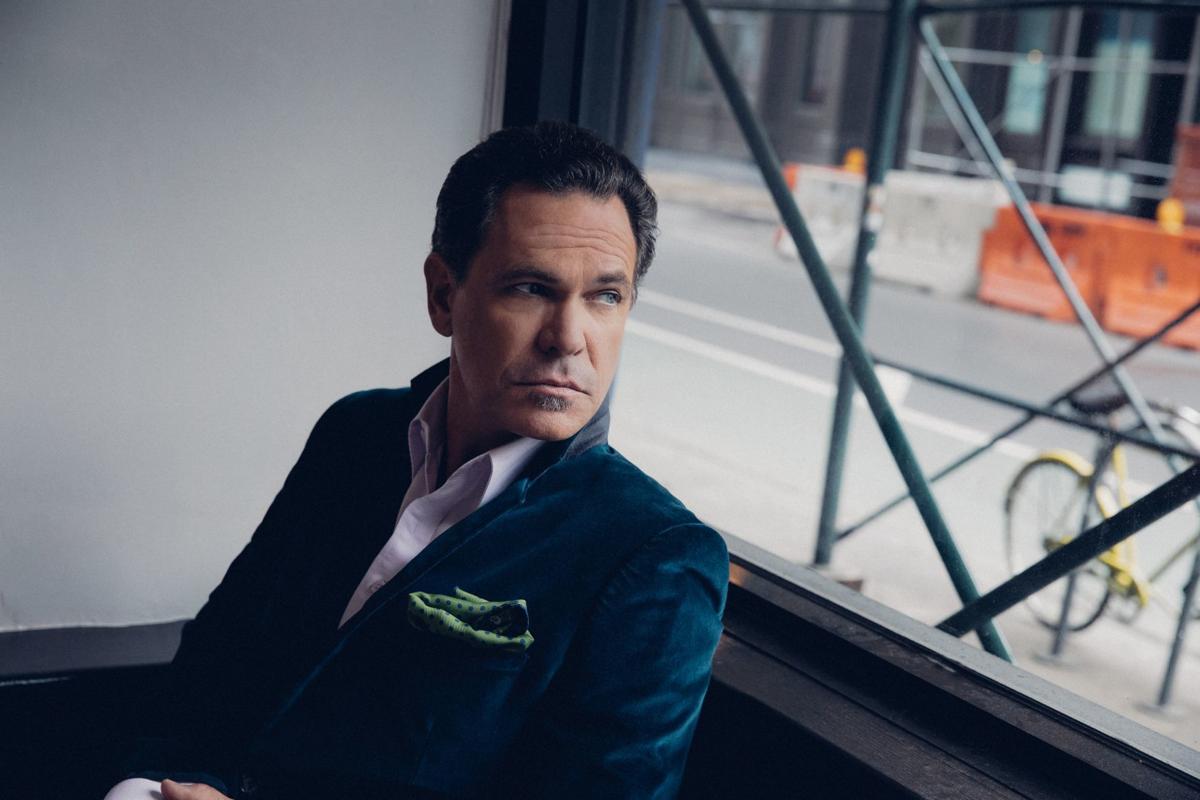 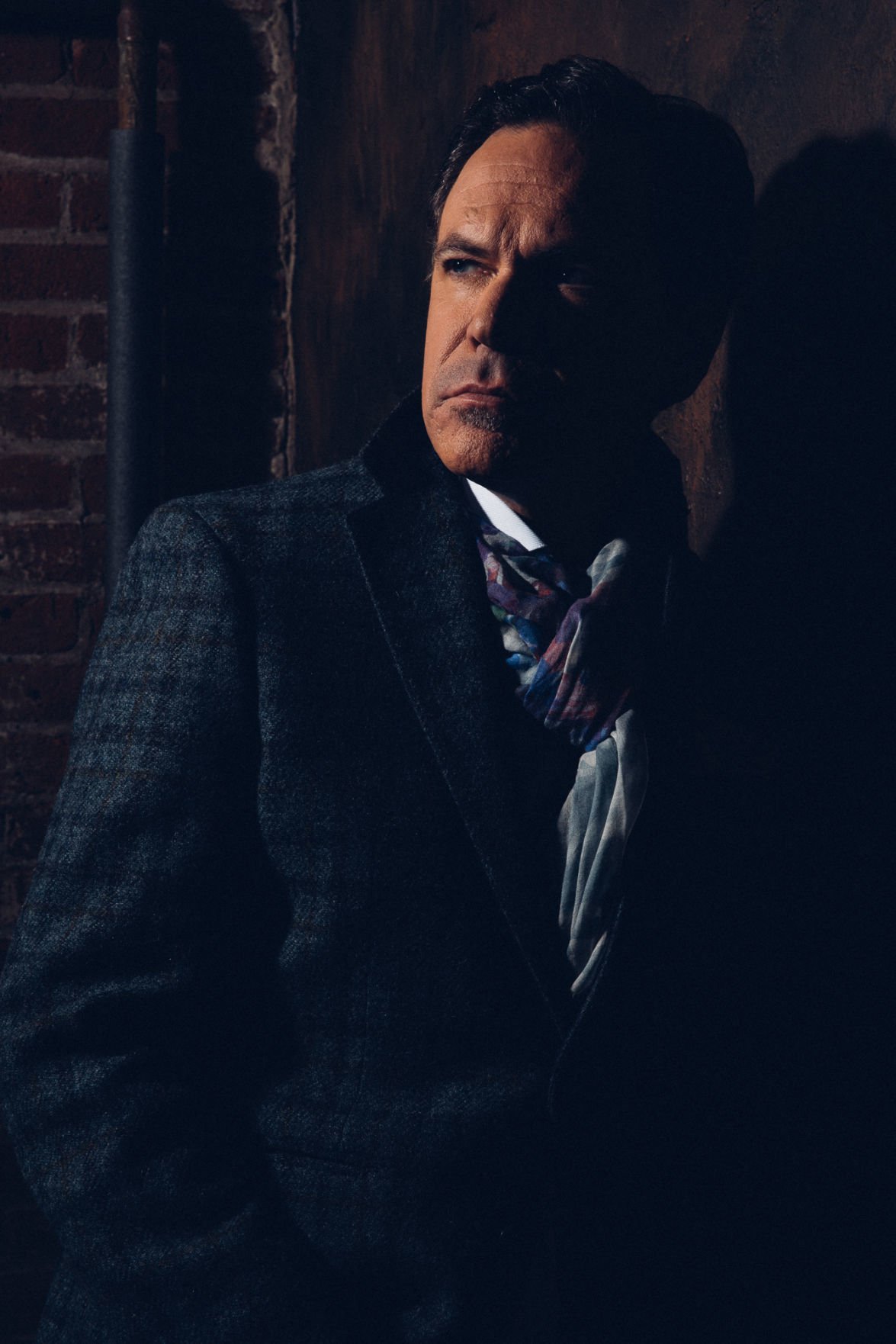 Technically, it changed the next morning, when he showed up to a philosophy of religion class at the University of Chicago School of Divinity, where he’d turned in a paper to his professor.

“He said, ‘Mr. Elling, I have read your paper several times, and I have come to the conclusion that you don’t know what you are talking about!’” Elling recalled to The Daily Times recently, chuckling at the memory. “That was the big ‘ah-ha moment’ when I sort of mutually took myself out of graduate school. The night before, I had been up until 2 or 3 in the morning with (heralded Chicago tenor sax player) Von Freeman. He had his arm around me, and I had mine around him, and we were having a wonderful time. He kept saying, ‘Sing another one! You sound great — sing another one!’

“I had worked really, really hard in graduate school, but in retrospect, I can see why it didn’t work out, because I wasn’t really there to grapple with philosophical issues in a way that professional philosophers do. I wanted to be poetically driven, and I wanted to be mentally inspired. There were times when that happened — when professors could really put together ideas and history and cultural legacy and their own inspired mental leaps that were, in a way, awe-inspiring — but in my experience, it was much more like going to engineering school: ‘Here’s an electrical grid. Does the light bulb go on or not?’”

In other words, his absorption of philosophy and theory was a passive experience, and for Elling, that wasn’t good enough. Reading about the how and why of existence wasn’t nearly as engaging as experiencing it for himself, and so, he said, he set out to do just that. In early 1992, he withdrew from school and set out to pursue jazz — as a career, as an art form and as a philosophy in and of itself. Immanuel Kant (the German philosopher) was too static; Elling craved something more, he said.

“I was really hoping to get that level of mental currency, but my talents didn’t lend themselves to that,” he said. “Jazz is still such a young art form, and to be a lyricist is to have the wealth of this young art form just laying at my feet. Most of the creativity, in the performance and as a writer, comes from this kind of creative juxtaposition, using two ideas that haven’t rubbed up against each other in a certain kind of way before.

“It was a big challenge, because I just hadn’t thought that I could make a living as a jazz singer. When I realized that I could, it was so unexpected. It’s a surprise to me, even these days, that I get to have this life.”

Tuesday, Elling’s journey brings him to East Tennessee, where he’ll perform at downtown Knoxville’s Bijou Theatre with the Knoxville Jazz Orchestra. The program, titled “A Century of Heroes: Kurt Elling Sings Sinatra, Nat ‘King’ Cole, Ellington and Jon Hendricks,” is firmly within his wheelhouse. After all, he won a Grammy in 2010 for his interpretation of the 1963 jazz classic “John Coltrane and Johnny Hartman.” “Dedicated to You: Kurt Elling Sings the Music of Coltrane and Hartman” was recorded live and includes segments of Coltrane’s 1962 “Ballads” album and was Elling’s eighth Grammy nomination at the time. (He’s since been nominated for three more.)

He doesn’t perform or record with awards in mind, of course. When he first started singing, he said, he wasn’t even given the spotlight by the man who first put him on stage: his father, who was an organist at a Chicago-area Lutheran church.

“When your dad’s the church organist, you’re pressed into service as soon as you can open your mouth and start making noise,” he said. “And he wasn’t one for giving a solo, because he didn’t want to be showing his kids off. So a lot of what I did early on was group singing as opposed to any kind of solo singing. That’s part of the reason I’m the singer I am today — we never used microphones, and when you have to sing to 200 or 250 people, in an admittedly very kind acoustic atmosphere, you have to come across with it and deliver the goods. Because of that, I can still sing pretty loud.”

Volume is only one of the keys to a successful vocal career, however: Elling had to learn finesse and technique, and over the years, his experiences allowed him to add nuance to his range, and that allows him to read a room, work with the equipment and ride in the pocket alongside the instruments, all at the same time.

“I never really had that many individual lessons; for me, it was more about choral groups and group singing,” he said. “I was fortunate to have extremely excellent conductors, both in high school and college, and it was a real turn to start working with a microphone and working in a swinging atmosphere. It was a challenge for me technically, because I would overdo it and show some strain here and there, but not having gone to music school, per se, it meant that I had to just pay attention to the instrumentalists. It was a whole lot of me trying to figure stuff out.”

Karl Johnson, the house pianist at the old Milt Trenier’s basement club in Chicago, became a friend and mentor; pianist Laurence Hobgood became his first studio collaborator; and in 1995, a demo album led to a deal with Blue Note Records, the prestigious jazz label. His debut, “Close Your Eyes,” led to his first Grammy nomination for Best Jazz Vocal Performance, and ever since, he’s continued to collaborate, perform, record and explore new ways of singing over improvised jazz solos and other instrumental classics that are transformed by the addition of his rich baritone.

“Jon Hendricks was my mentor,” he said. “He’s easily the greatest of jazz lyricists, and he continues to be in spite of having gone to his reward. He continues to outpace me, but there’s a lot of subject matter he simply didn’t address. And for me, the best way to honor him is to do my best work and to write as well as I can and to sort of continue the legacy.”

Hendricks is one of the artists who will receive a nod at Tuesday’s collaboration with the Knoxville Jazz Orchestra, the first concert of that organization’s 20th anniversary season. It’s the first time Elling has been to East Tennessee since childhood road trips with his parents, but the pairing is a natural fit, given that the KJO and Elling himself share an affinity for the enthusiasm and musicianship of Big Band swing. His arm’s length of accolades — the Grammy nods, the 14 times he topped the DownBeat Critics Poll, the eight Jazz Journalists Association awards for Male Singer of the Year, being labeled “the standout male vocalist of our time” by The New York Times — make for a fine curriculum vitae, but every time he steps up to the microphone, he’s still that young man who’s awestruck by the wonder of turning his passion into a living.

“I’m just surprised to be alive,” he said. “Life itself is a surprise — that we’re here in physical form, that there’s so much glorious beauty around us and so many challenges. It doesn’t make any sense, and I can’t figure it out, and I doubt I ever will, but if I start from there, it means I have to start from gratitude, because this is such an unexpected miracle.

“Travel can produce a certain amount of fatigue, and the sacrifices that my family and I make so that I can go out and be this person means I’m grateful to them, and I also regret that I have to be gone so much. But I get to see the world, make friendships and relationships all around the world, and I get to do it in the most exciting possible way — to deliver the music that I love.”