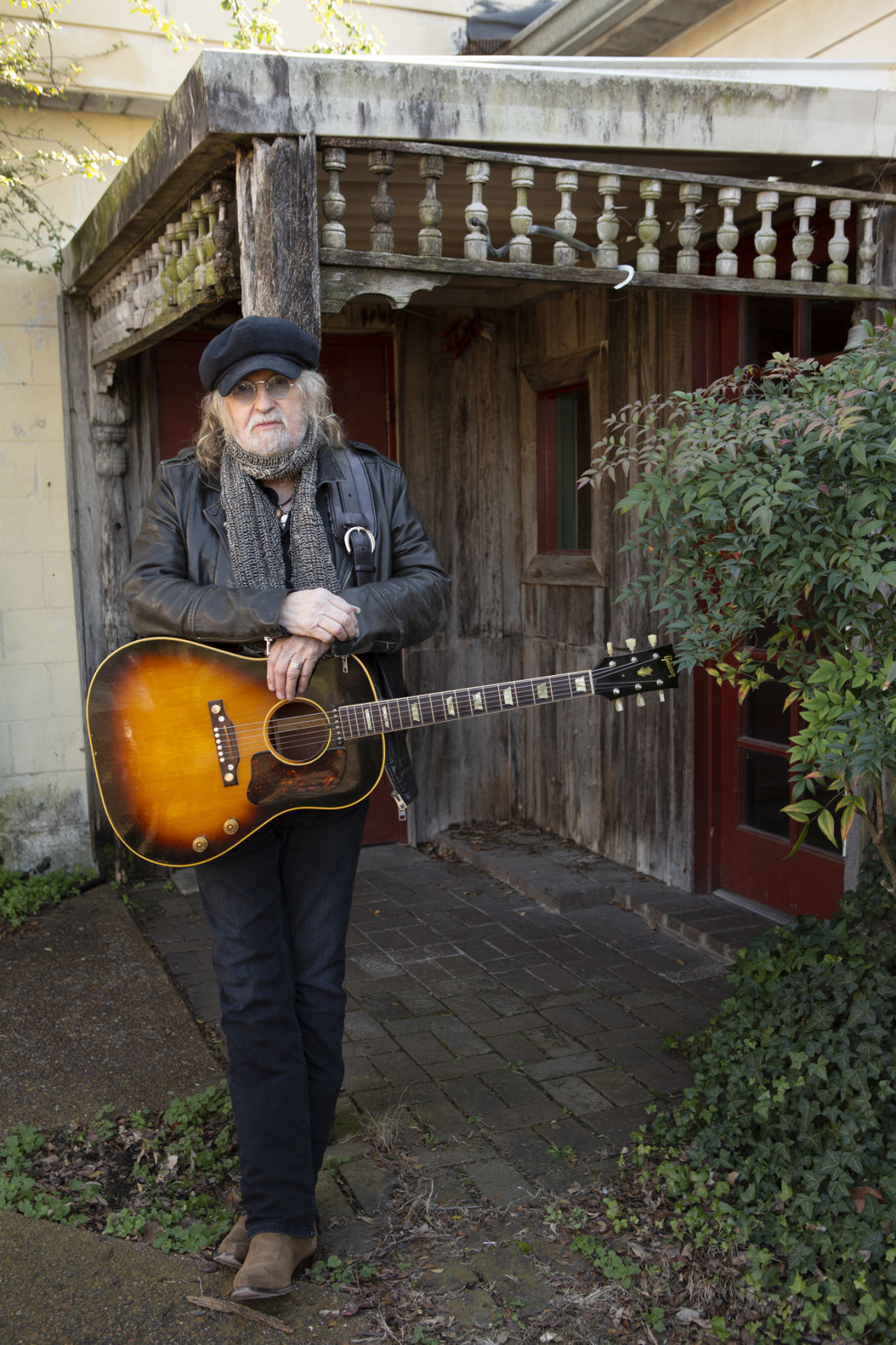 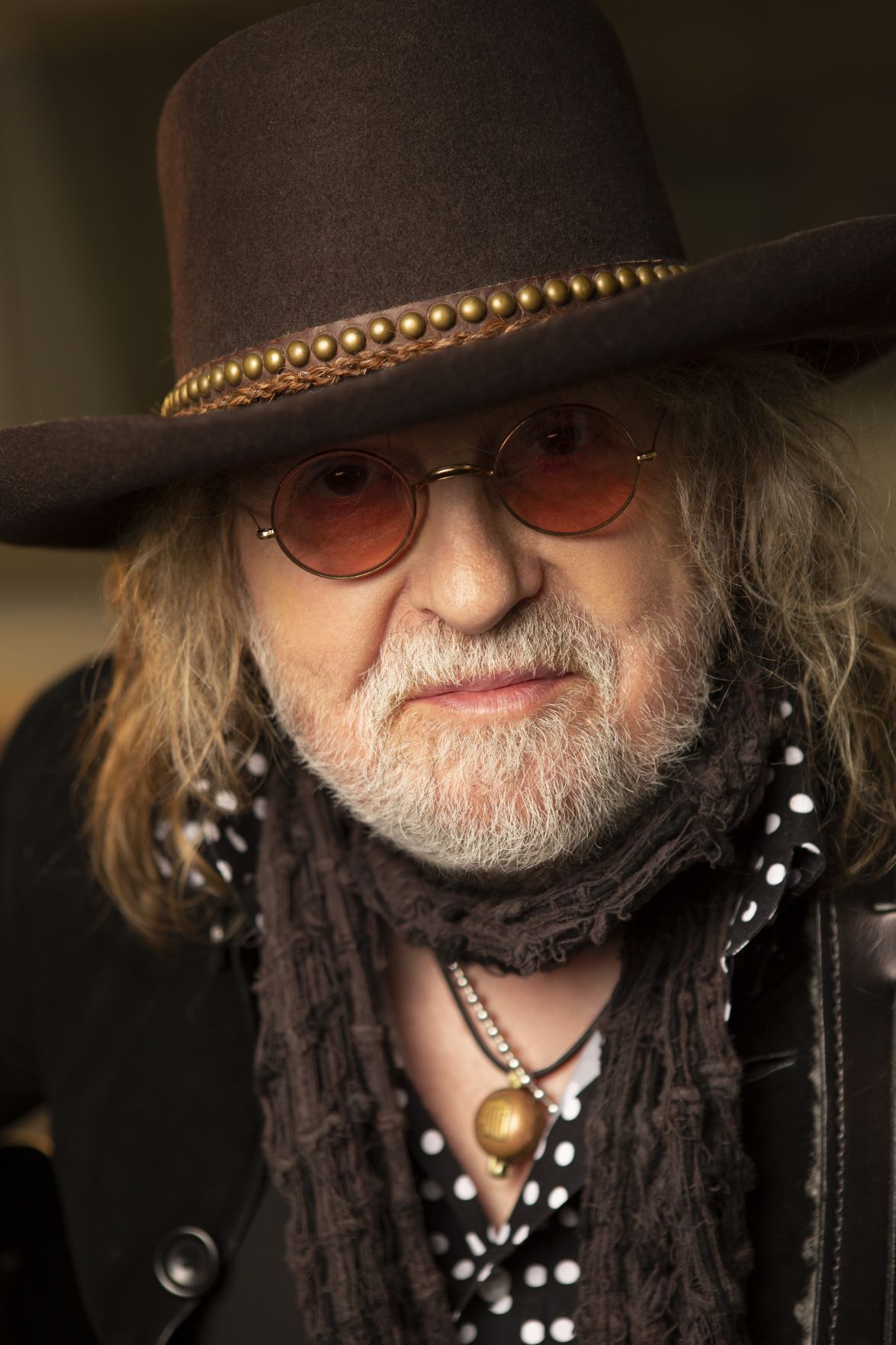 Texas troubadour Ray Wylie Hubbard has friends in low places, to paraphrase a Garth Brooks classic, but he’s got a fair share of pals in some high ones as well.

Take Ringo Starr, for instance. Hubbard — who returns to The Shed Smokehouse and Juke Joint in Maryville on Saturday — struck up a friendship with the Fab Four drummer several years ago, and though the two come from different worlds, they’re musicians first, Hubbard told The Daily Times recently.

“We’ve always hit it off, because even though he’s a Beatle, he’s still a musician and a songwriter, and he loves to perform,” Hubbard said. “We like to get together and talk about (country blues singer) Lightnin’ Hopkins.”

His introduction to Starr came via Brent Carpenter, a director and videographer who’s worked for years with the Beatle, and who burned the famous stickman a copy of Hubbard’s 2006 album “Snake Farm.” He also set up a meet-and-greet between the two a few years back, and he sent Starr a copy of a new song, “Bad Trick,” that Hubbard had written with his wife, Judy, after a particularly troublesome show.

“It was a rough gig — the sound was squeally, there were a lot of drunk people out there doing that deal and the promoter was a little sketchy. It just wasn’t very good,” Hubbard said. “So I got home, and Judy asked how the gig was, and when I told her, she said, ‘Well, everybody turns a bad trick every now and then.’”

Never one to ignore a particularly promising turn of phrase, it became the title track to the song in question, and Carpenter got a rough demo of it to Starr. Not long thereafter, Starr sent Hubbard a text.

“He told me, ‘Be in L.A. next Tuesday at 2, and I’ll play drums on that track,’” Hubbard said. “He played drums on it, and he asked me, ‘Who are you gonna get to play bass? How about Don Was?’ I told him I didn’t know him, and Ringo said he’d ask him. Then he asked me who was going to play guitar and said, ‘How about my brother-in-law, Joe Walsh?’ I said, ‘Yeah, that’d be great!’”

Not long after, Hubbard ran into Chris Robinson of the Black Crowes and asked him if he wanted to add vocals to the song, and the next thing Hubbard knew, he had “a Beatle, an Eagle, a Crowe and a Was Not Was,” he added with a chuckle. He also had the foundation stone for his first major-label album since 1975, last year’s “Co-Starring,” which was released on the Nashville label Big Machine Records.

It’s a smorgasbord of guest musicians, from veterans like Pam Tillis and Ronnie Dunn to up-and-coming Nashville hotshots like the Cadillac Three, Larkin Poe and Aaron Lee Tasjan, among others. Unlike a lot of Nashville records, however, every song was conjured from Hubbard’s pen, because while he plays well with others, he’s been writing his own material since “(Up Against the Wall) Redneck Mother” became a hit for his old friend and fellow singer-songwriter Jerry Jeff Walker. A Okie expatriate, he found his lane in the Texas scene, the state in which he still lives and plays, and for most of his careers, his contemporaries — men and women who came up around the same time and considered him a superior songwriter — went on to greater heights of fame.

That never stopped him, however, and over time, he developed a reputation as a snake-charming ringmaster whose songs ride the edge of madness between blues-rock and folk, growling and crooning with a Texas rasp that’s tough as 40-grit sandpaper and sporting a slickster’s wry smile that seems to float through the speakers. With “Co-Starring,” it feels like he’s finally getting some validation for his efforts, he said.

“It validates that what I’ve been doing for so long has been worth it,” he said. “All those times I’ve been at a gig or wherever and played ‘Redneck Mother’ and somebody asked me, ‘Why do you keep playing that when you’ve got all these other songs? Is it because it’s a crowd-pleaser?’ Well yeah, because for a long time, I never had a crowd! It’s nice to have a crowd-pleasing song and play for a crowd. It’s a self-esteem thing that tells you what you’re doing has value, and that you’re doing it right.”

Scott Borchetta, the CEO of Big Machine, obviously thought so. After a particular Gibson Guitar showcase in Nashville, the organizer, who also happened to be in artist development for Big Machine, asked to hear the new record. He played it for Borchetta, who wanted to offer Hubbard a deal. At first, Hubbard was skeptical, he said.

“Co-Starring” didn’t knock off Taylor Swift or Florida-Georgia Line, but it hit No. 21 on the Billboard Top Album Sales chart last July — no small feat for a guy who’s been putting albums out on his own independent label for more than a decade. Chart positions, however, mean little to Hubbard, who takes particular pride in the fact that he didn’t sell out or change his template in order to land the deal.

“I sleep with the president of my publishing company, which is Judy, and she always says, ‘You write whatever you want to write, you make the records you want to make, and I’ll try to sell the damn things,’” he said. “For a writer, that’s a great place for someone like me, because I’ve never been a mainstream Nashville writer. I write about amps and Charlie Musselwhite and gear and all this other stuff, so having that freedom is just a really good place for me to be.”

And as it stands, it’s not a one-off arrangement, either: He’s more than pleased with the Big Machine treatment, and he’s already completed 14 songs for the next album — something of a sequel. “Co-Starring II” (“Maybe it’s 2, maybe it’s ‘Too,’ but just use Roman numerals!” he added with a laugh) will feature some of the songs that didn’t fit on the first album, as well as contributions from contemporaries who found themselves with time on their hands last year because of the COVID-19 pandemic, he said.

“I did four with the Bluebonnets (an Austin, Texas, garage-rock band) and Hayes Carll and (James) McMurtry, but we didn’t have room for them, so for the next record, I called in some other friends,” he said. “I got Willie (Nelson) on a track, of course, and Shinyribs (Kevin Russell, formerly of The Gourds), and we’re just about finished with it. We’re waiting on one vocal.

“With some of these people, I had no idea they’d even heard of me. Lzzy Hale from Halestorm, we asked her, and she said yes. We said, ‘Don’t you want to hear the song?,’ and she said, ‘No, I’ll sing on it no matter what it is!’ We’re hoping it comes out after the first of the year.”

In the meantime, he’s grateful to be back out on the road with his son, Lucas, and his drummer, Kyle Snyder. It’s a rough-and-tumble three-piece, and when he pulls into a venue like The Shed, where he’s been playing every year for a decade now, it’s always a guaranteed good time, he added.

“They treat me the way I deserve to be treated!” he said with a laugh. “The whole staff, the sound, the crowd — it’s five stars, all the way around. It’s just a great, great gig, and I think everybody who plays there always wants to come back.”

With gigs like that, and more doors opening as an album like “Co-Starring” exposes him to audiences previously ignorant to his reach and his influence, it’s safe to say that Hubbard is sitting in the fabled catbird’s seat — not a bad place to be for a guy who turns 75 this year.

“I’m doing pretty good for an old cat,” he said. “I’m kind of amazed that things are bopping right along, and that I’m still putting my nursery rhyme words onto a deep groove.”

PERFORMING WITH: To be announced