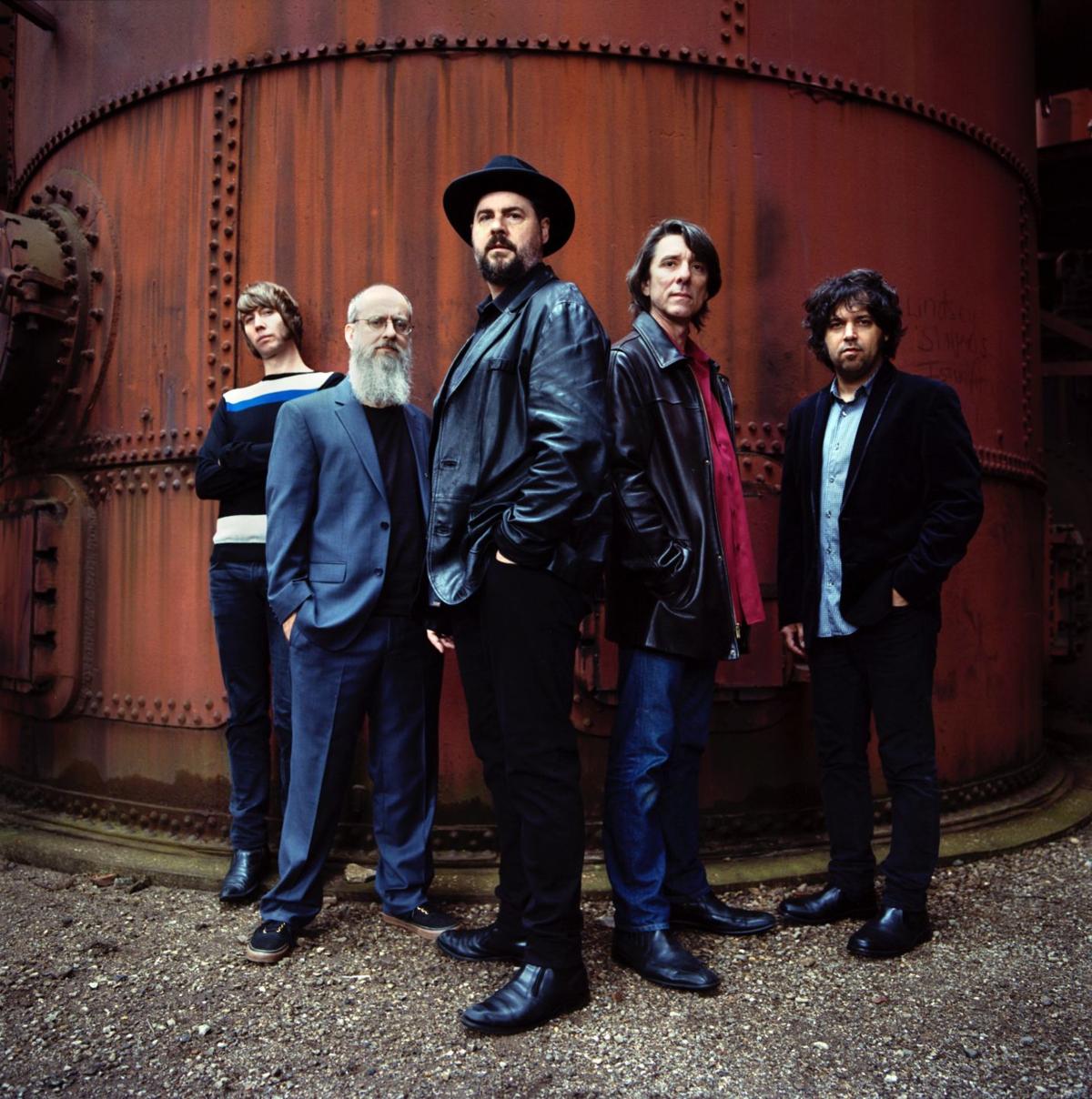 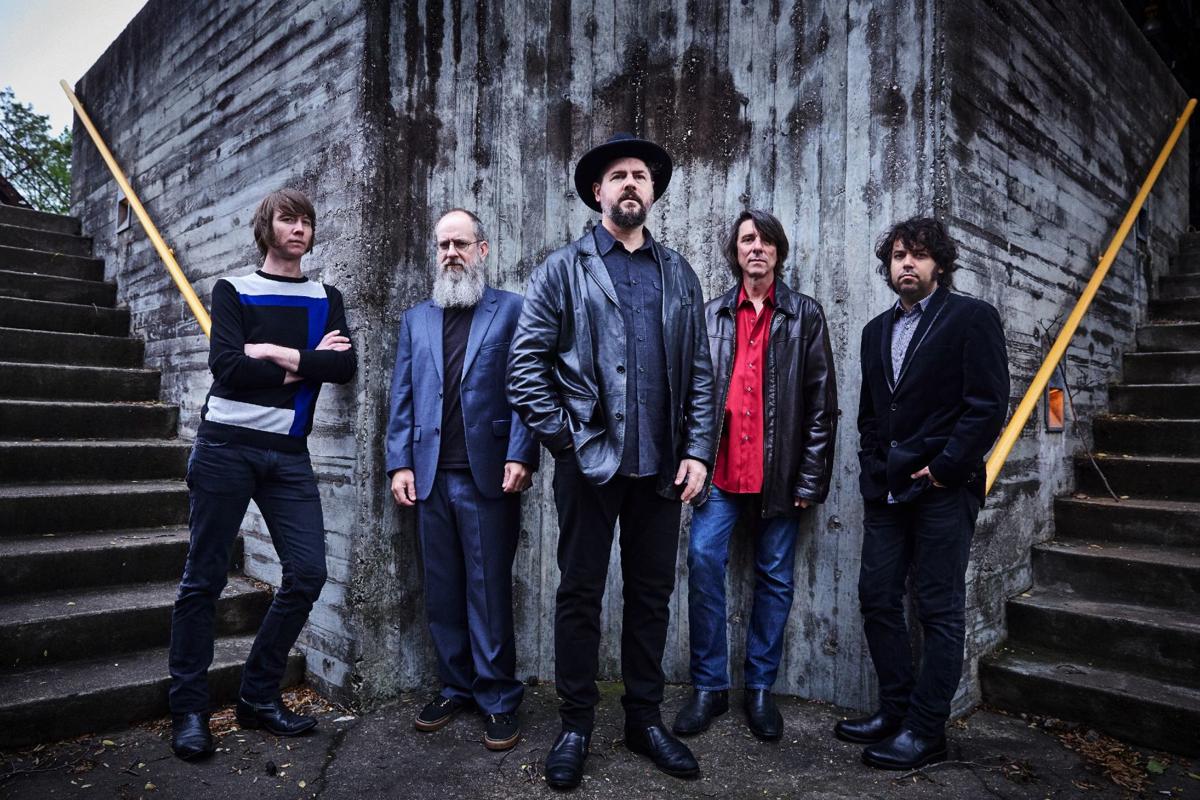 The last time anybody heard from the Drive-By Truckers, that motley collection of Southern rockers never reticent to share their progressive views through a filter of Skynyrd twang and Allman Brothers bombast, was two years ago.

Sure, they’ve been on the road plenty since then, but November 2017 was the last time the Truckers, led by songwriters Patterson Hood and Mike Cooley, released any new music. And that was just a single song: “The Perilous Night,” which took the angst and visceral anger from their 2016 album, “American Band,” and cranked it up a notch or two:

“Ronnie Reagan must be spinning his grave / Putin’s on the rise, Ukraine’s under siege / fascism’s knocking and Trump says ‘Let them in’ / I’d like to tell you there’ll be better days / but optimism’s running low today we’re off the deep end with a lifeguard that can’t swim …”

For ideological opponents who think that the current state of affairs has beaten the Truckers into silence, however, Hood has a message: Hold onto your hats. There’s a new record coming in time for 2020. And there may be another out by the end of the next year.

“It’ll be out in time for the next election cycle, and it is a political record. I would say it’s as political as (“American Band”), but it’s more personal,” Hood told The Daily Times recently. “It’s a little less broad based, a little less ‘Surrender Under Protest’ (the Truckers’ excoriation of Confederate flag culture) type of stuff and a little more inward, I guess. I’m really, really proud of it.”

With more than three years between it and “American Band,” it’ll be the longest gap between Truckers’ records ever, but for album No. 12, the guys wanted to get it right, Hood added.

“It was hard, writing a new record right now,” he said. “I’ve never really been given to having writer’s block. Cooley has, but we both struggled this time out, just trying to find a way to articulate how we feel at a time like this. What we ended up doing was basically record about an album and a half. So we’re putting out an album in January, and then we’ll be kind of finishing up the next record over the next year or so.

“The follow-up is not political. It’s a very personal record, maybe the most we’ve ever done. I’m excited about it all. I’m ready to go out as the primary season starts kicking up, to raise hell and be all in for any good we can do — we’re even thinking about trying to do voter registration drives and, as it gets closer to next fall, some other creative things in some swing states. We want to be all in. But my hope is, shortly after the election, we’ll release the other record and go out and do something different.

“I think with two (protest albums) in a row, everybody’s going to be ready for something different — fans and the band,” he added.

“Different,” of course, is a nebulous statement when it comes to the Truckers.

As wildly diverse as each album has been, there’s a distinctive sound to each that makes it easily identifiable as the product of two old friends from Alabama who got their start playing in a band called Adam’s House Cat. The last time the Truckers played East Tennessee — to which they’ll return on Thursday, Sept. 12, to Knoxville’s The Mill and Mine — Hood and Cooley put their Adam’s House Cat jackets back on to open the concert, and over the past couple of years, they’ve played almost as many duo shows as they have Truckers’ dates.

They billed themselves as “The Dimmer Twins” — a tongue-in-cheek reference to the long-standing partnership of Keith Richards and Mick Jagger that’s colloquially known as the Glimmer Twins — and hit the road like old times, renting cars, loading their own gear and selling their own merchandise.

“It was great, and we had a blast, and I think we ended even closer than we started,” Hood said.

“Right now, (their friendship) is really sweet, and really good, and I think as long as our health holds up, we’ll keep doing whatever we do forever. I don’t know if it’ll always get to be the way it is now, because as you get older, things change. The band’s pretty different than it used to be — but it can still throw down as much or more than ever.

The Truckers debuted in 1998 with the album “Gangstabilly,” but it was the 2001 double-album magnum opus “Southern Rock Opera,” which used the ascendancy and (literal and figurative) crash of Lynyrd Skynyrd as a mirror for a cultural examination of the South, that put the band on the map. Over the course of albums like “The Dirty South,” “The Big To Do,” “English Oceans” and more, Hood and Cooley populated their songs with historical Southern figures, hard-luck neighbors and mirror images of their teenage selves.

Their flair for Southern gothic storytelling and their grasp of issues and struggles more familiar to those living south of the Mason-Dixon line have made the Truckers one of the most respected contemporary rock ’n’ roll bands of the past 20 years, and when the band sets its sights on stories about bad men (“Cotton Seed”), wreckless men (“The Fourth Night of My Drinking”), frustrated men (“Zip City”) or crazy men (“I Used to Be a Cop”), their respective eyes for detail are often unmatched by their songwriting contemporaries.

And they’ve never been afraid to stand up for the things in which they believe. The last time the Truckers played The Mill and Mine, a large banner that read “Black Lives Matter” hung from the organ cabinet, and while there’s plenty of Southern pride in the band’s music, that’s a far different animal than Confederate pride. The Stars and Bars, in fact, isn’t welcome at a Truckers show.

That doesn’t always sit well with fans, especially those who can’t seem to wrap their brains around the group’s left-wing politics, but anybody new to the Truckers experience should know this: They’ve been doing it a long, long time.

“All the people that were whining and bitching about us supposedly going political on the last record — did y’all not listen to ‘The Dirty South?’” Hood asked. “I vividly remember people booing us and shooting us birds and yelling obscene things to us whenever we would play ‘Putting People on the Moon’ (a brutal takedown on the Reagan years through the eyes of an Alabama man who turns to crime to feed his family). That was in 2004, and it’s more timely now than when we made it.”

Around the making of “American Band,” Hood picked up his family and moved to Portland, Oregon, a relocation that has given him some perspective on the region in which he grew up. He’s still an Alabama boy, and even though he’s in one of the bluest cities in the nation, there’s still plenty of red on the West Coast as well, he pointed out.

“Five minutes outside of town, I might as well be in Tennessee or Alabama,” he said. “Geographically, it may be different — for one thing, it’s really, really pretty out here — but culturally, it’s right wing as hell when you leave the city limits. Out in the suburbs, it’s all pissed-off lumber people, and they could teach us a thing or two about redneck!

“We talk about that in the liner notes of ‘American Band’ — that urban/rural divide. That’s the true divide in America right now. It’s not really even divided by states anymore; it’s all about who has a big enough city to flip the state blue. We’ll probably live to see Texas flip blue, because the cities there are so enormous. We’ll probably live to see Georgia flip, because it damn near did in this last governor’s race.