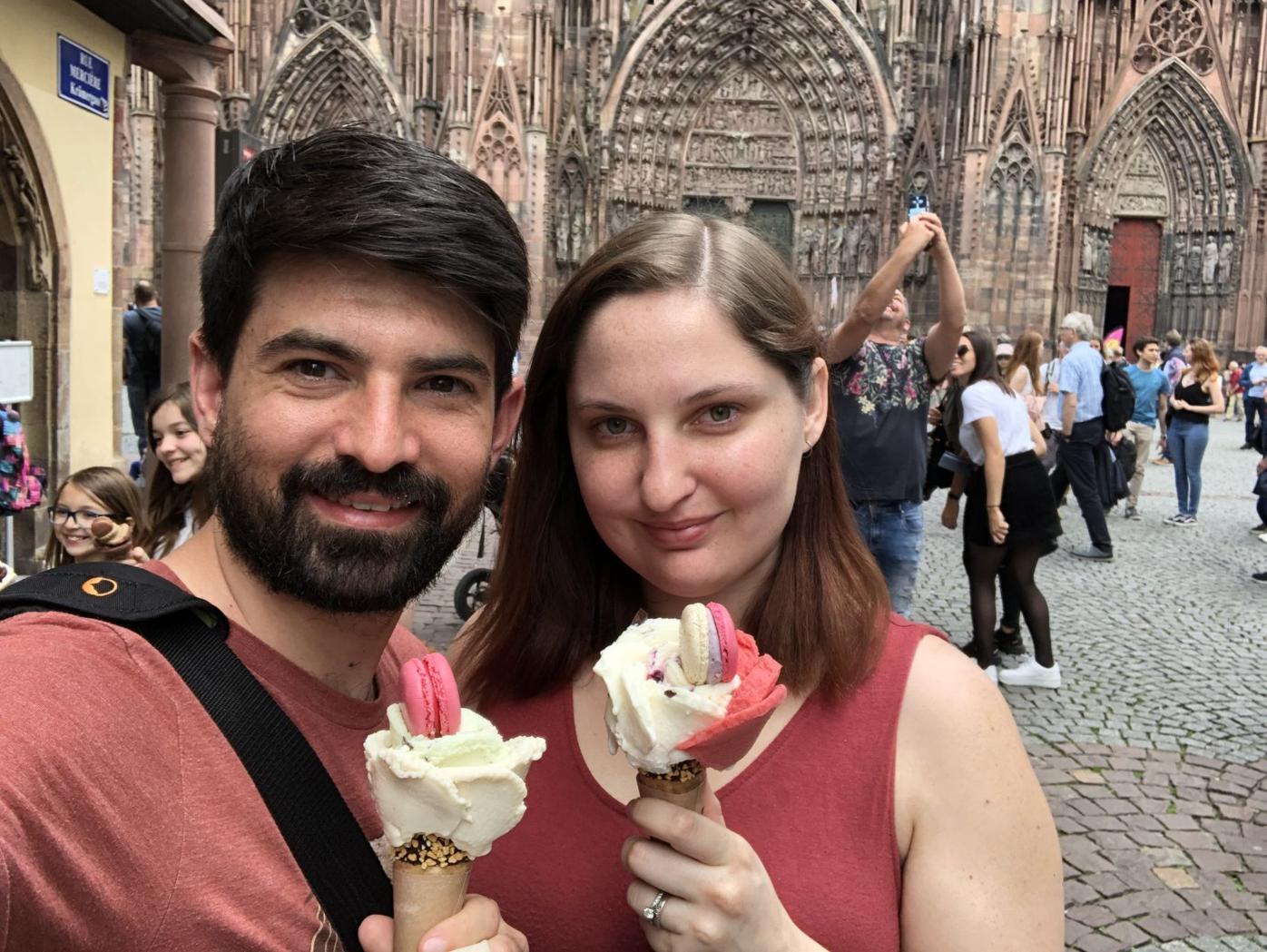 The Rainwaters, formerly of the bands Against the Opposition and Morior Invictus, moved to France in 2018. 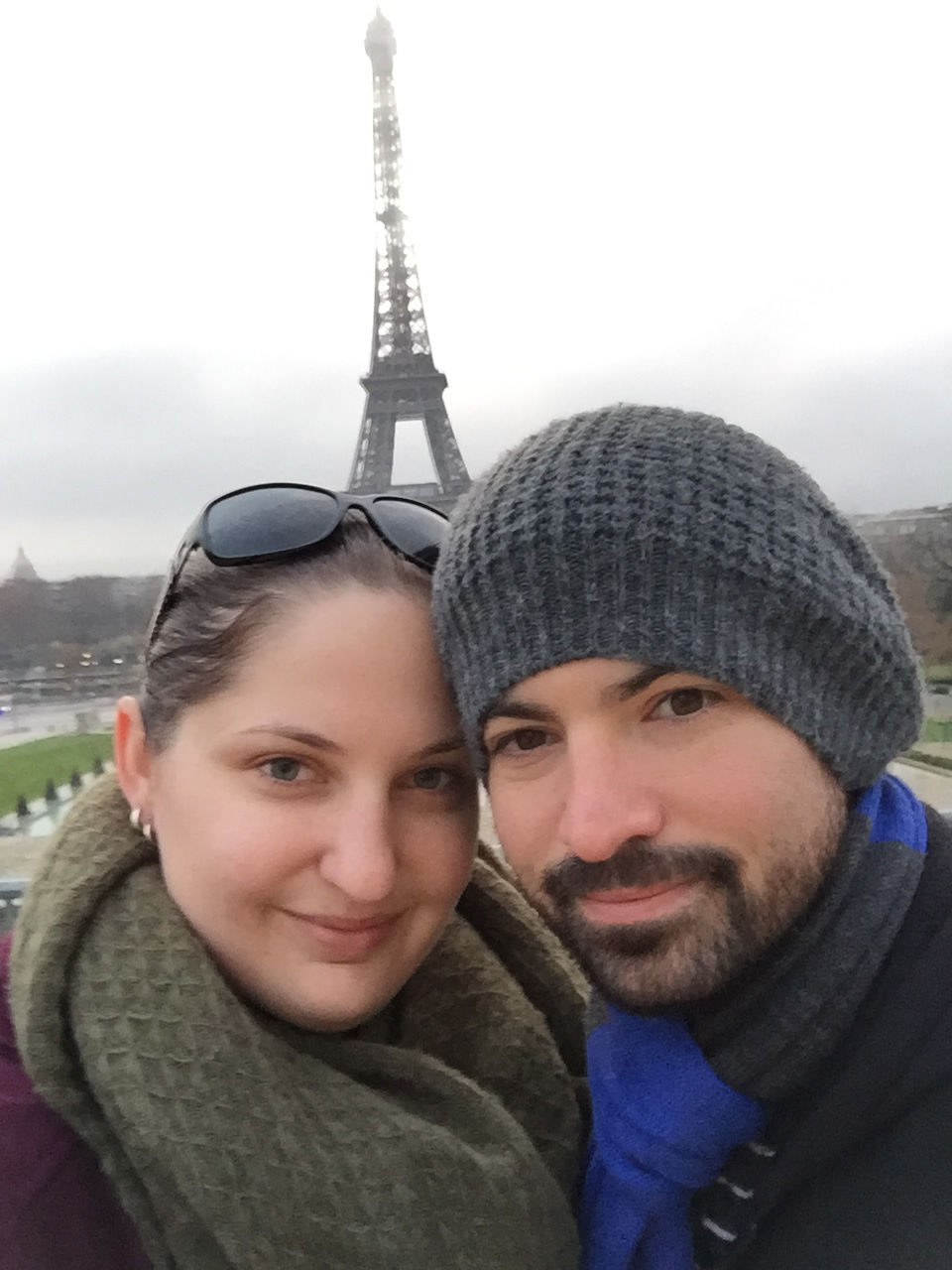 The Rainwaters in Paris.

The Rainwaters, formerly of the bands Against the Opposition and Morior Invictus, moved to France in 2018.

The Rainwaters in Paris.

It didn’t take long after moving to Paris for Blount County expatriate Joel Rainwater to realize that he wasn’t in Maryville anymore.

He and his wife, Kristy Rainwater (nee Walker), moved to the City of Lights in 2018 after exploring Europe on a monthlong trip and carefully putting together a plan to fulfill their dream of living and working overseas. The former musicians, who dissolved their old band Morior Invictus in 2013, were more that ready to leave Blount County, and the United States, for a number of different reasons, most of them having to do with the exotic appeal of exploring new places, Rainwater told The Daily Times recently.

“I think the culture shock was something we were looking forward to,” Rainwater said via a Zoom call from the couple’s home in the Paris suburbs. “We had lived in America our whole lives, and we were ready to see other places. And at the time, there was a lot of heat going on with politics, so everything kind of piled on top of each other, and we actually looked forward to the adjustment.

“But living there was something else altogether. It was amazing. Every time I walked outside the first year I was there, I was blown away by the architecture alone. We would leave work to walk to lunch, and we would walk by some amazing cathedral or castle, and my jaw would be open, and my coworkers would be like, ‘This is just another Thursday.’”

Followers of the Blount County metal scene likely remember Rainwater, who put together the band Burnt Offerings back in 2004. That was two years before Rainwater and bandmate/longtime collaborator Richard Tallent graduated from William Blount High School, but Burnt Offerings immediately found a place in the vibrant Christian metal community at the time. Back then, a number of churches and community centers gave members of that scene a place to play and congregate, and Rainwater — the son of Randy and Priscilla Rainwater of Maryville — was actively involved for roughly a decade.

In 2009, he, Tallent and the woman who would become his wife formed Against the Opposition, another Christian metal project that also would include 2009 Maryville High School graduate Joshua McDaniel. (Kristy, the daughter of Kaye and Bob Walker of Louisville, graduated from William Blount in 2008.) The band managed to get a toehold on the national Christian metal circuit, signing to Raging Storm Records right before the members changed the name to Morior Invictus (Latin for “in death, unconquered”) and recorded a brutally glorious full-length, “The Anonymous,” that was released in 2011.

Fate, however, seemed to have other plans.

“We had so many great moments, but they were immediately broken off,” Rainwater said. “After we came out with the album, multiple people left the band, right after we were supposed to be doing a nationwide tour. And then the tour itself fell through. It was just a series of unfortunate events that kind of led me to realizing that I had been playing music for years, and if I could, I would just play music for a living — but it was becoming reality that that was not very likely to happen. And that’s when I realized, ‘I think I’m ready to enjoy this other thing.’”

The “other thing,” he added, is web development. He started tinkering with web coding in middle school and continued to do it even while focusing on music. When he came to a crossroads, however, he realized that while there’s honor in being a struggling musician, there was security in a skill set that allowed him to make a living — and to support a family. He and Kristy Walker married in 2011, and over the next several years, he threw himself into his career, building his portfolio as a designer and developer for companies throughout East Tennessee.

A steady paycheck gave the couple an opportunity to travel as well, something Rainwater had done little of up to that point outside of church mission trips. He spent plenty of time traveling back to visit relatives in Missouri, where he was born, and one trip to California to visit Walker’s grandmother. But in 2015, the couple landed in Rome on Christmas Day, and over the course of nearly three weeks made their way up through Europe to Dublin, Ireland.

“It wasn’t a long time for seeing that much country, just a little bit in each place, but it helped us figure out if we liked it and wanted to move, or if it was just the idea of moving that was so great,” Rainwater said. “And it was eye-opening. We realized we do like it and that we fit in well. Travel has always been kind of a passion point for Kristy and myself, and music was one way I had hoped to be able to fulfill that passion, but it didn’t work out.

“So we thought if we could live somewhere that makes travel a little bit easier, that would be great, which is why kind of centralizing ourselves in Europe was ideal. Traveling country to country here is like traveling state to state in the U.S. For my birthday a couple of years ago, we went to Strasbourg, which is right on the (French) border with Germany, and just because we had a couple of hours to kill, we walked over to Germany, got some ice cream and walked back.”

Once the pair made a decision to move, Rainwater scoured websites and apps seeking employers that were willing to sponsor a visa for international hires. While he looked globally, France had launched a French Tech Visa program, “a simplified, fast-track scheme for non-EU startup employees, founders and investors to obtain a residence permit for France,” according to the program’s website. While he applied to numerous companies, the one he wanted to work for the most ended up hiring him, and at the end of 2018, the Rainwaters became Paris residents.

Music, unfortunately, was something that didn’t make the trip.

“I miss it, but when we moved here, we didn’t bring any equipment, because we knew we would be in a small apartment,” he said. “At my work, we do have musical instruments we can play with, so we can go jam throughout the day on keyboard or acoustic guitar, if we want, but I haven’t taken them up on that as much as I should.”

Partially, he added, because getting used to a more relaxed pace of life as opposed to the breakneck American culture of sacrificing everything to get ahead has been something of an adjustment, he added.

“I can be a workaholic, and it’s been hard to break that habit, but here, they really push for family and health,” he said. “At work, they have a lot of things they provide for employees to help with their mental and physical health, like playing soccer or doing yoga or going to the music room. They push a lot of things, like making sure you take your breaks or announcing that at 10:30, we’re all going to get coffee together.

“I remember early on, one of my coworkers came to my desk and told me we were going to lunch, and when I told him I’d grab something and eat at my desk, he just kind of looked at me and said, ‘No … WE are going to lunch,’ and I realized, ‘Oh — I’m going to eat lunch with these people!’ Here, meals are an important thing. They love eating here — they have amazing cuisine, so why wouldn’t they? — and growing up, everyone eats together as a family.

“Stopping work to go socialize, that’s been a lot of training for me to get used to,” he added.

A great many American misconceptions about the rest of the world have been shattered by the couple’s adventures abroad, he added. Health care, for example: For all of the discourse about socialized medicine, Rainwater hurt his foot shortly after arriving in France, before his company health insurance kicked in. A doctor’s visit, X-rays, pain medication and a brace translated to a total price tag of $150 to $200. And while taxes are high and his salary is lower compared to what he made in America, they’re better off financially because of the differences in monetary priorities between here and there, he said.

And while he misses the unity and friendships in the Blount County music scene — the loss to COVID of his friend and peer, Jason McMahan, was especially painful, he added — he doesn’t mourn the path not taken.

“I think I’ve been so focused on working and getting over here that I kind of lost track of time and didn’t realize how long it’s been since I’ve played,” he said. “And then once we moved here, we were so focused on trying to embrace this new world that I haven’t thought about it as much. When I do stop to think about it, I miss the camaraderie of it — especially being in a band you spent so much time together in, working toward the same focus and the same goal and growing together because you played music together for so long.

“But at this point in my life, I don’t have the energy for it anymore. To think about doing another metal show — I don’t know if I could! But I do miss friendships and some of the unique experiences.”

Steve Wildsmith was an editor and writer for The Daily Times for nearly 17 years; a recovering addict, he now works in media and marketing for Cornerstone of Recovery, a drug and alcohol treatment center