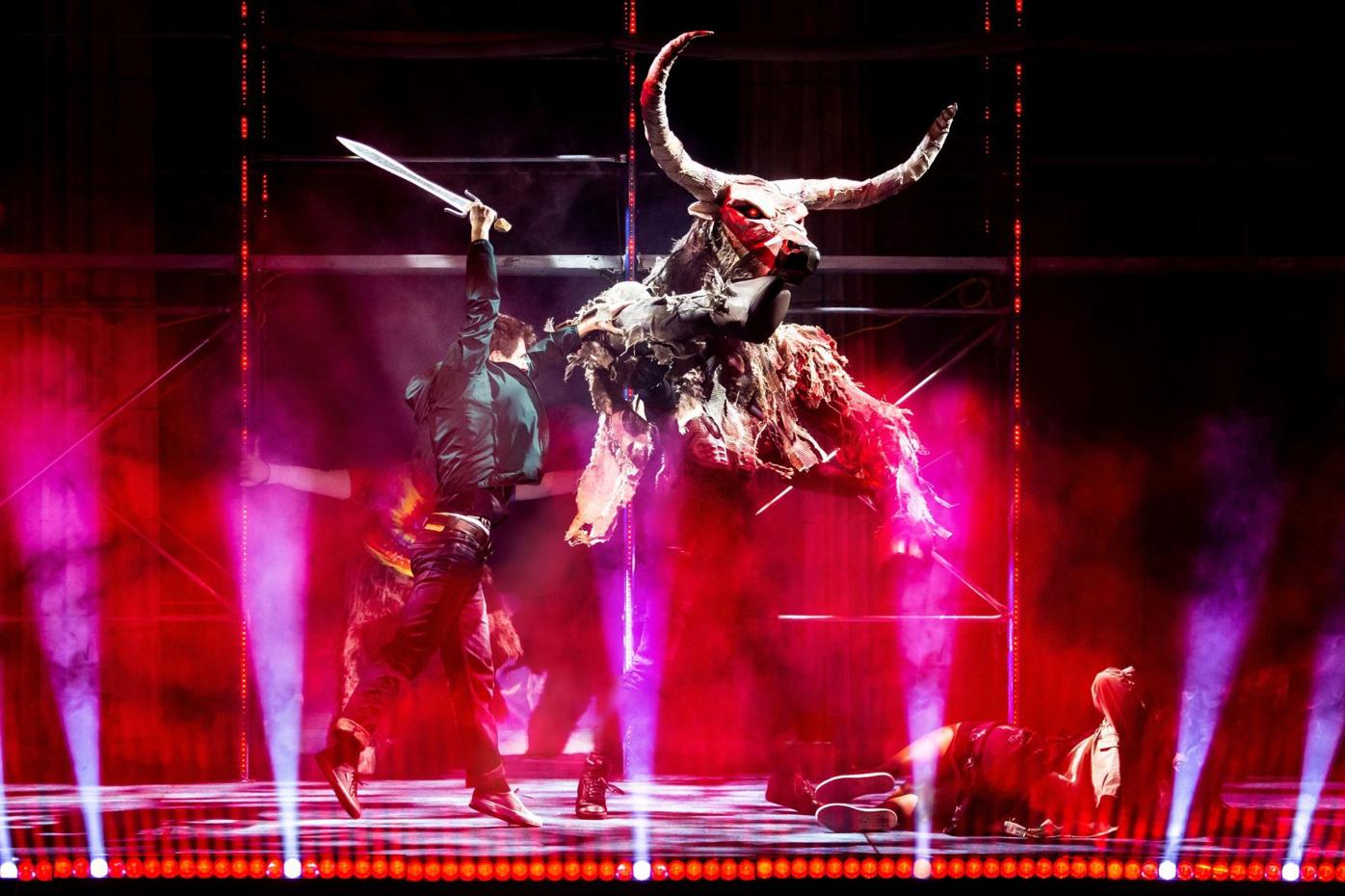 Billed as a “young adult rock musical,” “The Lightning Thief” will be presented on June 11 at the Clayton Center for the Arts. 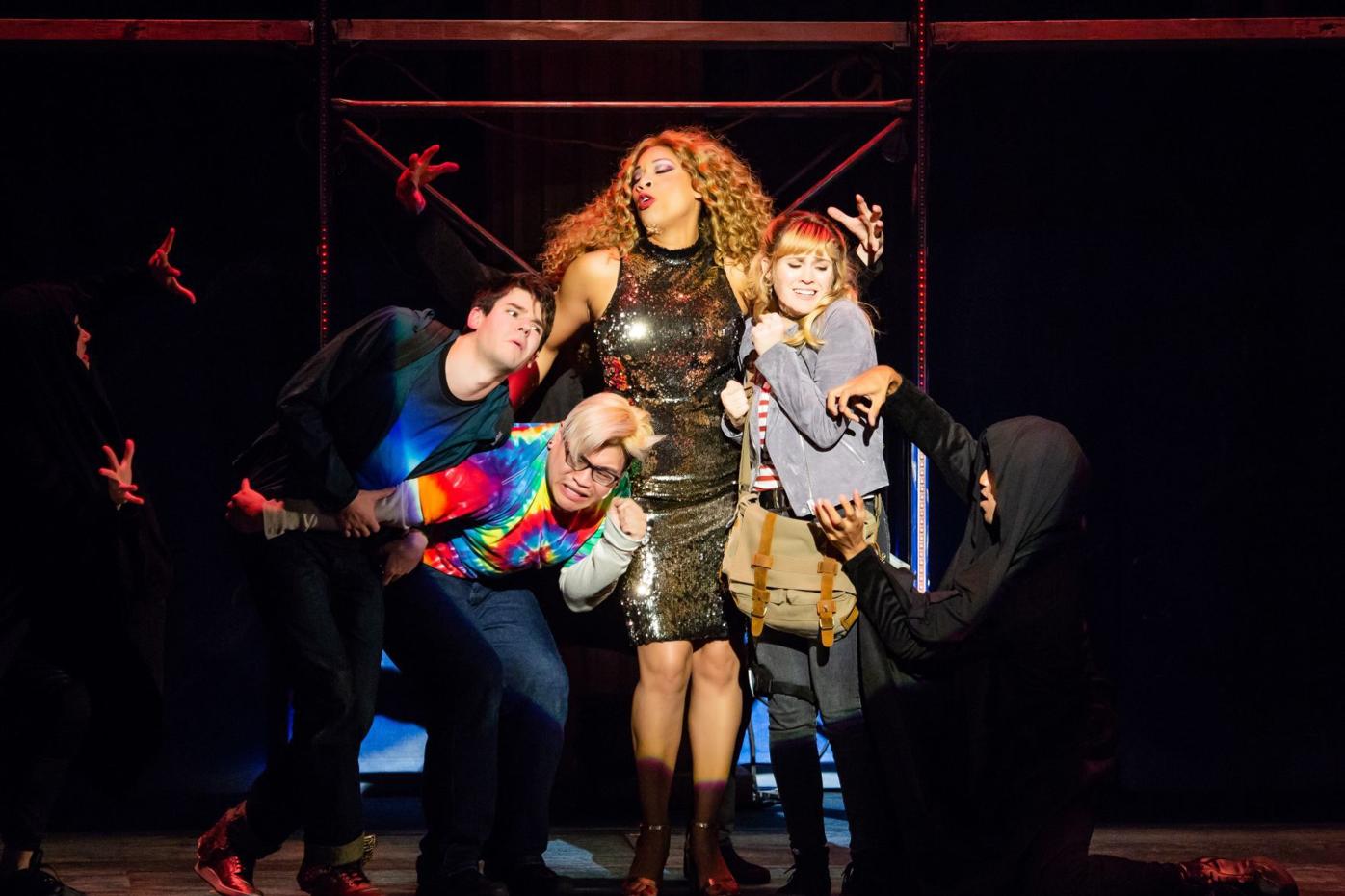 Based on the bestselling young adult novel by Rick Riordan, “The Lightning Thief” tells the story of Percy Jackson, who discovers he’s the son of the Greek god Poseidon. 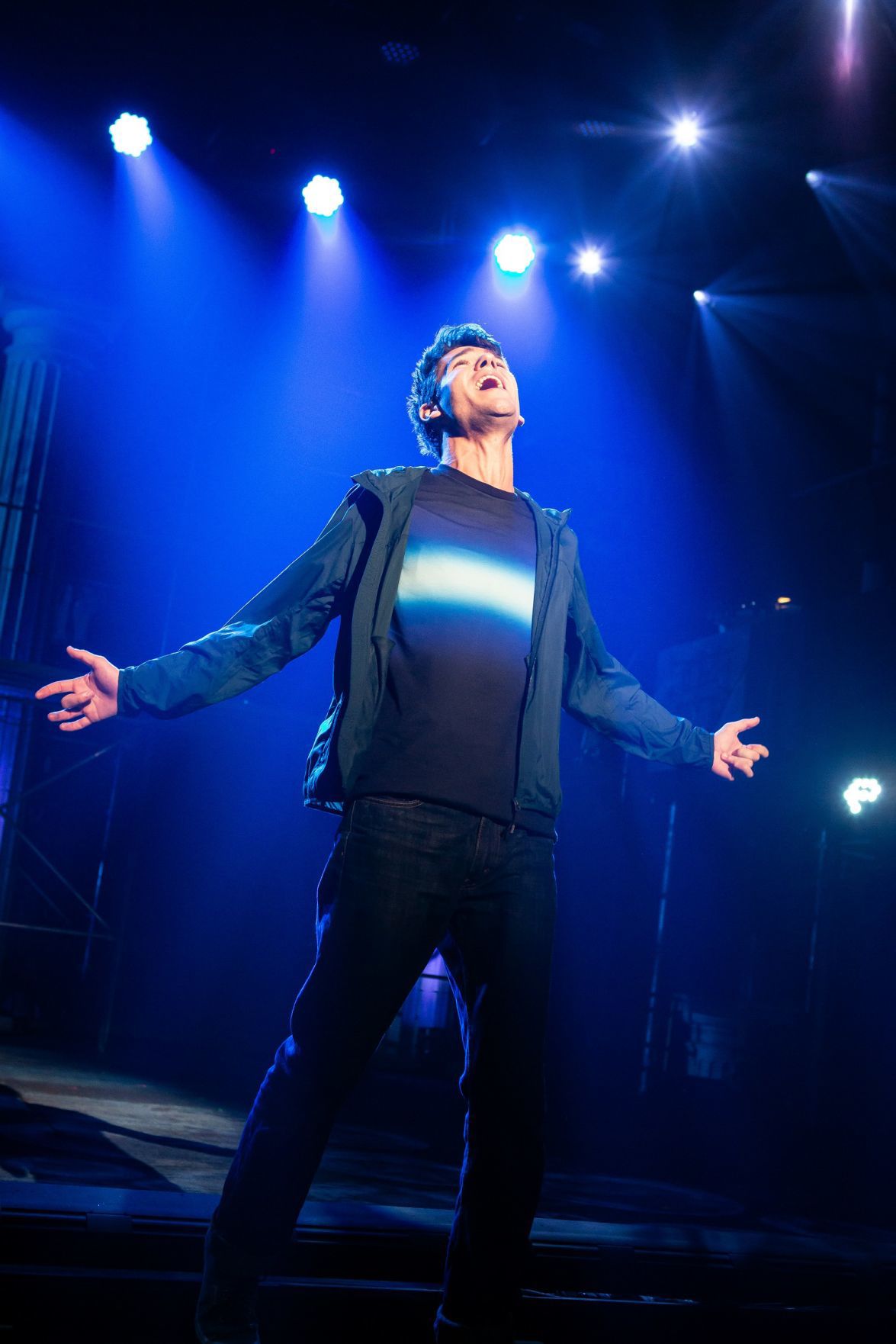 Chris McCarrell stars as Percy Jackson in the musical adaptation of “The Lightning Thief,” which comes to the Clayton Center for the Arts next month.

Billed as a “young adult rock musical,” “The Lightning Thief” will be presented on June 11 at the Clayton Center for the Arts.

Based on the bestselling young adult novel by Rick Riordan, “The Lightning Thief” tells the story of Percy Jackson, who discovers he’s the son of the Greek god Poseidon.

Chris McCarrell stars as Percy Jackson in the musical adaptation of “The Lightning Thief,” which comes to the Clayton Center for the Arts next month.

There are plenty of parallels between the hero of “The Lightning Thief,” the musical that makes it Maryville debut on June 11 at the Clayton Center for the Arts, according to Ashlee Latimer, the former Knoxville resident who’s a brand strategist for the production.

In the musical, based on the bestselling Young Adult novel of the same name by Rick Riordan, Percy Jackson discovers he’s the son of the Greek god Poseidon and sets out on a quest to recover Zeus’ stolen thunderbolt. While Latimer hasn’t discovered any latent supernatural powers (yet, anyway), she has set off on her own quest.

Like Jackson, she’s thrown herself into a world that’s far removed from her childhood origins. Like Jackson, she’s obtained something few other people possess — in her case, a Tony Award. And like Jackson, she recognizes that her newfound powers have given her a greater sense of purpose: in her case, inspiring other young women who see theater as a medium through which to empower themselves and create meaningful art.

That became apparent, she told The Daily Times recently, when she won the Tony Award as one of several co-producers of “Once Upon an Island.” The musical received the trophy for Best Revival of a Musical, and while she and her fellow creative team members — specifically her production partner, actress Jenna Ushkowitz of “Glee” fame — knew they were among the nominees, they didn’t think they stood much of a chance of victory.

“We were definitely the underdog, and there was kind of a general consensus that we were not going to be the winner,” Latimer said during a recent phone interview, as she navigated Manhattan foot traffic. “There were a couple of things that popped up a week before the ceremony that made us feel hopeful, but nothing really prepares you for that moment, and for me personally, I did not realize I was front and center on the screen when it happened.

“It was really funny and surprising and cool, and a great thing to be able to share with everybody from back home and that we all got to experience that at the same time because of technology. But the biggest thing was when we were leaving Radio City (Music Hall) that night, and several girls stopped me and said that show made them feel like there was a place for them on Broadway, and for me to be up there accepting an award as a producer really made an impact on them.”

For Latimer, who works as a brand strategist for “The Lightning Thief” musical, that sort of inspiration is a greater reward than any trophy could possibly be. After all, she remembers well those who inspired her as she was growing up in East Tennessee, she added.

A 2009 graduate of Knoxville’s Bearden High School, Latimer grew up with a love of stories. As a child, she was drawn to film, but in high school, she discovered theater. A fall production of “Joseph and the Amazing Technicolor Dreamcoat” during her freshman year prompted her to get involved in the high school theater department, and when the Knoxville Children’s Theatre troupe was founded in the fall of her senior year, she was a full-fledged participant in the local theater scene.

“Katie Alley (a fine arts teacher at Bearden) did a production of ‘A Midsummer Night’s Dream,’ and I ushered for a couple of performances, and that was the first time I saw a live play and the first time I saw Shakespeare,” she said. “I was completely blown away by it, and I am still very actively in love with Shakespeare, and I’m involved in productions that are based on it or versions of his work.

“And then being in ‘Little Women’ at Knoxville Children’s Theatre, that is the show that really put me on the path that I have taken since then. That connected me to (KCT founders) Jenny Ballard and Zack Allen, and they started letting me shadow them when they were teaching theater classes, and that’s when I started directing and teaching.”

After high school, she took a year off to take advantage of an internship Allen created for her; in a one-year period, she was involved in 17 productions between the Knoxville Children’s Theatre and the Clarence Brown Theatre on the University of Tennessee campus, working in all aspects of both playhouses.

“I did props, costumes, stage management and directing, teaching and acting, and then my internship culminated in me directing ‘The Hobbit,’” she said. “I ended up doing eight productions at KCT, and that also ended up segueing into getting into producing here in New York.”

After graduating from the University of Tennessee in 2016, Latimer struck out for New York, drawing on her experiences with Ballard and Allen to get into the city’s rich theater culture.

“Watching them for almost a decade grow the Knoxville Children’s Theatre and create this incredible environment with limited resources, especially at first, helped prepare me,” she said. “When I started producing here, at first it was concerts at cabaret venues and just that kind of scrappy, doing-a-little-bit-of-everything attitude and background that really prepared me for that experience.”

By the time she arrived in the city, “The Lightning Thief” was enjoying a run at the off-Broadway playhouse the Lucille Lortel Theatre, after debuting as a one-hour musical by Theatreworks USA as part of its free theater series. Through working with a New York agency, Latimer was loosely involved in the off-Broadway production, and because of the chemistry between her and the entire production team, the role of brand strategist was created for her when the national tour of “The Lightning Thief” was announced.

“Because I’ve worked with kids and teens, I’m able to bridge that communication with them, keep abreast of different trends and advise (producers) on the brand itself and partnerships we might want to do,” she said. “Working with Knoxville Children’s Theatre really instills that ability to wear a lot of hats and switch from project to project, and even though I hadn’t read the books before I started working on the show, I recognized that it’s a property that has a really dedicated fandom, and I started learning everything I can about that world.”

The story follows a similar template as that of the “Harry Potter” series: A boy discovers he’s special and begins a quest to use his powers for good. In “The Lightning Thief,” Percy Jackson is the protagonist who finds out his father is the Greek god Poseidon, and he must stay ahead of mythological creatures in order to find Zeus’ lightning bolt in order to prevent a war between the gods.

“In ‘The Lightning Thief,’ our director has created this scrappy, cool world that really feels like these kids are coming together and telling this story, and it really gives the audience an opportunity to come together as well,” Latimer said. “I think that this is a unique musical, and it’s a great opportunity for people who may not go see the typical Broadway musical that comes through town. It’s super accessible, and even if you haven’t read the book or you’re not into musical theater, it’ll pull you right into this incredible world with wonderful young people.

“It’s kind of like a Pixar movie in that it speaks to kids and teens but also speaks to older teens and parents, and they seem just as excited to see the show as their kids and teens are. By the same token, if you are a more traditional musical theater fan and you’re hesitant about rock musicals, our directors are just as passionate about traditional musical theater and that form as they are about this book and rock musicals, and they’ve made something to appeal to those fans as well. It’s something that can work for everyone.”

And while Latimer’s role is mostly behind the scenes, on the ground in New York while the tour crosses the country, she will return to East Tennessee for the Maryville performance.

After all, no matter where her career takes her, her roots always will be planted in the regional theater scene and the education she received as an East Tennessee actress, stagehand, director and theater maven.

“I got to come back last summer and direct ‘101 Dalmatians,’ which was a dream, because I always said I wanted to come up here and learn as much as I can and then bring that back to Knoxville as often as I can,” she said. “I think ‘The Lightning Thief’ is super unique in that it’s a young adult fantasy rock musical, which is a really new thing in the musical theater space. And as someone who’s worked at a children’s theater where almost every single show was based on a piece of literature, being involved in this production is special.

“It speaks to young people, especially those who feel different or think they might stand out. Getting to reach those young people, to help them develop a love of musical theater and maybe even fall in love with books because of that, has been incredibly special. When you take it through the lens of how this will impact the next generation or give them an opportunity, that feels really connected with all of the best parts of yourself.”