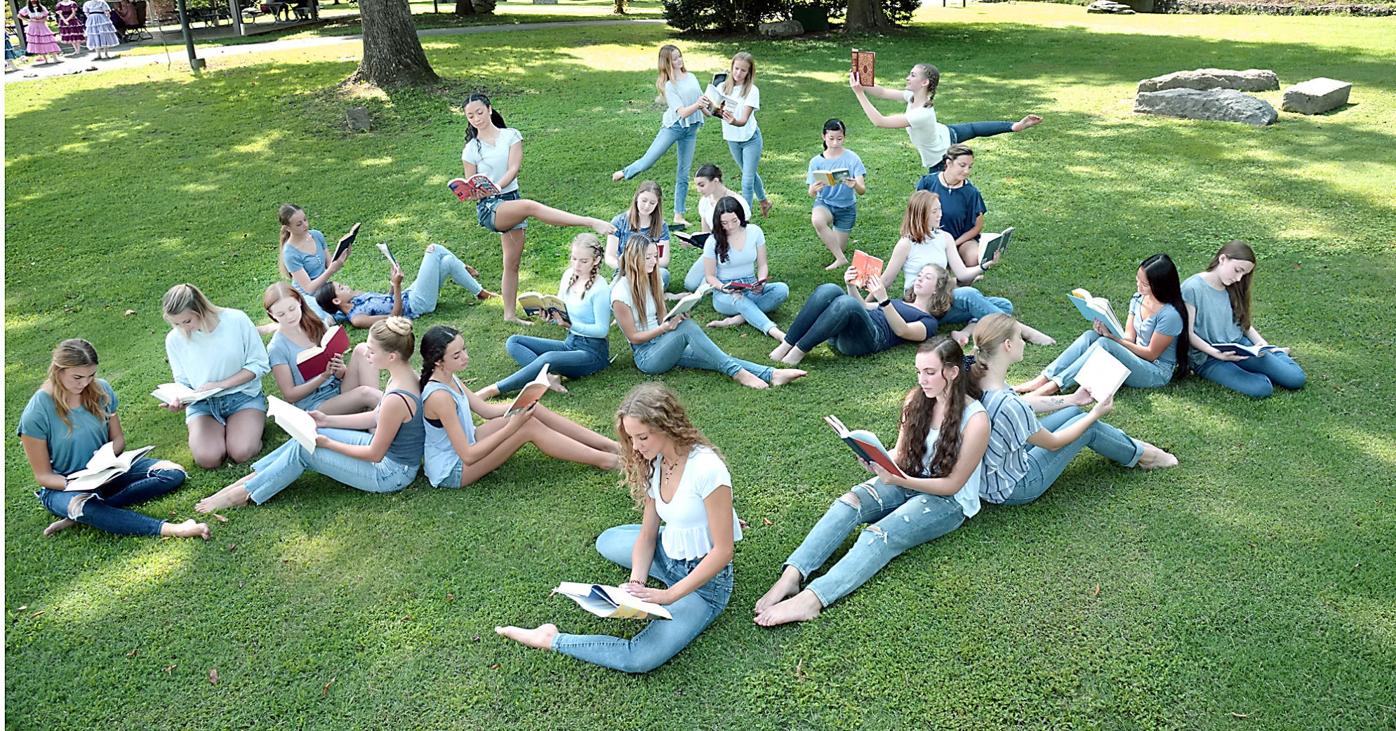 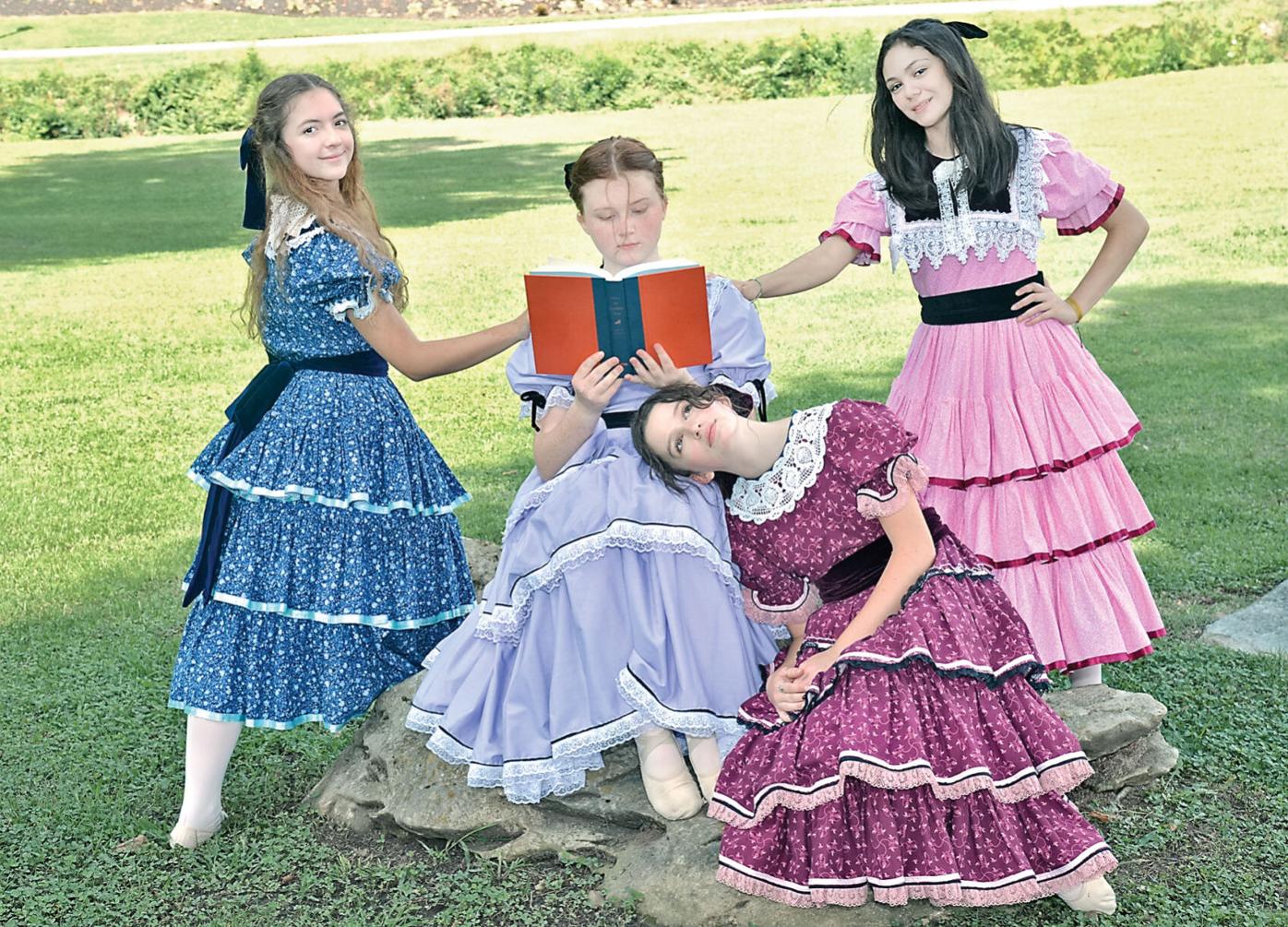 Cast members of the “Little Women” segment of “Blue Jeans, Ballet and Books” include Katelyn Compton (standing, from left) and Araceli Wilhoite; Ollie McQueen (seated on the rock); and Charlotte Bollschweiler. 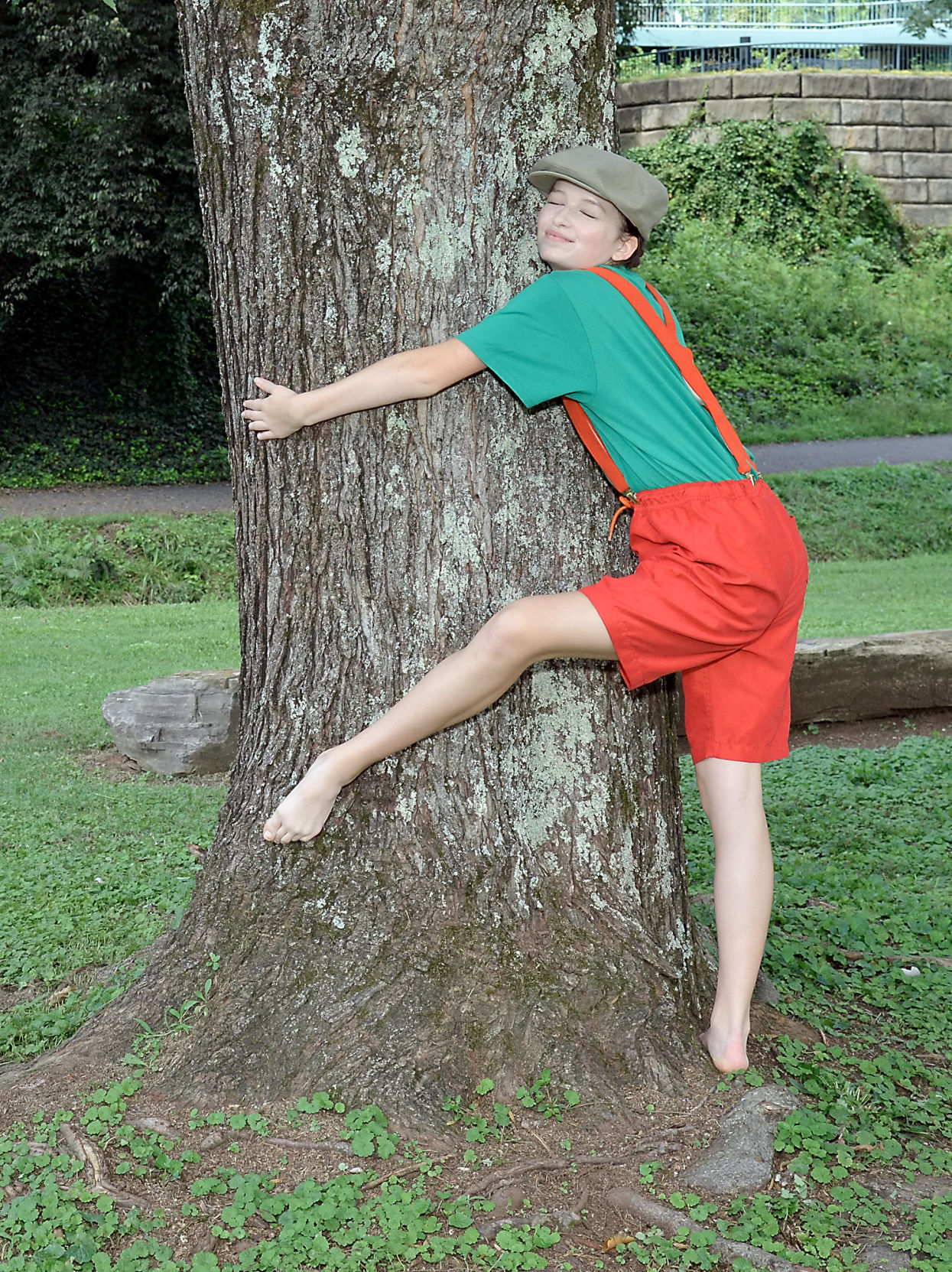 Charlotte Bollschweiler rehearses for one of the segments of the Appalachian Ballet Company’s annual “Blue Jeans and Ballet” performance, which takes place Thursday, Sept. 23, at the Clayton Center for the Arts.

Cast members of the “Little Women” segment of “Blue Jeans, Ballet and Books” include Katelyn Compton (standing, from left) and Araceli Wilhoite; Ollie McQueen (seated on the rock); and Charlotte Bollschweiler.

Charlotte Bollschweiler rehearses for one of the segments of the Appalachian Ballet Company’s annual “Blue Jeans and Ballet” performance, which takes place Thursday, Sept. 23, at the Clayton Center for the Arts.

It’s not the 50th anniversary season Amy Morton Vaughn wanted, but if Blount County’s Appalachian Ballet Company has proven anything over the past half-century, it’s that the organization knows how to make the best of tough circumstances.

For years, the troupe — which kicks off its 50th anniversary season on Thursday, Sept. 23, with its annual “Blue Jeans and Ballet” performance — has turned limited financial resources into sumptuous feasts for the eyes and ears, and that work has paid off. The annual holiday presentation of “The Nutcracker,” for example, has grown into a lavish spectacle with a full orchestra, but ever the cost-conscious director of the company, Vaughn still works with a large crew of parents and volunteers to save money wherever she can.

So while COVID-19 may have put a damper on an all-out celebration of the company’s golden anniversary, she’s determined not to let the pandemic stop an opportunity to pay tribute to a half-century of dance.

“I’m trying not to let it squash our enthusiasm for our 50th year,” Vaughn told The Daily Times recently. “We celebrated last week at The Capitol Theatre (in downtown Maryville) to celebrate our documentary release, and our dancers had their gowns on and were able to watch themselves on the big screen, even if they were wearing masks. At this point, we’re really kind of taking it a day at a time and trying to stay positive, keep a positive attitude and move ahead with our year.

“If we have to pull back, we have to pull back, but we’re forging ahead for now. Our dancers are rehearsing and training and learning their choreography, and we’re just kind of moving ahead one step at a time. We’ll follow the guidelines of our theaters, and if at some point they say we can’t do it, or that we can only do it at half-capacity, that’s what we’ll do.”

While masks will be required at Maryville College’s Clayton Center for the Arts for next week’s performance, capacity (as of this writing) has not been limited. However, rather than on the stage of the Lambert Recital Hall, the company will present “Blue Jeans” in the Nutt Theatre, the facility’s main auditorium, to allow for social distancing, should patrons so choose. In addition, the dinner, catered by Copper Cellar, will be held outdoors on the Clayton Center Plaza.

Once the program begins, audience members can expect a literary twist this year. The “Blue Jeans” programming is always thematic, and for the start of the 50th anniversary season, rehearsal mistress and choreographer Kylie Morton Berry — Vaughn’s daughter — was inspired by a book club that got its start among parents of the company’s umbrella academy, Van Metre School of Dance.

“There were just three of us when we started in December 2019, but we gained some more members, and we were almost through each of us picking our first round of books when the pandemic hit,” Berry said. “We had to postpone meeting together, and we were all still learning how to use Zoom, but when we did get back together, the book choice was ‘The Giver of Stars,’ by Jojo Moyes. At the same time, I had been commissioned to create a work in Atlanta for another dance company, and I had no idea what I was going to do.

“I didn’t know the dancers; I was just heading to Atlanta completely uninspired, but I had just read that book and fell in love with it, and thought that it was such an interesting perspective of women delivering books in rural Kentucky as part of a traveling library initiative that Eleanor Roosevelt started. I loved the idea of these women who came from these different experiences in life and came together to do this.”

From that inspiration came “Six Women, Six Thoughts,” which Berry turned into her commission piece but wanted to stage for East Tennessee audiences as well. In planning for “Blue Jeans,” she went back to the wonder and magic of the written word and decided to plan all of the program’s short pieces around literary adaptations, she said.

“I was really inspired by what a book club is: how we all have different interpretations of a book, and we all get something different from what we read, and that’s how I approached all the pieces we’re doing,” she said. “We’re not telling the story that you read; the dances are about the feelings and emotions of what people have gotten out of what they’ve read.”

Case in point: “The Diary of Anne Frank.” Instead of recounting Frank’s words in the journal itself or the tragedy of her death, the “Blue Jeans” piece explores Frank as an inspirational icon, Berry added.

“We want to focus on how Anne, without knowing it, became a literary hero,” she said. “She never intended to have 6 million copies of her diary read, so we wanted to capture how Anne’s diary has affected young people and adults all around the world for so many years. So the dancer in the role of Anne dances with a diary, and she hands it off to these other girls, and as they’re reading it, she’s hovering over them like a voice in their heads.”

“Where the Crawdads Sing” is another piece on the program, one in which a chapter of the book is selected for the performance. Other works on the program include “The Telltale Heart,” “Little Women” and “The Queen’s Gambit.” Dancer Calista Jones, a decorated ballerina attending Maryville College, will perform Hemingway’s “The Sun Also Rises,” and Van Metre faculty member Harper Addison will perform in a take on Paulo Coelho’s “The Alchemist.” “The Art of French Cooking,” “The Giving Tree” and “The Invention of Wings” are also on the program, and each piece will be choreographed to a unique style of music.

“For instance, with ‘Little Women,’ we’re showing the playfulness of the four sisters and their reactions to each other, and it’s a classical piece of music by Beethoven,” Vaughn said. “Instead of starting with music, like we have in the past, we’re starting from the idea of these books and then finding ideas for music that fit in. For ‘The Art of French Cooking,’ for example, we found some great French café music. I think it’s going to be a lot of fun.”

At the same time, the company’s leaders are eyeing fluctuating COVID numbers and still trying to plan for the rest of the season: “The Nutcracker,” scheduled for the holidays, and a spring production of “The Little Mermaid.” What the year holds remains to be seen, but with “Blue Jeans, Ballet and Books” within sight of the finish line, the start of the company’s anniversary season is at least off to a good one.

“I love to create, and I love to dance, even in the unprecedented times of a pandemic,” Berry said. “Where other things have been limited, it’s the one thing that has kept me going, because it’s the thing I love the most. One day we’ll be back to normal, and I don’t want these dancers to miss out on that part of their education. On top of that, I love literature, and I love diving into a new book, so the opportunity to combine both my passion and my hobby together as one has been really fun.”

COVID PROTOCOLS: Masks are required inside the Clayton Center

HOW MUCH: $100 (includes dinner, drinks and the performance)