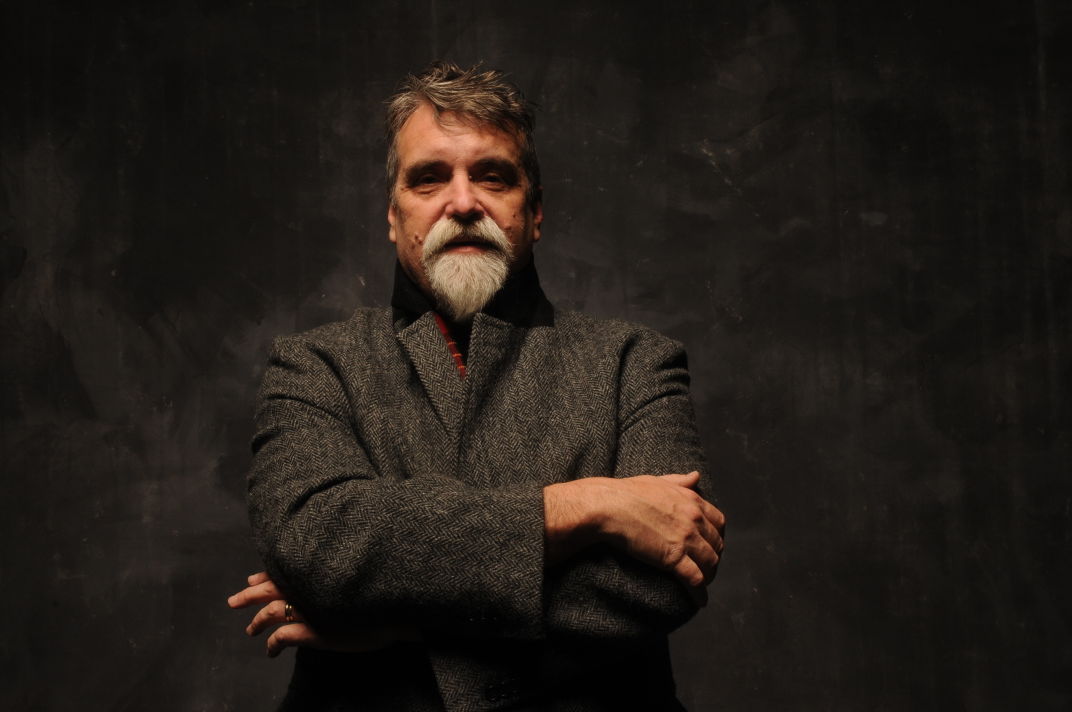 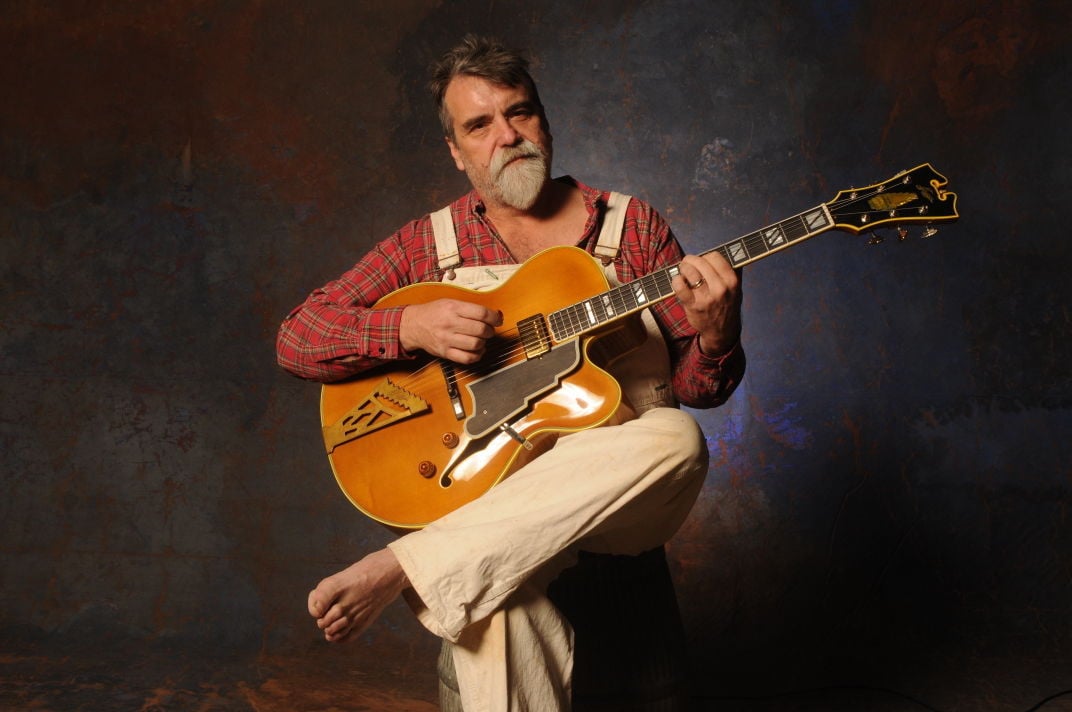 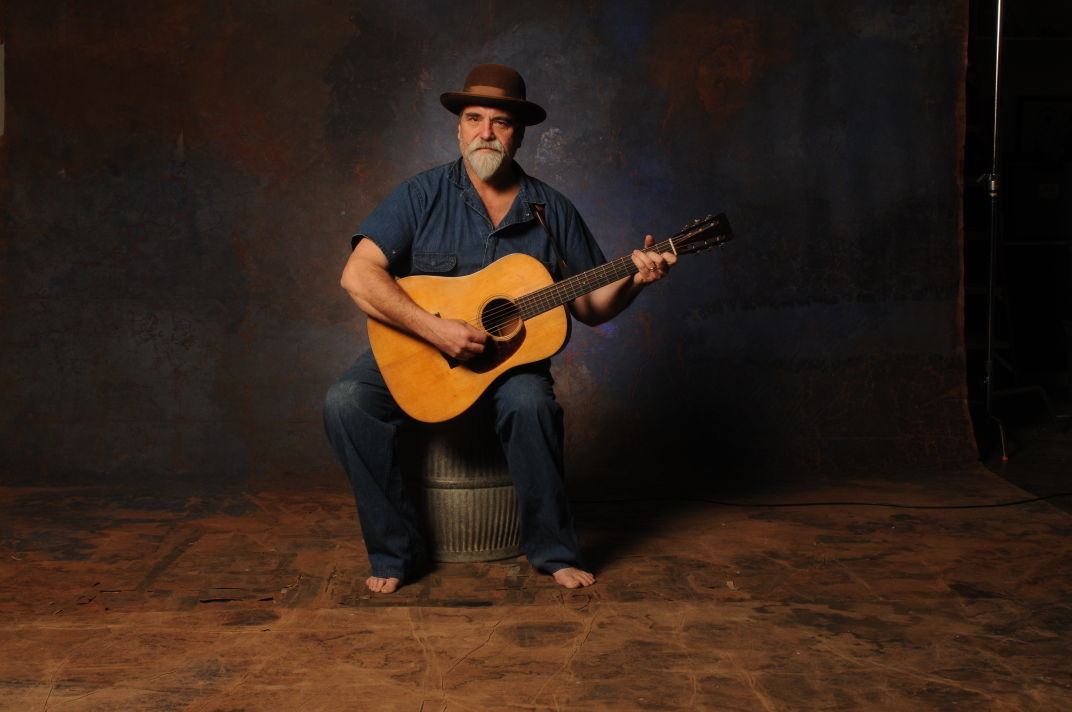 Earlier this year, Darrell Scott released his most recent album, “The Couchville Sessions,” a collection of songs he started more than a decade ago but just got around to completing.

The opening track, “Down By the River,” is a joyous song of celebration. It’s also very likely the last recording ever made by the late, great Guy Clark, who contributes a spoken word section to the song that while strained and weary, is unmistakable in its ownership.

“I recorded that last summer with Guy, when I went to his house and took a portable recording thing,” Scott told the Daily Times recently. “It’s an older Guy Clark, and I kept that gap in that song for almost 14 years. That gap was tracked that way, because I’d always planned to put Guy’s voice on it. I didn’t plan on it being 14 years in the making, but that’s what it was, and I was thrilled I got such a good piece of work from him.”

Clark, who died in May, was considered an elder statesman of the Americana scene in which Scott travels; in “Down By the River,” he describes two crows and their nest in an old windmill derrick, lined with the skin and bones of baby rattlesnakes they eat. Scott gave Clark free rein to add whatever he felt like to the song, and while he wasn’t sure what that might be, he had little doubt it would be up to the old song craftsman’s standards of quality and grace.

“It’s not surprising, but he was also sick during that time, so I wasn’t sure what I would get, and he wasn’t sure what I would get,” Scott said. “We just kind of didn’t know. I didn’t go to try and get in his way about it; I did it because I thought we could pull it off, and sure enough, he did. It was a gamble, but there’s nothing wrong with going and spending an afternoon with Guy, even if you don’t get a recording out of it.

“That’s my favorite moment on the whole record, and that’s why I put it as the first song. Most people just listen to the first song of the record anyway, and if you’re going to listen to one song, that’s the one I want you to hear. I kind of stacked the deck so you’d hear that song and hear my friend Guy Clark.”

Scott, who headlines the Dancing Bear Lodge Music & Food Festival on Saturday in Townsend, has made a lot of similarly talented friends over the years, and his willingness to play as a sideman as well as under his own name. Over the years, he’s played alongside everyone from Tim O’Brien to Sam Bush to Jimmie Dale Gilmore to Steve Earle to Robert Plant, who tapped Scott as a member of his Band of Joy a few years back.

“It’s really all the same in that I’m supporting the song in all of them, whether it’s Guy or Steve Earle or Robert Plant or my own,” he said. “I tune into the songs — I can’t help it. I just do. That serves me as a musician to be able to respond to the songs. It’s just something that comes out. I naturally have that ability, and I apply it whether it’s my stuff or somebody else’s. I’m trying to serve the song.”

Born in Kentucky and raised in the steel-mill town of East Gary, Ind., as a child, Scott grew up around music and creativity. He played his first professional gig at 15 in his father’s band, and by 16, he was playing in roadhouses in Southern California. Traveling to Canada and eventually to Boston, Scott attended Tufts University, and in 1992 moved to Nashville, where he found his niche. As a songwriter, he contributed a string of hits that reads like a list of the best modern country music has to offer. There’s “Long Time Gone” and “Heartbreak Town,” both hits for the Dixie Chicks; “Great Day to be Alive,” by Travis Tritt; “Born to Fly,” a No. 1 hit for Sara Evans; “Family Tree” for Darryl Worley; and “You’ll Never Leave Harlan Alive,” recorded in the same year by both Patty Loveless and Brad Paisley.

As a performer in his own right, he plays “most anything that can be plucked, beat or blown,” according to the Musichound Folk Essential Album Guide, and he’s performed with some of the finest peers in the singer-songwriter canon. As part of Plant’s Band of Joy, he worked alongside vocalist Patty Griffin, bass player Byron House and guitarist Buddy Miller. At the same time, he’s championed some of Music City’s unsung heroes over the years: For his “A Crooked Road” album in 2010, he called on pianist Hargus “Pig’” Robbins to contribute his musicianship, along with upright bassist Dennis Crouch.

He does those things because at one time, men like Guy Clark were willing to take a chance on him, and Scott’s loyalty to his friends is another reason he sought out Clark’s contribution to “The Couchville Sessions.” That his recording may very well have been the last time anyone captured Clark on tape (so to speak) makes that song all the more special.

“I don’t know that for a fact, but I don’t know of anything else he did after that,” Scott said. “Maybe no one else would have asked him, based on the shape he was in. To me, though, he was that kind of a friend.”

And while it’s a special moment on “Couchville,” it’s one of a number of nuanced and tasteful presentations by Scott. He also selected a cover of Townes Van Zant’s “Loretta” — “I always thought it was a great song and a light song, and I wanted to balance out the record because sometimes I can be pretty thick and heavy,” Scott said. “Townes has more heavy songs than anyone on earth, but I wanted to choose one of his lighter ones.” And then there’s “Waiting for the Clothes to Get Clean,” a character study of a troubled couple at a laundromat that’s so starkly real it could only have been drawn from real life.

“I too, grew up going to laundromats, and I’ve always been fascinated by the people,” he said. “They’re wearing their work clothes; that’s why they’re at the laundromat, because their good clothes are dirty. The couple in that song, they aren’t really hitting on all cylinders together, but they stay together anyway. He’s extra mean to her, she’s short with him — it’s just a character study of people doing this really mundane thing, which is laundry, and having these problems they have as a couple, but they keep doing it, and in two weeks, they’ll be back doing the laundry again, and still together.”

It may sound like a bleak existence, but life often is when you’re stuck between stations in life. Scott knows this, and he’s been writing about the people in those places for years. As for himself, he’s now living between Nashville and Knoxville, on a farm with a lot of land and animals and gardens; he’s on the road so much these days to support “The Couchville Sessions” that he hasn’t had a lot of time to enjoy it; he recently a recent two-week swing through Texas and Colorado, and this weekend, he’ll join his son’s band, Boy named Banjo, and that of his friend Jay Clark (who performs with the Tennessee Tree Beavers) on the Dancing Bear stage.

Along the way, he’ll cast his eye for the people and stories that will find their way onto his next record, which will get made down the road, in Scott’s own time. It’s a trait that serves him well, but more importantly, it serves the songs — which is his mission in the first place.

“It feels like it was always there; as a matter of fact, there are other times I would certainly like it to go away, where I wish I wasn’t so observant — and I’m sure there are some who are close to me who also feel that way, too!” he said with a chuckle. “I’ve always been like that, basically. Sometimes I didn’t have songs in order to put them in, but the observational skill, if that’s what it is, has always been there, for better or for worse, but it makes for good writing, so it’s suited me well.”

"Down To The River"