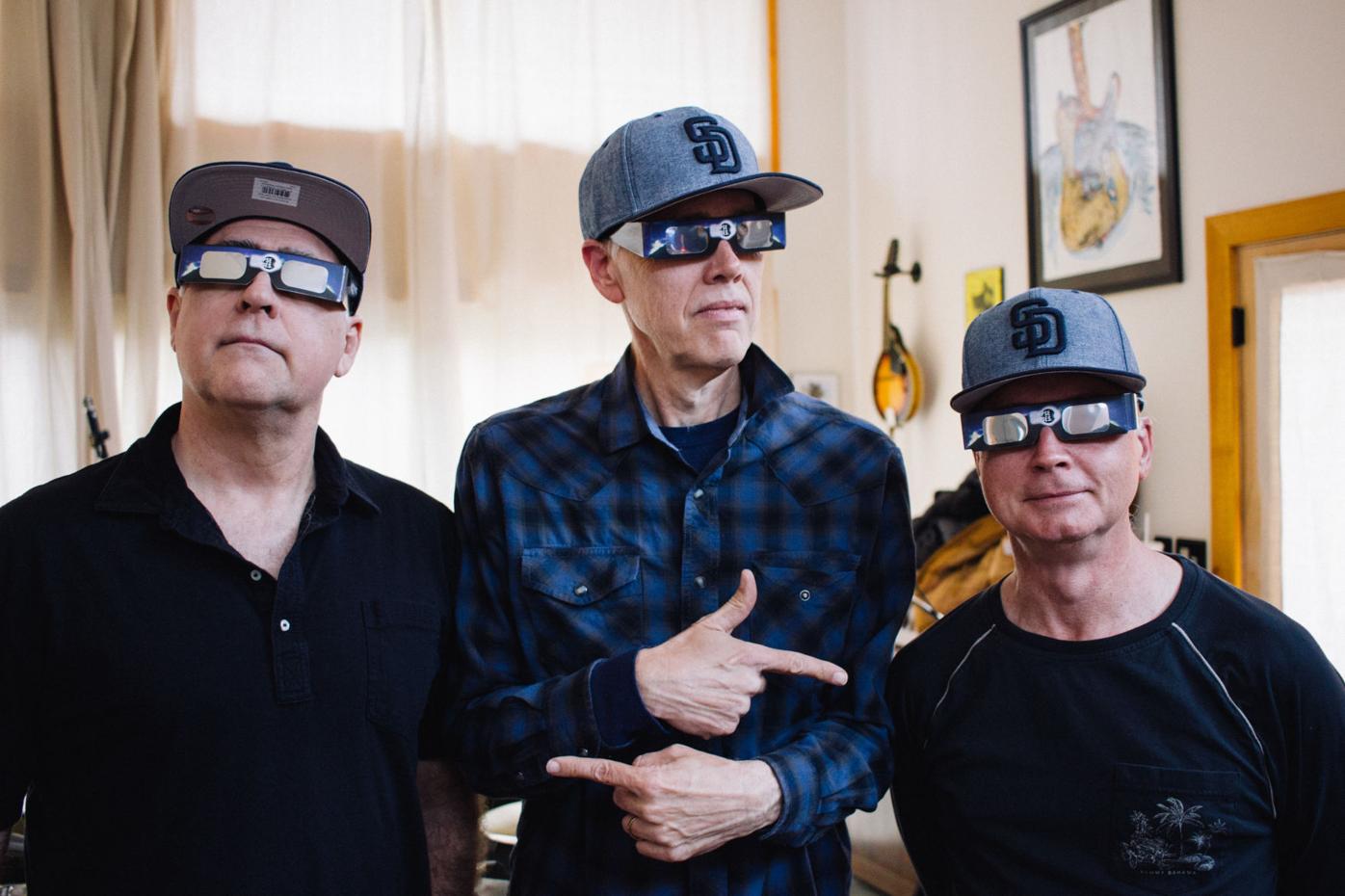 Smokin’ Dave and the Premo Dopes are Dave Nichols (from left), Todd Steed and Dug Meech. 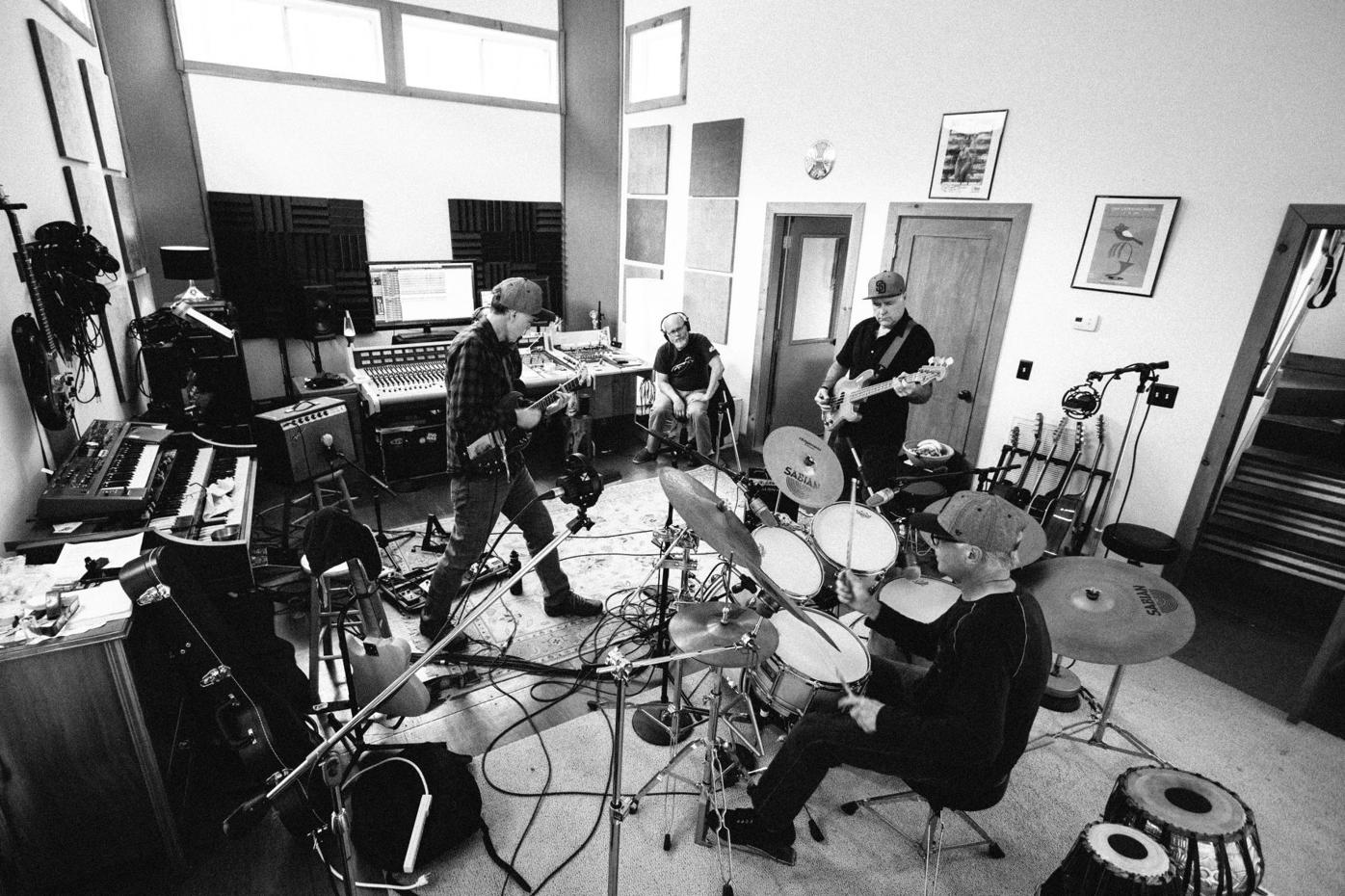 Smokin’ Dave and the Premo Dopes record “Historic Knoxville High,” set for release on April 1, at the Arbor Studio in Knoxville.

Smokin’ Dave and the Premo Dopes are Dave Nichols (from left), Todd Steed and Dug Meech.

Smokin’ Dave and the Premo Dopes record “Historic Knoxville High,” set for release on April 1, at the Arbor Studio in Knoxville.

It sounds rather ridiculous to say that Smokin’ Dave and the Premo Dopes have been in a race against time for the past seven years, but there’s a grain of truth to such a statement.

After all, that’s how long it’s been since Dave Nichols, the bass player for the Dopes, first saw the sign on the old Knoxville High School building in the city’s Downtown North neighborhood that inspired the title and ethos for the band’s new double album. It’s been almost three decades since the band — arguably one of the best to ever come out of the Knoxville scene, a bold statement indeed — put out a new record, but when Nichols read the words “Historic Knoxville High” emblazoned across the entry to the former institution that’s since been converted into a senior living facility, he knew it was time to get the band back together.

“When I saw it on the building, I was kind of shocked, and I couldn’t believe it was on a building,” Nichols told The Daily Times recently. “I took it the other way, meaning the good old days in Knoxville, because I remember the historic Knoxville High real well. And I just thought, ‘You know, the Premo Dopes should do an album with that name, and we’ve gotta make sure some other band doesn’t put that out first.’”

That was back in 2014, but like most things in the Dopes universe, time is relative. Fortunately, that “race against time,” the guys added, was ultimately a victorious crossing of a finish line that will take place on April 1, when the album “Historic Knoxville High” will be unveiled digitally, as well as on CD and vinyl. It’s a glorious collection of mostly new material along with a few reworked Dopes classics, and while so much of the Knoxville they once ruled has changed, one thing has not:

The three band members — Nichols, drummer Dug Meech and vocalist/guitarist Todd Steed — are still some of the most fluidly talented, criminally underappreciated and self-deprecatingly witty players around. If they make it another year (and there’s no reason to think they won’t), the band will celebrate 40 years since the Dopes evolved out of the band Real Hostages, which itself can trace its lineage back to Steed and Nichols establishing a friendship as third graders.

“We had a couple of original drummers before Dug showed up at a show and just grabbed the mic and started singing lead,” Steed recalled. “I didn’t know who he was, but back then, we were always like, whatever happens IS the show. If the power goes out — which happened — then that was part of the show. And that night, we just thought, ‘Well, this guy’s alright, and he wants to sing, and he needs to express himself, so let him sing!’

“He was crazy, just like a wild man, and when our drummer at the time quit to go play with Janie Fricke, Dug would come into the record store where I was working (Record Bar, long gone but located where the Chipotle is on the Cumberland Avenue “Strip” in Knoxville), and I knew he played drums. I told him we were looking for a drummer, and if he knew any to let me know, and I waited on him to say, ‘What about me?,’ but he didn’t say anything! Finally I asked, ‘So you think you can channel that Joey Ramone thing on the drums?’”

Meech, already a fan of the fledgling incarnation of Smokin’ Dave, said yes (“He was so much more mellow in the daytime!” Steed added), and the band was on its way to becoming an East Tennessee institution. They never played Maryville, although Steed played the Maryville High School prom after-party with his pre-Dopes cover band, Etcetera, back in the late 1970s, and Nichols has sat in with a few different bands at Brackins Blues Club. They did, Nichols added, try to book a gig at the fabled Maryville venue the Down Yonder, but “it closed before we got our (stuff) together,” he said.

No matter, however: The stage, figuratively and literally, was set for the band’s ascendancy. There was no specific Smokin’ Dave formula — if anything, it was the band’s apathy toward convention and embrace of all things quirky that made them so beloved. They often opened shows for themselves as an alter-ego band; one show’s opening act was a group of friends on stage playing poker; another featured a cardboard cutout of Lionel Richie.

To emphasize Steed’s point: Whatever happened became part of the show, up to and including songs created on the spot that would become Smokin’ Dave classics, like “Keith Richards’ Blood” and “Right-Handed Love.”

“I’ve got to give a shoutout to Dave and Dug’s musical abilities and their training,” Steed said. “They were both in the jazz program at (the University of Tennessee), and they had this ability to play anything and not just be like, ‘It’s gotta sound like The Cars!’ If you have the ability to kind of be able to fake everything, then everything becomes open, and that allows you a lot of freedom.

“They could play anything in any style, and then they could teach me the easy, 1-2-3, by-the-dots version of Duke Ellington or someone else, and having that sort of ability to play a lot of different things allowed other things to spontaneously happen. People like (the late Knoxville performance artist, poet and scene figure) Ali Ackbar, who was known back than as Horace Pittman — if he wanted to come up and do poetry, there was no fear that it wouldn’t work, whether it did or didn’t.”

Although college rock exploded as a commercially viable, outside-the-mainstream-cool genre during the 1980s — and Smokin’ Dave certainly got its fair share of airplay, mostly on WUTK-FM but in other markets as well — getting airplay wasn’t the goal. Sounding like their contemporaries — R.E.M., Hüsker Dü or the Replacements, all of which Smokin’ Dave played with or opened for — wasn’t the goal. Selling millions of records (which never happened but would have been nice nonetheless) wasn’t the goal.

The goal, Nichols said, was to rock the hell out in the moment, wherever and whatever that moment happened to be.

“But we did have boundaries!” Meech interjected.

“We weren’t going to wear hairspray or mousse or mascara or spandex,” Nichols added with a laugh. “Dug was the only one allowed to wear spandex, but he wouldn’t.”

That dedication to the moment makes it a wonder the new Smokin’ Dave record was ever completed at all. Seriously: Work began in 2014, and with it being a self-funded project as opposed to a crowd-sourced one, there was no deadline other than what the guys put on themselves. The process started by going through unrecorded songs from the past almost four decades, leaving open room for on-the-spot compositions like “Stop the Song” — inspired by Nichols’ son, who was 4 at the time, sticking his head into the basement during one of the sessions and yelling for them to knock it off.

(One new song, “Blount County Dreams,” was another made-in-the-moment recording, composed in November 2016 as a “subconscious rambling, but based on a certain unhappy election outcome,” set against the backdrop of a wildfire that burned more than 1,500 acres in Walland that month, according to Steed.)

“I mentioned to my wife at one point that it might even be more cool if we never finished it, that we end up with about 40 hours of recorded music and we hand it on to Dave’s and Dug’s kids to finish,” Steed said. “But I think when the pandemic came, I found myself with time on my end to work on it. I really hate that there’s a pandemic, but the truth is, that gave us a two-pronged motivation: ‘Life is serious, and I don’t know who needs this record, but maybe I need it.’ And it gave Dave and Dug and all of us a second chance to focus on it.”

And finally, seven years after the first sessions for “Historic Knoxville High” were started, the date of its birth is almost here. There are untold hours of material still left on hard drives, but for the moment, the three old friends are thinking ahead to a world filled with vaccinated fans, where COVID is a nuisance rather than a life-threatening illness, where a stage might await some form of Smokin’ Dave live show. What that might look like is anyone’s guess, but one thing is for certain: Whatever happens will be part of the show, and Smokin’ Dave and the Premo Dopes wouldn’t have it any other way.

“You can’t erase 20 years of playing together, unless of course, God forbid, we get Alzheimer’s or something — and literally, at our age, that’s actually possible!” Steed said. “But you can’t unlearn that brotherhood. When we split the band, we ended on really good terms. Some bands break up in a very entertaining ball of fire, but for us, it’s always been easy.”