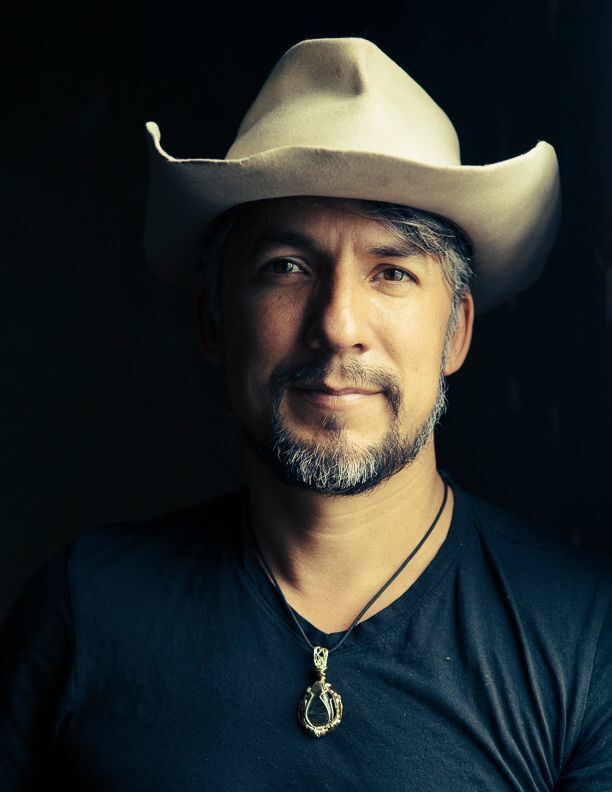 The former frontman of The Black Lillies is making adjustments to life as an entertainer — and a dedicated family man — in the era of COVID-19. 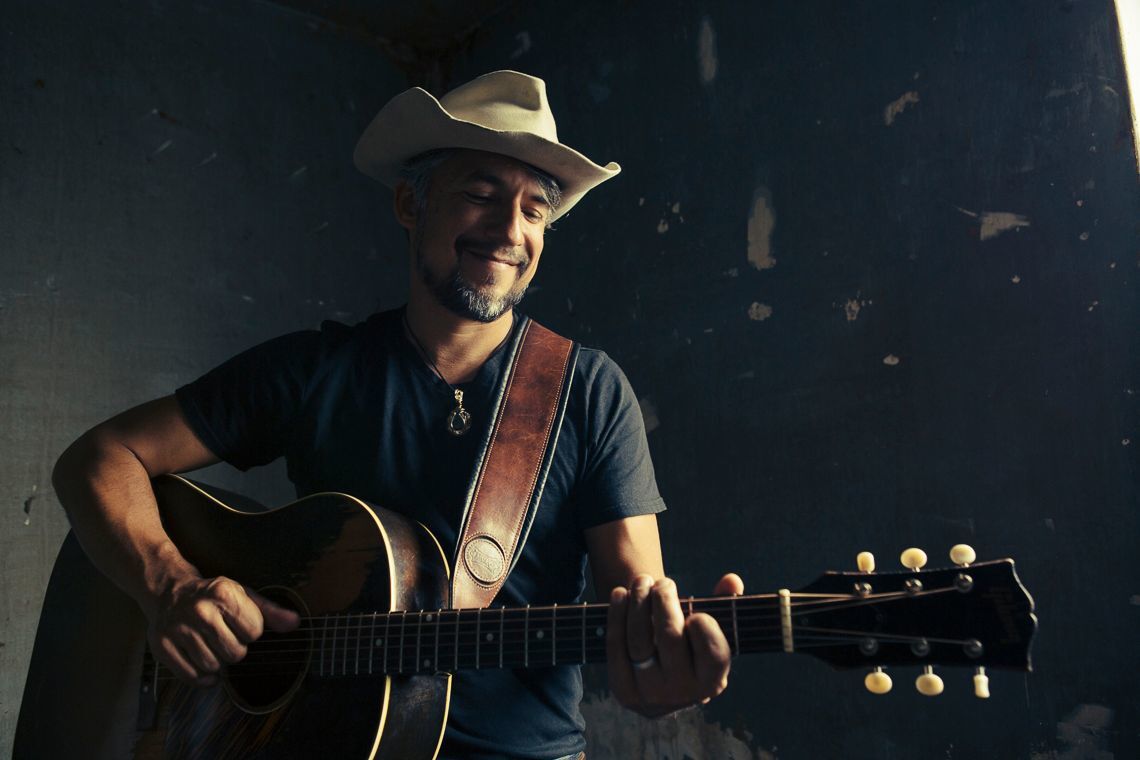 The former frontman of The Black Lillies is making adjustments to life as an entertainer — and a dedicated family man — in the era of COVID-19.

But for a few twists of fate, Cruz Contreras, founder and former frontman of The Black Lillies (and, before that, the bandleader of his ex-wife’s project, Robinella and the CCstringband), might be somewhere in a Mexican villa on the Pacific coast, staring out at whales and planning the next south-of-the-border show.

It was, after all, what he seemed to be working toward when the Lillies, arguably one of East Tennessee’s best-known Americana exports, decided to call it quits in late 2019. The band had run its course, Contreras told The Daily Times recently, and he had started focusing on a record under his own name that stirred interest in a scaled-down career as a solo artist.

“I had some solo shows booked at the beginning of 2020 — two festivals in Mexico, and I toured California and Colorado,” Contreras said. “Things were going so well and felt so effortless, there seemed like no resistance, and I just got this weird sense that I needed to enjoy it. I was touring Mexico and meeting musicians and getting a taste of this solo thing and looking at whales, and I thought, ‘I’m gonna be a cowboy surfer.’

“That’s really what I thought — like maybe the next phase for me was as this cowboy surfer artist. But at the same time, I felt like it was a gift, like this gift you’re given before you come up against a serious challenge.”

The challenge didn’t take long to present itself: People around him started getting sick. The festivals were fun, but afterward, fans seemed to drop like flies from a mysterious illness that soon would be identified as COVID-19. He continued to tour, however, until eventually another Mexico performance, slated for March, was canceled. Within a day of that announcement, he was on his way back to East Tennessee, his calendar effectively cleared for the rest of the year.

Fortunately, Contreras has some experience navigating unexpected changes. For several years, he and Robin Ella Tipton Bailey took the CCstringband into uncharted territory, thanks to the band’s country-jazz leanings that got them deals with both Columbia Records and Dualtone. In 2007, the couple — long based in Blount County — divorced, and Contreras found himself figuring out his next steps. The Lillies evolved from that period, Contreras moved to Knoxville and within several years, the band was putting one record after another on the Billboard Hot County Albums chart and touring around the country.

“When the band originally went out at the end of 2009, that was the first time most of us had been out West, and it was an adventure,” Contreras said. “You’re going new places and meeting new people, and it’s a lot of fun. But years down the road, when you’re in Iowa City on a Tuesday night to play at the VFW, it becomes an existential crisis, and you start to ask, ‘What am I doing?’”

At the end of 2018, Contreras lost his father, and the death of the Contreras family patriarch changed everything. His dad, he said, was one of his first musical mentors, as well as his biggest champion, and he had long wanted Cruz to play more piano and pursue more personal work.

“Watching him pass on, I realized how completely out of control most things are in our life, and I had this instant realization that whatever I was going back to, I wasn’t going to go about it the same,” he said. “I had enjoyed a lot about (the band) lifestyle, and I wouldn’t have done it if I didn’t want to do that, but after my dad passed, I knew I wasn’t going back.”

He started pursuing yoga and focusing on his health. He began working on a solo record, “Cosmico,” with two musician friends, Ethan Ballinger and Megan McCormick. He started playing more shows as a solo artist. And by the time 2019 came to an end, the band announced it was hanging it up.

“In some ways, it was growing, but in some ways, it wasn’t, and it became a bit more of a job for everybody,” he said. “I felt somewhat desperate going into that (last) tour, like the pressure was on me to make something happen, and that’s not a good position to be in. We were running ragged, and I don’t think my happiness was where it needed to be. I just wasn’t satisfied, and that wore on me, and it wore on the band, and by the end of the summer, it just kind of came to a head.”

They kept it to themselves for another several months to finish out their commitments, and planned a final hometown show in Knoxville as a proper goodbye — but that was scheduled for last April, and thanks to the virus, never came to pass. By March, Contreras was back in East Tennessee, staying at a friend’s place in East Knox County, and wondering where life would take him next. The band was done; the solo career was on hold; and suddenly, he realized, he had free time. More than that, he said, he realized he might be ready to open his heart again.

“I realized that for the first time in years, I had time and energy for a relationship, and I remember distinctly that hitting me,” he said. “I was looking out the window over the valley, and it was really just like a flash of light, and I knew exactly what that was.”

Several days later, he met Molly Franklin. Love ensued. On Aug. 28, the pair married in Bozeman, Montana. By year’s end, they had picked out a home in Maryville’s College Hill neighborhood and were settled back in the county where his music career first got its start.

“Being back in Maryville feels good to me,” he said. “Of course, Cash (his son with Bailey) is the No. 1 factor in that. He’s a sophomore in high school, and he’s wrestling, so we were able to find a place near the high school. Plus, my mom lives in Townsend now, and Robin and Webster (Bailey) live out U.S. 411. And then Molly’s mom lives in Hardin Valley, so this kind of puts us in the middle of family.”

And makes it a little bit bigger: He’s also a stepfather to Molly’s 4-year-old daughter, and with amenities like Vienna Coffee House and the Greenbelt so convenient to home, it feels like a good place to rediscover the next phase of his career. (Which, as of now, does not involving surfing or being a cowboy, he added with a chuckle.) What that looks like, however, is still murky because of COVID-19.

“Doing virtual music lessons was kind of the first thing I went to, and then livestream concerts, as soon as things got shut down,” he said. “I had been wanting to do that for years, and I had been working on that for years, so I was ready to do those things as soon as the pandemic happened. As spring turned into summer, I was able to do some socially distanced drive-up shows, but then as it got cold again and cases started to tick up, it’s been challenging.

“But January has been surprisingly busy. I’ve found a few venues that will do super small, socially distanced shows where venues or promoters do things like auction off a limited number of tables, and they’re all set up a dozen feet apart, so you’re playing to 20 or 30 people as opposed to 200.”

That was the setup last weekend in Roanoke, Virginia, where no doubt a fan or two asked when “Cosmico” would be available. It’s been done since 2019, but there are business logistics to resolve before that can happen. He jokes that it’s his “Chinese Democracy” record — a reference to the Guns N’ Roses album that took 11 years and $14.1 million to make — but he swears that it will be out … eventually.

“The music is done, the artwork is being finished, and I just had a meeting with my producers yesterday, but I can’t put a release date on it yet,” he said. “Nobody wants to get it out sooner more than me, and I know there’s this pressure to get it out, especially when nothing’s happening because of COVID.”

Except, for Contreras, things are. He’ll be performing next Wednesday with his band at The Tennessee Theatre in downtown Knoxville as part of the Ghostlight Series of video concerts, and he’s pretty busy with family new and old. He regrets that the Lillies weren’t able to send off the band in style, but for now, the path forward is a solo one — just not in the way he envisioned it a year ago.

“This past year has been a lot to process!” he said with a laugh. “But I love Maryville, and I’m glad this is where I wound up. I have friendships here that have lasted a long time, and I love being near the mountains. It’s nice to feel like part of a community again, and I’m curious what it will lead to as far as new opportunities and connections down the road.”