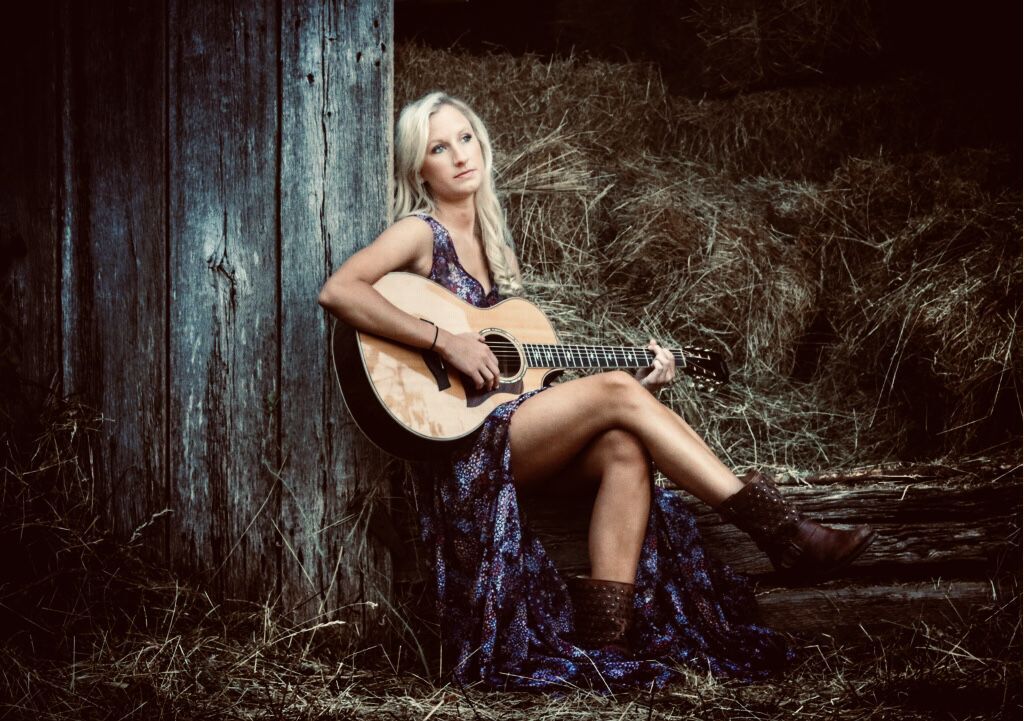 Chelsea Berry recorded a series of videos at downtown Knoxville’s Bijou Theatre, as well as a debut EP — “Chase This Wild Dream.” 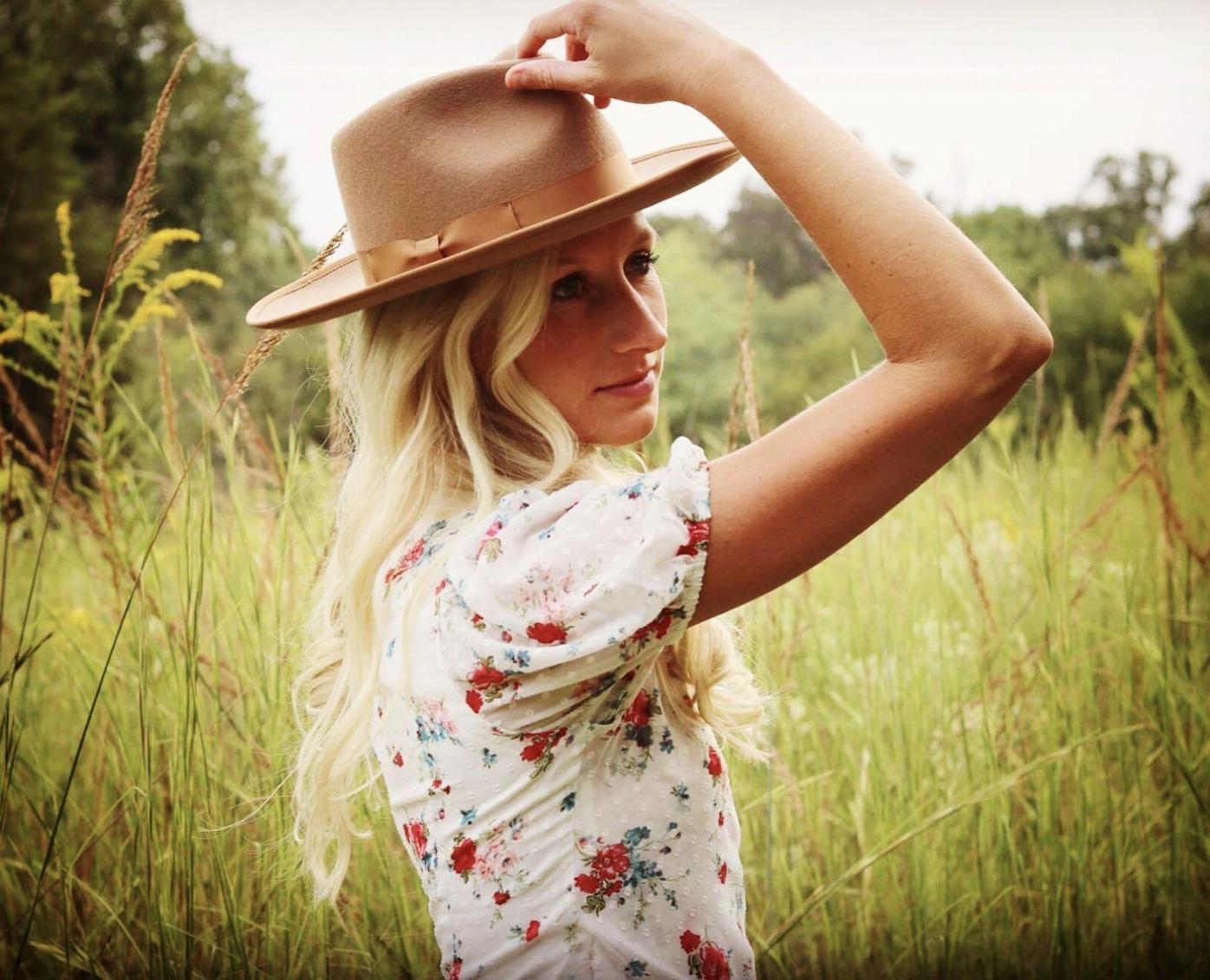 Chelsea Berry released “Chase this Wild Dream” in August, and she’s continued to write her own music.

Chelsea Berry recorded a series of videos at downtown Knoxville’s Bijou Theatre, as well as a debut EP — “Chase This Wild Dream.”

Chelsea Berry released “Chase this Wild Dream” in August, and she’s continued to write her own music.

Standing before the congregation of Blount County’s Fairview United Methodist Church right before her first solo, Chelsea Berry looked her fear in the eye and refused to back down.

She had grown up with music, and when it came to performing for loved ones and close friends, she never thought twice. But crippling shyness, she told The Daily Times recently, always stopped her from singing in front of strangers, despite the exhortations of those who recognized the power of her voice to do something greater with it.

“Through school, I was just into sports and my friends; I was never involved in choir or anything, really, because I was always too shy,” Berry said. “My friends were always saying, ‘Why aren’t you pursuing this? Why aren’t you trying out for “American Idol?”’ But I was just terrified. Finally, I started going to choir practice with my mom, and I would just stand in the very top left corner, hiding behind her, but I just kept singing, even though I was terrified.”

Eventually, one song called out to her: “What a Beautiful Name,” by Hillsong Worship. Listening to it in her car, she took it to church music minister Wesley Rouse, who immediately ordered the music and told her: “You’re going to sing this.” When the time came, and she stood in front of the choir, the collective gaze of the congregation paralyzed her … but only for a moment.

“I realized I just had to put all that behind me and be like, ‘You know what? This is my dream. I want to sing,’” she said. “I went back to my 4-year-old self, when I would just sing in front of anyone. I just prayed, and I knew God was going to get me through this, and I did it. The reaction of everyone was so humbling — people were in tears, and they stood up, and I felt so very loved.

“That was the validation I needed to realize, ‘OK. Maybe I can really do this.’ For the first time, I felt like an artist, and I realized, ‘This is what it would be like if I was performing a show.’ That was the turning point when I realized, ‘Maybe I can do this professionally.’”

That was three years ago, and Berry, who just turned 30, hasn’t stopped singing since. Because of COVID-19, shows these days are few and far between, but she’s spent the past year pursuing the dream she first had as a little girl, and now with a series of videos recorded at downtown Knoxville’s Bijou Theatre, as well as a debut EP — “Chase This Wild Dream” — documenting her journey, she stands on the precipice of breaking out as one of Blount County’s latest musical exports.

The daughter of Audrey (a teacher for Maryville City Schools) and Mike (an Alcoa firefighter) Berry, she grew up in Blount County, graduating from Maryville High School in 2009 and studying at Maryville College for two years before transferring to the University of Tennessee. Throughout her childhood, she said, music was a constant companion, and even though she didn’t pursue it as a calling until her mid-20s, those childhood influences still can be detected in the songs she creates today.

“My dad loves music, and I remember going upstairs with him and just sitting there, and my mom would come home and we would be listening to ‘The Lion Sleeps Tonight,’” she said. “Dad took me to different bluegrass festivals, and I remember hearing him play Ricky Skaggs and Alison Krauss, and I would just memorize the words to all of them. I was just always singing.

“Then, my grandmother (Dottie Berry) was probably my biggest fan. She would take me to New York City and to different Broadway plays. I had the whole soundtracks of ‘Cats’ and ‘The Sound of Music’ and ‘Annie’ memorized, and I even had an ‘Annie’ costume she made for me. I always wanted to put on a show, and I would get my sister and my cousins involved, whether they wanted to be or not.”

In college, however, it fell by the wayside as she majored in exercise science and went to work for Southeastern Retina Associates in Maryville, her current place of employment — at least for the time being. Because now that she’s found her voice again, she’s determined not to take it for granted.

“This is my dream. I’ve wanted to do this, but I never had the confidence until I realized that God gave me this voice, and what a waste it would be if I didn’t use it more,” she said. “That was really my turning point, realizing that God gives all of us different talents, but it’s up to us to use them.”

At first, she considered pursuing a Christian contemporary career, especially as she got more confident singing in church. But a meeting with Knoxville deejay Jack Ryan of WMYL-FM, 96.7 The Merle, changed her course. Encouraged by friends and peers to reach out, she sent him a few cellphone videos of singing in her room, and he invited her to the station. She had just competed in the Sevierville Bloomin’ BBQ and Bluegrass talent contest the weekend before, and Ryan didn’t hesitate to put her on the air.

“It was one of those moments that took me back to Wesley telling me, ‘Chelsea, you’re going to do a solo,’” she said with a laugh. “He played two little clips of the songs I did, and then he started working with me and introduced me to a producer, Travis Wyrick.”

Wyrick, a noted studio wizard who’s earned Dove Awards, Grammy nominations and partnered with both Christian contemporary giants and Dolly Parton, took Berry’s music to the next level with his work on “Chase This Wild Dream.” He pushed her to write her own music, not to limit her sound to one specific genre and to figure out who she wanted to be as a performing artist.

“One of the biggest compliments I’ve gotten so far is that he told me I sound like a young Dolly Parton in my song ‘Daddy’s Little Girl,’” she said. “Whenever I was trying to get something right, he would tell me, ‘Fear not! Put some Dolly on that line!’”

Whatever residual fear still lingered, Wyrick helped her push it out of the way, she added. While COVID-19 has thrown all musicians a curveball, Berry has handled it in stride, starting with a cover of “O Holy Night” that got airplay on The Merle and WIVK-FM in December 2019, and a budding friendship with WIVK deejay (and Blount resident) Ted “Gunner” Ousley, who’s become a big supporter. “Chase this Wild Dream” was released in August

She’s continued to write her own music and explore cowriting opportunities with members of the Knoxville Songwriters Association.

The next step, she added: Making inroads in Nashville. It’s a daunting task, to be sure, but for a woman who stared fear down and emerged as a newly minted singer-songwriter, it’s one she’s up to.

“This is what I’m going to do with my life,” she said simply. “It’s crazy to look back on how far I’ve come in such a short amount of time, and I know I have a long way to go, but I never thought I’d be in this position, ever. It really brings tears to my eyes. I would be lying if I said I didn’t have any ups and downs, and always chasing it can get exhausting.

“But ‘Chase This Wild Dream’ is a song I really connect to. I could just get a job somewhere, but I wouldn’t be following my heart. I have to realize that my dream is my dream, and that there are people out there who want to hear my music now and want me to keep doing this.”

Steve Wildsmith was an editor and writer for The Daily Times for nearly 17 years; a recovering addict, he now works in media and marketing for Cornerstone of Recovery, a drug and alcohol treatment center in Blount County. Contact him at wildsmith