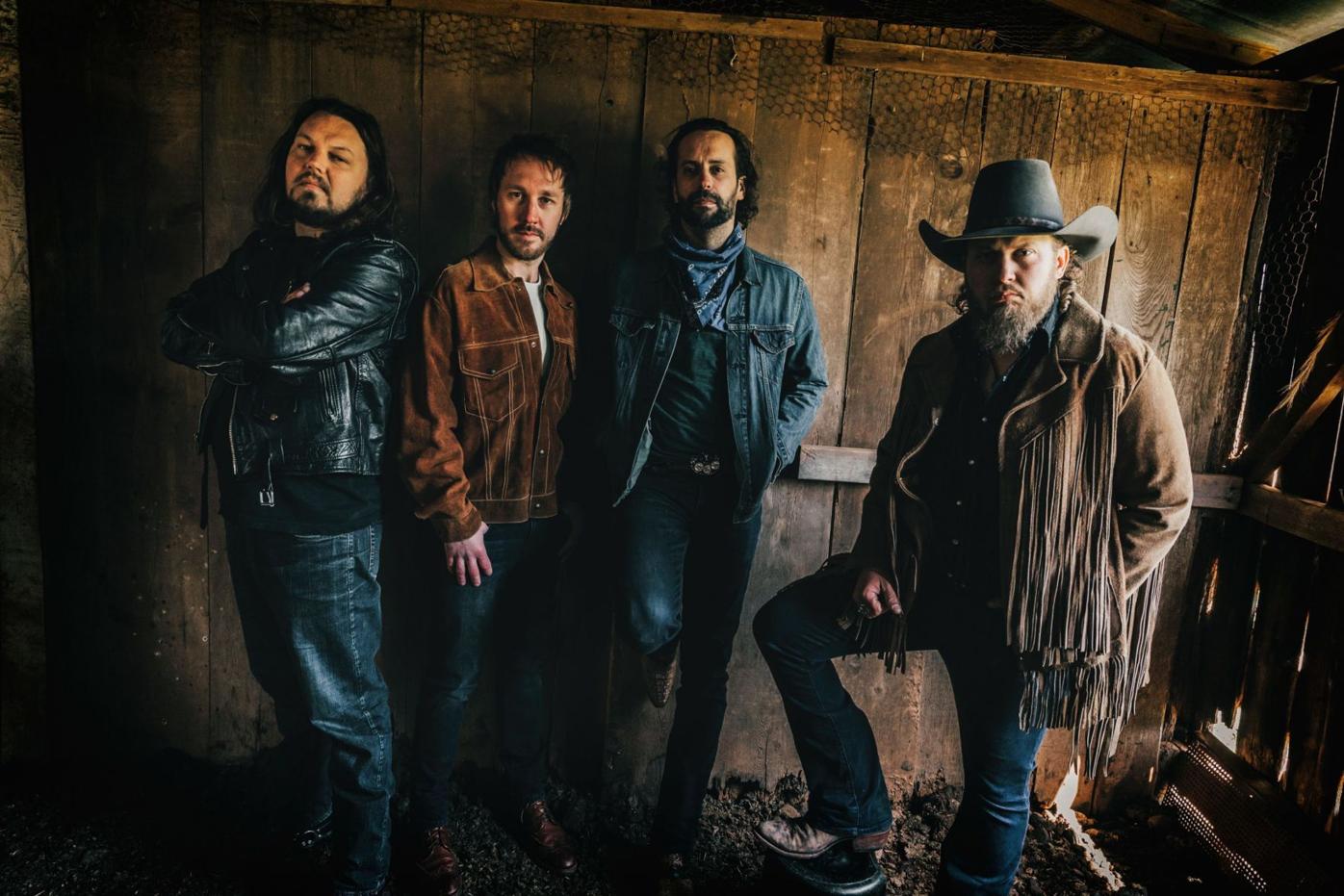 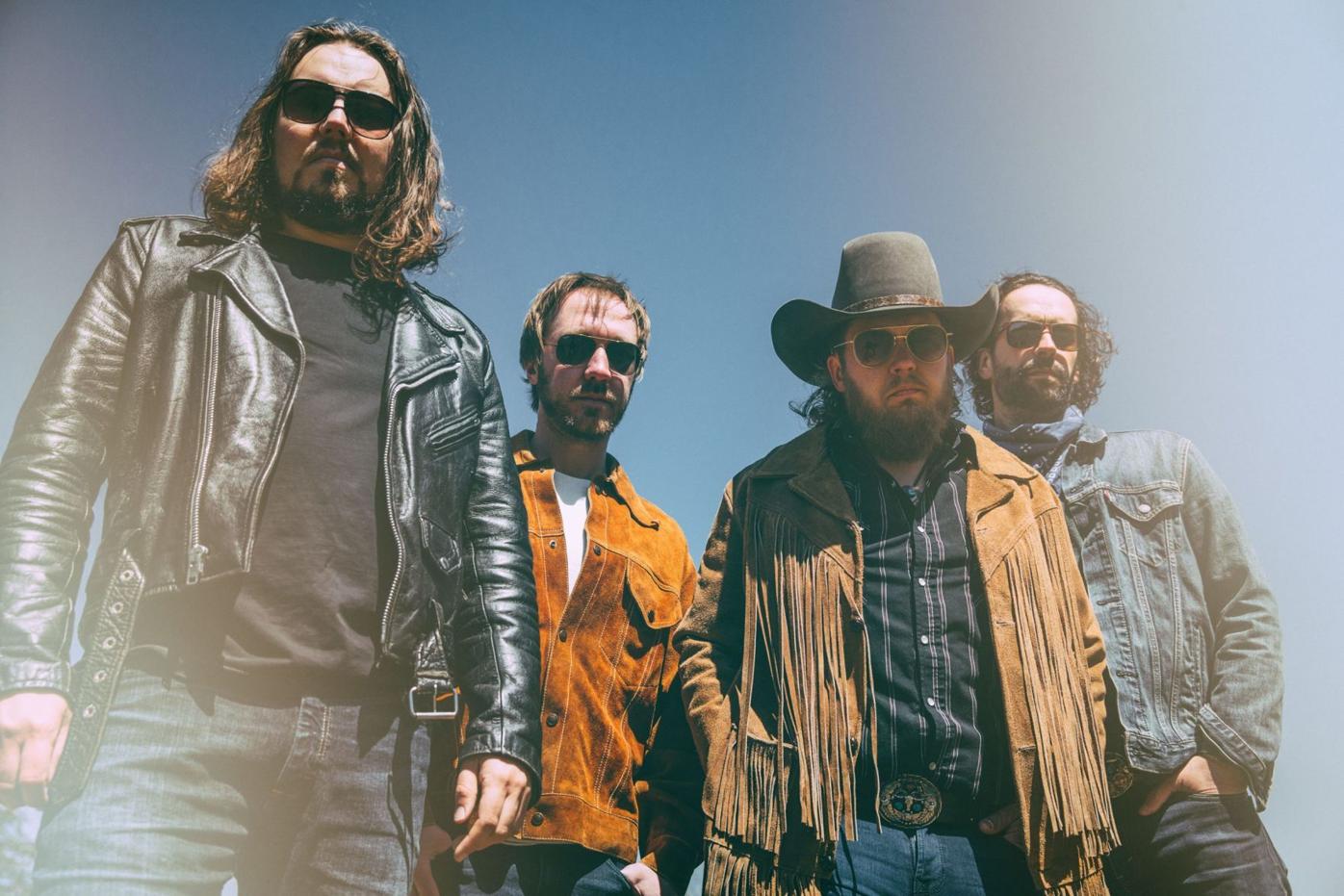 The Steel Woods have the weekend to themselves at The Shed in Maryville.

The Steel Woods have the weekend to themselves at The Shed in Maryville.

Truly, he is. Despite the unexpected death in January of his bandmate — Jason “Rowdy” Cope, who made up the other half of The Steel Woods, which pulls into The Shed in Maryville for a two-night stand starting Friday — he’s made his peace with it, he told The Daily Times this week.

For one, the last project they completed was the new Steel Woods record, “All of Your Stones,” released last March. For another, the last thing his musical soul brother would want, Bayliss said, would be for the guys who now soldier on under The Steel Woods name to let the fans down.

“I’ve definitely gone through a lot, I guess, and it’s difficult, but the last thing we want to do is have people pay their money and come out and have a funeral, or make them sob, or expecting everybody to pay attention to us sobbing,” Bayliss said. “The whole thing, since we’ve been back out, is to give people what they pay to see. I don’t know that there is a balance — it goes up and down, I guess — but we’re just doing all we can to make it a good show. And they seem to keep coming back, so we’re happy about that.”

The Steel Woods got off the ground six years ago, when Cope — whose death was attributed to a complication of diabetes — was playing guitar for outlaw country star Jamey Johnson. He wanted to put together a tribute concert for the late Wayne Mills, a country artist shot and killed in Nashville in 2013, and it was at that show the two men connected. Between acts, Bayliss and Cope found that the chemistry between their singing and playing was undeniable.

From the outset, it was a do-it-yourself operation — literally. They cut a demo record, and while they shopped it around Nashville’s country label circuit, they also gave copies away to construction workers throughout the downtown area, telling them that if they liked Waylon Jennings and the Allman Brothers Band, they’d dig how The Steel Woods sounded.

“We’re just a rock band on 11, no doubt,” Cope told The Daily Times in 2019. “We’re a loud rock band, but our songwriting is really kind of bluegrass based. Most of our songs start on an acoustic guitar, and then we take that and crank up our amps around them.”

With that sound, they built a fanbase from scratch — literally, in markets like Maryville, where the first show the band played at The Shed was indoors in The Smokin’ Monkey Lounge, to two people.

“That’s the story we love telling the most,” Bayliss said with a chuckle. “Those two were there when we did the very first show, but they kept asking us back. There’s a lot to love about the venue and the area, and I think the last time we played over there, I got a bike from Scott (Maddux, the owner of the venue as well as the adjacent Smoky Mountain Harley-Davidson) and went down to the Tail of the Dragon and rode that a couple of times.

“Everybody’s got the same thing on their mind over there, and that’s just everybody having fun. The day goes by a little slower over there — unless, of course, you’re on a Harley.”

In 2017, the guys released “Straw in the Wind,” which gained them industry traction and earned them opening slots for everyone from Lynyrd Skynyrd to Miranda Lambert, from Cody Jinks to Blackberry Smoke, which tapped The Steel Woods as the opening band for their weekend at The Shed that year. “Straw in the Wind” climbed to No. 42 on Billboard’s Independent Albums chart, and the next year, the band got its first headlining show at The Shed.

In 2019, they released the album “Old News,” a record that pivoted harder into full-on Southern rock bombast, but for “All Your Stones,” the guys wanted to showcase their complexity — the ability to tap into Led Zeppelin-style blues-rock on a song like “Out of the Blue” to balladry on a song like “You Never Came Home” to the hard-driving arena-style rock of a song like “You’re Cold,” which is Bayliss’ favorite song to play off the new album.

“We cut that back in 2015, and we revisited it when we were looking at stuff to cut on this record,” he said. “We pulled that back out and listened to it and rewrote all the words to it, pretty much.”

If there’s any saving grace to be found in the timing of Cope’s death, it’s that “All of Your Stones” was completely finished when it happened, Bayliss added. In fact, the last time he saw his old friend, they had gone to the studio to make some final adjustments on the mix.

“We dusted our hands at the end of the day and said, ‘That’ll do,’ because we had just finished a record together,” Bayliss said. “I’m real glad I didn’t have to finish it without him.”

After the shock of Cope’s death settled, band manager Derek Stanley broached the topic of pressing on. There was never a question otherwise, Bayliss said, and the first show back was at Billy Bob’s Texas in Fort Worth, and while there was obviously some trepidation about climbing on that stage without Cope by his side, the fans in attendance made it easier, he said.

“There will never be another Rowdy, and it’ll never be like it was, and I think the fans know that,” he said. “They’re not expecting anything other than that, and so they really make the night what it is. If it’s a good night, it’s because the fans make it a good night, and that eases some of the thoughts and the nervousness or whatever.”

Just don’t expect to hear one of the new ones, which stands as a stark reminder that Bayliss is carrying an emotional load whenever he steps up to the microphone, knowing he’ll never hear his old friend help him carry the weight. The song is “Ole Pal,” and while it was obviously written before Cope’s death, it’s an eerily prescient number that’s almost too heavy to perform, Bayliss said.

Sample lyrics: “Ole buddy, ole pal, I need to talk to you right now / but I’ll just drive by your old place again / ole buddy, ole pal, if I could call you up somehow / I’d lie and tell you that I’m gettin’ by without my best friend .../”

“We had to do it for the record release show, and it was a hard one, for sure — for me, and for everybody in the room,” he said. “When the crowd’s feeling it, it just flows over the stage and into the audience, so that’s one that don’t make it on the setlist a whole lot now.”

Steve Wildsmith was an editor and writer for The Daily Times for nearly 17 years; a recovering addict, he now works in media and marketing for Cornerstone of Recovery. Contact him at wildsmithsteve@gmail.com.

PERFORMING WITH: The Dirty Roses

“Ole buddy, ole pal, I need to talk to you right now /

but I'll just drive by your old place again /

ole buddy, ole pal, if I could call you up somehow /