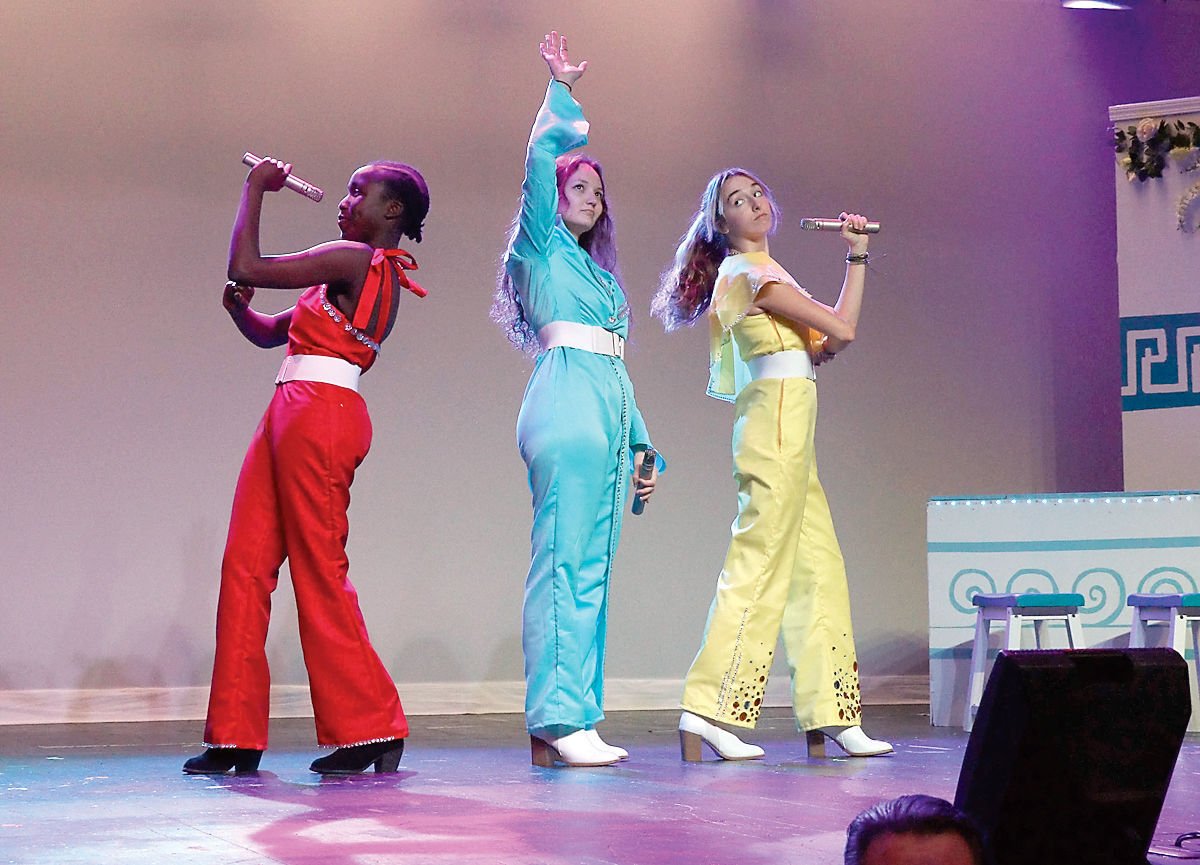 Theater students at Maryville High School rehearse scenes from “Mamma Mia!” Livia Odoi (from left) as Rosie, Lillian Snead as Donna and Addison French as Tanya perform one of the dances to the iconic music of ABBA. 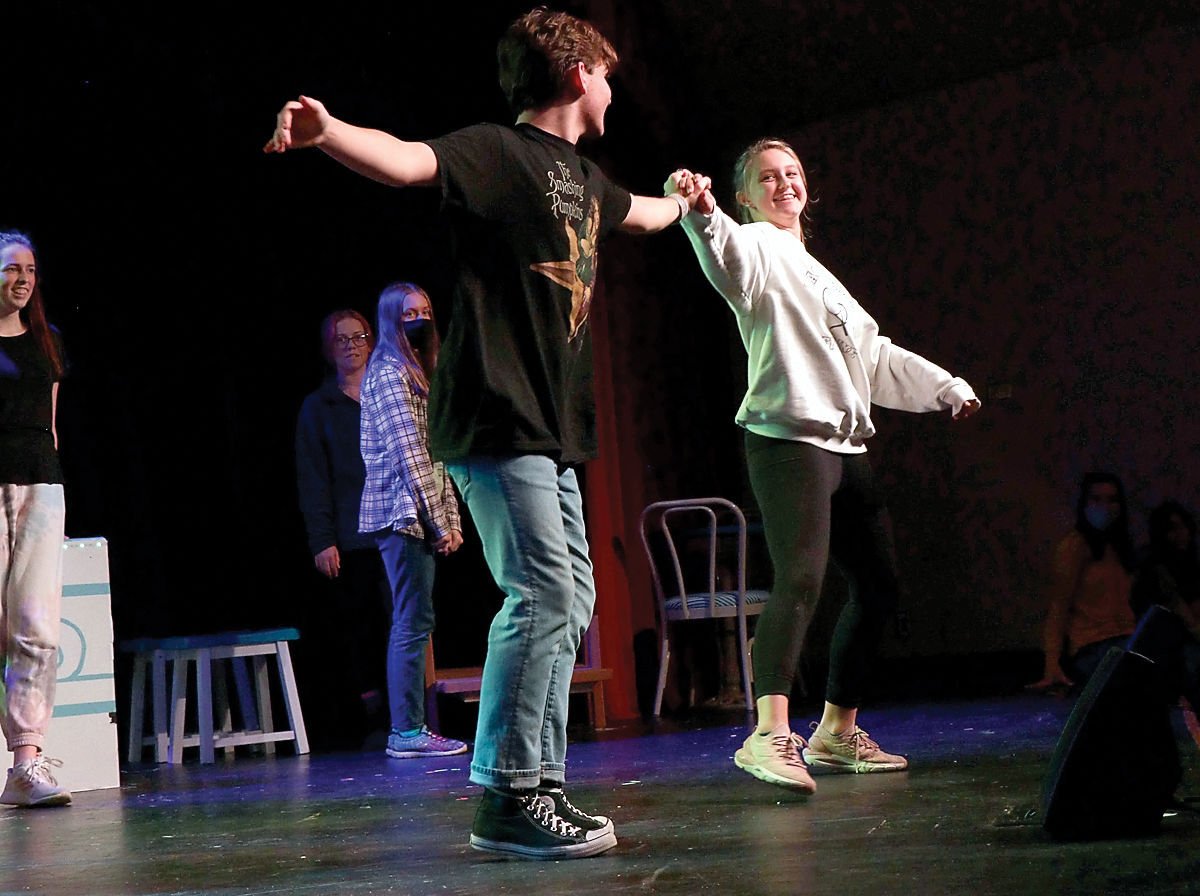 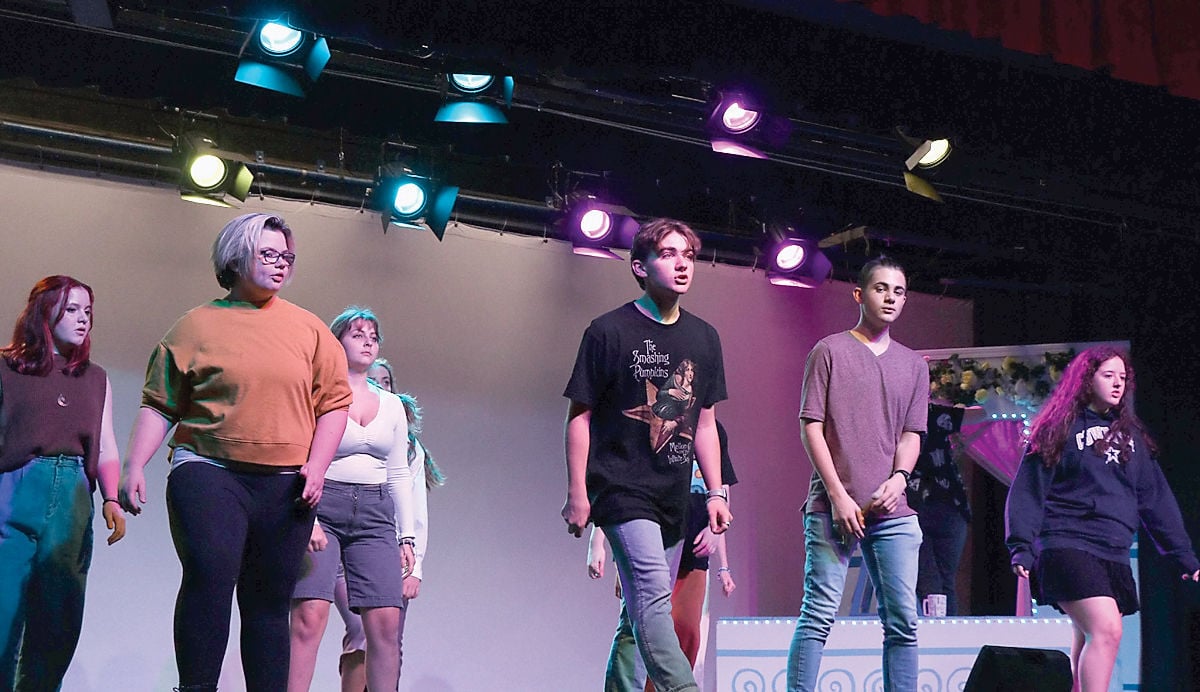 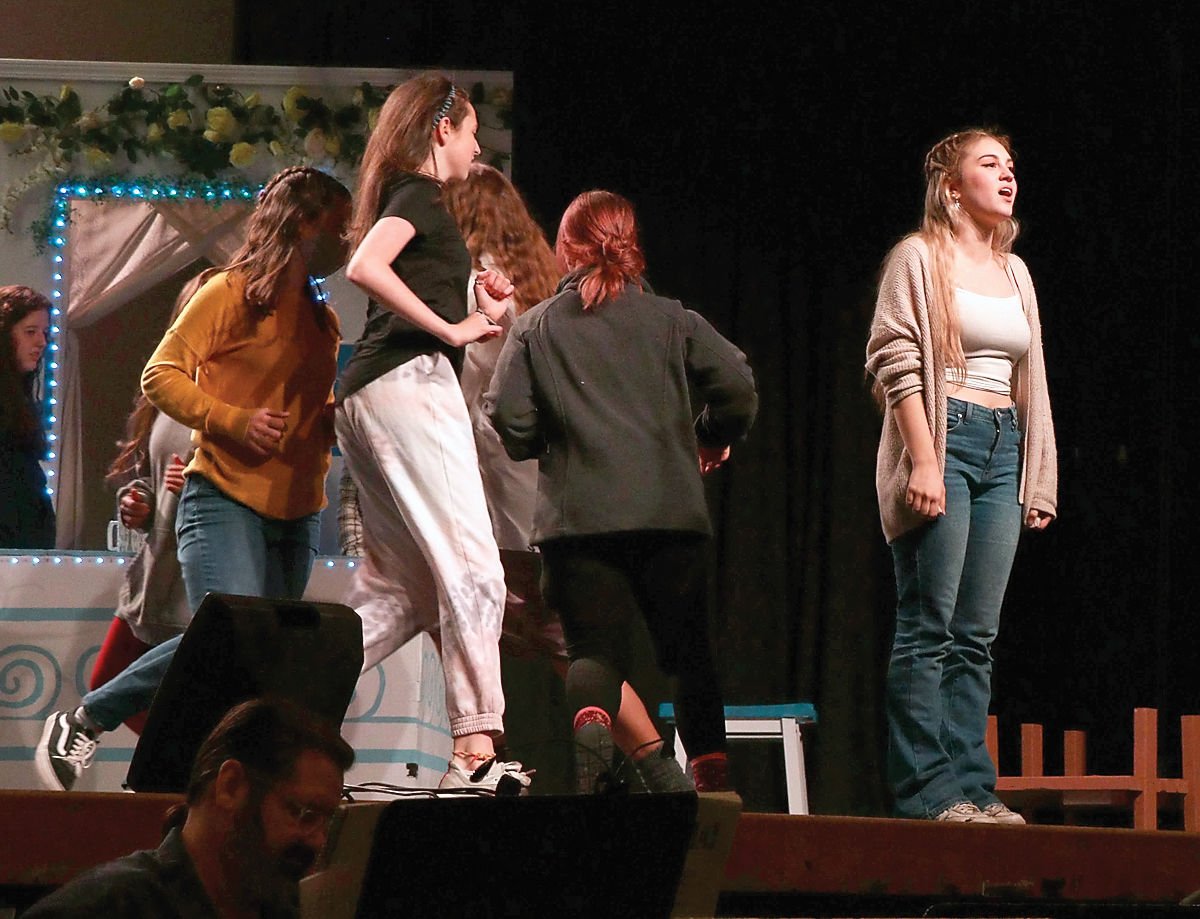 Theater students at Maryville High School rehearse scenes from “Mamma Mia!” Livia Odoi (from left) as Rosie, Lillian Snead as Donna and Addison French as Tanya perform one of the dances to the iconic music of ABBA.

The student actors on stage for Maryville High School’s upcoming production of the musical “Mamma Mia!” will be shocked if they don’t hear their audiences singing along.

Some audience members might even prefer to do some dancing in the isles to iconic tunes like “Dancing Queen,” Take a Chance on Me,” “Knowing Me, Knowing You,” “Waterloo” and “SOS.” The play is based on the songs composed by the Swedish pop/dance band ABBA in 1975, long before any of these kids were born.

But many of them saw the movie adaptation starring Meryl Streep, Colin Firth and Pierce Brosnan that came out in 2008. A sequel was released 10 years later.

Lillian Snead, the only senior in the musical, plays Donna, the mother of Sophie, who is being married on a tropical island. The character, Snead said, is someone who has worked hard all of her life and not been so lucky in love.

“She is fiercely independent,” Snead said. “She knows what she wants and she works for it. It’s kind of a problem because she refuses help from anyone. She takes it too far and makes herself lonely.”

The plot centers on the upcoming wedding of Sophie and Sky. Sophie wasn’t told anything about who her dad is, but through some detective work is able to narrow it down to three. She invites them to her wedding, but they each think they have been invited by Donna.

There are tense moments, big dramatic scenes, laugh-out-loud moments and tender scenes all playing out to the huge sounds of ABBA. Of course a disco ball has a place among the charm and chaos.

It is a project two years in the making, said theater arts teacher Clarissa Feldt. The theater department held a fundraiser two years ago to put on a musical; then COVID hit and plans fell away. MHS hasn’t done one since 2017, and Feldt decided this year it was finally time.

“A lot of these kids took musical theater last year,” she said. “Now they get to put that into practice.”

Erika Hill has been busy over the last several weeks as the lighting designer. “Mamma Mia!” is a big production with big scenes and big songs, she said. All involved are ready, she promised.

Will Irvine is a cast member who plays one of Donna’s former love interests, Sam. He is one of the men suspected of being Sophie’s father. Irvine said Sam is full of apprehension after finding out he was brought to the island under false pretenses. He was Donna’s first love.

Irvine was more than prepared to pull off this mammoth musical. He’s been in several productions in community theater groups and also at MHS.

Because this is such an iconic production, Feldt hired a music director for this one. Robby Clemens is a former student at MHS and also student actor. It has been his job for months to teach these catchy songs to the cast.

There is also a professional band to play each of these ABBA classics. Clemens is one of them.

“We have seven musicians including me and an astonishing four keyboards,” he explained. “Which never happens. The keyboards are needed for the huge sound effects, he said. There is also a drummer, bassist and guitarist.

Others in the cast include Eliza Kate Bonneville as Sophie; Carter Twiner as Harry Bright; Gia Terry as Bill Austin; Sky is played by Kyler Anderson, while Livia Odoi is Rosie; Arrowyn Casenheiser takes on the role of Lisa, and Ashley Blair is Ali. Caleb Sexton is Pepper and Mal O’Neal takes on the role of Eddie and Caroline Miller is Father Alexandrios. Addison French is Tanya.

Clemens and Feldt both know expectations will be high for these performances. Snead and Hill said they aren’t worried. “It is going to be amazing,” they both said.

It has been an all-consuming experience, Snead said. “I will not remember any of my math classes next semester but I will remember ‘Mamma Mia!” she said.

The talent is here to make this show unforgettable, Feldt said. She said she chose “Mamma Mia!” because it is fun to do and has songs that are so enjoyable. It will be an opportunity for actors and audience alike to fully embrace an escape from reality, she added.

Plus, she’s always been a huge fan of ABBA and the ‘70s-era sound.

“I have always loved ABBA and the Bee Gees, but the Bee Gees don’t have a musical yet so I couldn’t do that one,” Feldt said.

Students, faculty and others have stopped by in recent days to hear the students as they sing and dance on stage during rehearsals. Anticipation has been building.

“Everyone knows ‘Mamma Mia!’ Clemens said. ‘It has a timeless appeal to it.”

Maryville High School Theater Arts will present the musical "Mamma Mia!" at 7 p.m. on Nov. 18 and 20, and at 2 p.m. on Nov. 21 in the school auditorium. Tickets are $8 for students and $15 for general admission. Tickets are available at GoFan.com, or credit cards will be accepted at the door.